Where To Watch Shop Store Contact
Home / Stories / The Happy Days ghost girl dated Hutch of Starsky & Hutch in the real world
Did you know? 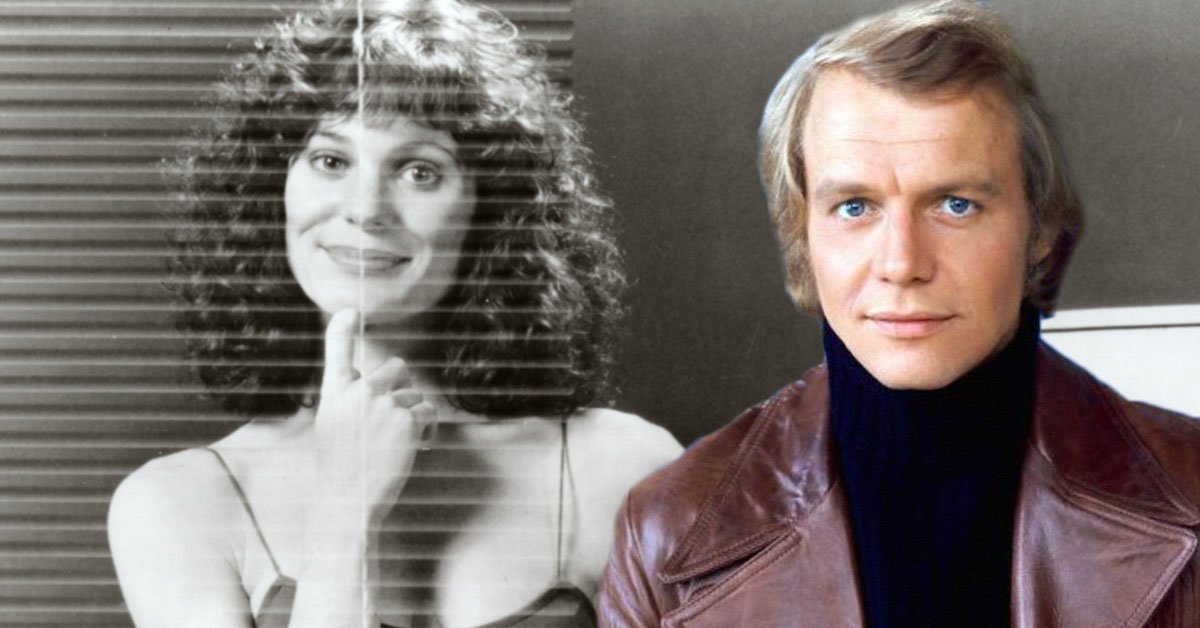 In the final season of Happy Days, an urban legend sometimes referred to as "The Vanishing Hitchhiker" snuck into an episode's script.

The episode was called "The Spirit Is Willing," and in it, a woman named Nancy approaches Fonzie as he is working on a Chevy convertible that's recently been in a car accident. She tells him she needs a ride home, and being the gentleman that he is, he takes her to the house.

Upon returning to the shop, he realizes she left her purse behind, but when he goes back to the house, he finds out that Nancy doesn't live there. The woman who does currently live there tells him the previous owner's had a daughter who died in a car accident, though.

Spooked, the Fonz asks the Cunninghams for advice, and the rest of the episode spirals into literal nightmare territory. A true outlier, this horror-tinged episode had an entirely different vibe — even for a show that introduced an alien character in Mork. If you’re a fan of Happy Days, you likely remember the eerie portrayal of Nancy by the actress Alexa Hamilton. 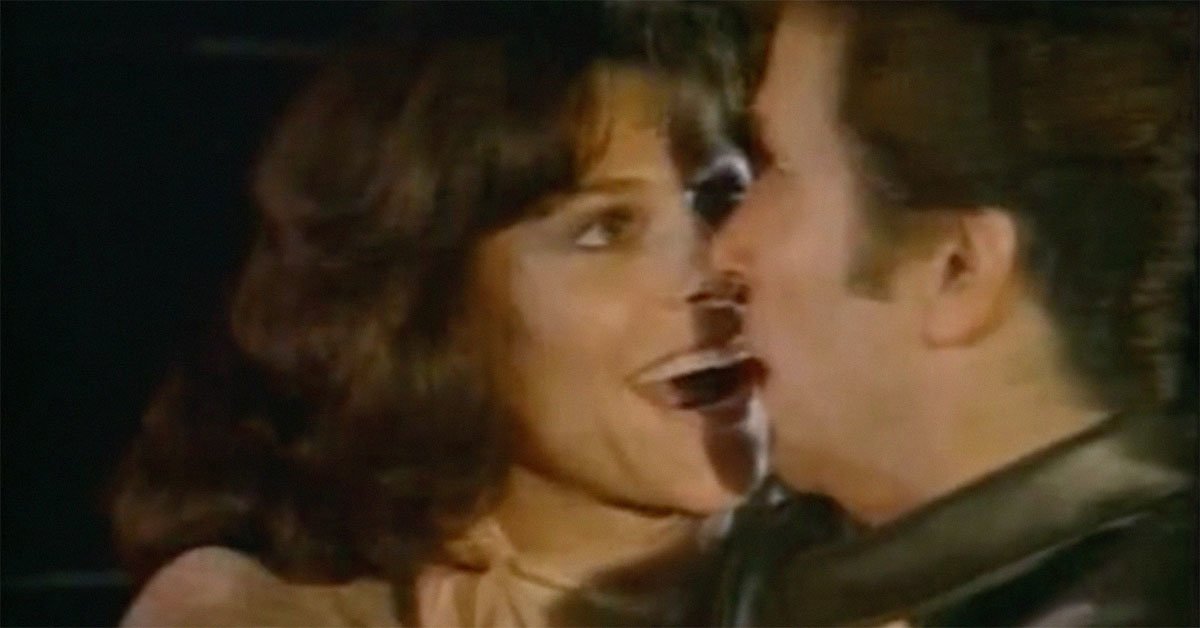 Alexa Hamilton haunts the Fonz in ''The Spirit Is Willing''

Hamilton started guest-starring in TV shows in the 1980s, including appearances on The Greatest American Hero, CHiPs, Trapper John: M.D., and Matlock. You might remember her as the title character in the 1983 made-for-TV version of The Invisible Woman with Bob Denver (pictured at the top). A lovely brunette with bright eyes, she also had a recurring role on HBO's early original sports comedy series 1st & Ten. 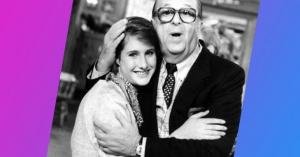 Did you know?
Happy Days was the only time Cathy Silvers got to work with her legendary dad Phil Silvers

Hamilton continued acting in the Nineties, which was when she struck up a romance with a different Seventies TV stud in the real world: Starsky & Hutch star David Soul.

Hamilton and Soul fell in love after Soul's fourth marriage ended in 1993. Smitten, Soul left L.A. to live with Hamilton in England, where the pair appeared together in plays. It would seem he didn't miss being a local celebrity at all, from this interview he gave with The Guardian in 2000, "You make a mistake if you seek celebrity, and there are a lot of people who do seek it, but celebrity is not a career. You have to have resiliency and understanding about what it's like dealing with adoration, but celebrity is like ice cream: It melts."

Soul even started directing plays and made a joke about what it was like the first time he had direct Hamilton onstage: "It may be the only time in my entire life I get to tell her what to do so I'm going to enjoy it. Usually, I'm the one directed."

Soul and Hamilton eventually split, and Hamilton continued appearing on TV, with her most recent appearances portraying a British ambassador on NCIS in 2018. 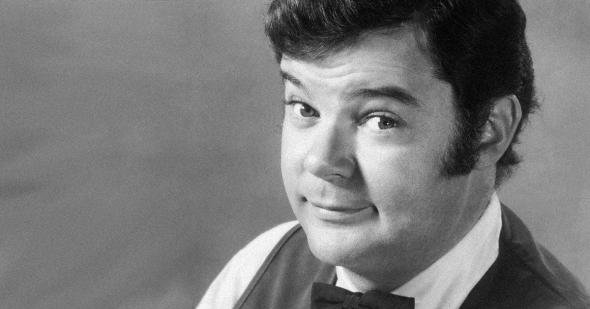 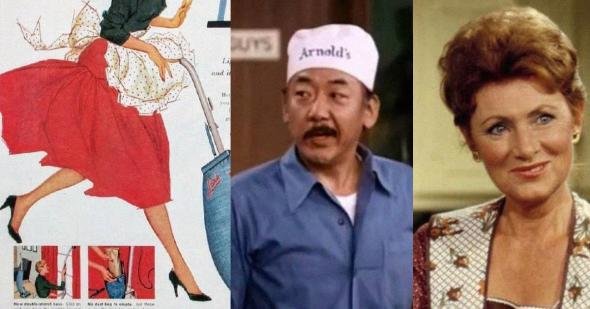 Did you know?
Marion Ross once came to Pat Morita's rescue after a mudslide destroyed his family's home

Did you know?
Henry Winkler adored Fonzie's soulmate but said he "straightened out too much"
Are you sure you want to delete this comment?
Close

JediJones 23 months ago
A Growing Pains Halloween episode had a segment using this same urban legend where Mike picks up a female hitchhiker and then later finds her grave after dropping her off.
https://www.paleycenter.org/collection/item/?q=what&p=352&item=B:23134
Like Reply Delete

justjeff 26 months ago
The plot of this episode can be considered somewhat of a ripoff of the 1965 Dickey Lee record "Laurie (Strange Things Happpen)".

In the song's story the boy meets a girl named Laurie on her birthday. Later on, when he sees her home he realizes she's forgotten her sweater after she goes inside.

The young man knocks on the door and an older man answers. Explaining why he was there at the door, the man tells the youngster that he was mistaken. His daughter died on her birthday a year ago that day...
Like Reply Delete

MrsPhilHarris 26 months ago
I don’t remember the episode. Must have stopped watching by then.
Like Reply Delete

TheDavBow3 MrsPhilHarris 26 months ago
Me too, thank goodness
Like (1) Reply Delete

RedSamRackham jh4306 26 months ago
* So did the M*A*S*H episode with the dead soldier that only Klinger could see and hear! ☺
Like (1) Reply Delete

Or drag a file here to upload
texasluva 26 months ago
It appears David had many "love at first sight" episodes. Though he and Alexa were together 10 years they never tied the knot. He now has been married 5 times. A wandering Soul.
Like (2) Reply Delete

stephaniestavropoulos texasluva 26 months ago
The one I think he saw the most was Lynne Marta. She appeared on S&H at least twice. They lived together all throughout the S&H run, although they dated others. Not only was she an actress, she was also a songwriter and singer. In the 1978 episode, "Quadromania" she sang (and composed,) the song: "Nobody Loves You Like I Do." On the "B" side to "Don't Give Up On Us," she sang a duet w/David: "Black Bean Soup." I think at the end of one of the eps. David is at Starsky's place, {I think,} and he {I think Paul joins in as well;} holds an impromptu "jam session" singing this song.
Like Reply Delete

MarkSpeck stephaniestavropoulos 25 months ago
His first wife was Karen Carlson. They met on Here Come the Brides, though that wasn't her TV debut (she appeared on The Dating Game with Robert Vaughn...I think she was the bachelorette they were trying to match up, and she wound up appearing with Vaughn on a Man From UNCLE episode). And well after they split up, David and Karen wound up together in a pair of Starsky and Hutch episodes (one were she played Hutch's girlfriend, who turned out to be a high-priced hooker and wound up getting killed, the other as an annoying news reporter who tags along with the boys...she would play the latter character, albeit with a different name, a few years later on T.J. Hooker).
Like Reply Delete

stephaniestavropoulos 26 months ago
I didn't need to check [I was pretty well certain I was right, which I was!!:] As is METV's m.o. they have featured an article about an episode,/actor two days before they air said episode. For those that are interested: Tune into HD on 12-9-20. Fonzie didn't stand a "ghost of a chance" with Alexa, neither did David!
Like (1) Reply Delete

ncadams27 26 months ago
This was the basic story line in the song Laurie (Strange Things Happen in This World) by Dickie Lee.
Like Reply Delete