The fascinating history of Morley Cigarettes, the favorite fake brand of Hollywood

The fictional smoke traces back to William Shatner, Robert Redford and a young boy in cowboy pajamas. 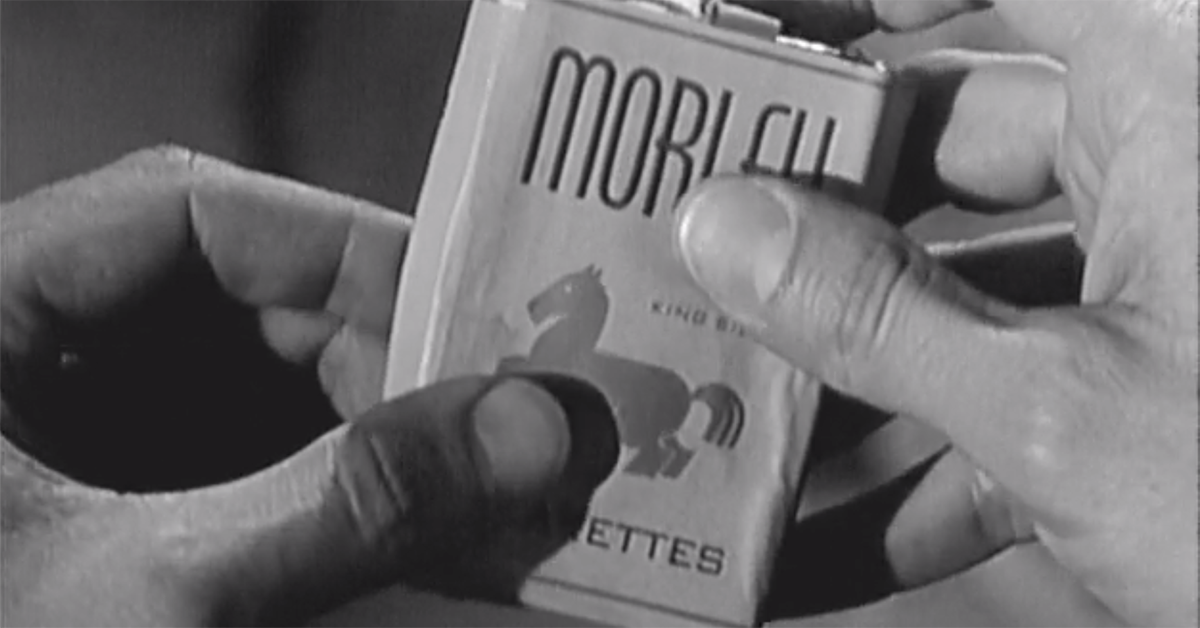 The history of Hollywood's most famous brand of fictional cigarettes traces back to a boy in pajamas. In the thirteenth episode of The Dick Van Dyke Show, Pickles, the ditzy wife of Buddy Sorrell, visits the Petries and pulls a pack of cigarettes from her purse. She hands them to the young Richie, the TV son of Dick Van Dyke and Mary Tyler Moore.

"Here, I brought you a pack of chocolate cigarettes," she says. Richie, wearing his cowboy sleepwear, fumbles with the packaging while sitting on Buddy's lap. The label reads "Morley Cigarettes."

Morleys would not remain chocolate. The brand would soon repeatedly pop up in tobacco form on The Twilight Zone. Jack Klugman, William Shatner and Telly Savalas all carry packs of Morleys in the classic fifth season episodes "In Praise of Pip," "Nightmare at 20,000 Feet" and "Living Doll," as seen below. The smokes also surface in "The Thirty-Fathom Grave" and "Stopover in a Quiet Town." 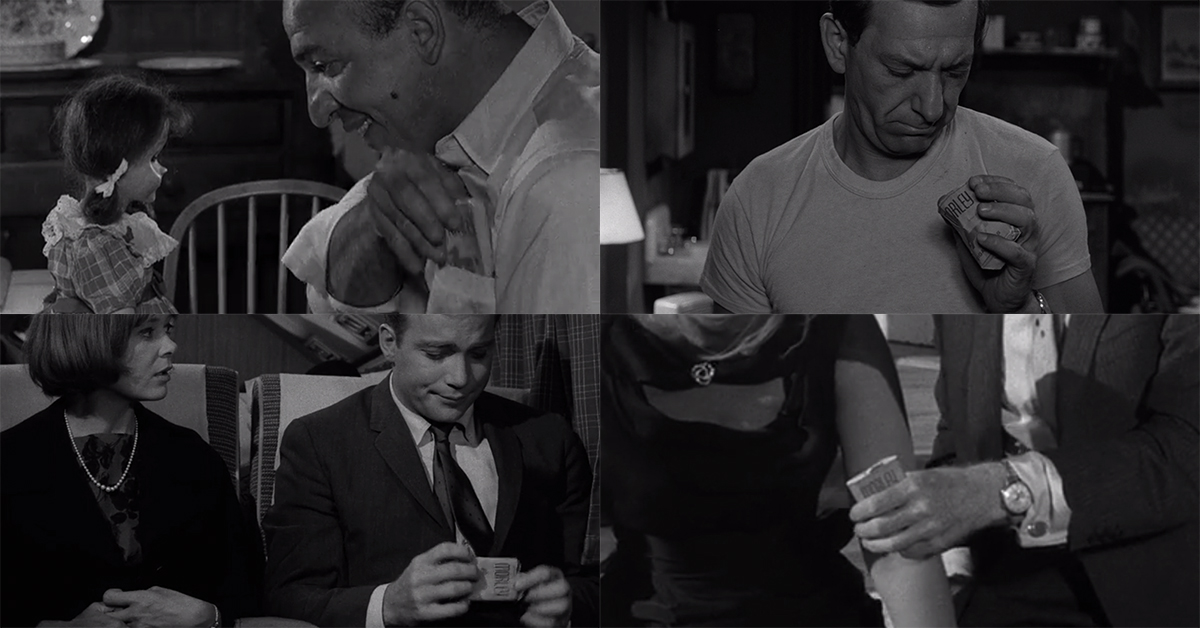 Morley Cigarettes on 'The Twilight Zone'

Flash forward to October 2015, to the post-apocalyptic nightmare of The Walking Dead. Carol, the hardened fan-favorite played by Melissa McBride, finds a pack of Morleys on a dead Alexandria citizen in "JSS."

For over half a century, Morley Cigarettes have appeared on the small screen. Mannix found them in a briefcase. The Cigarette Smoking Man on The X-Files chain smoked them. George Costanza puffs a Morley in an attempt to disgust his fiancée on Seinfeld. In "The One Where Rachel Smokes," the cigs makes an appearance on Friends. Spike, the hip creature of the night on Buffy the Vampire Slayer, sucked on Morleys as well as blood.

The brand's earliest known television appearance is April 5, 1961, eight months before Richie's chocolate treat, on an episode of Naked City. At the opening of "Tombstone for a Derelict," a young punk played by Robert Redford offers a cigarette to a bum, before his gang murders the poor fellow. After the credits, the police show up, and a pack of Morleys is discovered as a key piece of evidence. That's the pack seen at the top of this article. 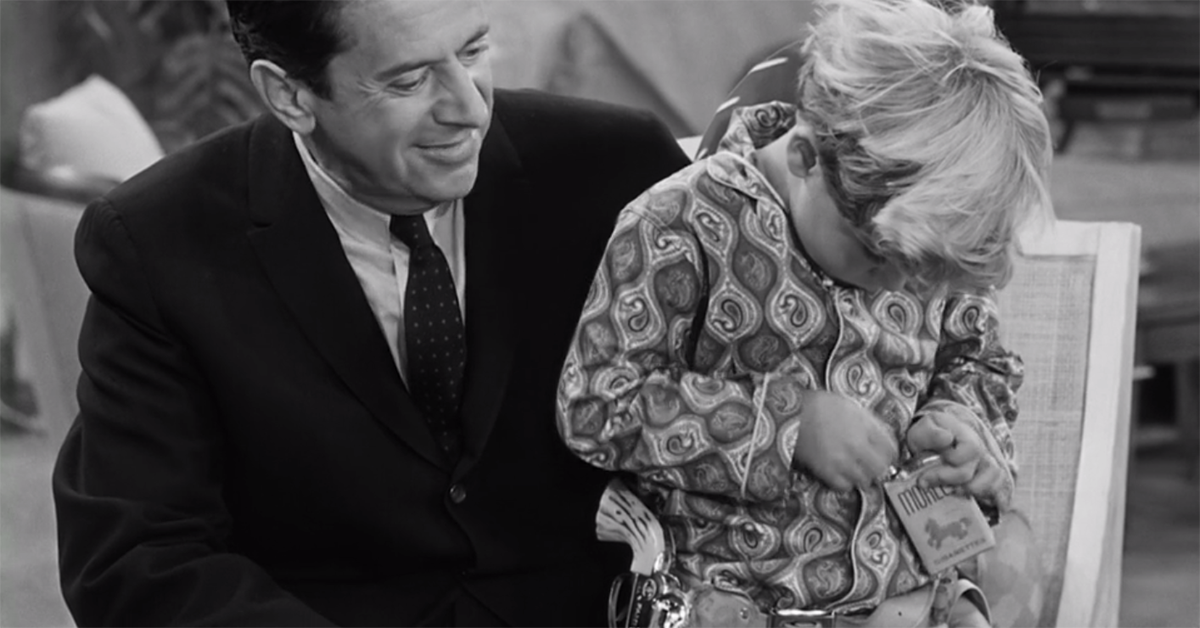 Yet the origin of Morley Cigarettes can be credited, like so many Hollywood tropes, to Alfred Hitchcock. At the end of Psycho, Dr. Fred Richman shakes a smoke from a pack of Morleys before explaining what happened. This film hit theaters in the summer of 1960, making it the first known appearance of Morleys.

Initially, the packaging featured a horse and a deco font. Over the years, the brand morphed into an analog of the red, white and black wrapped Marlboros, with the name "Morleys" sounding quite similar to the nickname "Marleys."

At first, the reoccurring appearance of Marleys was due to convenience. Official brands would require clearance for appearing on camera. Morleys were a sanctioned prop brand. Over the years, the appearance of Morleys became homage, an in-joke, a nod. Today, you can buy a prop pack for $26 online. Who knows, perhaps the phony tobacco co. will branch into e-cigarettes next?

johnmburt1960 14 months ago
I wonder if there are other fake cigarette brands in the Morley Universe...?
Like Reply Delete