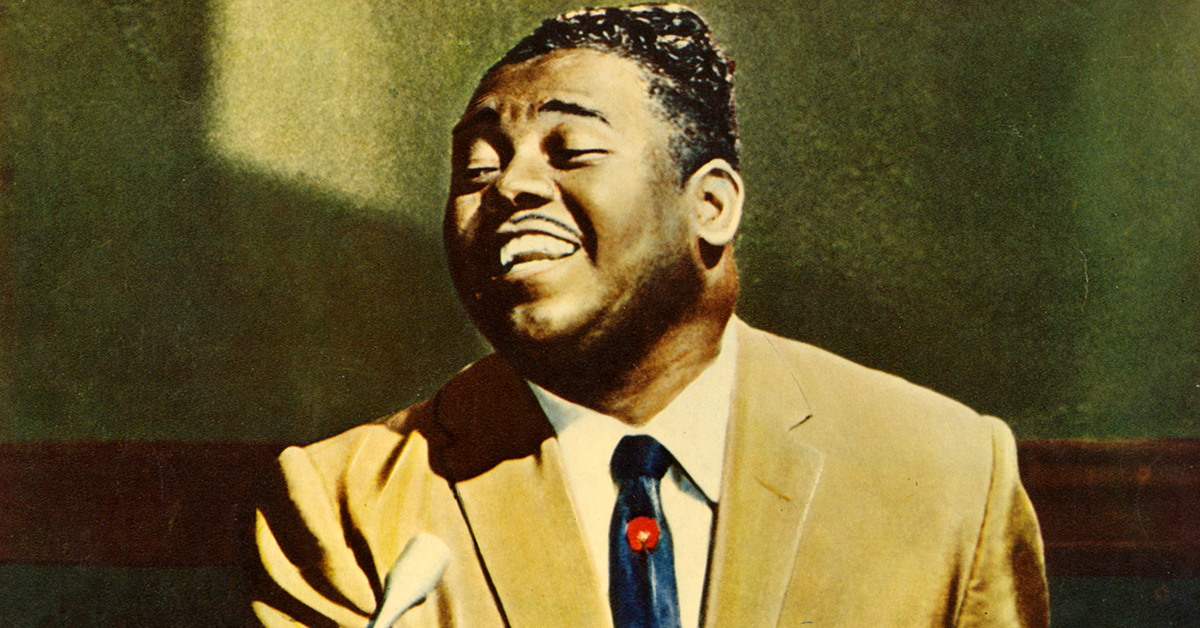 Yesterday, a tremendous part of ealy rock & roll's soul was lost with the passing of legendary artist Fats Domino.

The jangly piano intro to "Blueberry Hill" found its way to No. 1 for 11 weeks in 1956, flying to the top of the charts propelled by the weight of the key-crushing fingers of Fats Domino. For fans of classic TV, the song's first line (as delivered by Fats Domino) "I found my thrill..." comes with an additional leap of fondness since it's what Happy Days' Richie Cunningham sang out any time he met a pretty girl.

His songs soundtracked essential TV and major films, such as "I'm Walkin'," featured on both The Adventures of Ozzie and Harriet and The Blues Brothers. He also appeared as himself in movies (including Any Which Way But Loose) and had many notable performances on TV, including American Bandstand and The Ed Sullivan Show.

In the 1950s, Fats Domino was popular with audiences and critics, and even cited as an influence on everybody from Elvis to Willie Nelson. His songs were recorded by the Beatles, Neil Young, Elton John and many more. To most historians, Fats marked the very beginning of rock & roll with his rattling 1949 release "The Fat Man."

Throughout his life, Fats collected award after award, celebrated with inductions in both the Rock & Roll Hall of Fame and the Rhythm & Blues Hall of Fame. He won his Grammy Lifetime Achievement Award in 1987. Then in 1998, he received the National Medal of Arts and in 2004, while Rolling Stone ranked him in the top 25 of their list "100 Greatest Artists of All Time."