The actress is best known as Caroline Brady on Days of Our Lives. 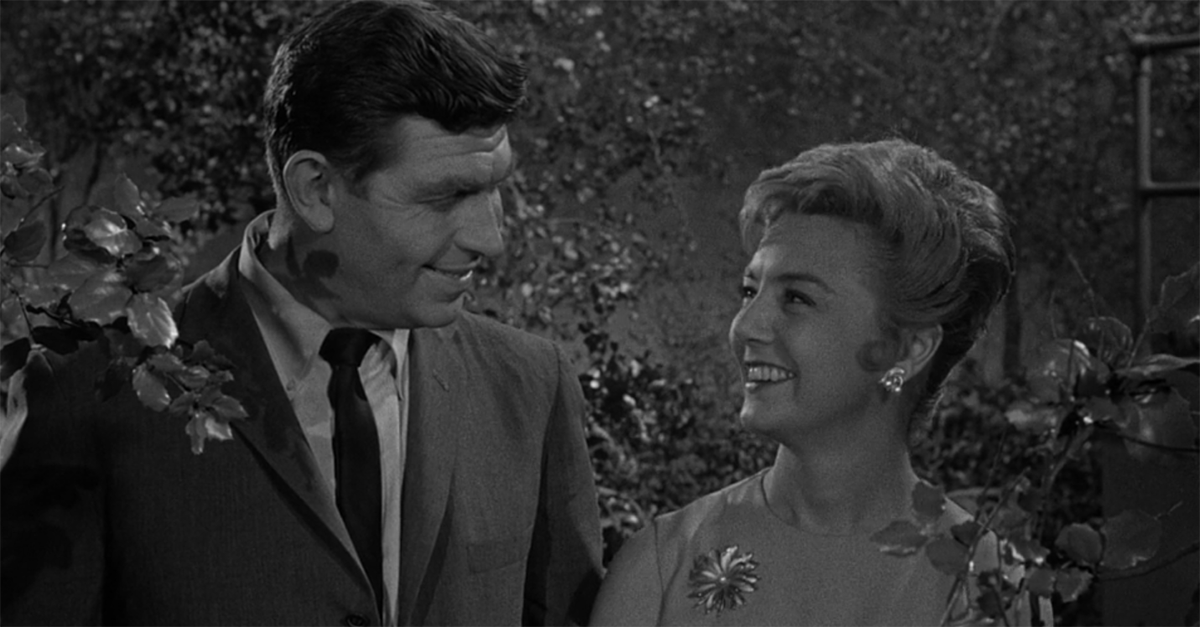 From the 1950s right up to 2017, if you turned on your TV, Peggy McCay was there. She stepped onscreen to play bit parts on dozens of hit shows, was pulled to star in several short-lived series, and ultimately became known for originating major characters in soap operas like Love of Life and Days of Our Lives. However, classic TV fans might possibly remember her best for a role she took in 1963.

On The Andy Griffith Show, McCay played Andy Taylor's high school sweetheart in the memorable episode "Class Reunion." As Sharon DeSpain, when McCay appears, Andy's heart goes soft, and they share a dance then a moonlit stroll. As they walk off, Barney Fife sighs, “It was one of the great natural romances of all time, and it’s still going on.” 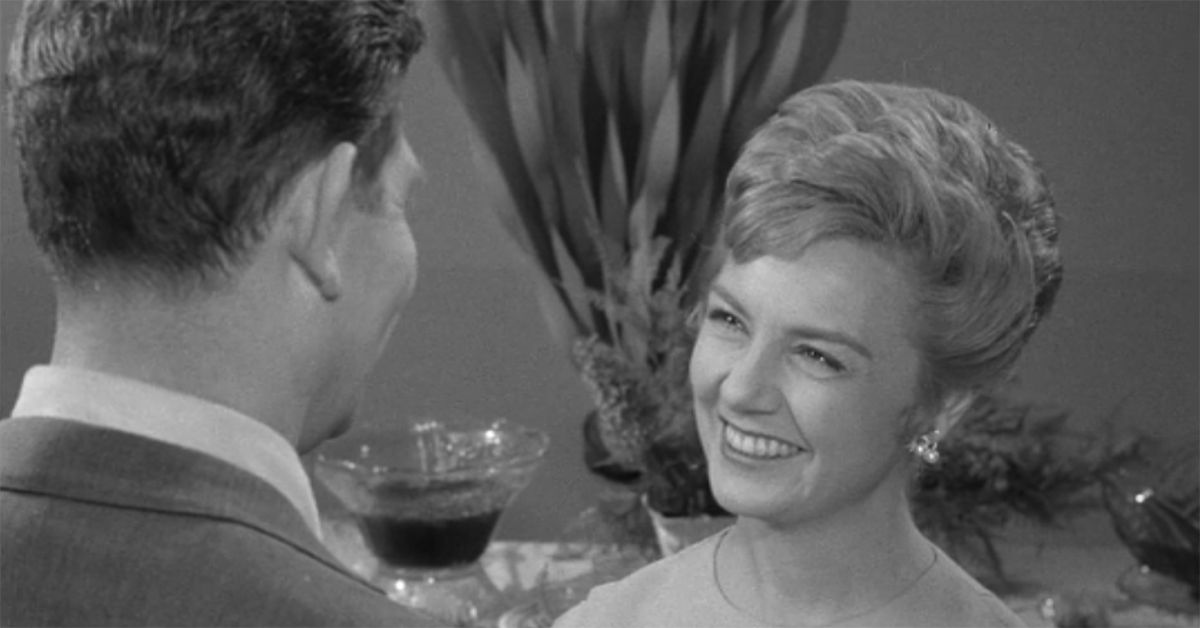 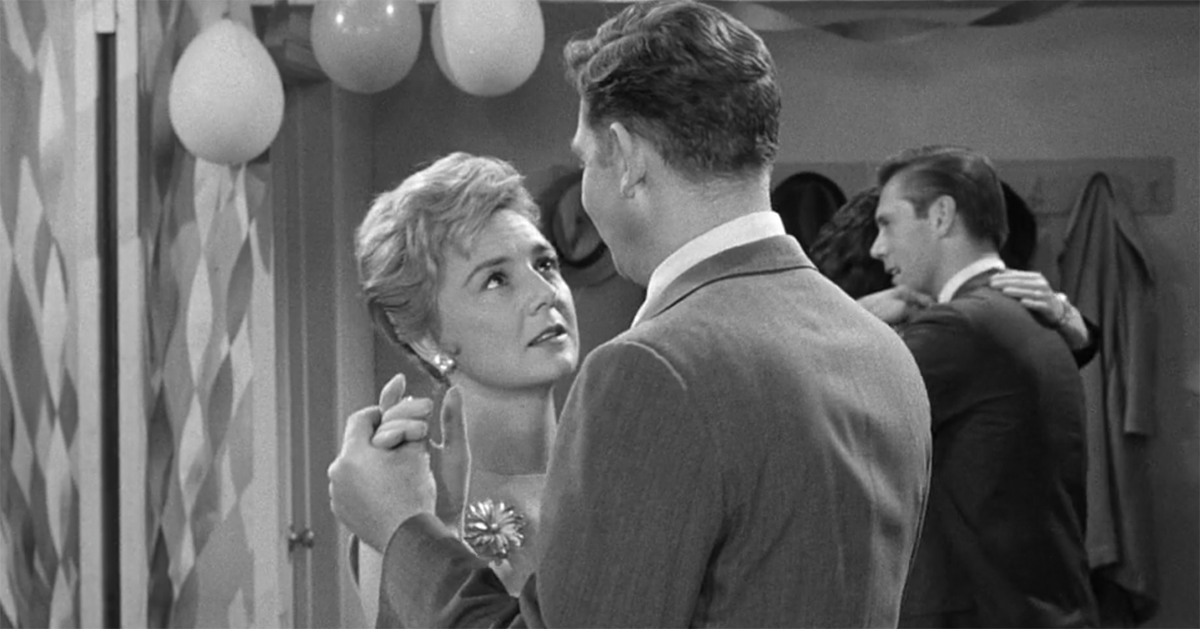 McCay didn't just play sweethearts, of course. We saw her step into Perry Mason's court as a defendant in "The Case of the Long-Legged Models." On Bonanza, she was the one who took care of a badly injured Little Joe for the charged episode "Bushwhacked!" Later on Gunsmoke, she plays the wife of Matt Dillon's oldest friend, who takes over as sheriff of Dodge City when Dillon's too badly injured. One of her earliest roles was on Alfred Hitchcock Presents, where her character opens up the episode with a juicy bit of gossip. 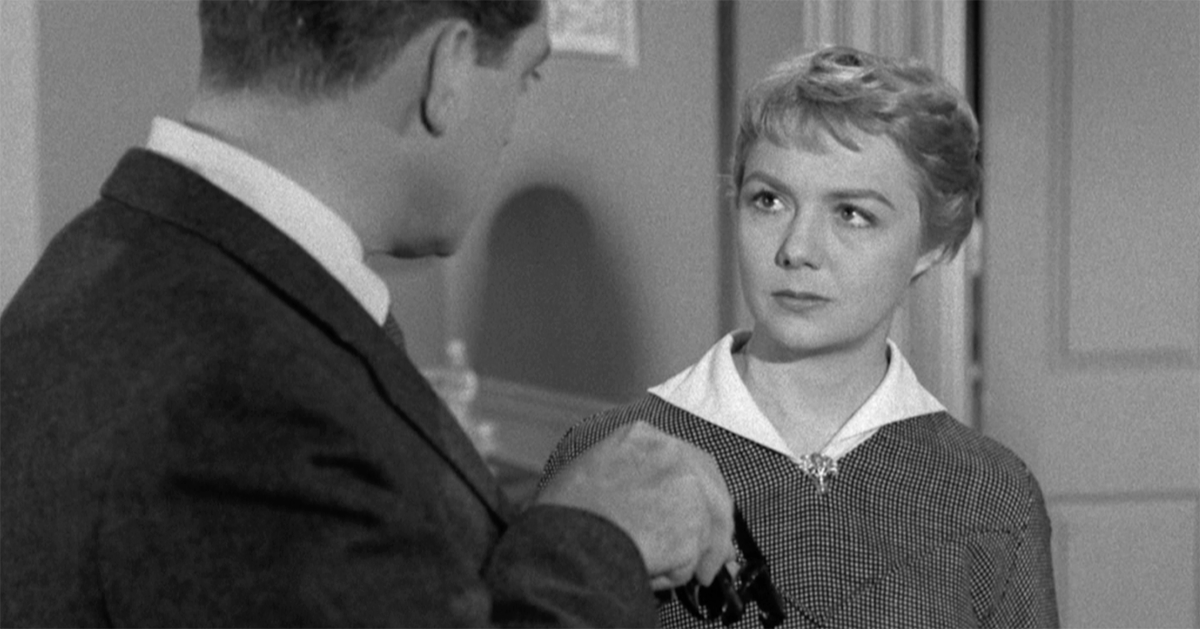 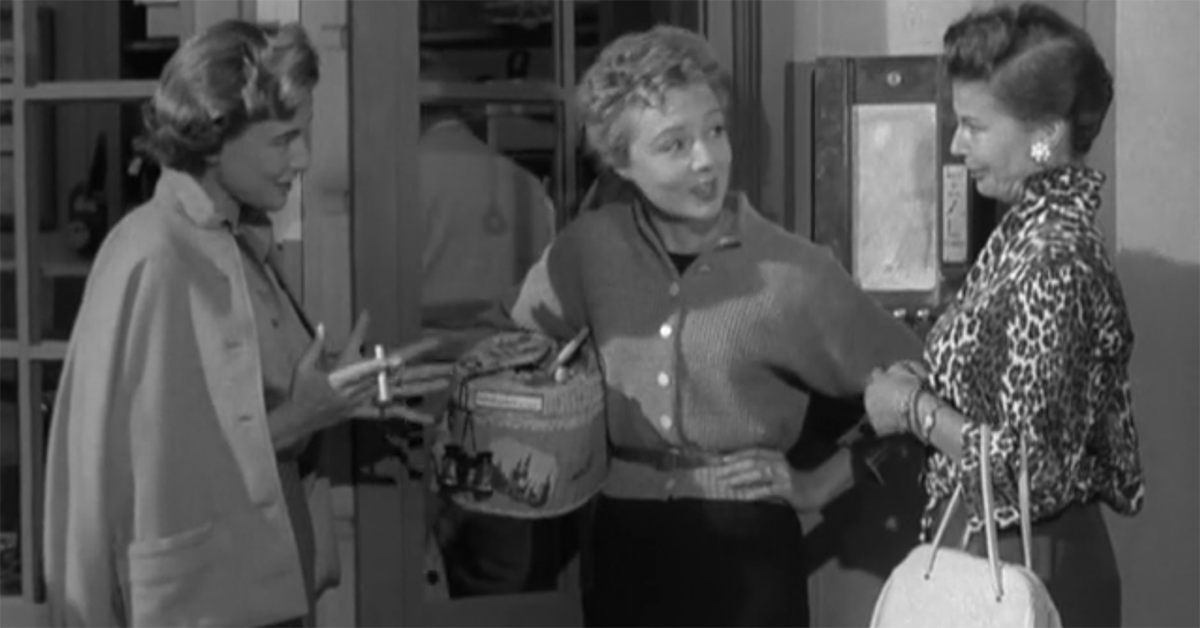 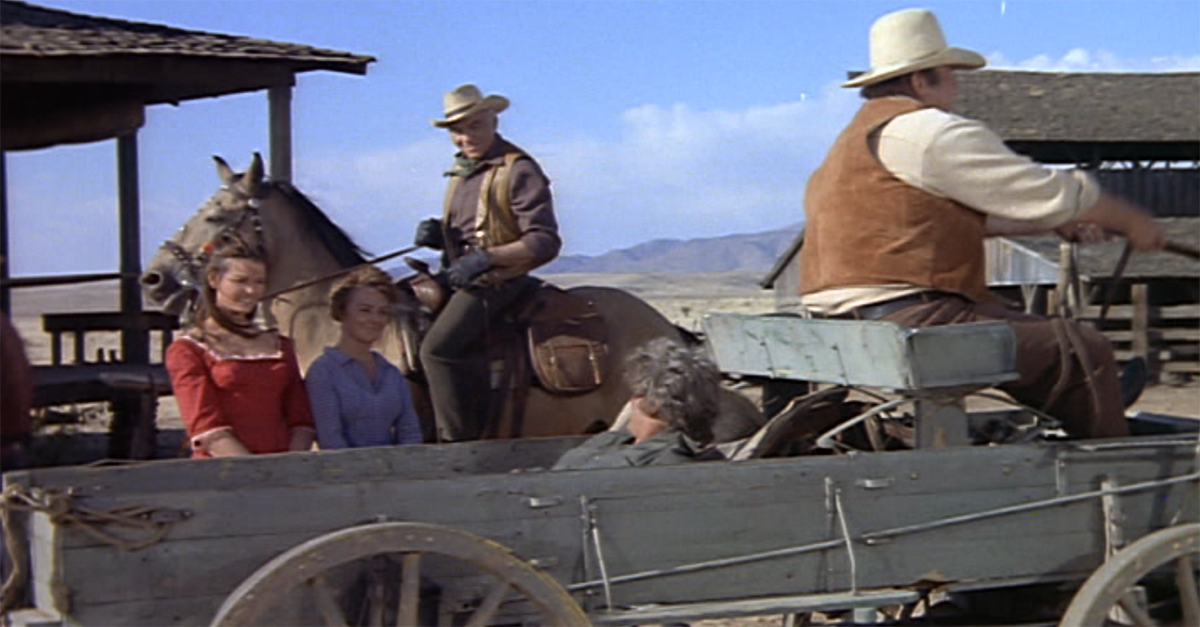 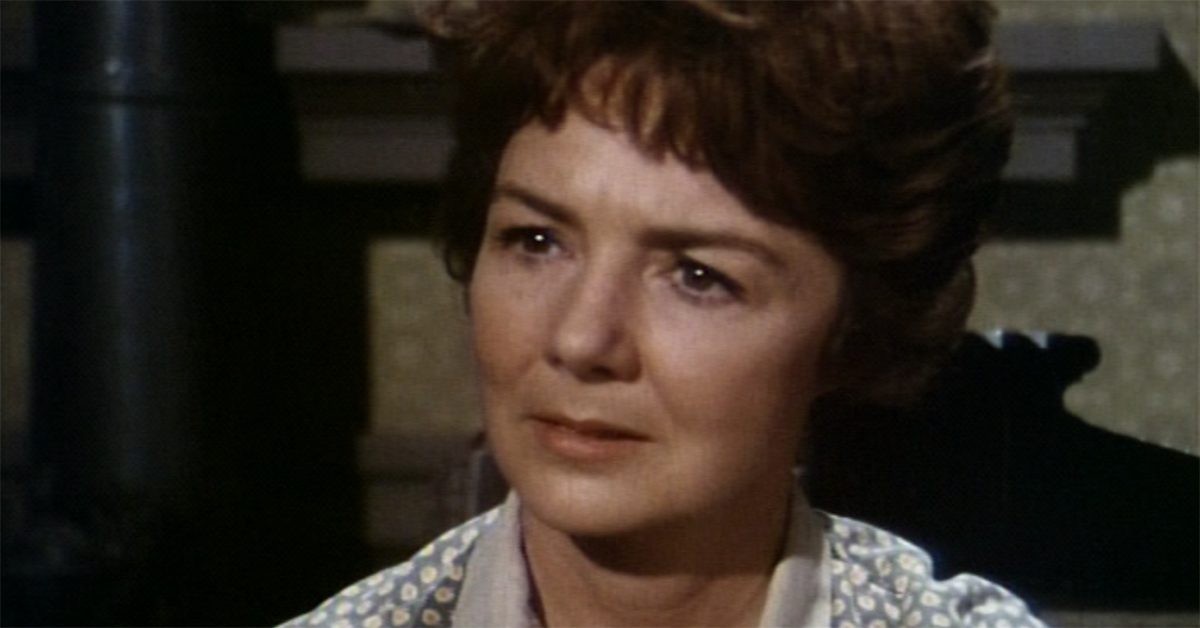 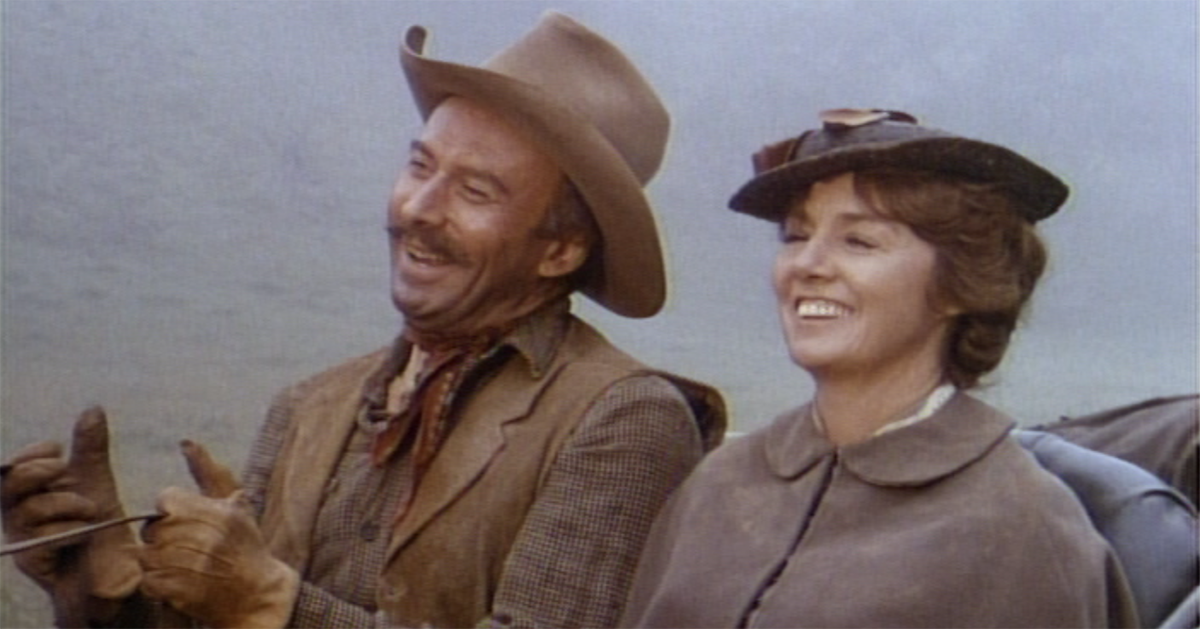 In the 1960s, she also stood out as a TV star on The Young Marrieds and Room for One. In the 1970s, she took on recurring roles on Lou Grant and How the West Was Won. Through the 1980s, she was on Newhart, The Jeffersons, Cagney & Lacey, and then at last in the 1990s, they handed her a much-deserved Emmy for guest starring in an episode of The Trials of Rosie O'Neill.

On October 7, the prolific TV actress Peggy McCay passed away at the age of 90.

ChrisTopher 20 months ago
Ive watched TAGS now for 40 something years. I adore the characters. Ive brought my son up based on some of the very morals presented in the show. There's hardly a line delivered that I dont know by heart. The one Barney says at the reunion, " It was one of the great natural romances of all time, and it's still going on', just doesn't hit me too well. Why did the writer *inject "natural". Why wouldn't it be? Am I the only one that feels like that?
*I borrowed "inject" from ole Barn by the way :) *
Like Reply Delete

ETristanBooth 50 months ago
I didn't really like the character Sharon DeSpain. When Andy tries to convince her that she could be happy living in Mayberry, she says "I don't care for that" in a way that just sounds haughty to me. It's not that I disagree with her--Mayberry would be kind of a dull place for a lot of young ambitious people--but it was the way she said it.
Like (1) Reply Delete

MrsPhilHarris 50 months ago
That episode was on recently.
Like (1) Reply Delete

harlow1313 50 months ago
"Do the tears on your pillow bespeak the pain that's in your heart?" - Bernard Fife, form the episode in which she appeared.
Like (1) Reply Delete

harlow1313 harlow1313 50 months ago
Correction - Andy Taylor said this to Bernard, who concurred.
Like (2) Reply Delete

dgant harlow1313 28 months ago
Barney said it. I just watched that episode. He yells it after Ramona Wiley doesn’t recognize him.
Like Reply Delete