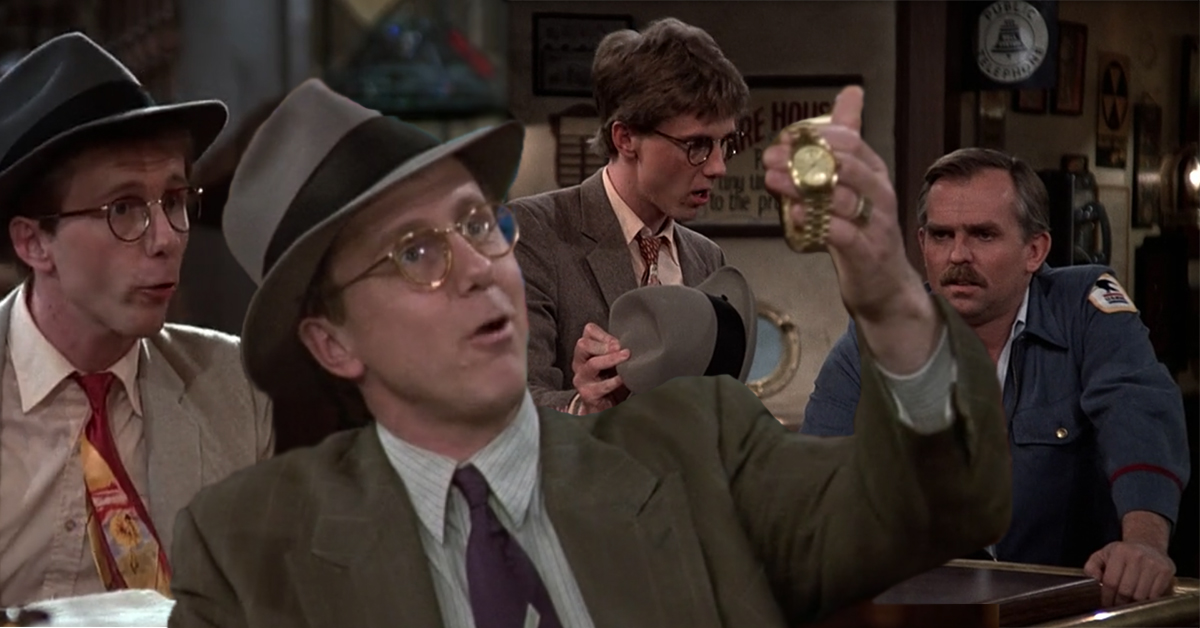 As a performer, Harry Anderson's legacy stretches beyond the small screen. He was a magician whose antics earned him the nickname Harry the Hat, a character he later shared with the masses on Cheers. His wild imagination led him to become the kind of entertainer who landed on The Tonight Show Starring Johnny Carson and Saturday Night Live.

It wouldn't take long for a sitcom to shape around a comedic talent like Anderson, and when it finally happened in Night Court, viewers spent nine seasons forming the verdict that Harry Anderson was the kind of actor who instantly became a classic sitcom treasure.

Before Harry T. Stone ever pounded a gavel, we met Anderson in the very first season of Cheers. His character, Harry Gittes, appears in the fourth episode, trying his best to pull one over on Coach. We'd watch him drop into the bar over the course of all 11 seasons of Cheers, swindling customers with phony Rolexes, or playing relatively harmless tricks on Cliff. What Anderson became on Cheers was what every guest star on a sitcom aspires to be: a character as rich as any cast member. Revisit his first stop into Cheers to remember:

For his performance as Harry Stone on Night Court, Anderson was nominated for three Emmys, but it wasn't just his skill in bringing a character to life that he brought to his best-known role. He also contributed screenplays, serving as a writer on five episodes, including "Death Takes a Halloween" and the memorable two-part arc of "From Soup to Nuts." He also contributed his spectacular wit to shows like Tales from the Crypt and Dave's World, demonstrating even more versatility as an inspired comedic mind.

On April 16, Harry Anderson passed away at the age of 65. His costars and cast mates remembered him on Twitter:

Harry Anderson. He was wicked smart. He was wicked funny. He had a big laugh. He had a big heart. He delighted in legerdemain especially when he caused someone to scratch their head and proclaim; How the hell did you do that? And he could eat a hamster like no one I ever knew.

When we were shooting Night Court, Harry lived in Seattle, so he would be without his family during the week. I visited and had dinner with him there when I worked in town, and he came over for dinner with me in... https://t.co/SsmCRa86Vv

Oh gee no.. RIP Harry Anderson, one of the nicest guys on earth. A pleasure to work with, to know. He did so much for others, helping kids, doing so much charity work. His memory will truly be a blessing.

We’ll miss you, Harry Anderson. The honorable Judge Harry Stone is forever in our hearts. pic.twitter.com/CvI61zGKQx