Where To Watch Shop Store Contact
Home / Stories / Raymond Burr played all these crazy pranks behind the scenes of Perry Mason
did you know?

Barbara Hale threatened to get a real lawyer. 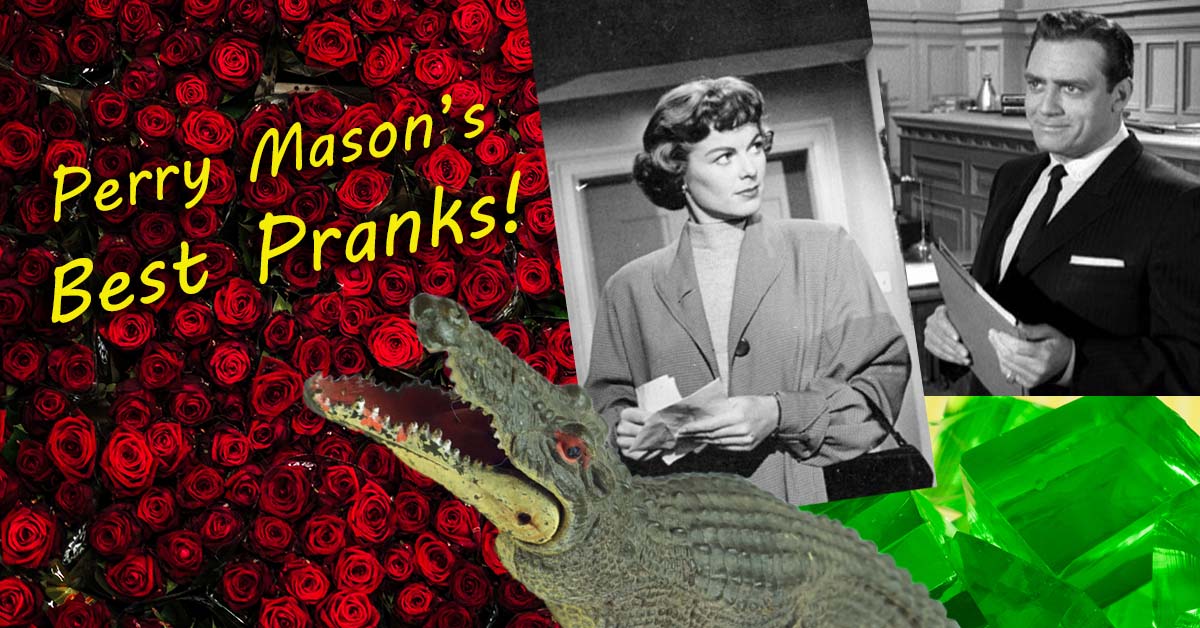 Suited up, the Perry Mason we watched onscreen was like the John Wayne of the courtroom: emotionless and all-knowing. Thus, it's hard  to imagine the stoic figure in that suit, Raymond Burr, acting more like court jester between scenes than the rigidly righteous lawyer he portrayed.

But it's the truth, and Perry Mason is nothing without the truth, so today, let it be known: Raymond Burr was a merry prankster behind the scenes of Perry Mason. And his most frequent target? His Della Street costar, Barbara Hale.

"It went on for weeks," Hale said in the biography Hiding in Plain Sight: The Secret Life of Raymond Burr. "He just never stopped playing gags."

Burr's pranks were all over the map. Some were amusing, like hiding a baby alligator in a dresser drawer Della would open. Others were even a little sweet, such as filling Hale's "entire dressing room" with flowers from floor to ceiling, door to door.

But as the one-sided prank war waged on, Burr got more and more emboldened — which frankly sounds a little like the criminals who expect to get away with all their crimes on his show.

The gags got a little more personal. For example, he took the time to hide Hale's car, submerging it in lumber so it was camouflaged from her view one day.

Another time, he snuck into her dressing room to fill her toilet up with green Jell-O.

There was even one time where Burr fished through Hale's early studio photos and printed a large-scale leopard-printed bikini shot to hilariously prop up in the judge's chair during shooting. Hale said it was all good-natured fun, but for the actress who played the TV secretary who always stands by her man, at one point, even for her, enough was enough. 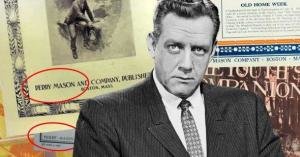 Did you know?1950s
The character name Perry Mason was lifted from a children's magazine

Here's where Hale finally decided to draw the line. "He once took everything out of my dressing room. He had a truck come and get it. It went on for two weeks and I said, 'Raymond, this is enough. You get my stuff back to me or I am going to get a real lawyer.'"

In the book, Hale recalled that Burr fired back a quip that would likely win any Perry Mason fan to his side, "Nobody beats Perry Mason!"

And in the end, Burr did deliver her stuff back, with just one hitch. Hale said, "Anyway, he brought it back, and they called me from the set and a moving van was at the gate: He had given me the bill."

Of course, on Perry Mason, the whole cast formed a loving family both onscreen and on set, which made even the most extreme prank an acceptable game between the actors. Hale said in the book, "It was just amazing. We became very good friends. It was an extended family."

Jeffrey 32 months ago
Please Me-TV never let PMason go....it is a show that makes you think and those kind of shows esp nowadays are very rare...and yes I had/have a crush on Barbara Hale:)
Like (1) Reply Delete

RedSamRackham 38 months ago
Bizarre that Lt. Tragg always arrested the wrong murder suspect and that Perry (with help of PI Paul Drake) always proved him/her innocent by exposing a subpoenaed witness in the courtroom as the real killer. ☺
Like Reply Delete

Runeshaper 39 months ago
Sounds like Perry was quite the trickster. Glad that Della felt like he was family. These types of stories always make me smile, to know that the cast had fun off the set as well :)
Like (1) Reply Delete

MichaelSkaggs 41 months ago
If I remember right, he also filled the top drawer of the filing cabinet with ping pong balls and had the side of the drawer removed so they spilled everywhere when Della opened it. He also turned the top drawer into a giant goldfish tank.
Like (2) Reply Delete