The character was mysteriously cut after nine episodes. 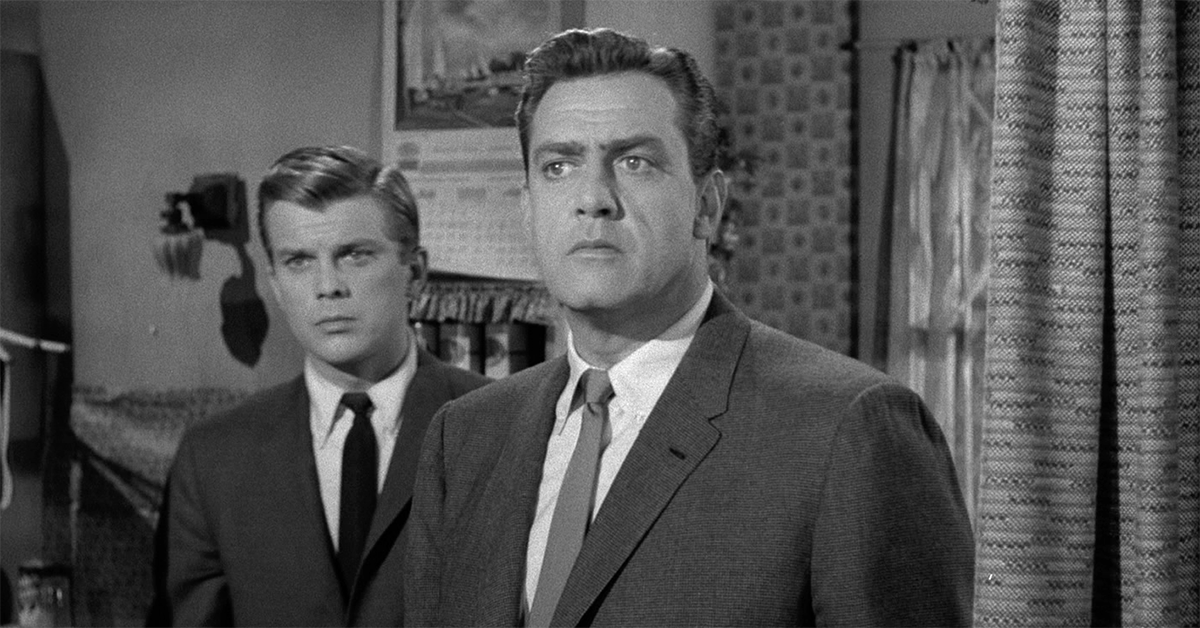 Perry Mason perfected its formula to the point where its formulaic episodes actually became a sign of the show's strength for loyal fans. In the Perry Mason universe, there were lawyers, secretaries, judges and detectives, and anyone outside of those archetypes better be a killer or a victim or else they simply felt shoe-horned in, an unnecessary accessory in the case of every crime. That's the biggest criticism fans have for David Gideon, the handsome young student aide who showed up in season 4 to help and learn from his hero Perry Mason.

David Gideon was played by the actor Karl Held, who joined the Perry Mason cast for nine episodes across two seasons, but nobody's really sure exactly why. In most of his episodes, his character was kind of useless, occasionally making mistakes that Perry Mason had to work past. Some believe the idea was to introduce a young character to boost ratings. But if that was the plan, it backfired. His character largely divided fans instead of drawing more. 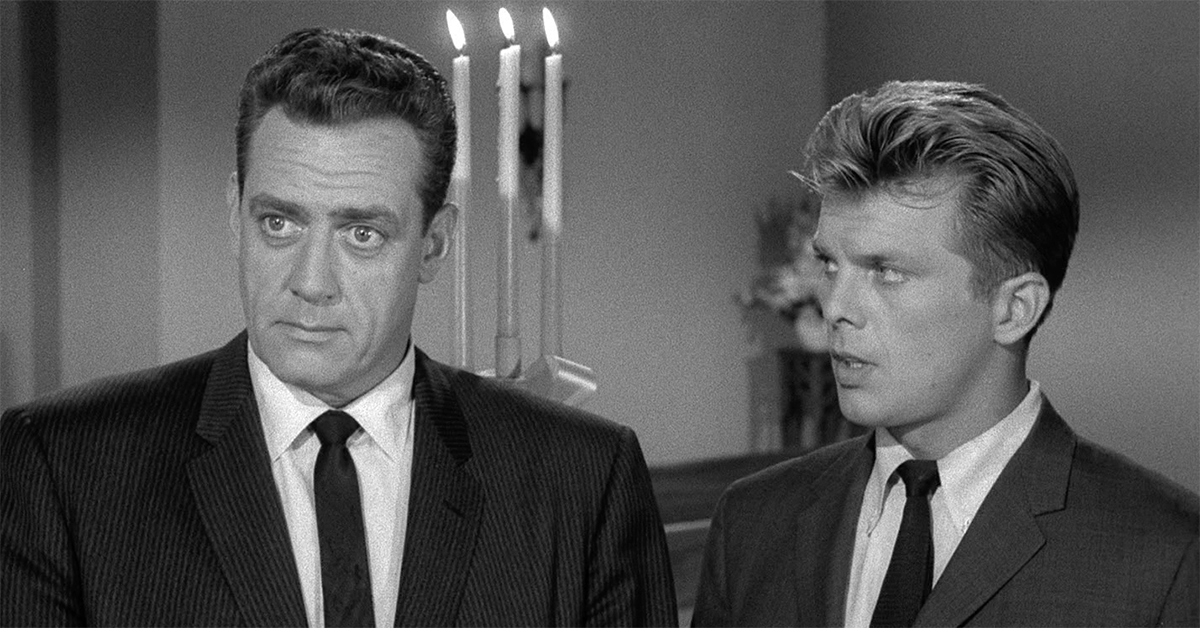 Perhaps the biggest flaw in the plan to work David Gideon into Perry Mason was that writers never gave him a compelling reason to exist. He wasn't an original character, and he didn't add meaningfully to the plots, apart from occasionally providing insights that it turns out Perry was, of course, already wise to. If Perry Mason was infallible, then David Gideon could add little as a sidekick that Della Street and Paul Drake didn't already have covered. In fact, some fans even grumble that Gideon stole scenes from Drake! 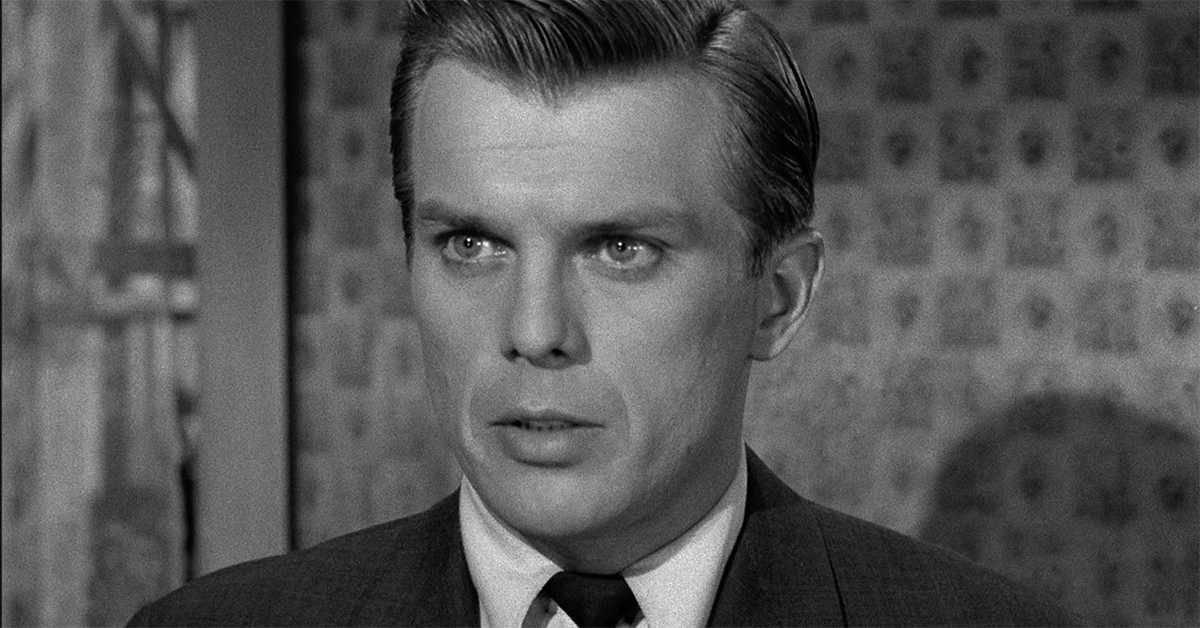 But if you look back over the David Gideon episodes, there is an arc to follow in the character. He begins in "The Case of the Grumbling Grandfather" as a bit of a fool who falls for a conniving woman's tricks. The boy is blindly noble, and it bites him by the episode's end. It also surges his admiration for Perry Mason, and as David Gideon begins to learn from the master, there was maybe a missed opportunity to explore that dynamic. In the end, it just was unfortunate that many fans felt Gideon's scenes took time away from the profound chemistry between the show's more established characters. 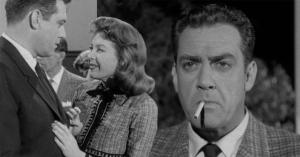 And that's how we come to one of Perry Mason's biggest unsolved cases: What ever happened to David Gideon? After a scant appearance in the fifth season episode "The Case of the Shapely Shadow," the ambitious law student just disappears. He's never mentioned again, and we never got a goodbye.

Classic TV fans, of course, saw Karl Held appear on many shows through the '80s, including 77 Sunset Strip, The Outer Limits, Star Trek, Charlie's Angels and The Jeffersons, as well as playing Garth on the '80s soap opera Falcon Crest. So while his Perry Mason character remains an unsolved mystery, at least we knew the actor escaped the show unscathed by his early character's icy reception. 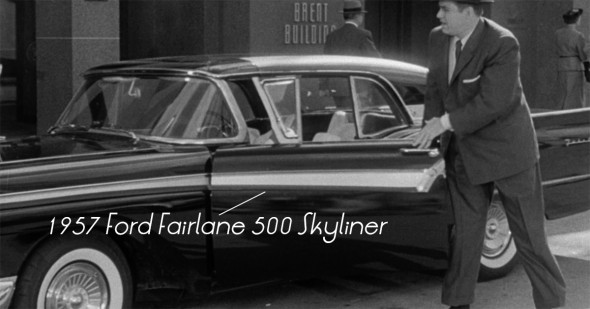 Did you know?
'Perry Mason' is filled with some of the most beautiful cars ever made
Are you sure you want to delete this comment?
Close

TijuanaSlim 6 days ago
His arc was airing last week (I think on "fetv" a competitor channel IIRC) and I happened upon "Renegade Refugee"(S05E13) during Act I so I watched... Probably the most screen time he got...

the show was Never shy about re-using actors* but that has to be one of the shortest turnarounds in episode count and air date to play different characters and to be given a recurring role thereafter... I'd wager he had a "friend" in Production...

but I also got to thinking how in Most of his episodes his role in the Plot could have easily have been filled by Perry, Paul, or Della, or omitted entirely, as noted elsewhere in the thread Perry/Raymond usually has a small exposition speech restating the contents of David/Karl's dialog

chiefkurtz 19 months ago
I wonder if this was an attempt to attract younger viewers to Perry Mason, or develop a back door pilot for the character. There never was much chemistry, and I'd bet Bill Hopper resented this kid eating up screen time that he could fill. Perry always seemed to have to give a back story, "What my astute young apprentice is trying to say....", "You may be able to try those tricks before passing the bar....", "David, as any novice apprentice should know...." It all seemed forced, and shoehorned in to accommodate his presence.
Like Reply Delete

rodee 29 months ago
I barely remember him
Like Reply Delete

31 months ago
I got impatient & DEEPLY annoyed every time I saw "Pretty Boy" Karl Held overstaying his welcome in Perry's office! The original cast: Perry, Paul, Della and Hamburger/Tragg were ALL that was needed! I couldnt stand "Gertie." I always wondered, even back in the late 50s & early 60s, if "David Gideon" was somebody's squeeze & that's how he wormed his way on the show. Didn't like the substitutes for an ailing Perry or a naughty Burger, either!
Like Reply Delete

TijuanaSlim 6 days ago
Having only gotten to watch the Series Proper LONG after I saw the TV Movies... I don't have a Problem with the "Replacements" for Perry & Burger per se... some actors were better than others and I honestly think if Not-Perry Episodes had been proper Back door Pilots rather than work arounds they could have spawned decent shows...
- My bigger issue is in the Plot Contrivances they used to justify Perry's absence or his facing anyone But Burger, yet still having everyone else on hand to do their parts
Like Reply Delete

Runeshaper 31 months ago
If I were to make up a story in regards to what happened to this assistant, I would have knocked him off & made a case/episode out of it. The drastic passing of Perry Mason's assistant would have provided closure to the character & would have made for an interesting plot for the show's fans.
Like (1) Reply Delete

TijuanaSlim Runeshaper 6 days ago
Part of what makes the Formula work (whether Perry Mason, Matlock, Hallmark's 2000s McBride movies with John Larroquette, et al ) is that the Victim is almost always a Prick who deserves it, unless killed later as part of a cover up, 'innocent' people rarely die in these types of shows
Like Reply Delete

39 months ago
He indeed disrupt the wonderful chemistry between the main characters. Much like "Cousin Oliver" on the Brady Bunch or "Warren" on the Andy Griffith Show. Excess baggage.