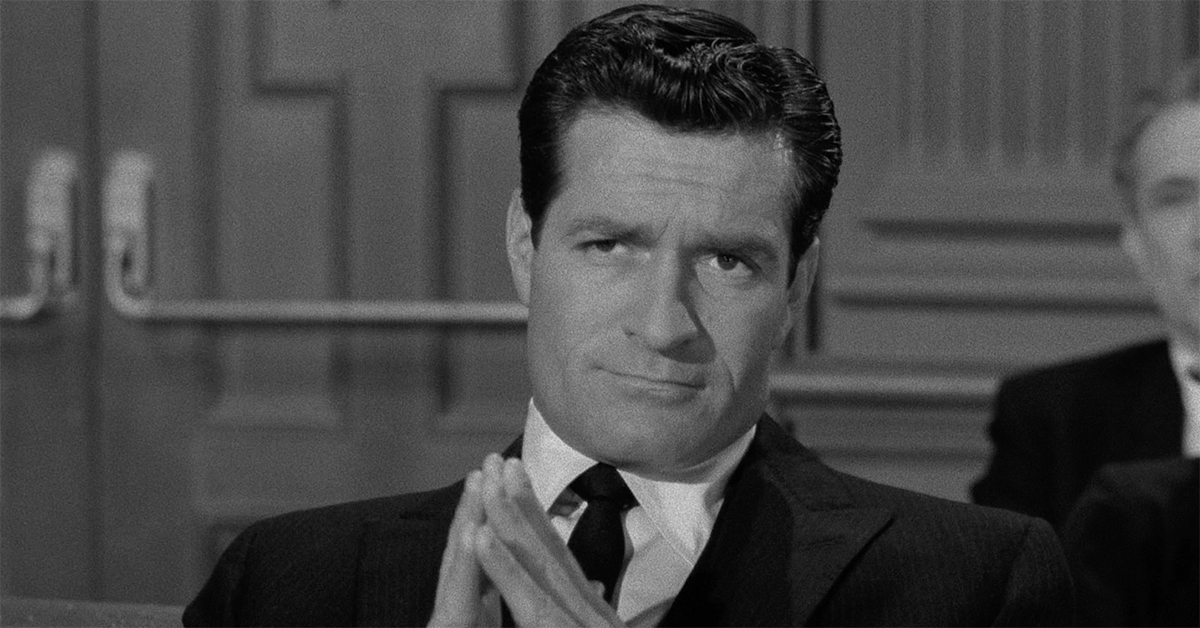 Have you ever wished you could step into the shoes of Perry Mason? He's perhaps the most noble TV character there ever was, and for fans of the original series, the distinguished actor Raymond Burr is basically synonymous with the character. However, health issues kept Burr from playing Perry in several episodes of the show in the 1960s, and that meant the series occasionally had to find actors who could carry a scene with the gravitas of Burr.

Sometimes they pulled in stars for these episodes, like Bette Davis and Mike Connors. Other times, they'd turn to seasoned actors like Michael Rennie or Barry Sullivan. (You can read about all those unusual Perry Mason episodes here.) But for one actor, it wasn't just that he was a star (he was), or that he was seasoned (he was) or even that he was handsome (he definitely was). For actor Hugh O'Brian — whom you may recognize as the star of The Life and Legend of Wyatt Earp — he got that chance to fill in for Perry Mason in a 1963 episode due to a simple act of neighborly kindness.

You see, O'Brian happened to be a neighbor to Perry Mason's executive producer (and former movie star) Gail Patrick. According to O'Brian in an interview with the Archive of American Television, Patrick lived on Hollywood Boulevard just a block or two from Laurel Canyon. And at what was surely a lovely California home, she was in need of a little help with her lawn. So, to put it simply, O'Brian was just that guy in the neighborhood willing to mow it for her. 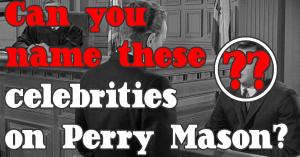 Can you identify these celebrity guest stars on Perry Mason?

In the interview, O'Brian is not clear how one thing led to another, but it seems when Patrick was in need of a Perry Mason replacement for the episode "The Case of the Two-Faced Turn-about," her neighbor Hugh O'Brian flew to mind, and he says that's how he got to play the part of Perry Mason law partner Bruce Jason (the writers apparently liked to rhyme).

Have you ever done a kind act for a neighbor that turned into a chance of a lifetime?

Mockschnel 44 months ago
It had nothing to do with "the writers apparently liked to rhyme" when it came to script characters, you boneheads. Unlike today's computers where Find and Replace is a common practice in script corrections, at the time of this production manual typewriters were all they had - consequently in replacing the name PERRY MASON in previously written scripts that Burr was not available to act in, it was necessary to create a name that fit in the same amount of typed spaces - and changing MASON into JASON required only one letter to correct rather than five. With sixty pages to deal with in each script out of the multiple ones that needed correcting, all that extra labor adds up so the corrections needed to be as simple as possible.

CaptainDunsel 45 months ago
Objection! Calls for a conclusion based on facts not in evidence. Bruce Jason was not partner to Perry Mason. He was in fact an attorney with the firm of Lewis, Hillman and Collison. Phillip Hilman assigned him to do the preliminary work on the case in anticipation that Perry Mason would handle the actual criminal trial.
Like (1) Reply Delete