Where To Watch Shop Store Contact
Home / Stories / Michael Landon married a make-up artist he met on set
Did you know?

Michael Landon married a make-up artist he met on set

Everyone hoped the family man would settle down for good. Landon's rocky romantic history ended when he found forever with Cindy.

The 1972 two-part Bonanza episode "Forever" is notable because Little Joe gets hitched.

What you may not realize is that the episode was not written for Little Joe, but rather it was intended to show Hoss' wedding.

Hoss actor Dan Blocker had passed away earlier that year, and after he died, it was up to Little Joe actor Michael Landon— who wrote the script for "Forever"— to make the shift to feature Little Joe’s wedding vows exchanged instead.

In that episode, Little Joe’s wife eventually gets murdered, and there’s a moving scene where Little Joe and Ben hold each other while sobbing.

To fans, this mourning scene represents the Cartwright boys mourning the loss of Blocker, not Little Joe’s wife, and the show even made a point to zoom in on a photo of Hoss on Joe’s dresser, making it clear the loss of the actor is what’s on everybody’s minds.

But even though Little Joe’s wife doesn’t make it past the end titles of "Forever," it still gave Bonanza fans a tiny burst of joy to see the youngest Cartwright son make his choice of a bride.

For Landon, who has always been considered one of Hollywood’s biggest family men, entering into marriage wasn’t always blissful, but continually a rocky affair, with his first marriage ending in divorce. 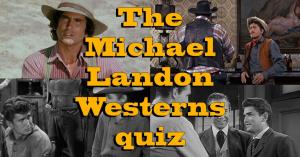 Which classic Western is Michael Landon in?

Fans rooting for Landon to have a happy ending cheered him on when his second marriage seemed to suit him more.

He married Marjorie Lynn Noe (known as Lynn) in 1963, and they remained together nearly a decade past the end of Bonanza.

Landon’s identity as a family man is probably why the gossip mills started churning extra hard when a rumor leaked out that Landon had fallen for a make-up artist on the set of his next popular show Little House on the Prairie.

The rumor was true. More than 20 years younger than Landon, Cindy Clerico had indeed caught the Bonanza star’s eye, and soon newspapers reported that Landon had moved out of his family home and into her seaside apartment.

At first, Landon insisted this affair wasn’t a sign that his second marriage was ending, though.

"I have moved out," Landon confirmed in a statement. "Lynn and the kids are taking a vacation in Spain. We are not talking divorce."

His wife Lynn called this period a trial separation, saying it was important that "Michael and I can sit back and see where we’ve been and where we are going."

They really did try to stay together, even planning to restate their vows that year during a ceremony only their kids would attend.

"The ceremony will take place sometime in the new year and it will be simple and dignified," an anonymous source claimed to the Lancaster Eagle-Gazette in 1981. "It is very important to both of them that the children be there because they really are a loving, caring family whose children mean the very earth to them."

If it was really planned, the ceremony wasn’t to be, though, and one reporter in 1981 estimated the divorce settlement with Lynn, while the divorce was amicable, would likely cost Landon more than $5 million.

But Landon had to go through with the divorce, because Clerico hadn’t just caught his eye. She had proven to be his soulmate, and despite his noble effort to preserve his second marriage, they eventually got hitched and remained married until Landon passed away in 1991.

Landon and Clerico wed on Valentine’s Day in 1983 in a backyard beachfront wedding in Malibu that was all hearts, flowers and crashing surf.

It was a small ceremony of only about 30 friends and family members, but afterwards, the happy couple threw a big party for 300 at a fancy restaurant called La Scala.

Cast and crew who knew both Landon and Clerico from the set of Little House on the Prairie came to celebrate Landon’s last wedding, everyone happy to see that the family man had finally found his "forever." 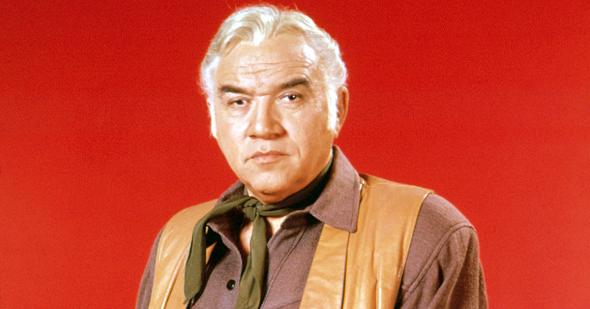 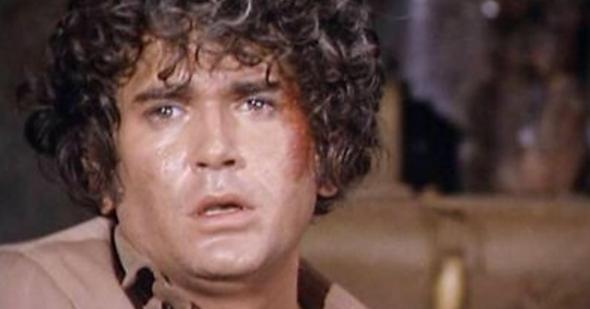 Did you know?
The truth behind the bogus ''attempted assassination'' of Michael Landon in 1967 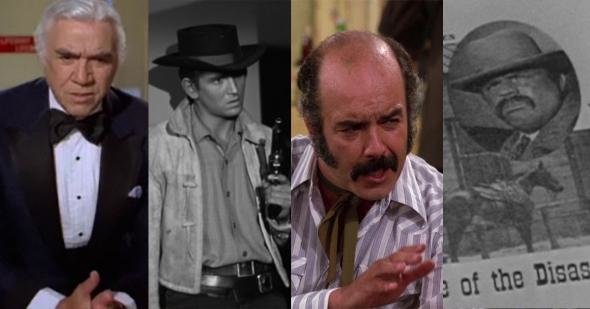 quiz
Can you guess which show the cast of Bonanza is on now?
Are you sure you want to delete this comment?
Close

That article sure skipped over the cruelty in Michael Landon from his belittling females to tears later in projects he directed and the abusive father and husband he was. Hardly a family man.

dangler1907 17 months ago
The truth isn't always pretty. He and one of his previous wives adopted a baby. When they got a divorce, Landon took the child back to the orphanage. The child remembered this.
Like Reply Delete

Carthaginian60 17 months ago
That's some sophisticated photography right there on the photos of Hoss and Little Joe, considering the show takes place in the 1800s.

Tlor 17 months ago
Yeah seems like the 'family man' wasn't that perfecto. There are a lot of actors that don't cheat nor marry multiple times either. You have to work at a marriage, and if you don't commit to one another on a daily basis you will not stay together simple as that!
Like (6) Reply Delete

Andybandit 17 months ago
Interesting story. I didn't know he was married 3 times.
Like (1) Reply Delete

17 months ago
It wasn't the first time "Landon" abandoned a wife and children to satisfy his lust. He was not the man he pretended to be.
Like (7) Reply Delete

MrsPhilHarris 17 months ago
I have seen interviews with some of the people from LHOTP and they have said everyone knew what was going on in the makeup trailer. He cheated on his wife plain and simple. Would the third marriage have lasted had he lived longer? Who knows, but when he married his third wife he created a job vacancy. 😉

Tlor texasluva 17 months ago
He wasn't that good looking or charming .. to some I suppose but not to me.

MichaelSkaggs MrsPhilHarris 16 months ago
Patricia Blair? What's the story on her?
Like Reply Delete

MrsPhilHarris MichaelSkaggs 16 months ago
Apparently she was jealous of Veronica Cartwright. In an interview Veronica said the producers of Daniel Boone wanted to give her character Jemima romances and what not, but Patricia Blair said it made her feel too old and threatened to leave the series if Cartwright was not let go.

Zip 17 months ago
I hope Michael did finally find someone he was truly happy with in Cindy, and who's to say he didn't?! I do know that having a stable, loving family was something he had wanted, and that desire manifested itself in the roles he took and the stories he produced.
Like Reply Delete

Zip 17 months ago
He left broken hearted wives and devastated children behind. I guess you might call them collateral damage.
Like (4) Reply Delete

harlow1313 17 months ago
"She had proven to be his soulmate, and despite his noble effort to preserve his second marriage,"

Now that is some tripe.
Like (8) Reply Delete
Load previous comments

harlow1313 daDoctah 17 months ago
We used to buy whole cow tongues at the Bi-Lo, shove a stick through their length, then place them in the freezer for a refreshing summertime treat for we kids. Still, I preferred Otter Pops.