We bet Andy and Opie would love this restaurant. 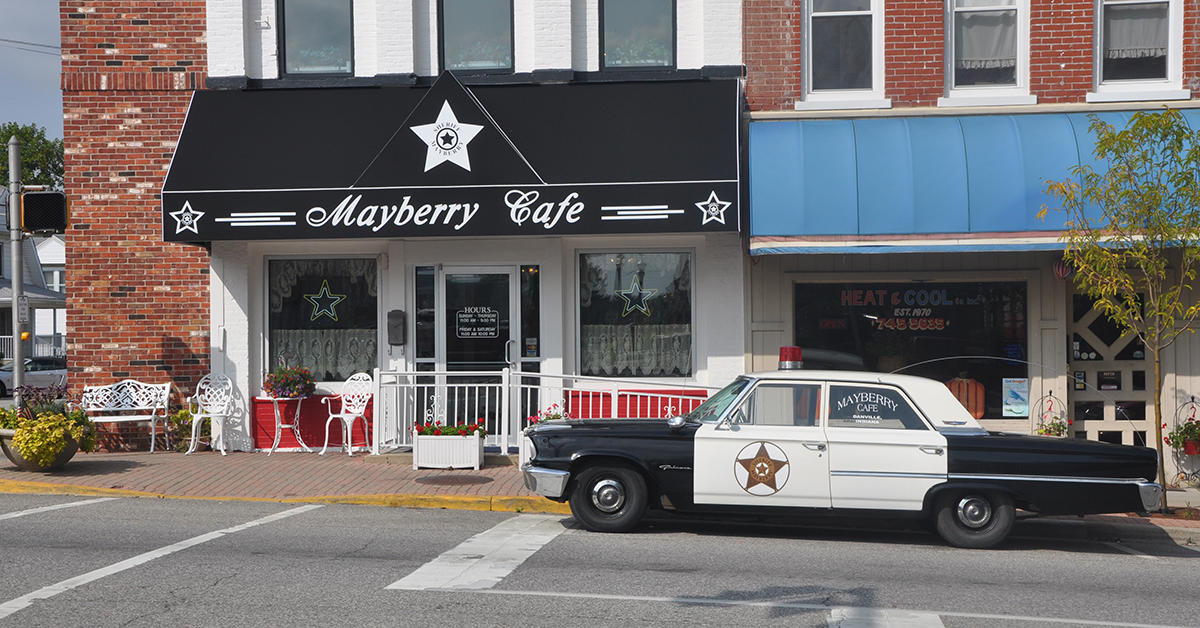 In the 1960s, The Andy Griffith Show whisked viewers away to the carefree town of Mayberry, North Carolina, every week. Over the course of the show's eight seasons, we got to know everyone in the town — from Sheriff Andy Taylor to service station attendant Goober Pyle.

It's almost as if Mayberry could be located anywhere in the United States, perhaps near our own hometown.

Fast-forward fifty years, and one Indiana restaurant is striving to bring Mayberry to life by paying homage to the classic sitcom.

See Also: Who's the mystery man on 'The Andy Griffith Show'? We have an answer!

Mayberry Cafe, located about 20 miles west of Indianapolis in Danville, transports patrons to the fictional town through its homey decor, tasty soul food and small-town ambiance.

Founded in 1989 by Brad and Christine Born, the Mayberry Cafe "welcomes diners to take a step back in time for home-cooked food just like Aunt Bee put on the table for Andy and Opie."

The restaurant is full of references to Andy Griffith's eponymous sitcom. Posters of Andy and Opie adorn the walls of the dining room while patrons munch on menu items like Aunt Bee's Famous Fried Chicken. 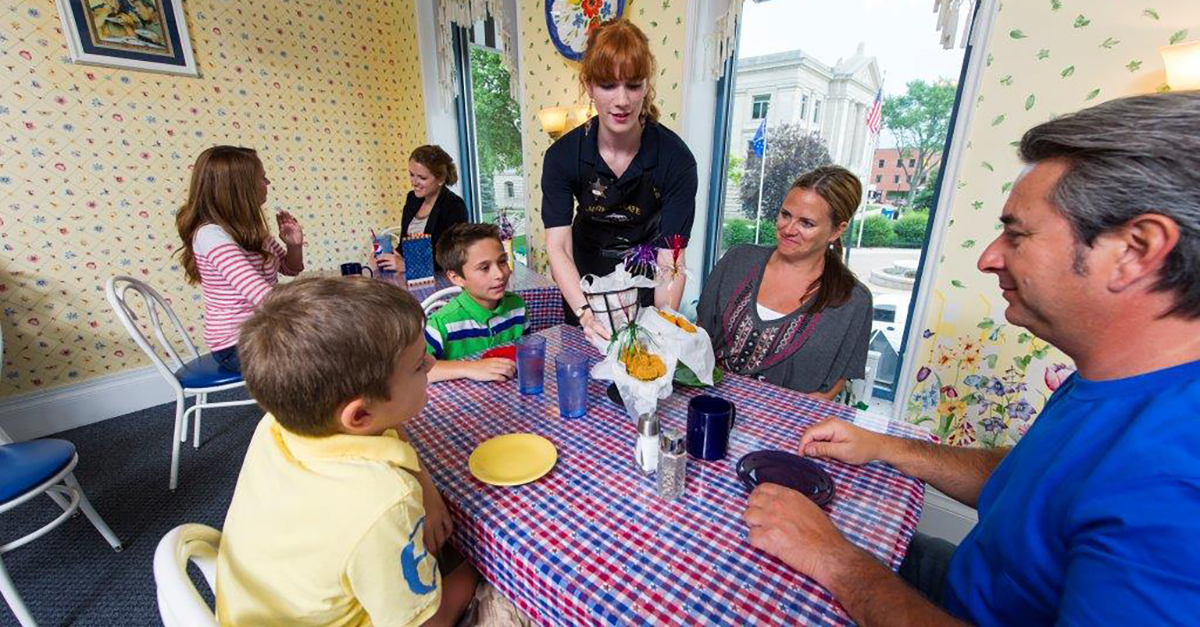 There's even a Barney Fife impersonator. David Browning mingles with diners, handing out fictional parking tickets and cracking jokes to make sure they get the full Mayberry experience.

Brad and Christine Born didn't intend to open a themed restaurant with the Mayberry Cafe. Instead, the couple told My Web Times they just wanted to open a place that served good food in a hometown setting.

It's not just the restaurant that's committed to keeping Griffith's legacy alive. The town of Danville hosts the "Mayberry in the Midwest" festival in May for those who can't make it to Mt. Airy, North Carolina, for the annual "Mayberry Days" festival.