Where To Watch Shop Store Contact
Home / Stories / Look for one of the most notorious fashion icons of the 1970s in this Adam-12 episode
Did you know?1970s

Edy Williams sure knew how to stand out on the red carpet. 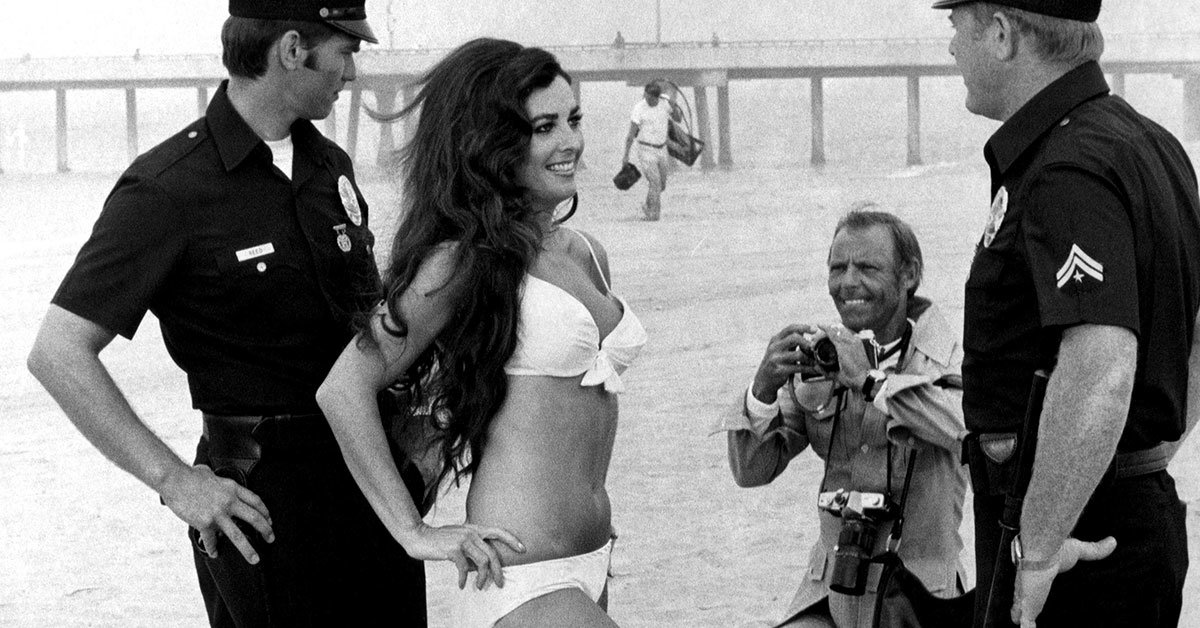 In the annals of Oscar history, the 46th Academy Awards was a rather memorable affair. A young George Lucas made his debut at the annual ceremony, taking a victory lap for his nostalgic American Graffiti. A 10-year-old Tatum O'Neal took home the trophy for Best Supporting Actress, setting a mark for the youngest actor to ever win an Oscar. The Academy bestowed Groucho Marx with an honorary statue. A streaker named Robert Opel interrupted the proceedings when he sprinted naked across the stage.

And yet, Edy Williams might have upstaged them all on the red carpet.

The 31-year-old bombshell strolled into the Dorothy Chandler Pavilion wearing a leopard-print bikini. A fur coat draped over her shoulder provided a modicum of modesty. Her pet Great Dane, speckled black and white like some lean cow, trotted alongside her on a leash. What else would you expect from the wife of B-movie maven Russ Meyer?

To this day, Williams' animal-print swimsuit ranks as one of the "worst-dressed," "scandalous" and "controversial" looks in Oscars history. It was hardly a stand-alone event in her career. Two decades later, she showed up sporting gold pasties under a sheer black top, trailing a train of black sequins. Sparkle, skin and canines were sort of a recurring theme for the actress and model.

Likewise, 1974 was not the first time the Utah-born attention-getter turned heads. She played up to her stereotype months early on Adam-12. In the opening scene of "Venice Division," Malloy and Reed receive a "311-W" dispatch — indecent exposure at a "community beach."

The officers arrive at the oceanfront to find a crowd gathered around nude sunbather Tammy Warren (Edy Williams). They throw a towel down to cover her. "Oh, go away," she purrs. 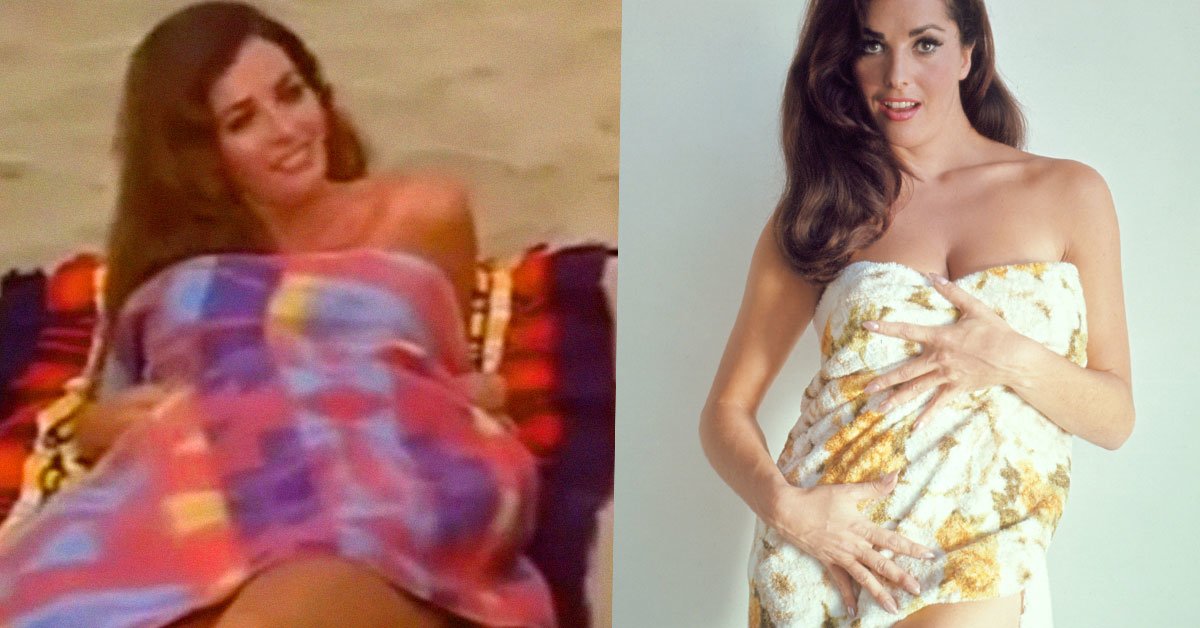 Audiences would have certainly been aware of her celebrity and her fashion sense by then. She made her screen debut in 1962 on The Twilight Zone, playing a "Chorus Girl" in the episode "The Dummy." That's her second from the right below: 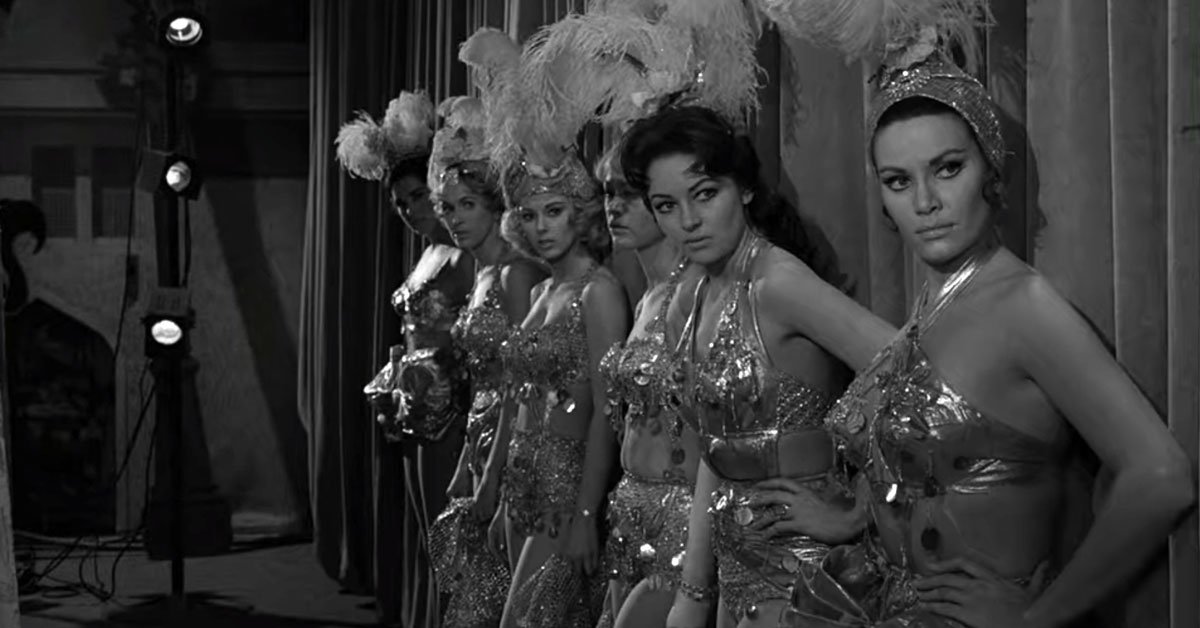 Four years later, she popped up as Rae, one of Liberace's (well, "Chandell's") henchwomen on Batman. She also appeared on The Beverly Hillbillies and Lost in Space (as the blonde Non in "Two Weeks in Space"). But it was 1970's titillating Beyond the Valley of the Dolls that made her name.

That film was, of course, directed by Russ Meyer, the king of camp and schlock. Williams would become Meyer's third and final wife in that same year. The couple would split in 1975. She hardly needed him to keep the flash bulbs popping. 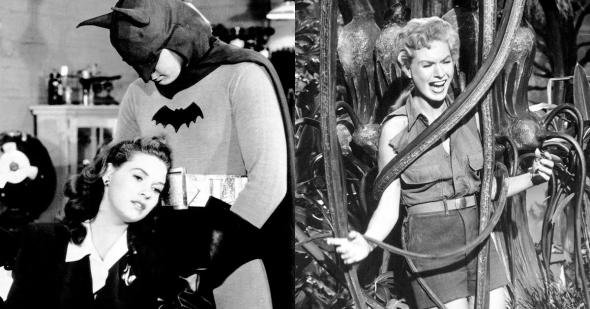 Did you know?
Batman's first onscreen girlfriend changed her name to appear in Svengoolie's The Land Unknown

Did you know?Nostalgia
Polaroid fooled everyone into thinking this Star Trek actress was married to James Garner
Are you sure you want to delete this comment?
Close

Ann 29 months ago
re: the Adam-12 changing wives episode and continuity. I know they don't currently have The Cisco Kid on MeTV, but he had several black and white horses that he rode. I would see him changing horses in mid chase. My favorite was when he tied his horse to a rail outside of a building. Go into the building and come out later and ride off on a different patterned horse. I got to where I watched just to see how many times he changed horses in each episode.
Like Reply Delete

Tlor 30 months ago
Note the phographer in that first pix, that is the guy from Hogan's Heroes!
Like (2) Reply Delete

30 months ago
You can't fix stupid and you can't buy class.
Like (4) Reply Delete

Tlor Pilaf 30 months ago
Most of Hollywood is tasteless and crass nowadays. They are the elite who think we actually believe we listen to their dribble.. NOT!
Like (4) Reply Delete 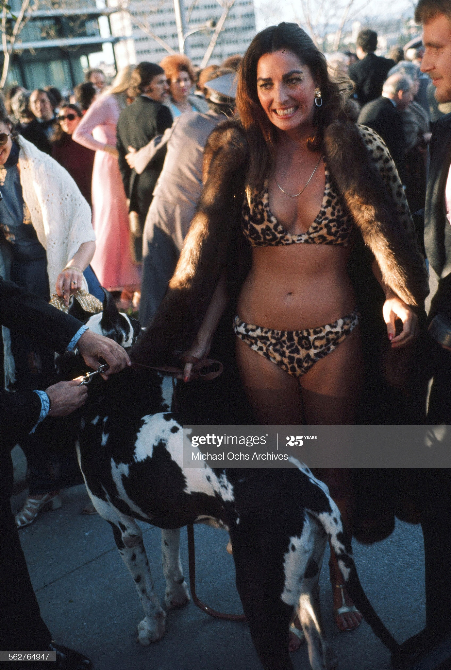 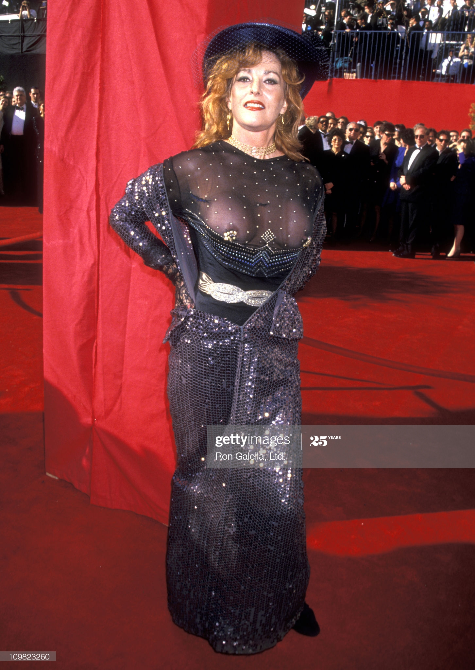 TheDavBow3 UTZAAKE 29 months ago
Hello Kitten. Back trouble, I see!
Like Reply Delete

TheDavBow3 30 months ago
Yes. And David talked about the guy's "short comings"! 😂 A quick wit!
Like (5) Reply Delete

MrsPhilHarris 30 months ago
Exactly. Many years ago I read his books and some of his stories were hilarious.
Like (2) Reply Delete

Lantern 30 months ago
Didn't Elizabeth Taylor make some memorable remark also? I remember watching it but not what she said.
Like (1) Reply Delete

TheDavBow3 30 months ago
I think you're right!
Like (1) Reply Delete

Lantern 30 months ago
The outfit Edy Williams wore to the Oscars was probably no worse than what Cher wore in the 80's when she won for Moonstruck.
Like (4) Reply Delete

Jdent Lantern 30 months ago
They were both ridiculous and tasteless.
Like (1) Reply Delete