Where To Watch Shop Store Contact
Home / Stories / Little Ronny Howard was more comfortable on a movie set than Johnny Cash
Did you know?

The child star and country music legend began their acting careers around the same time. 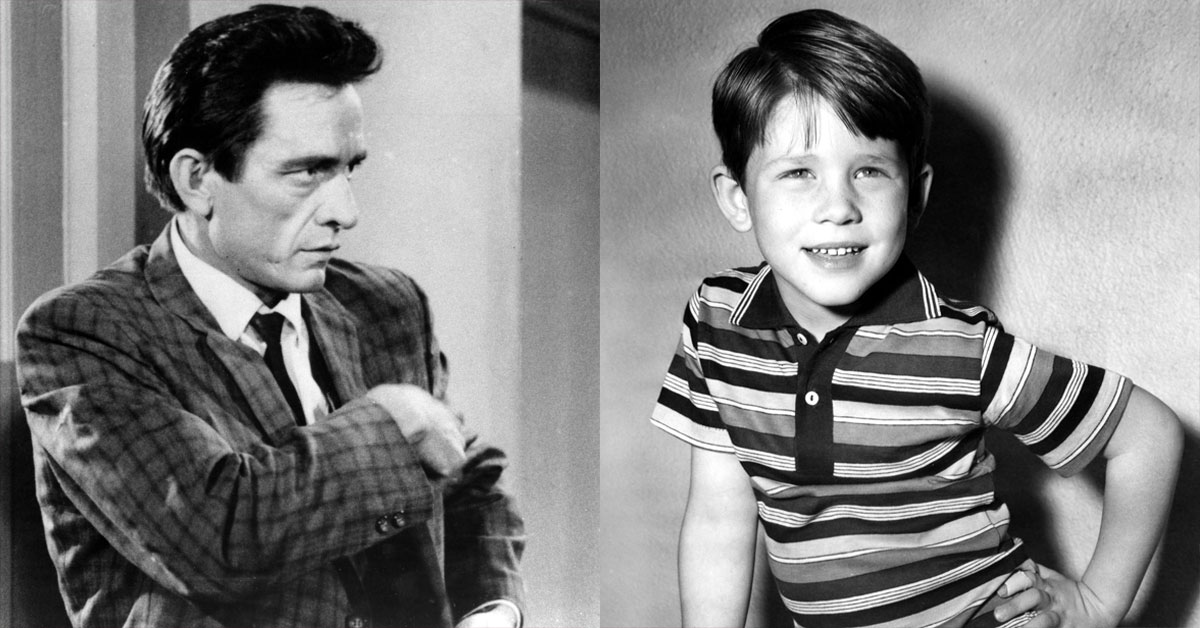 In 1956, the world took notice of a new country artist on the scene, Johnny Cash. The future legend released his breakout hit "I Walk the Line" which topped the country charts and sold millions of copies worldwide. Naturally, performances on The Ed Sullivan Show and American Bandstand soon followed. 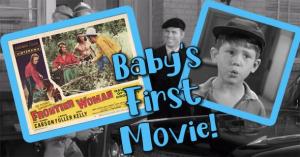 But singing wasn’t the only thing Cash did onscreen, even early in his career. He won his first acting role in the 1959 Wagon Train episode “The C.L. Harding Story” before making his big-screen debut in the 1961 film Five Minutes to Live.

Things soon go array and Cabot gets more and more angry. The tension builds to a breaking point when Nancy’s young son, Bobby, played by Ron Howard, comes home from school. Cabot grabs Bobby and holds him at gunpoint.

It’s a very intense scene and Cash gives the perfect crazed performance as the desperate armed criminal. According to Ron Howard, who at that point had already started playing his beloved role as Opie on The Andy Griffith Show, not all of Johnny Cash’s nervous energy was acting. 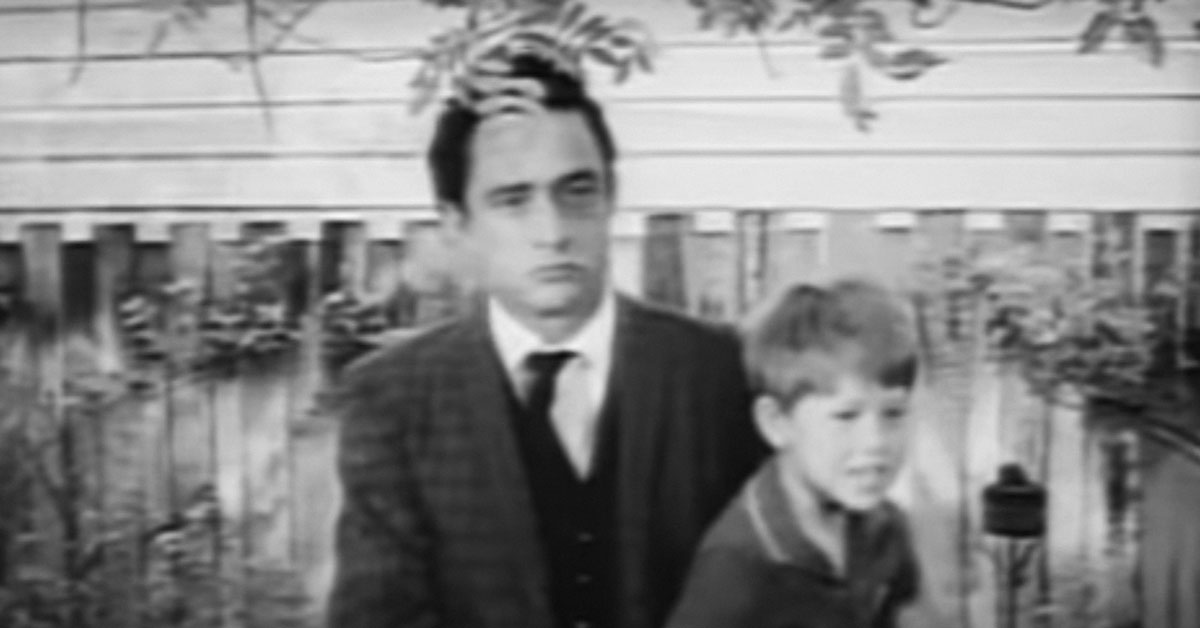 Johnny Cash and Ron Howard in 'Five Minutes to Live.'

The Los Angeles Times highlighted a few tidbits from Ron and brother Clint Howard’s new book, The Boys: A Memoir of Hollywood and Family. Ron recalls his experience making Five Minutes to Live and working with Johnny Cash. He reveals that Cash was so nervous, he was sweating profusely. Because Cash had to grab Howard and pick him up, little Ronny could feel how sweaty the country legend was. After a few takes, both were soaking wet! As Howard puts it in the book, “I recognized, on some level, that I was more comfortable on a soundstage than Johnny Cash was.”

Though it might seem strange to hear, that assessment actually makes sense. Johnny Cash was a newly famous country singer who was just starting to get acting roles while Ron Howard had grown up on the movie sets his actor father, Rance, had worked on. Not to mention the fact that Ron had not only started as Opie he but also acted in over a dozen other shows like The Twilight Zone and Dennis the Menace by 1961. He was practically a veteran by the time he worked with Johnny Cash! 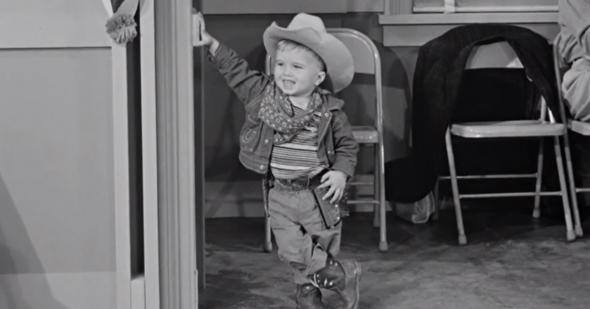 Clint Howard doesn't remember being on The Andy Griffith Show 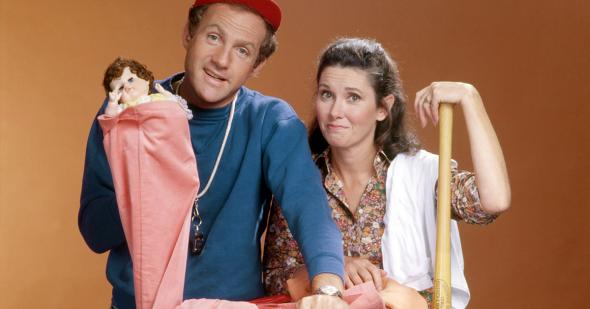 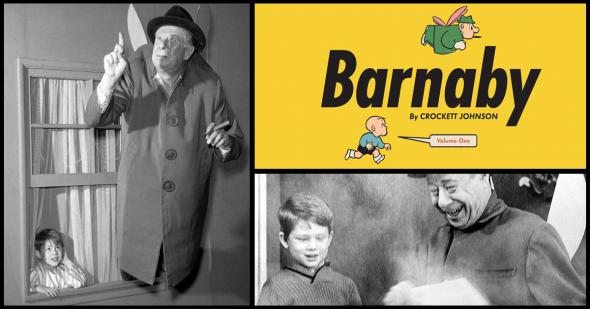 Did you know?1950s
Ronny Howard nearly played a popular comic strip character instead of becoming Opie
Are you sure you want to delete this comment?
Close

jeopardyhead 12 months ago
I don't blame him. I'd be more comfortable on a movie set than I would be on Johnny Cash, too.
Like Reply Delete

Mannixishot 13 months ago
He's one of the few that can pull double duty. Love so many of his songs and liked Johnny in everything I've seen him act in.
Like Reply Delete

retired2019 13 months ago
I am so sorry to hear about Thelma Lou. RIP 😇
Like Reply Delete

Zip 13 months ago
Johnny did have that nervous energy, but it seemed to work for him in roles. He was great as Caleb Hodgekins(or Hodgesomething) on the Little House episode where he plays a down-on-his-luck man who impersonates a preacher(using a sick Reverend Alden's clothes) to try and bilk the town of Walnut Grove out of money and supplies.
Like (1) Reply Delete

Pacificsun Zip 13 months ago
I've always enjoyed his appearances for being so natural. He came across well!
Like (1) Reply Delete

cperrynaples 13 months ago
Bonus Question: Johnny's biggest TV contribution was singing the theme to a former MeTV show he guest starred in! Can you name it? Also, when I wrote this post the first time. It got censored because I used his last name! Could anybody tell me why?
Like (1) Reply Delete
Load previous comments

Pacificsun Moody 13 months ago
I bet you anything it's this word spelled backwards: h s a c.

My guess is they've programmed the "A I Bots" to look for too many instances of it within a thread, and if found, then is restricted.

MeTV (actually Admiral) their 3rd party manager of the comment site, has done a really good job lately of cleaning up the threads from solicitors. And it may be due to a program they've put into place to spot unwanted words and phrases within the total thread or the timeframe within 24 hours.
Like (1) Reply Delete