On TV, Elizabeth Walton was considered a bad influence on Aimee Louise Godsey. 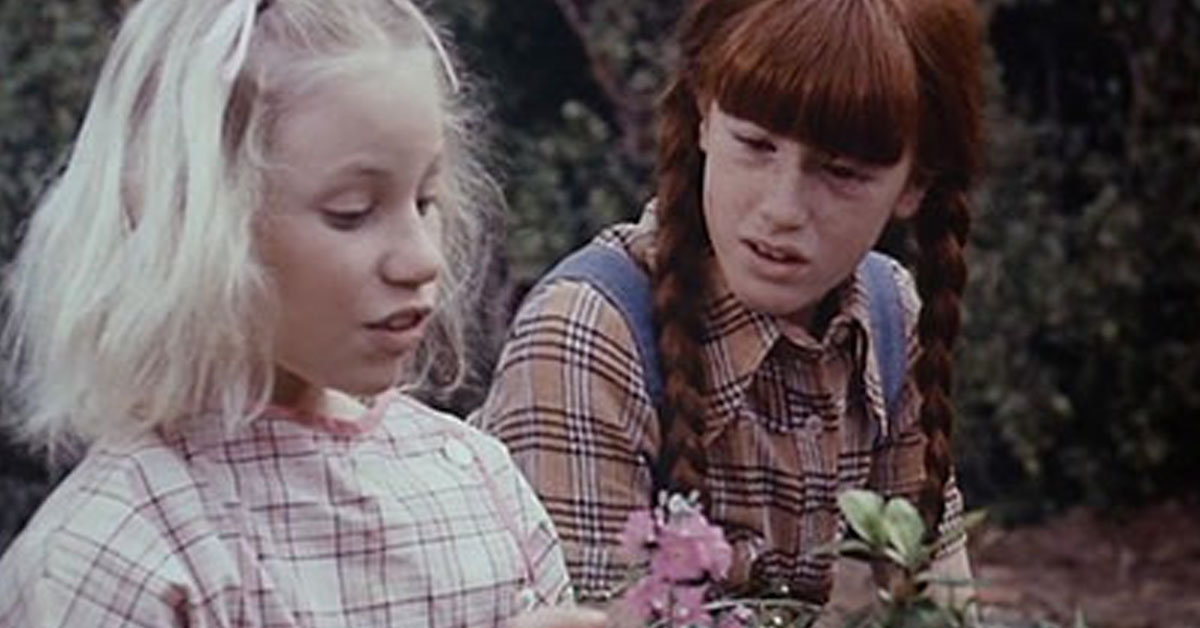 There’s a sweet subplot in The Waltons episode "The Long Night" that centers on two little girls just trying to have fun, only to be divided when it’s deemed one of them is less ladylike than the other.

In the story, it’s Elizabeth Walton whom Corabeth Godsey deems a bad influence on her adopted daughter Aimee.

On The Waltons, Aimee appears in 16 episodes, established as Elizabeth’s best friend. The character was played by a child star named Rachel Longaker, who landed the role on The Waltons after appearing as a girl with ESP in an ABC after-school special.

For Longaker, this stint on The Waltons was hitting the bigtime.

As a child, she longed to be an actor, and not just someone with "a lot of teeth and hair" as 13-year-old Longaker told the Baltimore Sun in 1979, but a star performer with real acting chops like her heroes, Jane Alexander and Joanne Woodward.

Although her parents disapproved of her dream, they moved to Los Angeles in 1977, shortly after Longaker got the recurring role on The Waltons. Up until then, she’d been rising as an actor, appearing as John Denver’s daughter in the movie Oh, God and taking guest roles on popular TV programs like Little House on the Prairie and Roots.

But burnout came quick for the young star, who by 1979 was sick of going to auditions where a casting director asks, "Send in about 50 little blondes." 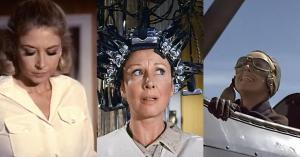 Is this Michael Learned in The Waltons or something else?

Instead of seeing herself as a budding star, she saw herself as nothing more than "Rachel the schoolgirl" in the eyes of these casting directors.

So when her dad got appointed provost at Johns Hopkins University and moved the family to Baltimore, she didn’t know how much longer her acting career would last. She likely didn’t realize just yet that 1979 would be her last year on The Waltons.

Despite being moved away from the action, Longaker continued to appear on TV occasionally in the Eighties, including doing a few more ABC Afterschool Specials, but by 1996, she retired from acting, never achieving the stardom she dreamed of as a little girl.

Before retiring, she did make time to return for 1993’s A Walton Thanksgiving Reunion, despite ceding the role of Aimee to another actor named DeAnna Robbins for the prior three reunion movies.

Perhaps what brought her back was memories of hanging out with her old onscreen best friend Kami Cotler, who played Elizabeth.

Cotler wrote on Facebook in 2020 that the pair of pals continued to see each other from time to time, becoming life-long friends over the years since The Waltons ended.

She said that after quitting acting, Longaker became a librarian.

For Cotler, it was cool having Longaker around, because she saw her as another young girl joining her TV family.

"Rachel was enormous fun to have on set," Cotler wrote. "I think we were both about 11 when she joined our show. It can't be easy joining a cast that has been working together so closely, but Rachel fit right in." 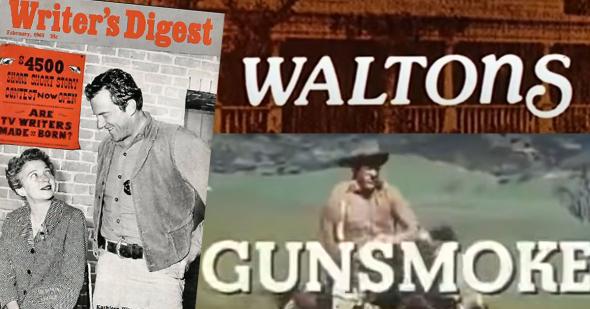 Did you know?
Kathleen Hite was the first woman TV writer for CBS 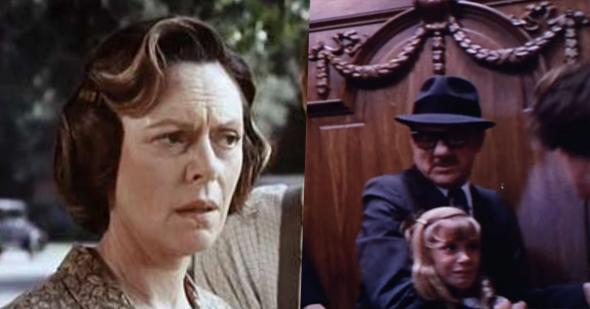 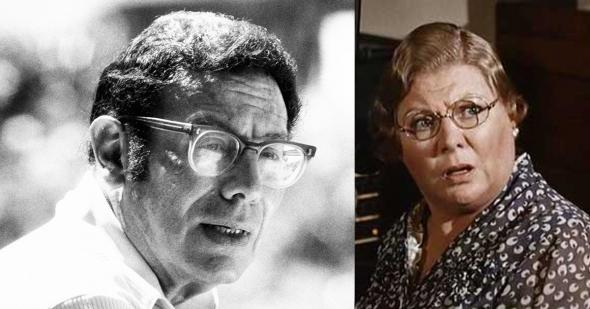 Irwin Allen treated his wedding day like a movie production
Are you sure you want to delete this comment?
Close

BusterGeneration86 10 months ago
I remember Rachel Longaker from two ABC Afterschool Specials, one of which was "My Mom's Having A Baby" and the other being, "Where Do Teenagers Come From?" She was great in both of those productions!
Like Reply Delete

Nala92129 10 months ago
Kami Colter was such an adorable little girl. She's just as winsome today!
Like Reply Delete

Andybandit 10 months ago
That is cool to have a life long friend.
Like (1) Reply Delete

Tigatail 10 months ago
I looked just like Elizabeth Walton !
I am a few years older but pictures that I see when I was 9,10,11 look just like her !! I was red hair and freckles BUT AT THE TIME I WISHED I WAS ELIZABETH WALTON !! Too funny !! We never know what we have …
Like (1) Reply Delete

Michael 10 months ago
They bonded over "Corabeth sure is stuffy".

Elizabeth goes over to visit Amee early on, and Amee says something like that.

But maybe what we saw was her miving away, so they explained it by the boarding school.
Like Reply Delete

LoveMETV22 Michael 10 months ago
As the story said as well as the bios on the Walton's. Rachel appeared in 16 episodes between
1976-1979. The same episode count as John Boy's replacement and Miss Hunter. However probably not the same amount of actual screen time though.
Like Reply Delete

BuckeyeBeth7 Michael 10 months ago
She did at least once more. They had that episode where Aimee was visiting home during a break in school and the whole episode revolved around how snooty and basically a Corabeth Godsey mini-me Aimee had become. I suppose they wrote the episode to be ironic since Aimee and Elizabeth originally bonded over how stuffy Corabeth was lol. I always thought it was sad they didn’t have Aimee in more episodes. Elizabeth needed a best friend even if they were just going to do a quick walk-through the scene with Aimee. I also never understood how they wrote Corabeth to desperately want a child only to send her away to boarding school. It seems like they could have sent her to a prim & proper school (as opposed to their little schoolhouse) to teach her to “be a lady” but one close enough to be home every weekend with the Godseys.
Like Reply Delete

LoveMETV22 BuckeyeBeth7 10 months ago
JMO: I think the whole idea was two-fold, the writers, producers wished it to appear a little of
Corabeth's stuffiness, but also the portrayal of CB living vicariously through Aimee's eyes ( getting the things in life that CB didn't).
Like Reply Delete

Michael LoveMETV22 10 months ago
Aimee's in the episode where Corabeth sets up a dance studio, and starts drinking. Maybe that has something to do with Aimee going off to school.

I watched every episode in 2020, and it was really interesting to see everything together. But I've already forgotten the details I noticed then.
Like Reply Delete

LoveMETV22 Michael 10 months ago
She is included in a number of episodes, just not as many as some of the main cast.
According to IMDb: Rachel Longaker:
https://www.imdb.com/name/nm0519249/
Like Reply Delete

DeloresPerry BuckeyeBeth7 8 months ago
Knowing how snooty and refined CoraBeth was, she wanted Aimee to be as snobbish as SHE was. She thought Aimee needed "burnishing" at a FORMAL boarding school. And the icing on the cake was that Aimee would meet and marry someone who was "pedigreed", not a poor slob from backwater Walton's Mountain.
😤
Like Reply Delete