Home / Stories / Jerry Van Dyke chose My Mother the Car over Gilligan’s Island and The Andy Griffith Show
did you know?1960s

Can you picture Van Dyke as Gilligan or Barney's replacement? 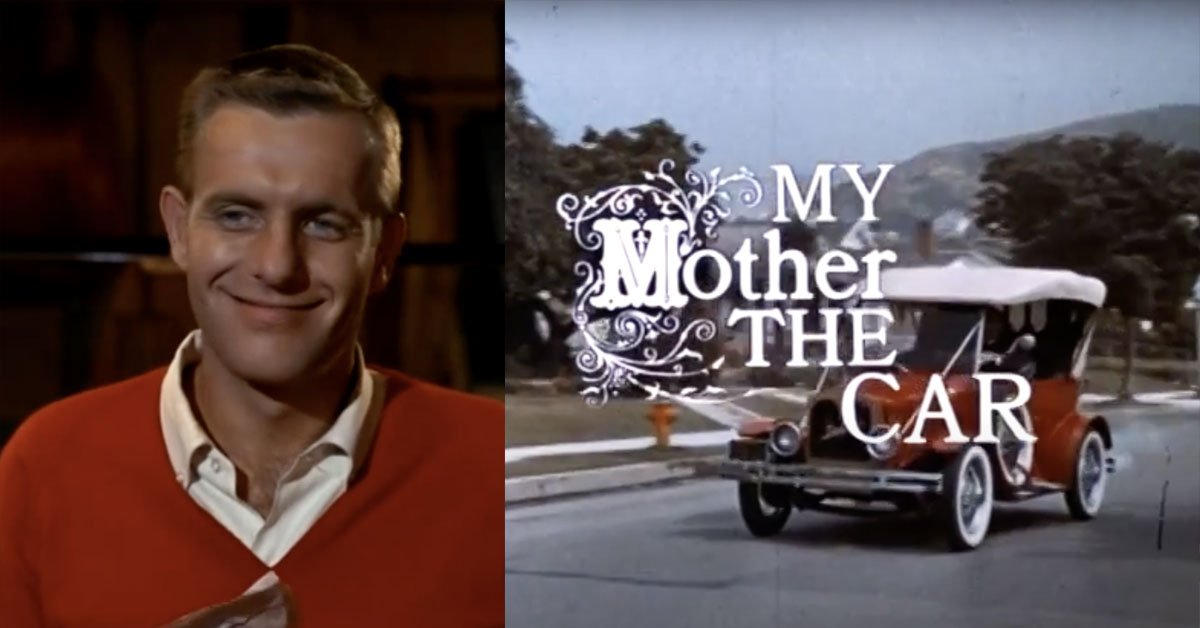 In the early 1960s, Jerry Van Dyke’s showbiz career was just beginning to take off. He did comedy bits on The Ed Sullivan Show and appeared in the 1963 John Wayne film McLintock!

He also guest-starred as Rob Petrie’s brother Stacey on four episodes of The Dick Van Dyke Show between 1962–65. Jerry never reached the same level of fame as his older brother but he did get the chance to lead his own show. 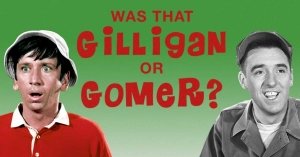 Can you remember who did it: Gilligan or Gomer Pyle?

Television producer Sherwood Schwartz was casting his new comedy about castaways on a deserted island. Jerry Van Dyke was offered the lead but turned it down. In fact, he refused the role even in the face of pressure from his agency. The show was, of course, Gilligan’s Island and eventually starred Bob Denver as Gilligan – even if Schwartz had his initial doubts about Denver.

But Jerry Van Dyke never had any regrets about passing on the part, stating in a 2013 interview that he wouldn't want to be known as Gilligan for the for rest of his life.

A year after Gilligan’s Island premiered in 1964, Jerry had another opportunity to star in a now-classic series. When Don Knotts left The Andy Griffith Show toward the end of its fifth season, Jerry Van Dyke guest starred as a carnival musician who becomes a temporary deputy. It was the finale of season five and seemed like a good time to add a new character to replace Barney Fife. Though there were definite discussions (Jerry Van Dyke and Andy Griffith knew each other well and shared the same manager), an official offer to be a part of The Andy Griffith Show was never extended. 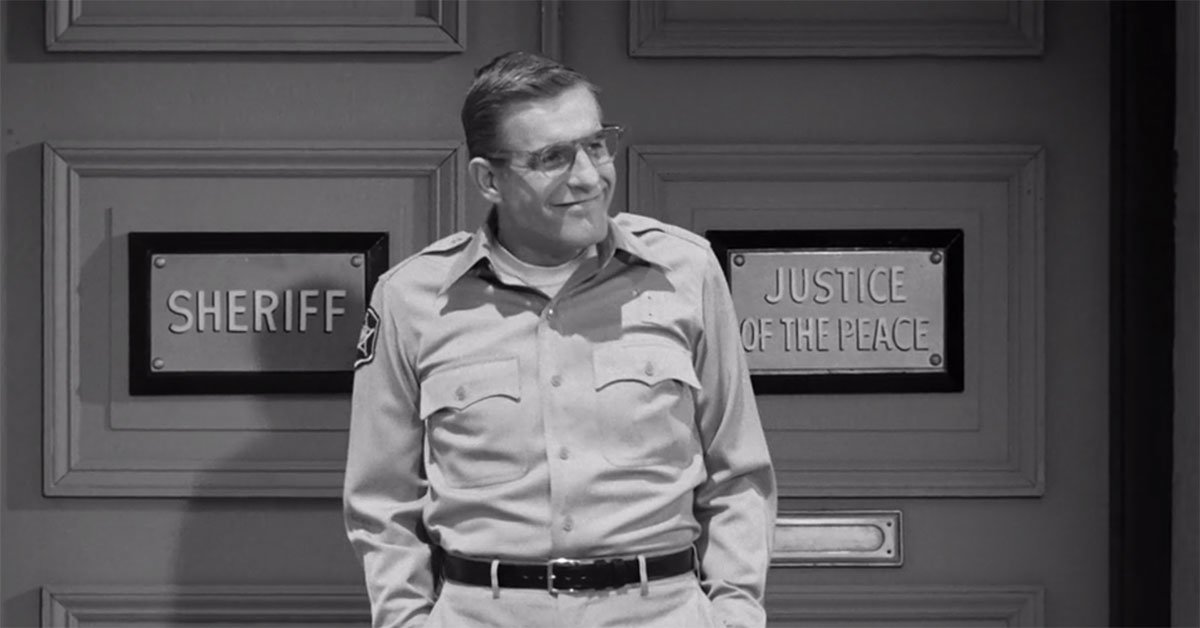 Van Dyke as a Mayberry deputy in ''The Banjo-Playing Deputy''

Jerry wouldn't have taken it anyway; filling the iconic shoes of Don Knotts was just too daunting a task. Plus, Jerry landed his very own show. My Mother the Car debuted in September 1965 and lasted just one season. Jerry Van Dyke starred as Dave Crabtree, a lawyer whose mother gets reincarnated as an antique car. Despite its ridiculous premise, the show had real talent behind the scenes.

Producers Allan Burns and Chris Hayward had just created The Munsters and Burns would go on to create The Mary Tyler Moore Show. Prolific film and TV producer-writer-director James L. Brooks even got his start in Hollywood writing two episodes of the show!

With that kind of talent involved, and absurd concepts being the norm at the time, it’s not hard to see why Jerry Van Dyke thought My Mother the Car was a good opportunity. Alas, history has proven otherwise. 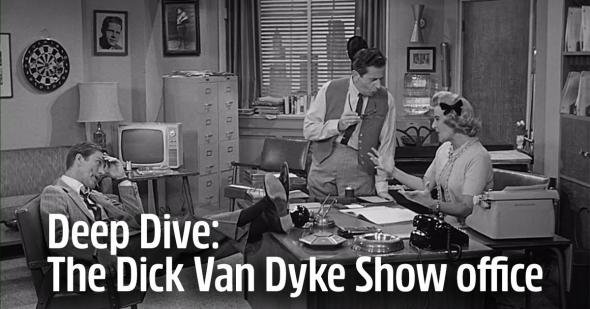 10 tiny details you never noticed in Rob's office on The Dick Van Dyke Show
Are you sure you want to delete this comment?
Close JJ 1 month ago
I read about Jerry VanDyke abusing and pimping out his daughter to actor Robert Mitchum and then later she became involved in the adult film industry before finally committing suicide. It changed my opinion of Jerry VanDyke who was cast as a lovable buffoon in so many television sitcoms.
Like Reply Delete

ncadams27 1 month ago
My Mother the Car is fairly well remembered today because it is considered bad. There are a number shows that were once very popular and are now almost forgotten, such as December Bride.
Like Reply Delete

Pacificsun 1 month ago
IMO, Jerry Van Dyke was more than comfortable shifting from show to show, trying on different characters, and being (well a ...) character actor, which meant supporting an established ensemble. It's not that he couldn't have anchored Gilligan's Island. But why. Jerrry's talents went deeper than that. He had a very cool role as Assistant Coach (in Coach) against Criag T. Nelson. Who gave him full reign to do his thing. I mean, who wouldn't want to play against Mr. Nelson and the great Shelly Fabares. I give him credit though, for tackling My Mother the Car. I bet a lot of actors wouldn't. But it was just to surreal a premise to be well accepted. (And yet, Green Acres was, so who can say??).
Like Reply Delete

RoseWinkler 1 month ago
I remember my parents taking me to see JVD in Vegas in 1970. He was so funny, i still remember a lot of the jokes, even the adult ones my dad was surprised I got (I was 15). He had an electric bango & talked about how hard it was to play banjo before electricity, because the bangos used gasoline & where teal heavy.
I'm so glad he got a great role in "Coach". Finally showed how funny he really was.
Saw MMTC. Terrible. He should have passed.
Like Reply Delete

GordARebelato 1 month ago
I thought that Jerry Van Dyck would have being a good replacement for Barney, a bumbling deputy, he would have played the part well.
Like (1) Reply Delete

PortelaJ 1 month ago
For me, MMTC at the time was watchable. 50 plus years later it just doesn’t tickle my funny bone. No disrespect.
Stay Strong!
Like Reply Delete

LucyImHome1951 1 month ago
Maybe someone should have COACHED him in the right direction. Did anyone get that joke? Hello is thing on? I was a hit in Cleveland!
Like (2) Reply Delete

cperrynaples LucyImHome1951 1 month ago
Yes I know JVD did Coach and ended his career with a certain "hot" sitcom...LOL!!!
Like Reply Delete

BrittReid 1 month ago
One of the worst shows ever.
Like (3) Reply Delete

ETristanBooth 1 month ago
I would have preferred Jerry as deputy over Warren.
Like (3) Reply Delete

GordARebelato ETristanBooth 1 month ago
I think JVD is better in a role of supporting character then the lead. He would have being a good complement to Andy's character.
Like Reply Delete

SalIanni ETristanBooth 1 month ago
I would have preferred a tree stump over Warren.
Like Reply Delete

cperrynaples 1 month ago
I knew this story and I for one would love to see MMTC on MeTV! Sadly, I might be in a minority on this board! However, if you did a lyric on THIS theme, I would score 100%...LOL!!!
Like (1) Reply Delete
Load previous comments

Lantern cperrynaples 1 month ago
I never thought (and still don't think) that this show was that bad - it wasn't any worse than other "absurd concept" shows at that time (such as flying nuns, talking horses, etc).

cperrynaples Lantern 1 month ago
Yes, you are right! You win a 1928 Porter...LOL!!
Like Reply Delete

daDoctah MrBill 1 month ago
But you did get an episode in which Dave Willock (the announcer on Hanna-Barbera's "Wacky Races" and the husband in the Stan Freberg-directed soup commercial where Ann Miller "always makes a big production out of everything") plays the puzzled next-door neighbor. And the one in which Mom insists on going to the drive-in to see a movie starring her idol: Sonny Tufts.

cperrynaples daDoctah 1 month ago
Sonny Tufts was a major actor in the '40's, but by that time, he was an punchline! I noticed you made a callback to a Bullwinkle episode there! Would you believe his last on-camera appearance was on Rowan & Martin's Laugh In?
Like Reply Delete