The daughter of Bruce Lee brings the martial arts master and philosopher to life with Darby Pop comics. 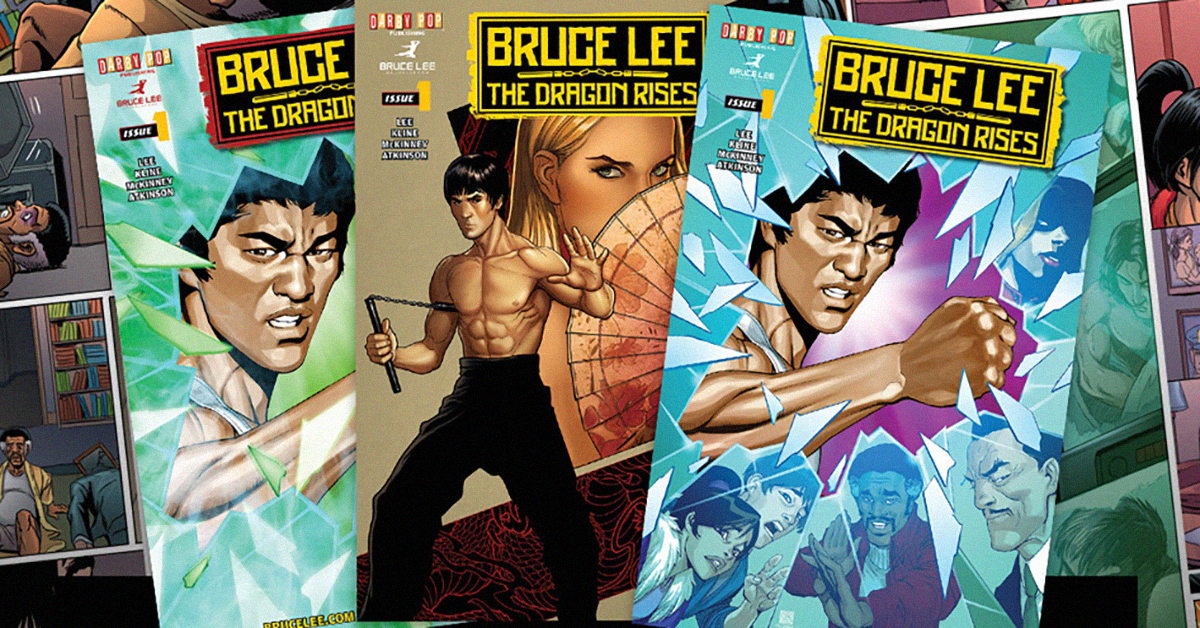 Bruce Lee is a global icon, a figure as recognizable as Elvis Presley, Bob Marley and Mickey Mouse. But what if he were alive today, un-aged and unchanged over the last four decades?

This is the question raised and answered with aplomb in the comic book Bruce Lee: The Dragon Rises, a new ongoing series launched last month by Darby Pop Publishing. Written by Bruce Lee's daughter, Shannon Lee, and Darby Pop founder Jeff Kline, The Dragon Rises is the first official comic book from the family of Bruce Lee. The martial arts star may be universally known, yet the man himself — a father, philosopher and trailblazer — often goes overlooked. The new all-ages comic book delivers the action you would expect as well as Bruce Lee's human side. 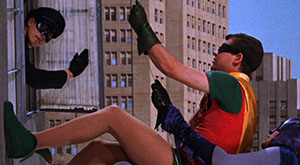 We chatted with Lee and Kline to discuss the origins of the project, Bruce Lee's influences and the current state of martial arts superheroes.

MeTV: Why did you choose comic books as the medium to tell this story?

Shannon Lee: I grew up reading comic books. My brother [Brandon] was really into comic books; they were always lying around. There were characters I really liked, so I had familiarity with this world from an early age. I thought, "Why isn’t there an official Bruce Lee comic?" It was a no-brainer. So there was that. Secondly, it’s a way to reach a younger generation who maybe don’t know who Bruce Lee is. Finally, you’re able to use your imagination. It’s not a biopic where you have to find someone who can imitate him. It's a wide open creative arena.

MeTV: Who were those characters you really liked?

Lee: I really liked the Fantastic Four, the Incredible Hulk. I once convinced my middle school teacher to let me read a Hulk comic in class. He was impressed that there were a lot of good vocabulary words! I really liked Conan the Barbarian, Spider-Man, and there were those dark horror stories lying around, too.

MeTV: In the 1970s, there were suddenly new comic books like Iron Fist and Master of Kung Fu, which seemed clearly inspired by Bruce Lee. Were you aware of these characters? Was there any animosity towards them?

Lee: Looking back, it was a double-edged sword. On one hand, if somebody loved my father so much that they want to emulate him, that’s a positive thing. At the same time, it’s trading on somebody else’s legacy. I’m happy to be able to do the real Bruce Lee. There are many homages to him, but the one thing they are not able to be is Bruce Lee.

Jeff Kline: One of the things that makes Bruce Lee unique is that while Iron Fist and Master of Kung Fu toyed around with his philosophies, they were not his philosophies.

Whether you realize it or not, Bruce Lee has affected your experience of the world.

MeTV: How would you describe his philosophies?

Lee: His philosophies could be applied to martial arts and life. They are full service in that way. At their root, they are about people in their lives trying to overcome obstacles and be the best they can be. So there are all different manner and levels of application. Because this is an action book, we’re able to play with all of those things. His philosophies are about how to move through the world with the most flow.

Kline: If you go back and look at some of the interviews, there’s a preconception that his philosophies were Confucius-like. But he’s actually really cool, really ahead of his time and really forward thinking.

MeTV: In Enter the Dragon, Bruce describes his style as "the art of fighting without fighting." Is that an apt summation?

Lee: In that scene he’s being challenged. This guy says, "Show me your style." My dad ends up tricking him into getting into a small boat. He won the fight without ever having to throw a punch or a kick; he used his brain. There are many different ways to encounter an opponent. It says, you can settle disputes many different ways.

Lee: He started training with Yip Man. He trained with him from 13 to 18. Yip was a very philosphical man. He was all about not being rigid, going with your nature, not against your nature, going with your flow. My father was always struggling with that. He had an epiphany where the phrase "being like water" came from. Yip told him, “You are too rigid. You can’t come back to school for a week.” My father took a boat out floating in Hong Kong harbor. He was frustrated and punched the water with his fist. He punched the water and had one of those "A-ha!" moments. The water moved out of the way and was not hurt. It’s soft. You would think it is weak, in a way, but it is strong. Empty your mind, be formless and shapeless like water — he got that at a very young age. He later majored in philosophy at the University of Washington, and lectured on Eastern philosophy at a local high school — where my mom went to school! He was into Alan Watts, Joseph Campbell, etc.

MeTV: What is a greater challenge — accurately capturing Bruce Lee's moves in a comic book panel or his philosophies?

Kline: It's hardest on the artist! We just write, "Big fight scene here." [Laughter all around.] In all honesty, Shannon is very specific in what happens in those fight scenes. They have to be part of what Bruce Lee did. "Does this look right? Does this feel right?"

Lee: We spent a lot of time, too, for reference, looking at photos, facial reference, how he held his body. It’s important to make him look and feel authentic.

MeTV: Comic books are a source for so much mainstream media now. If someone approached you about turning Bruce Lee: The Dragon Rises into a television series or movie, what would you say?

Kline: My background is in animation; I was a writer and producer on Jackie Chan Adventures. I’d be very happy if someone wanted to do a Bruce Lee show.

Lee: I would be happy about that, too. We would want it to be done in the best way possible, with great partners, someone who would do justice to it. For me, the more outlets and availability for people to discover Bruce Lee, the better. It’s fun and entertaining, but it has stuff that is good for the world. Being able to put that out in a large way is always inviting.

MeTV: There has been a lot of discussion and controversy online lately surrounding the casting of white actors as martial arts masters in upcoming projects like Iron Fist and Doctor Strange. Do you find this trend in Hollywood frustrating as well?

Lee: Yeah, definitely. I think that there is… It’s exactly the struggle that my father went through. My father wanted to share his love of martial arts and his creativity in film and television. He struggled very much in Hollywood. He was up for lead character in [the 1972 television series] Kung Fu and he was told that he was too Chinese, that Americans would not accept a Chinese man in the lead role. Hollywood is so concerned with making money, they aren’t looking at the greater talent pool and being authentic to the story they are telling. There are thousands and thousands — at least, if not millions — of people who could play these roles. Imagine if nobody had given Bruce Lee a shot. Clearly, he excelled. He has become this renowned icon that we are still talking about. Hollywood does need to change. I’m all for it. I think we should be looking at talent for the sake of talent in the best way possible.

Kline: I do believe that this generation is color-blind. They really don’t care. My 12-year-old daughter really does not even know the difference. It’s just not on her radar. Bruce broke incredible barriers to be on Green Hornet. We take that a little bit for granted now. TV has been better at being diverse lately, but we forgot how different it was 50 years ago.

Lee: I think there is going to be a paradigm shift. The people in power are still from the past generations. It’s a good thing that people are talking about it and making noise about it.

MeTV: To sum up, give one reason to go pick up the comic book this weekend.

Kline: It's free! And it's all ages. It very easily could have been teen. Bruce was a funny guy. We want the kids to take him back.

Lee: Whether you realize it or not, Bruce Lee has affected your experience of the world. Back when he was making movies, there were not Asian men in movies; there weren’t kung fu studios on every street corner; there wasn’t realism in the fighting in movies. When you see fights in a Jason Bourne movie, a lot of that is due to the awareness Bruce Lee brought to the culture. Learn a little bit about Brue Lee. It’s good stuff for the psyche, for the soul.

Bruce Lee: The Dragon Rises is available now. Order the books at BruceLee.com.