Inga Swenson may have been Lorne Greene's favorite wife on Bonanza 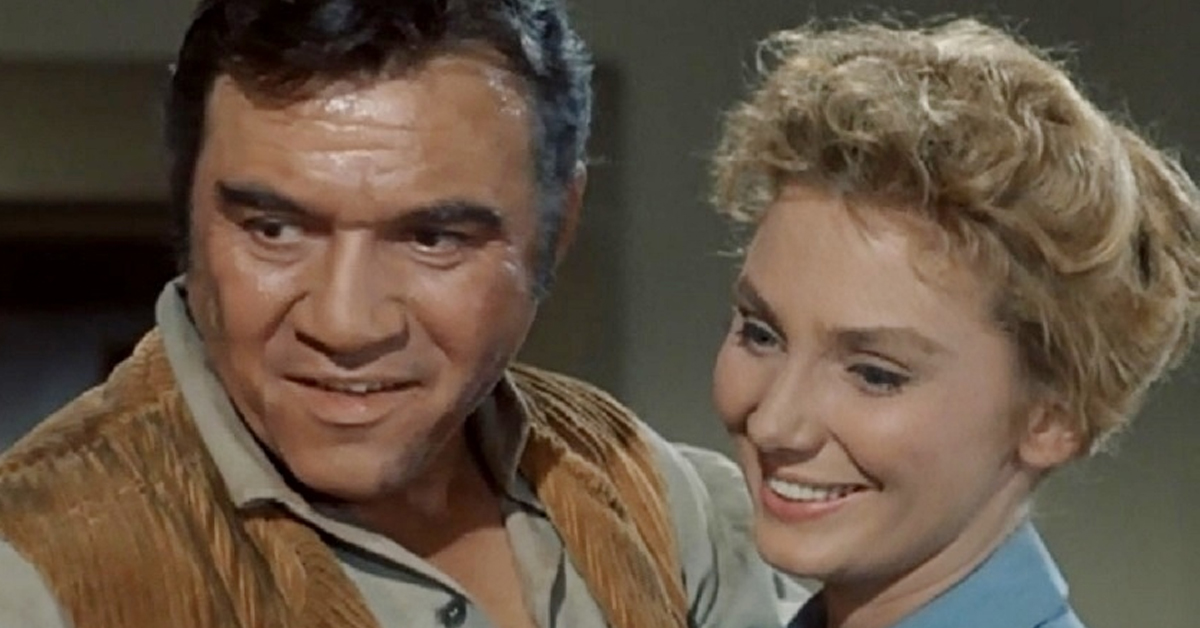 For Bonanza fans in the 1960s, the biggest request they made of show writers was to finally introduce them to Ben Cartwright's wives, the three mothers of his three boys.

In 1961, writers appeased these fans with "Elizabeth, My Love," which introduced Adam Cartwright's mom. Then in 1963, "Marie, My Love" introduced Little Joe's mom.

Between these two episodes was "Inger, My Love," which arguably cast Ben Cartwright actor Lorne Greene's favorite actor to play one of his wives.

Inga Swenson — whom reporters in the Sixties called a  "miraculous girl" whose acting was a "joy bordering on revelation" — came to the Bonanza set to play Hoss' mom, Inger. Lorne Greene never wanted her to leave.

"Inga is such a wonderful girl," Green told The Birmingham News in 1963. "I wonder: why do we have to get rid of her?"

Swenson started acting in the 1940s as a stage actor, and though she thoroughly enjoyed doing television work, the stage remained her greatest love.

She told The Clarion-Ledger in 1975 that she preferred stage acting to all other acting, because "you can act with your eyelashes."

And she told The Oakland Tribune in 1964 that she knew she wanted to be an actor when she was only eight years old and wrote in her diary, "I think I'm going to be an actress" after a local director told her that he "can see it in my eyes."

"I always wanted to be the princess in the castle," Swenson said. 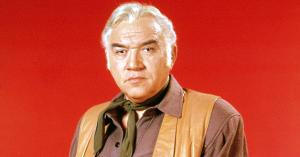 That's why she grew her blonde hair long, because, she said, "you can’t be a princess in the castle without long, blonde hair."

As a kid, Swenson hid her desire to act, but when her dad passed away, she mustered up the courage to tell her mom about her dream.

Her mom wasn't so sure that her daughter could handle the tough industry and told her sympathetically, "Let's see first if you really have the ability."

Of course, Swenson did have the ability, and then some, and when her big break came in 1956, she toured the country with a production and soon got linked up with an eager agent.

"I have a new agent, just a kid and really a character," Swenson told The South Omaha Sun in 1963. "But there's one thing about him: he thinks I'm great."

This led Swenson to do Bonanza, as well as roles on a variety of TV dramas through the 1970s.

Then in 1979, she joined her first TV show cast when she became a chef on the sitcom Benson.

Swenson said she never knew what roles she’d get because her look has always been so distinct, and her height — 5' 9" — made her less desirable for daintier roles.

"Let's face it," Swenson said. "I'm not easy to cast. They can't dress me up in a tailored suit and high heels to play a secretary."

But she was just right to play Hoss' mom on Bonanza.

A reporter for The Clarion-Ledger wrote in 1975 that Swenson "has the fresh-faced, clear-eyed look of someone who just came in from feeding the chickens."

After Swenson appeared in "Inger, My Love," she returned to the show one last time for a second episode.

In "Journey Remembered," Ben has more flashbacks about arguably his favorite wife.

When Swenson was doing TV, she wasn’t the kind of actor who lived in a big city and waited around for parts.

She was actually a housewife living in New Jersey, raising her two boys, where she felt she stuck out even more than she did at casting calls.

"All my neighbors must think of me as the crazy actress with the false eyelashes and the fur coats," Swenson told The Star-Gazette in 1968. "I'm sure they don't understand me, and while I like them, I don't understand them."

When opportunities like the Bonanza episodes arose, she'd make no big fuss about it.

"I simply packed a bag, kissed my husband and the children goodbye, and headed for the airport," Swenson said.

She also had no hard feelings about only doing two episodes of the hit TV Western despite her popularity behind the scenes.

"It's a sequel, but in this one, they're going to kill me off," Swenson reported nonchalantly about her second episode.

Her passion remained stage acting, although she appeared onscreen until 1998. She's a life member of The Actors Studio, but not much is known about her whereabouts today.

We can be sure that the love of acting sparked during her youth has stayed with her, though, and in her career, she was nominated for two Tony Awards, surely making her mom proud that she encouraged her to act from a young age.

Swenson said her mom continued to be the audience member whose attention she remembered craving most.

"Actors never forget their childhood," Swenson said. "We never get over playing dress-up, putting on fancy clothes in the attic and saying, 'Look at me, mommy.'" 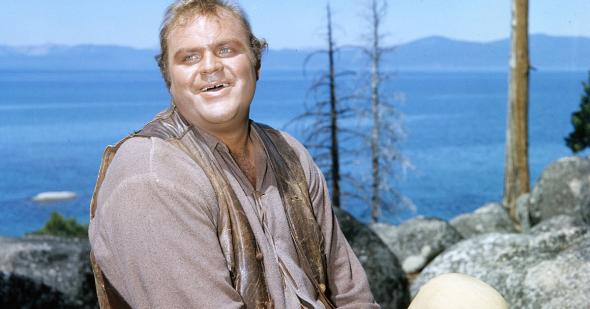 Did you know?
Dan Blocker was a giant from the day he was born 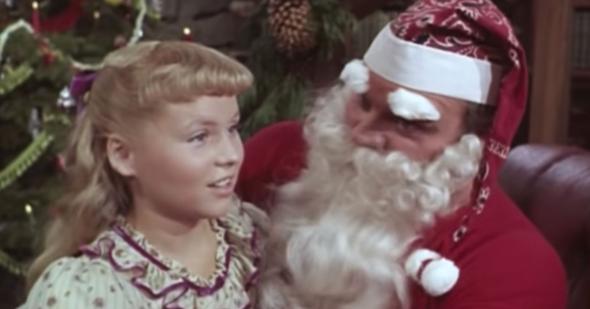 WesternsChristmas
Can you guess which Western these Christmas kids are from? 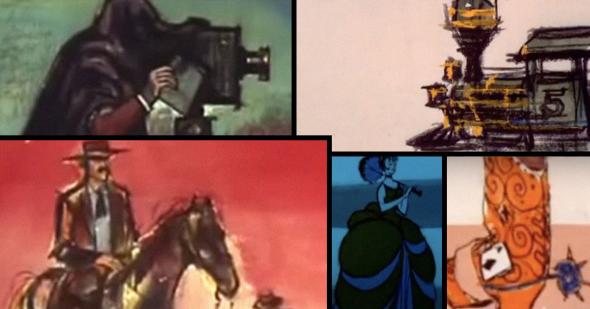 Are these Western illustrations from the credits of Bonanza or The Wild Wild West?
Are you sure you want to delete this comment?
Close

HeleneNeiman 11 months ago
I cant believe there is no mention of her operatic singing voice ! She was originally in Musical Theatre, and she played the lead in the musical " 110 In the Shade ", the musical version of the play " The Rainmaker ", which was a movie with Katherine Hephern and Burt Lancaster. I used to have the record album of " 110 In The Shade ", and her voice was glorious, like Julie Andrews and Florence Henderson.
Like (1) Reply Delete

RPniewski 11 months ago
Her appearances on "Bonanza" were by far the best of the "wife" flashbacks. "Elizabeth, My Love" was ok, but really rather badly performed; "Marie, My Love" didn't match in any way the backstory that had been set up for Joe's mother in earlier episodes (with implications that she had been a prostitute); but "Inger, My Love" allowed Hoss's mother to be as close to a three-dimensional and realistic a character as network television would allow at the time. Both of her episodes are superior.
Like (2) Reply Delete

tvnutt76 11 months ago
Before Benson she was in a few episodes of Soap. She played Ingrid Swenson, the maid of Jessica and Mary's parents. The sisters had a brother (played by Bernard Fox) who was hiding in South America because he got Ingrid pregnant and the family ran him out of the country. We learn that Jessica adopted the baby as the Tate's second child, Corrine. Also Inga was not the chef in Benson. Gretchen Krause was the head housekeeper.
Like (1) Reply Delete

Andybandit 11 months ago
I liked inga in Benson. I wish MeTv would air Benson and some new old shows instead of the same shows over and over again.
Like (3) Reply Delete

MichaelSkaggs Andybandit 8 months ago
I second that motion.
Like Reply Delete

cperrynaples 11 months ago
Stephanie did you realize today was her birthday? She's still alive at 89, and of course I remember her as the cook on Benson!
Like (1) Reply Delete

Pacificsun 11 months ago
1988 Last picture I could find of her. But I certainly remember her in Benson. An outstanding character!

nightshade 8 months ago
didnt her and Benson get together near the end of the series?
Like Reply Delete