Watch the video to see the carousel that inspired terror delve even further into the Twilight Zone. 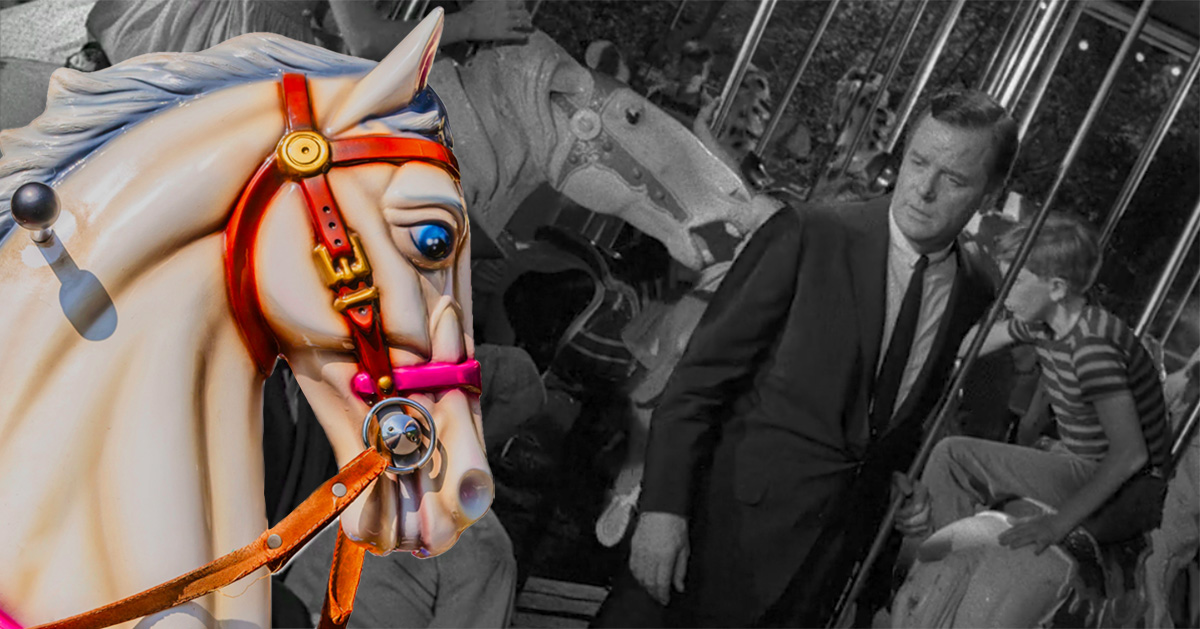 The Twilight Zone started in a small town 70 miles south of Syracuse in New York, where series creator Rod Serling grew up. The town of Binghamton is for fans of the influential anthology series what the real Mayberry is for fans of The Andy Griffith Show. There's a special exhibit in a museum there full of Twilight Zone memorabilia and the town is home to the real carousel that inspired the scene in "Walking Distance" where a man accidentally stumbles upon his former self as a boy mounted on one of the ride's painted horses. 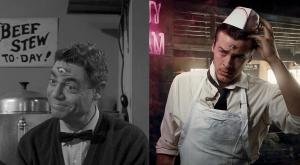 And now, dedicated fans have a new reason to return to Serling's noted hometown. The carousel that inspired "Walking DIstance" has gotten a perfectly eerie makeover. Artists Cortlandt Hull and Bill Finkenstein are restoring the carousel, painting it to match the carousel that Serling created and adding some extra flourish as well. Along the top of the carousel, they've painted scenes from other iconic episodes, including "Nightmare at 20,000 Feet," "Time Enough at Last" and "It's a Good Life."

Watch The Atlantic's documentary below to see the paintings and interviews with the artists as well as Serling's daughter Anne.

The documentary also details the pains Serling took to mimic the carousel from his hometown for the episode, proving that nothing sticks with you as strongly as the stuff that you encounter in your childhood. If you make it to Binghamton to ride the carousel, just do yourself a favor and look the other way if you see a tike who looks a touch too much like you did in your youth.