The Duck Dodgers sequel was meant to show before a blockbuster sequel. 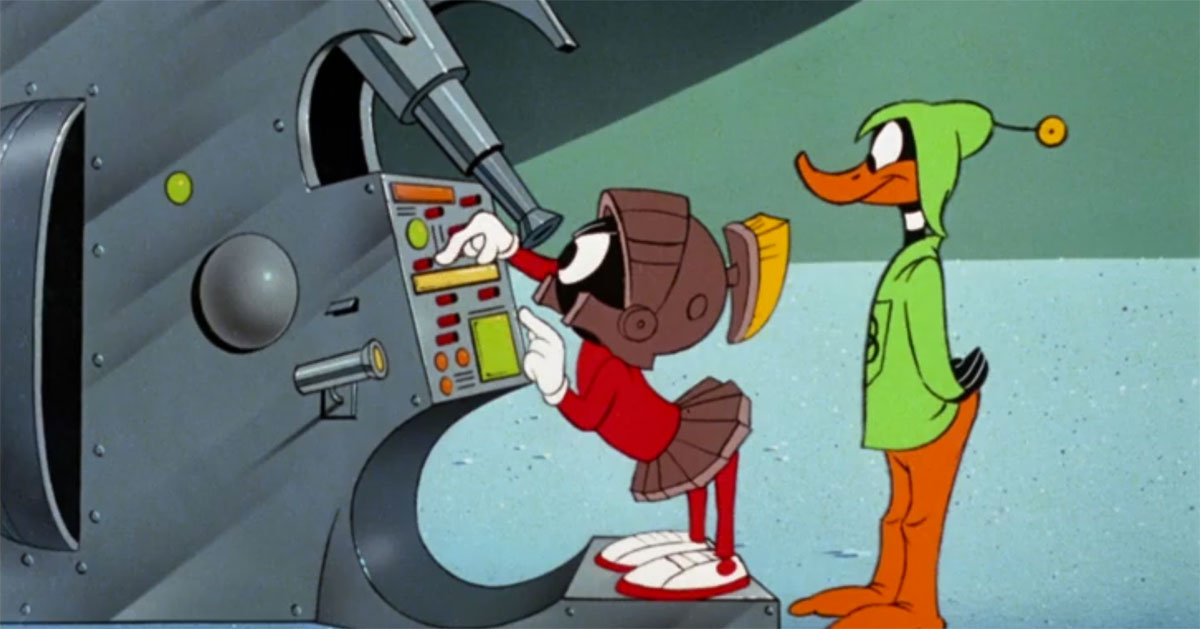 George Lucas claims that Looney Tunes drove him to become a filmmaker. As he tells it, the California kid was eight years old when he went into a movie theater and saw Duck Dodgers in the 24½th Century, the spoof of Buck Rogers with Daffy Duck. That Chuck Jones-directed classic was released in 1953. Lucas was born in 1944, so the math just about checks out.

But Chuck Jones, while flattered, remained a little skeptical. "[Lucas] said that it impressed him so much that he decided he wanted to make movies," Jones explained in an interview with animation historian Jim Korkis. "At least, that's what he said in interviews at the time. [Laughs] Who really knows?"

Lucas loved "Duck Dodgers" so much that, two decades after its release, he insisted that the original 1953 cartoon short be shown before Star Wars when possible.

"I know [Lucas] loved the layouts done by Maurice Noble," Jones said. "Who wouldn’t? They were breathtakingly beautiful."

Lucas and his Star Wars franchise would in turn help awaken the slumbering Looney Tunes empire.

In 1980, the sequel The Empire Strikes Back was finally hitting theaters after three years of anticipation. Lucas, still a Daffy fan, wanted a Duck Dodgers sequel to run before the movie. There was just one problem.

"Warners [theatrical animation] had been closed for years," Jones explained in his chat with Korkis. "Friz [Freleng] and I had been doing some television specials using the characters but I had to work hard to reassemble some of my old team. Fortunately, most of the guys I wanted had not spent too much time doing the Saturday morning stuff and dulled their skills. Some of them had worked on commercials that were fully animated. Top people that I needed like Phil Monroe and Ben Washam and others hadn’t lost their touch, fortunately. Of course, we had Maurice Noble again to design a revolutionary spaceship."

The old band may have been back together again, but there must have been some rust — Duck Dodgers and the Return of the 24½th Century was not completed in time to run before Empire Strikes Back. "But an attempt was made to release it theatrically," Jones admitted.

In the end, this new Looney Tunes short aired on television during the holidays as part of Daffy Duck's Thanks-for-Giving Special. The Looney Tunes / Merrie Melodies factory had wound down production back in 1969, when the Warner Bros.-Seven Arts Animation studio shut down. The final theatrical short from that long original run would be a Cool Cat cartoon.

A decade later, in 1979, some new Looney Tunes shorts were created for TV. Duck Dodgers and the Return of the 24½th Century would have been the first theatrical short in 11 years — had it actually found its way to movie theaters, as intended.

Looney Tunes would not make another theatrical short until 1987, when The Duxorcist, another Daffy Duck spoof, hit multiplexes. Thank Star Wars, in some little way, for getting the gears turning again. 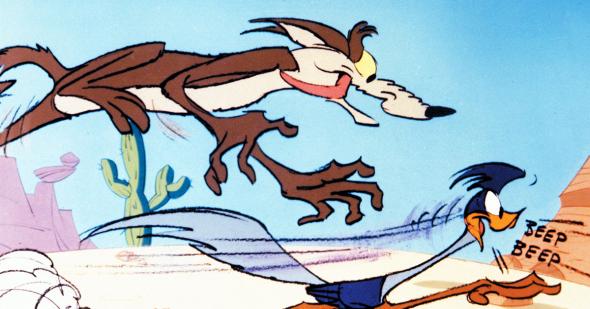 Cartoons
Is Wile E. Coyote really one of the ''nastiest'' TV villains of all time? 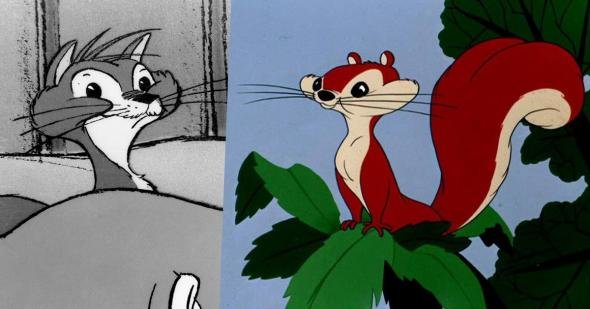 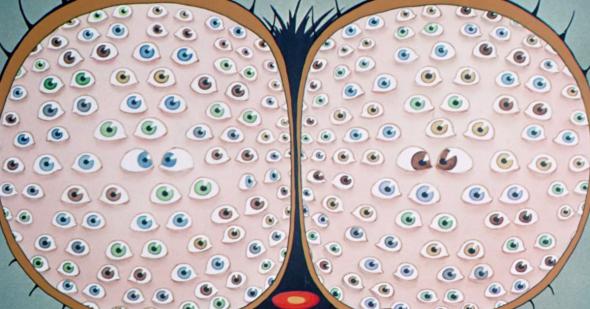 Cartoons
9 bizarre Looney Tunes shorts that are not like the rest
Are you sure you want to delete this comment?
Close

Thencerest 20 months ago
I think it's less important than earlier but still important to many including me. Enthusiasts still want the control and privacy. With Linux phones starting to offer full freedom, Android will have to increase user control to compete www.cash03.com.
Like Reply Delete

Yuuji 20 months ago
Get Ready to jam

Jimbo_52 20 months ago
I am nearly 70 years old, and along with the Three Stooges, Looney Tunes is one of my favorite laugh breaks.
Like (2) Reply Delete

Or drag a file here to upload
VaughnBaskin 20 months ago
Luckly WBA officially did the TV adaptation of Duck Dodgers in 2005.
Like (2) Reply Delete

Pax VaughnBaskin 5 months ago
Yeah, that was a good cartoon. Also, tying in with today's (June 27, 2022) Toon In with Me episode, this was the second hero that Daffy Duck had lampooned, namely, Buck Rogers in the 25th Century. Also, in one episode, Duck Dodgers had spoofed a third superhero, namely, The Six-Million Dollar Man, who was also met by the real Six-Million Dollar Man, who, yes, was actually voiced by Lee Majors, though, unfortunately, the Bionic Woman, namely, Farrah Fawcett, did not, unfortunately, appear in that episode, as far as I can recall. Another episode had him actually become a fourth hero, though, this time, it was a legitimate superhero through a crazy way, namely, he became a Green Lantern, or, more accurately, a Green Loontern, as Duck Dodgers had inadvertently had his laundry mixed up with the laundry of one Hal Jordan, and, as such, had, through a series of further comical mishaps, also had gained Sinestro as one of his foes. Daffy Duck would also revisit this role in LEGO Batman 3: Beyond Gotham. If that was not crazy enough, Kevin Conroy, of the Batman: The Animated Series, The New Adventures of Batman and Robin, The Batman/Superman Show, Batman: Beyond/Batman of the Future, Justice League, Justice League Unlimited, DC Universe Online, Arkham Asylum, and LEGO DC Super Villains fame, also had voiced the voices of a new kind of robotic henchman for Marvin the Martian, as well as his boss, the newly made for the Duck Dodgers series The Martian Queen, which was played by very attractive Tia Carrera. Now if that was not crazy enough, Mel Blanc, who did the original voice of Duck Dodgers, ironically would lend his voice talents to one of the robotic companions to Buck Rodgers in the television series of Buck Rodgers of the 25th Century. However, the voice that he chose was kind of like a less belligerent Yosemite Sam/Samuel Rosenthal, rather than the voice of Daffy Duck. Daffy Duck also had spoofed other heroes as well, namely, The Lone Ranger, Zorro, and the Scarlet Pimpernel. Also, Bugs Bunny, his foe/rival, would parody Superman as well.
Like Reply Delete

Pax Pax 5 months ago
Duck Dodgers was a parody of Buck Rodgers, sorry for not clarifying that for people.
Like (1) Reply Delete

Pax Pax 5 months ago
Also, yes, Farrah Fawcett did indeed reprise her role in that aforementioned Six-Million Dollar Man episode, which was called The Six-Wazillion Dollar Duck.
Like Reply Delete

LittleMissNoName 20 months ago
I will have to make sure and check it out this Saturday morning.
Like (1) Reply Delete

Michael 20 months ago
Is this why Duck Dodgers makes an appearance on a tv set in "Close Encounters of the Third kind"?
Like (5) Reply Delete

Stoney 20 months ago
Never knew this, but that is very cool. Duck Dodgers is my favorite Daffy Duck cartoon.
Like (2) Reply Delete