Where To Watch Shop Store Contact
Home / Stories / Ever wonder why every fictional character seems to have the phone number 555-2368?
Did you know?

Ever wonder why every fictional character seems to have the phone number 555-2368?

Who you gonna call? The Ghostbusters, Jim Rockford, the Bionic Woman, a woman in the Twilight Zone… 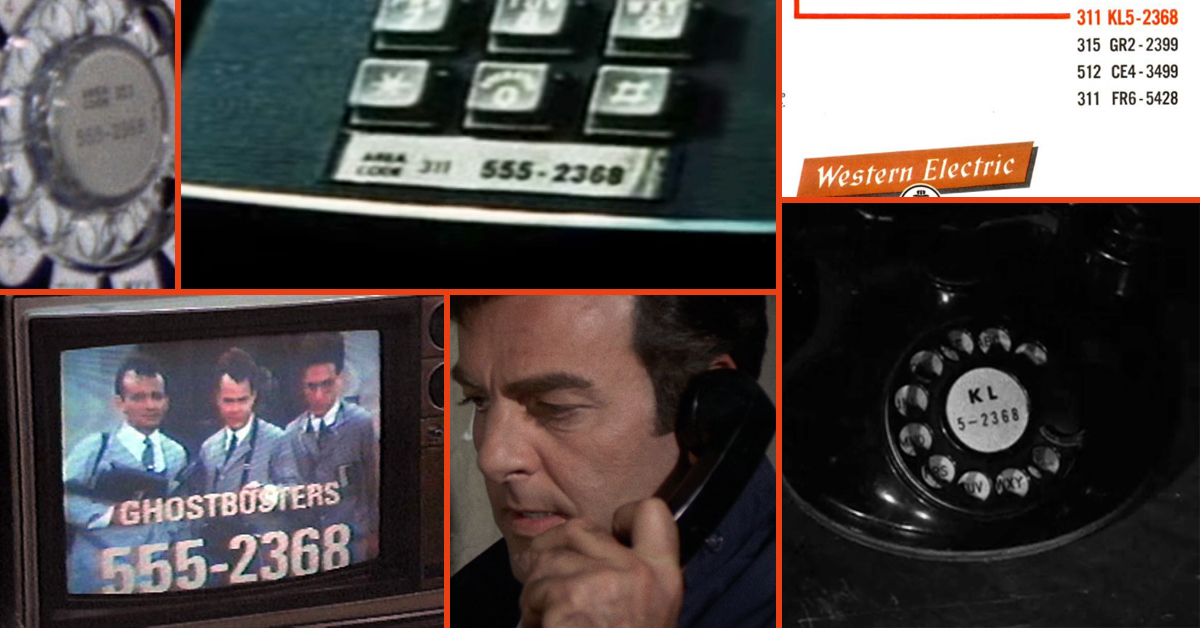 If there's something strange in your neighborhood, who you gonna call? As we all know from Ray Parker, Jr.'s theme song, the answer is the Ghostbusters. In the 1984 movie, we even see a phone number for the fictional paranormal exterminators. The Ghostbusters hotline pops up on a television screen during the rise-to-fame montage in the middle of the film. "Our courteous and efficient staff is on-call 24 hours a day to serve all your supernatural elimination needs," Ray (Dan Aykroyd) explains. You only have to dial 555-2368.

Some astute TV lovers in the audience probably recognized the number. From 1974 to 1980, that was Jim Rockford's phone number. In the opening credits of The Rockford Files, the camera pans across the cluttered desk of the unconventional detective. We hear his phone ring and his messages play. The camera pushed into the black telephone and we see the number: 311-555-2368.

But Rockford was not the only one to use those 10 digits. Not by a long shot. Oh, if you wanted to reach the Bionic Woman? You could reach Jaime Sommers in her coach house residence at — you guessed it — 311-555-2368.

A few years earlier, the same phone number turns up on The Mod Squad, in the 1971 episode "…And the Children Shall Bleed Them." In the Mannix episode "Memory: Zero," our hero uses a pay phone with the same number, as seen in the upper left up top.

Even before the era of seven-digit phone numbers, in the age of telephone exchange names like PEnnsylvania and BUtterfield, the same number turns up on television.

"Night Call," a fifth season episode of The Twilight Zone from 1964, centers around an elderly woman who keeps receiving disturbing phone calls. Take a good look at her phone. You can also see it in the image above. The number printed on the dial is KLondike 5-2368, or KL 5-2368. Of course, to dial "KL" you press "55."

So the big question you're probably asking is, "Why?" This convenient fake number did not originate in Hollywood, rather within the phone industry itself. For years, industry giants like Bell Systems and Western Electric were using KL 5-2368 and 555-2368 as dummy numbers. If you saw a telephone for sale at some point in the midcentury, it likely had the same number printed on it. It often popped up in advertising, too. At the top of the page is a Western Electric print ad from LIFE Magazine in 1961. You can also see it below on the right, on a 1962 Pacific Telephone brochure promoting the switch-over from manual switching to direct dialing. 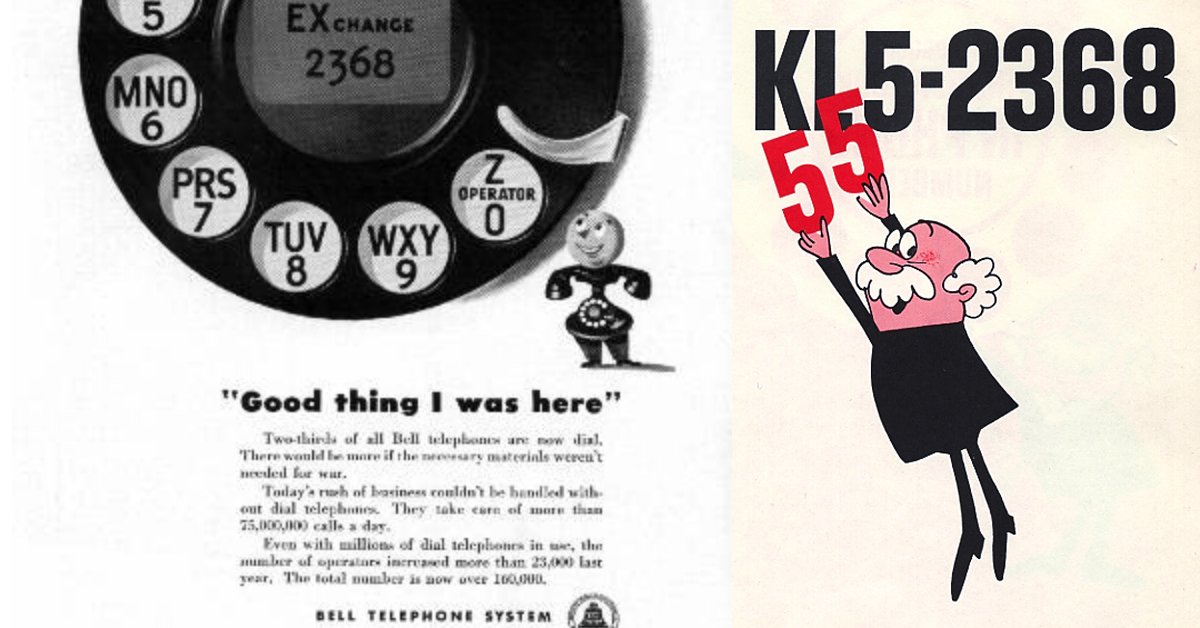 As for the 2368? That stood for CENT, as in CENTral. Going further back, you can find Bell using EXchange CENTral in its advertisements.

During the shift to seven-digit numbers in the 1960s, telephone companies encouraged TV producers and filmmakers to begin using the 555 exchange.

There have been others besides 2368. Homer Simpson promotes his Mr. Plow service with the number KL5-3226 in a classic episode of The Simpsons. Screech sold spaghetti sauce over the television on Saved by the Bell via 555-MMMM. Kramer's number on Seinfeld was 555-FILK, just one number away from Moviefone, 555-FILM.

As for reaching Rockford today? Don't try it. That '311' now gets you to non-emergency services.

TomRennick 9 months ago
I'm watching the 1st Season "Mannix" episode, "To Kill A Writer" and there on the desk, on the dial of an avocado green desk phone (popular color back then) is the number 311-555-2368.

lgflood 32 months ago
It's also in the Quincy, M.E. episode, "The Thigh Bone is Connected to the Knee Bone" (SE02/EP03.)
Like Reply Delete

jeopardyhead 43 months ago
One source I read/heard said that in the Laurel & Hardy short "Blotto" (c. 1931), the reason Oliver uses the no. OXford 0614 to call Stan is that that was Stan Laurel's phone no. in real life at the time. Other memorable L & H phone nos. include WAterloo 22 ("Twice Two") and HOllywood 4368 ("Beau Hunks"). What's crazy is that until I typed it out just now, I never picked up on a possible link between the no. WAterloo 22 and the movie title. Similary, I learned years ago that if you write out song lyrics you've known for years by memory, you notice meaning you didn't before.
Like Reply Delete

MichelleBradley 43 months ago
Just a clarification to this article, the change in 1962 was not from "manual" dialing.. instead, it was a change from using exchange names to All Number Calling (ANC). The education about ANC was necessary as the phone companies needed to add more prefixes within an area code where they had to use combinations of the first two digits that may not make interesting words. Eventually, the need for phone numbers would require prefixes where the second digit is a 0 or 1 (such as 310, 506, etc.) where there are letters on the dial. Out here in Sharptown, I still refer to my phone numbers as TUrner 3.
Like (1) Reply Delete

jeopardyhead MichelleBradley 43 months ago
By the 1970's, our city was well into ANC, but my mother would still occasionally refer to our no. as ADams2-****.
Like Reply Delete

GinC 48 months ago
It's used in the original When A Stranger Calls (Carol Kane) as well. That's the first time I really recognized the number, then started seeing it everywhere! lol
Like (1) Reply Delete

Dario GinC 43 months ago
You can't more "fake" than that! 😆
Like Reply Delete