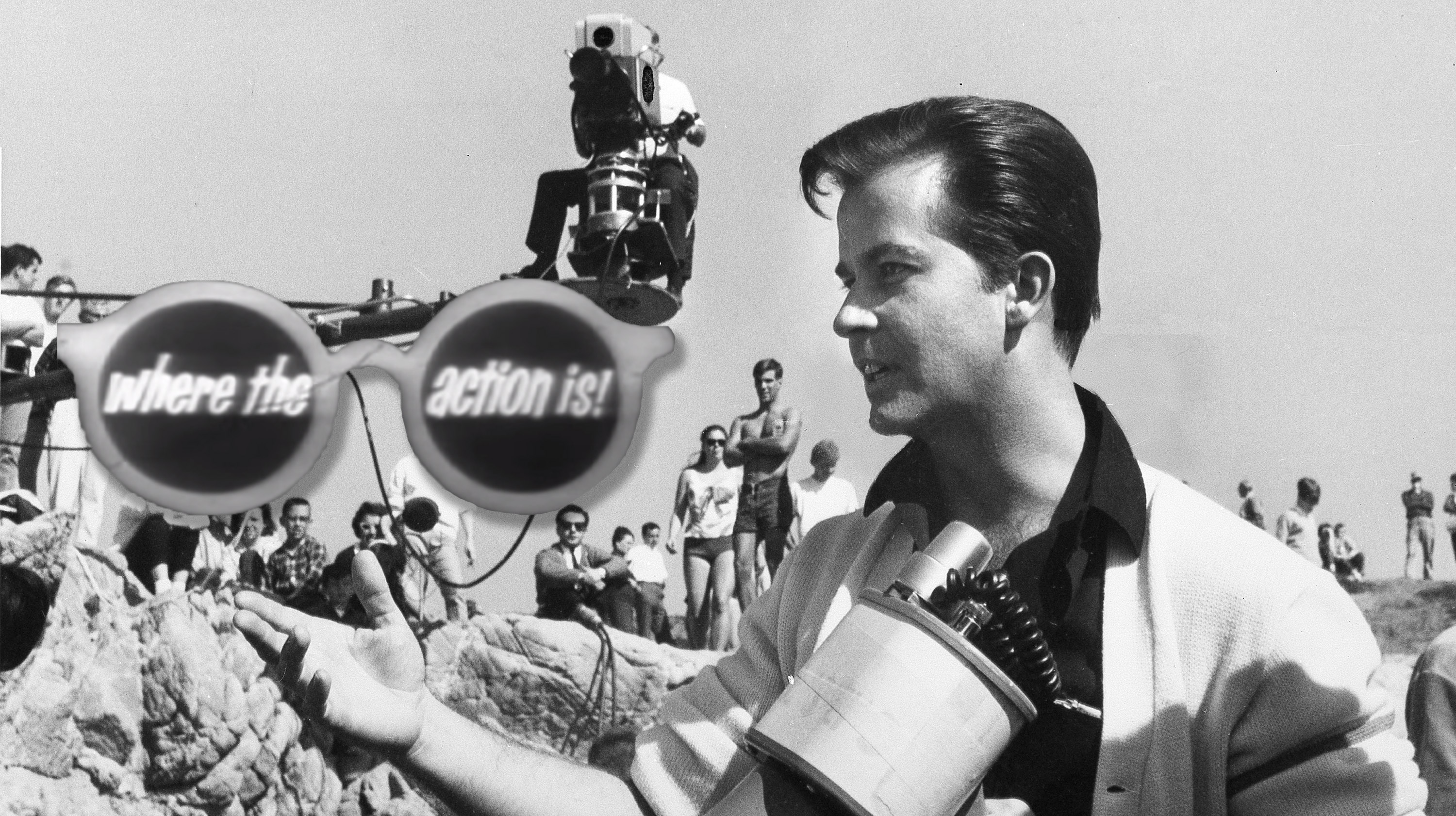 By 1964, Dick Clark had successfully galvanized youth culture and helped popularize rock & roll on American Bandstand. That year he relocated the show from Philadelphia to Los Angeles to ride the wave of surf bands that were crashing the charts. He had even hosted a couple of game shows (The Object Is and Missing Links) as well. But now he was looking to produce.
A year later, his Dick Clark Productions offered up its first television series, a Bandstand spin-off called Where the Action Is. The 35-year-old Clark would not host the 30-minute show, instead handing the mic to Steve Alaimo, a low level teen idol who set the record for most songs in the Billboard 100 without hitting the Top 40. Action kicked off on June 27, 1965.
The action, so to speak, was outside. Instead of filming musical acts in a television studio, the cameras captured rising acts outdoors — on the beach, in a park, on the L.A. streets, etc.
Here are the young Kinks playing outside the oldest brick building (and first Mexican restaurant!) in L.A.
Man, the Kinks were the coolest and I want to live in every moment of that clip. As you can see, the show also featured a regular team of dancers dubbed The Action Kids.
Originally a summer replacement slotted at 2PM on ABC, WTAI grew popular enough to move to 4:30PM, following Dark Shadows to nab the after-school crowd. Paul Revere & The Raiders served as the house band, sporting their trademark blue frock coats on the black and white screen. They were eventually replaced by the Robbs, a beat band from Wisconsin who cut a fantastic little nugget called "Bittersweet" I heartily recommend.
But what made the show soar was the embarrassment of riches in its bookings. The roster of groups to hit the show covered everything from girl groups to garage rock, from folk to soul. You could catch SoCal locals like the Music Machine ripping through "Talk Talk":
Or The Supremes singing (well, "singing") a medley of pop gems on the steps of a chalet:
The Byrds, The Who, The Shangri-Las, James Brown, Bobby Rydell, The Zombies, Dusty Springfield, Marvin Gaye… the amazing list of guests goes on and on. As if you couldn't tell by the Noxzema sponsorship in the closing credits below, the target market was teens. Alaimo would try to cash in and release an album of covers called Where The Action Is, but alas pulling off a James Brown number was not his forte.
Because of music rights, we'll likely never get a complete DVD collection of this spectacular series. Thankfully, there is the wormhole that is YouTube. Dig in.