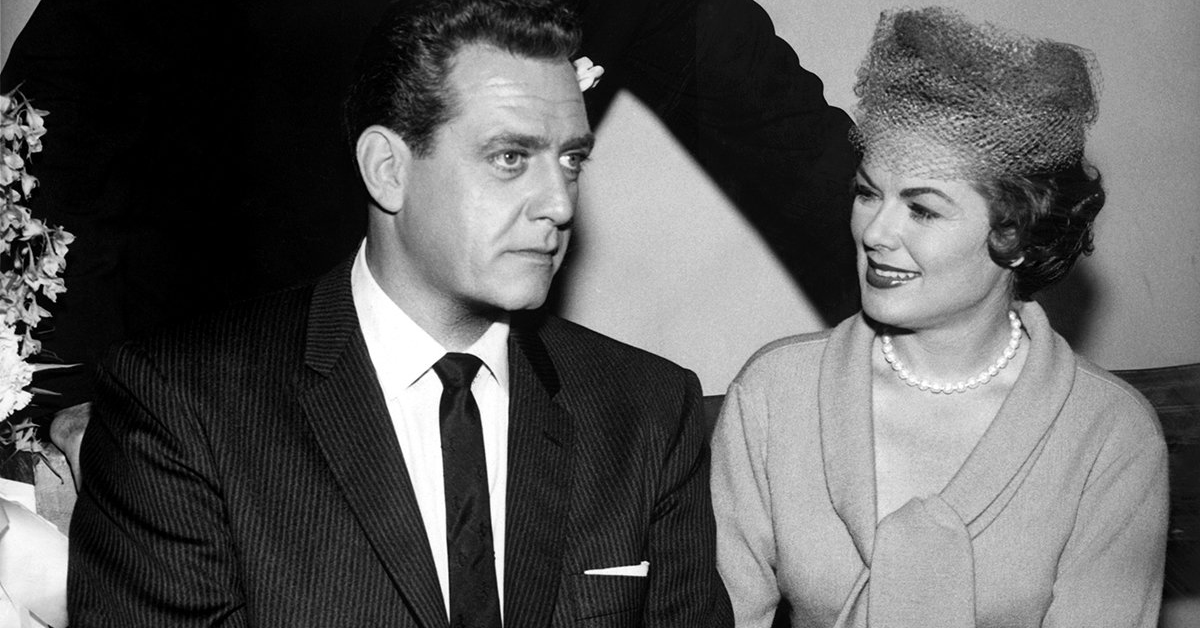 It's not easy stealing a scene from Raymond Burr, but on Perry Mason, it was practically required if you wished to remain his costar. In fact, Barbara Hale – who famously played Della Street to Emmy-winning acclaim – once joked, "I had to make an impact or Raymond would have put me in the back room!”

Luckily, Hale had the acting chops to keep up, and looking back, there's actually a natural explanation as to why the two made such a perfect onscreen pair: They practically came up together.

At the beginning of their careers, both Hale and Burr were contracted under RKO Pictures. This saw them running in the same circles and likely motivated to rise to the other stars' levels to better compete for roles. But just because they were both at RKO didn't necessarily mean they would have encountered one another before finding themselves cast on the same TV show. However, according to Hale, not only did they meet at RKO, but Hale remembered their first introduction came on her very first day in Hollywood:

"I had known him since the day I first arrived in Hollywood. We were both under contract with RKO, and we got to know each other very well. He was a wonderful actor and a dear friend."

You might think then that it was Burr who got Hale involved with Perry Mason, but there's actually more the story of how the show got casted.

It seems that at the time that Hale was approached to play Della Street, she was working with Perry Mason producer Gail Jackson not on another film project, but in an entirely different business. The pair ran a doll-making business together that unfortunately never took off. So when Jackson was ready to move on, she wanted to bring along her business partner, so she asked Hale if she'd accept the role.

And Hale said no!

In one of the actor's final interviews, she said her initial response was, "Oh, Gail, bless your heart for thinking of me. But I just can’t do a show right now." 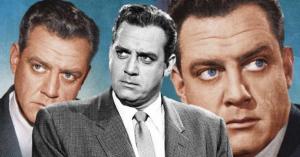 At the time, Hale was raising three kids, with the youngest just 3 years old. Jackson was finally able to persuade her by promising the show would be limited to just 18 episodes, and when at last she revealed that it was Burr signed on to star, that's when Hale was sold, described in the interview as "elated." (We get it, Della!) She said at the time her response was a gush, "Raymond, God love him, was one of the first people I met at RKO."

Over the course of Perry Mason's initial run (which of course ran way more than 18 episodes), Hale said it was her character's subtlety that ultimately was her power when sharing scenes with that powerhouse Raymond Burr:

"Behind every great man is an even greater woman. . . And that’s the extreme value of a woman in business. Because anyone with any true sense of power doesn’t parade it . . . they know they have the power and all they have to do is give a look or support . . . because they don’t have anything to prove. And that’s what helped the Della character and the empire with Perry Mason . . . that she had the chance to display how she felt with subtle reaction shots, instead of action shots. That’s the way she should have been portrayed . . . because I thought that her sense of quiet knowing was her strength." 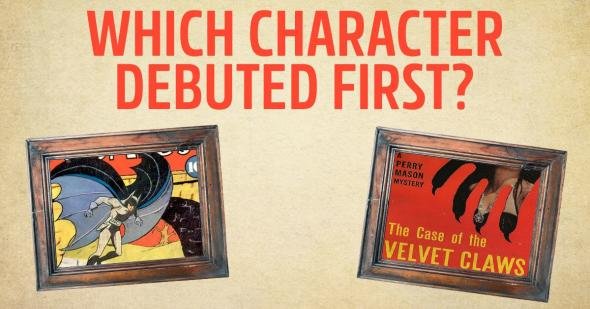 Trivia
Which of these iconic characters made their debut first?
Are you sure you want to delete this comment?
Close

ELEANOR 36 months ago
Well she is very subtle EXCEPT for TCOT Grinning Gorilla in which she totally breaks form and turns into this mushy, clinging secretary- office wife. She didn't have to memorize many lines -- her main one was "Oh Perry, please don't go in there."
Like (1) Reply Delete

Pacificsun ELEANOR 36 months ago
How funny! Just saw that episode last night. Always wondered where the promo came from with the Chimp on Burr's shoulder. He doesn't look pleased. Honestly, that was the dumbest episode of Perry Mason EVER! And clinging secretary/office wife is the perfect description!
Like Reply Delete

Pacificsun 36 months ago
I think the Post wonderfully explains why Hale is so enjoyable to watch over and over. Each one of the three (Burr, Hopper and Hale) had a unique chemistry together. Yes, a subtle brushstroke of reactions (facial, eye, comebacks). However I think Burr (as Mason) totally underplayed his relationship to Della. She's in every single office scene and Mason is always hauling out of the office somewhere. Yet all they seem to do is share meals. I think Burr (as Mason) should've cranked it up ... just a notch!
Like Reply Delete