Barry Livingston: My Three Sons was a "nice way to equalize our relationship." 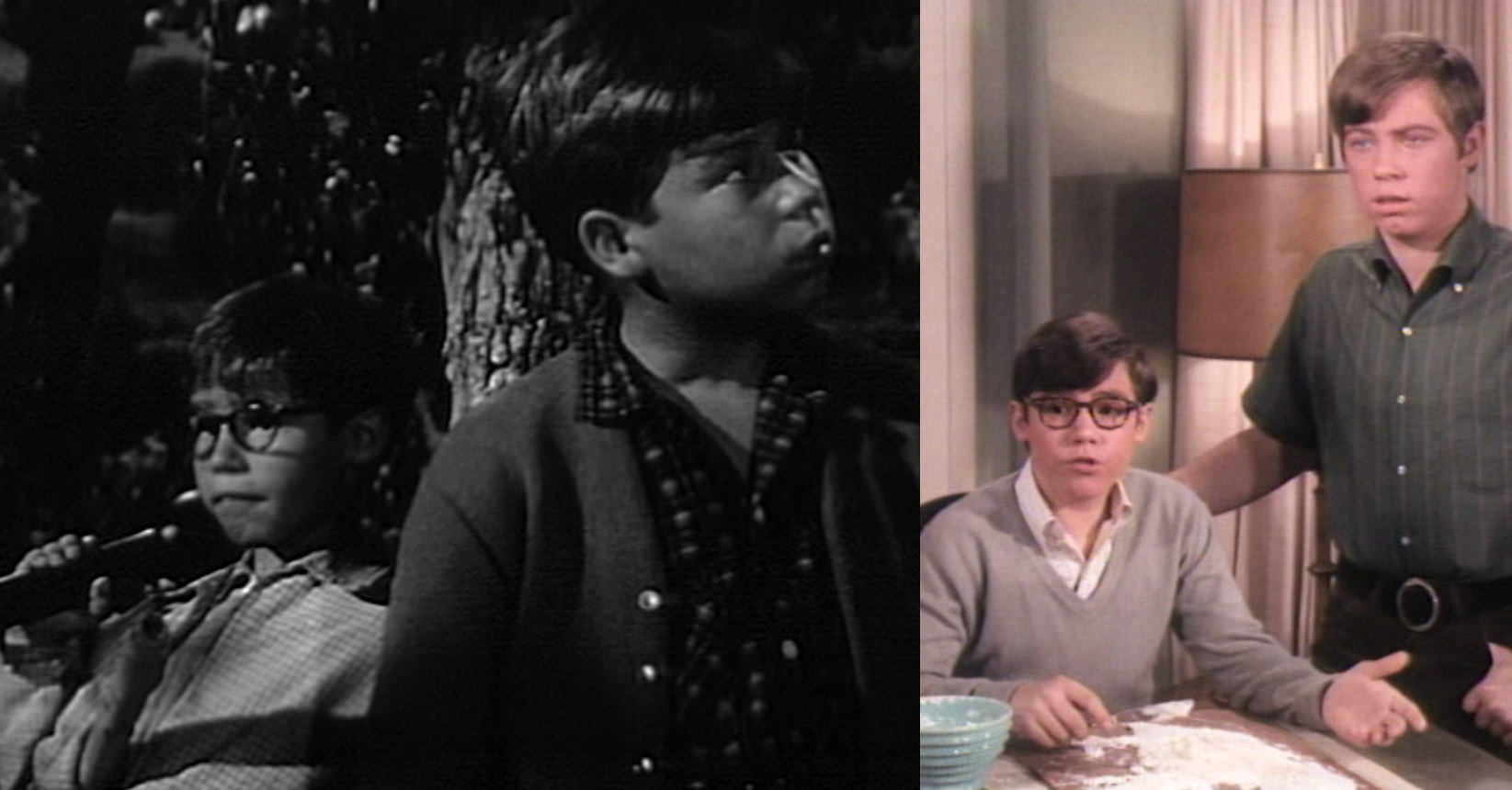 Most fans of My Three Sons know that in real life Chip Douglas and Ernie Thompson are actually brothers. Ernie Thompson is played by Barry Livingston and Chip by Stanley Livingston. Stanley's the older brother, born three years ahead of Barry, and both were eager to become child actors at the same young age. It's just that Stanley always had three years on Barry, so Barry was always trailing behind his more famous older brother.

Before My Three Sons, Stanley Livingston had made multiple appearances on The Adventures of Ozzie and Harriet, but it was My Three Sons that turned the boy into a star overnight. His little brother Barry had to get used to stepping aside as both strangers and family members overlooked the younger boy to gush over the child star.

In an interview with the Archive of American Television, Barry Livingston said, "You know, there’s a sibling rivlarly. I love my brother. Loved him then, love him now. But if you’re a younger sibling and you see your older brother being the object of everybody’s affection ... at the swimming pool, the girls were all, “Ooh, it’s Chip!’ And even if you go to a family dinner, the aunts and uncles, ‘Ah, he’s so cute!’"

This, of course, all changed as soon as Barry joined the cast of My Three Sons. According to Barry, it was a “… nice way to equalize our relationship, that I got on the same hit TV show that he was on.”

The addition of Ernie wasn't just great for the brothers. Barry said they really enjoyed all the time they got together, "It was great. We shared a dressing room, we shared a schoolroom, we’d go home at night, we’d share a bedroom.” It was also great for the show. Barry joined the cast in 1963, partway through the fourth season. The next year, My Three Sons would achieve its highest number of viewers ever, when more than 13 million viewers tuned in. In many ways, it was the addition of Ernie that gave the show that boost, and it was quickly decided the character would remain on the show as an adopted son.

And while you may think this is a story just about brothers, only about sons, you should know at the heart of Barry's casting was the boys' mother. In the interview, Barry said, "I was on the set a lot, even when I wasn’t the friend next door, because of my mom and her very clever way to get me into the biz. I would just hang out and be there, and, of course, they knew I was acting." Barry had already been cast on The Dick Van Dyke Show and The Adventures of Ozzie and Harriet, and just before his first episode of My Three Sons aired, audiences saw the boy on I Love Lucy. Still, that doesn't mean when it came time to cast Ernie Thompson that they just gave Barry the part.

Barry described his audition in the interview as a surprisingly nerve-wracking moment in his young life. He remembers everybody at the reading with a stone-cold face. Everyone, that is, except Gene Reynolds. Reynolds (who is perhaps most famous for his work as a producer on M*A*S*H) had taken over as director on My Three Sons at that point, but before that, at the very beginning of his career, he had been a child star himself. Barry could tell Gene knew what he was going through, and in the interview, he remembered, "He was the only sort-of human in the room. Everyone else looked like statues. But he was very friendly, very funny, very warm." 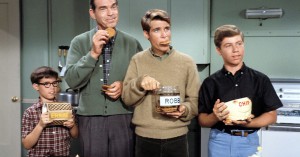 After the audition, Barry was eager to leave the studio. His family was set to go on vacation to Palm Springs, a fact he'd let slip during his reading. Nevertheless, they asked him to wait around anyway. It felt like longer, but Barry said it was probably 20 minutes when My Three Sons executive producer Don Fedderson finally came out to break the news: Barry was in. Barry said Fedderson told him at the time, "I’m so sorry we made you wait for so long. We want Barry, we want you to be on the show, and the reason it took me so long is I was trying to find the keys to my house in Palm Springs and I want you guys to stay there this weekend." Pretty nice bonus for a short wait, right?

And that sibling rivalry that had the boys in competition? Well, that faded away once Barry proved he could hit the same mark as Stanley, of whom Barry described with great affection, "He was always a great big brother.” 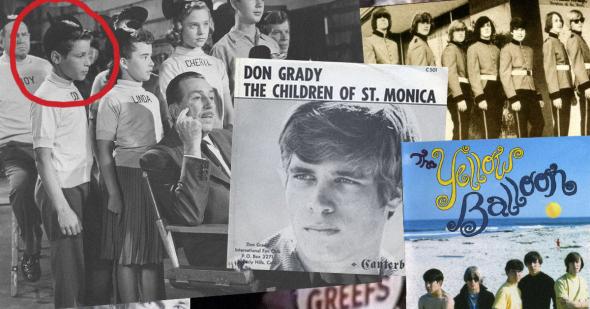 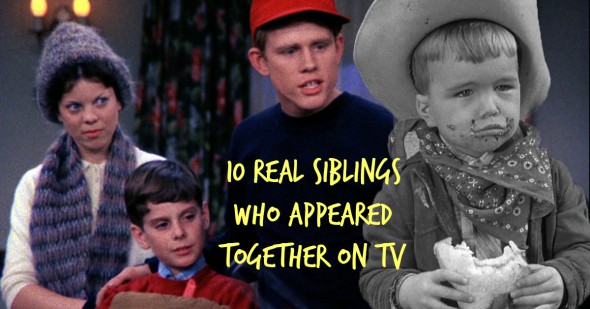 Did you know?
10 real-life siblings who appeared together on TV
Are you sure you want to delete this comment?
Close

bilotxxx 31 months ago
I wish they would remaster the whole series.
Like Reply Delete

Ednaam 33 months ago
In my opinion Ernie was the most adorable of all child characters of any sitcom. My other tops are Corey on Julia, Eddie Munster, Buffy and Jodie on Family Affair, Eddie on The Courtship Of Eddie’s Father, Brenda on 227, Michael on Good Times, Laura and Mary on Little House On The Prairie, Mark on The Rifleman and a few others.

Ernie is my favorite.

Tina Cole added a very special touch to the show. The stepmother and her daughter were boring characters.

Corey Ednaam 31 months ago
Unfortunately when a show gets older and particularly with kids they bring a new younger kid for the cute factor.
Like Reply Delete

TheDavBow3 34 months ago
The first 5 seasons with Mike and Bub are by far the best of the entire show. It's so funny when Bub calls mean old ladies gargoyles 😂. The best part of the last 7 seasons was Tina Cole!! Stunning!
Like (1) Reply Delete

TVFF 37 months ago
As a little kid I always thought that Chip and Robbie looked more like real brothers than Chip and Ernie. Maybe it was Ernie's big thick glasses that threw me off.
Like Reply Delete

Carney 39 months ago
My Three Sons and Petticoat Junction were my two very favorite shows that I would not miss as a child and my mom could always guarantee that I would get my bath when those shows were on. But somebody Please explain to me why On earth they insisted on dressing Dodi in dresses that were entirely too small? I was the same age and I can honestly say that I never wore a dress where my entire bottom and who-haw could be seen. I have even watched other shows like Family Affair and Anissa Jones did not wear dresses that short either. So if somebody has a thought on the subject I’d be interested to hear it.
Like (1) Reply Delete

RedSamRackham 47 months ago
In final season Mike (Tim Considine) had left seasons earlier after character married Sally, Robbie left for the out of country business trip of no return and Chip married to Polly moved out and was seldom. All we saw were Ernie, Dodie and the triplet grandsons. Yet Robbie & Chip were still mentioned in credits. ☺
Like Reply Delete

Corey RedSamRackham 31 months ago
Don Grady got tired of the Robbie role and wanted to pursue a musical career as for Stanley they made Chip into a semi regular.
Like Reply Delete

ELEANOR RedSamRackham 19 months ago
If their name was listed in the credits, then they would get paid. As far as why? It must have been written in the contract. In Perry Mason, Ray Collins (Tragg) was listed in the credits even though he did not appear due to illness in the later seasons. On the other hand, William Talman (Burger) did not appear in the credits when he was not in a particular episode. This was due to a fricassee involving a morals clause in his contract.
Like Reply Delete 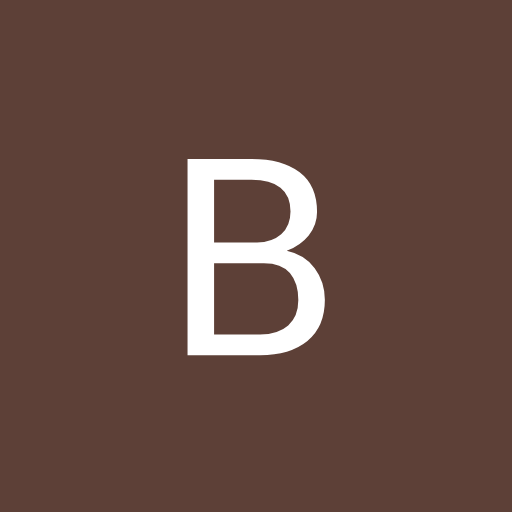 Bill 47 months ago
I especially liked the later episodes when Rob married Katie, Steve married Barbara, and Chip married Polly... Especially Polly! I don't think there was a fourteen year old boy watching "My Three Sons," who didn't have a crush on Polly!
Like Reply Delete

ETristanBooth Bill 37 months ago
I've always preferred these episodes as well (except for Dodi).
Like (1) Reply Delete

Corey ETristanBooth 31 months ago
Dodie was the Cousin Oliver before there was a Cousin Oliver.
Like (2) Reply Delete

bsdhayes 48 months ago
I only liked the episodes with Bub and Mike and where Chip was the youngest. I quit watching so much when it went to color .
Like (1) Reply Delete

TheDavBow3 bsdhayes 34 months ago
Amen, my friend! No comparison whatsoever!
Like (1) Reply Delete

Wiseguy 52 months ago
Barry Livingston was never on "I Love Lucy." Perhaps they meant "The Lucy Show," where he made a 1963 appearance that aired just 10 days before his first "My Three Sons" episode was broadcast.
Like (2) Reply Delete

Jon Wiseguy 52 months ago
You're right. I was going to make the same comment if you hadn't. I LOVE LUCY went off the air 3 years before MY THREE SONS was even on the air.
Like Reply Delete

RedSamRackham Wiseguy 47 months ago
Barry Livingston & Michael J. Pollard both appeared on Lucy Show as the 2 sons of Mr. Mooney but we never saw his wife Erma. ☺
Like Reply Delete

MaryMitch 52 months ago
Barry is still acting - this past season (I think) he was on the episode of "The Middle" where they went to an escape room. He's bald but still wears the glasses.
Like Reply Delete

remodel18 MaryMitch 47 months ago
I know I saw that episode on the Middle but I don't remember realizing it was Barry.
Like Reply Delete

Sheri 53 months ago
I always thought both the Livingston brothers were cute.
Like (1) Reply Delete

Cindy Sheri 33 months ago
Me too
Like Reply Delete

Pacificsun 53 months ago
Wonderful story, much depth and detail! Thanks MeTV Writers!!
Like (2) Reply Delete