The victim's defense cited this classic episode of The Andy Griffith Show. 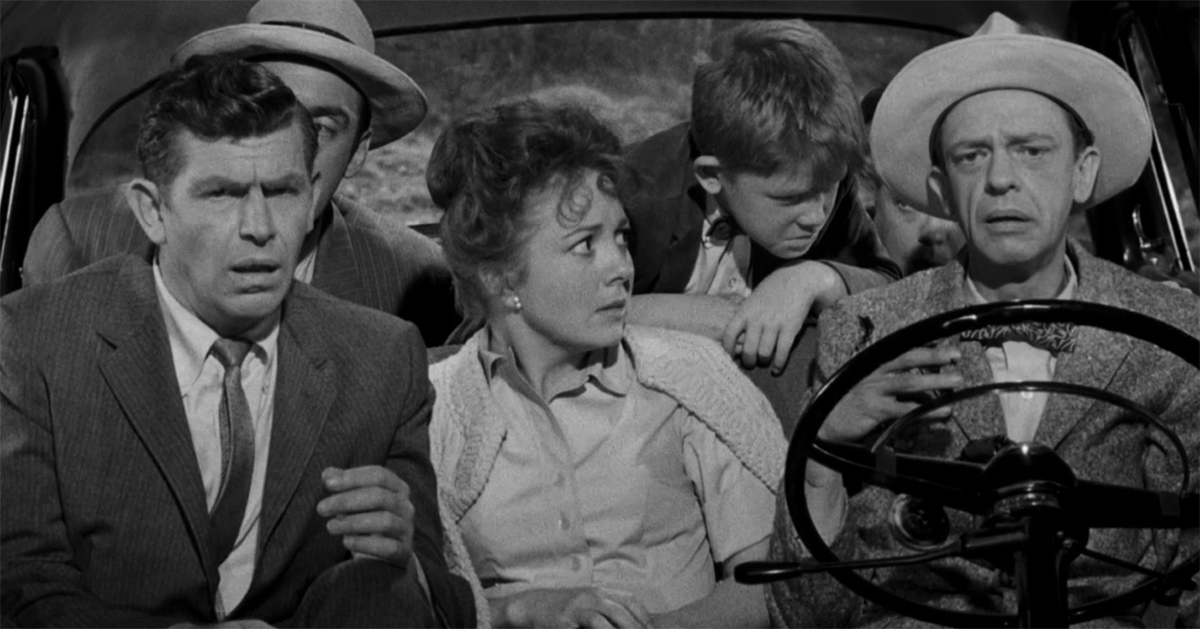 After Hurricane Harvey hit Texas, the damage included cars so badly ravaged by the storm that the state deemed them junk.

Later, a pair of these cars made it out of the state and travelled to Indiana, where apparently that Texas junk ruling was ignored. This resulted in what courts recently decided was a dishonest sale of those cars to a full-service auto shop called Majestic Auto Body, located in Quincy, Indiana, a small town that less than 2,000 residents call home.

It's a story from the real world where in the end, honesty prevailed, and it comes from a town that sounds an awful lot like Mayberry and in its defense, actually cited a memorable Mayberry case.

The local auto shop persuaded the judge to rule on their side by invoking The Andy Griffith Show hero Barney Fife. According to The Indiana Lawyer, Majestic Auto Body was able to get justice by citing "Barney's First Car," and the judge was so sold on the logic and decency at the heart of that episode that she cited that specific defense in her official ruling on Indiana Bureau of Motor Vehicles v. Majestic Auto Body:

"We commend the State for [tapping] into its creative juices and comparing this case to the classic episode of 'Barney’s First Car' in The Andy Griffith Show. In that episode, the lovable Barney Fife empties his life savings to purchase his first car, a 1954 Ford. The seller purports to be an elderly widow struggling to part with her late husband’s vehicle, but unbeknownst to Barney Fife, the seller is a member of a gang that dishonestly sells stolen old vehicles as good-condition cars," Judge Patricia Riley wrote.

This is the car Barney bought that influenced this decision: 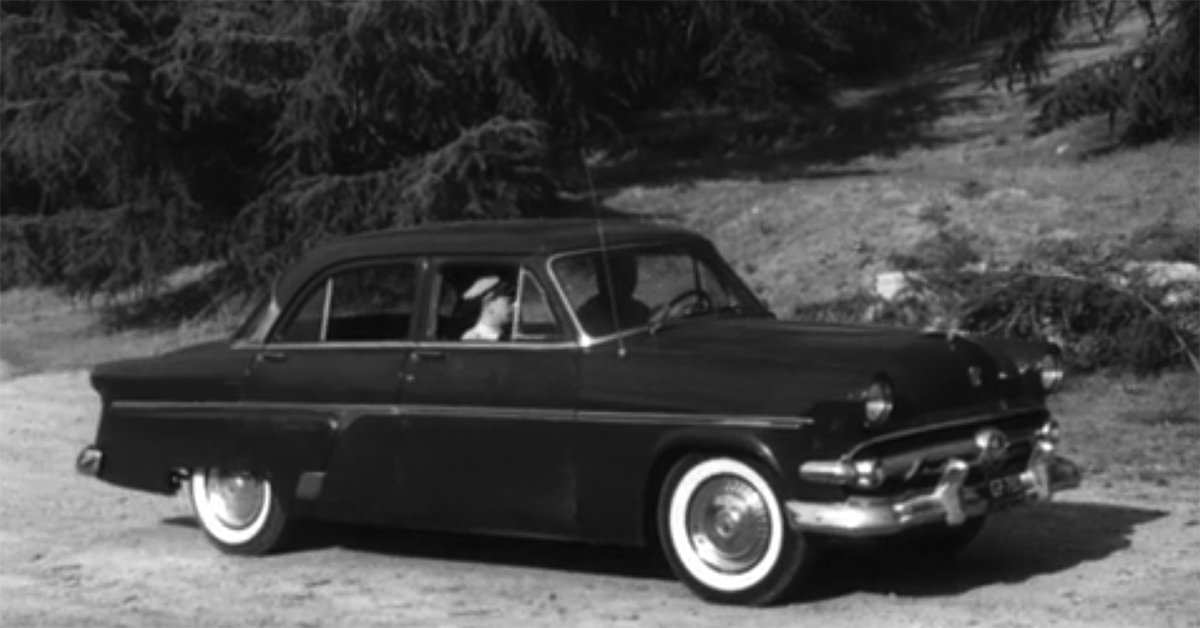 And the condition of it was so bad that in the episode, when Gomer comes to tell Barney what the car needs fixed, his list is exhaustive, including plugs, points, bearings, valves, starter switch, ignition wires, water pump, fuel pump, oil pump, clutch, clutch bearings, brake lines, brake shoes, radiator hose.... Let's just say the car's in such bad shape that even Opie and Aunt Bee had to hop out and push, just to get it back to Mayberry: 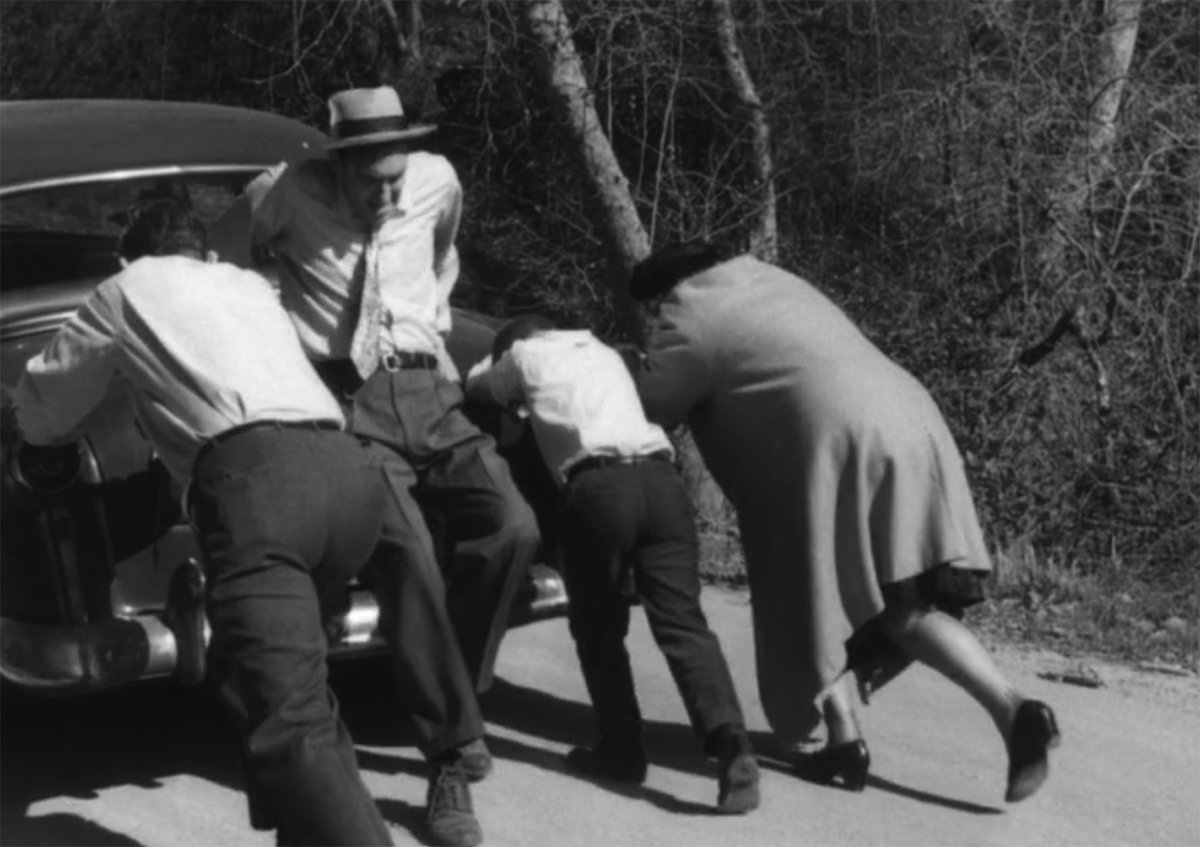 The judge continued in her decision to credit Barney Fife with making up her mind:

"The State argues that to prevent Hoosiers from finding themselves in Barney Fife’s shoes, the General Assembly enacted Ind. Code § 9-22-3-18, and that the aim of the statute is to ensure Indiana citizens are not duped into buying vehicles that have been declared as junk by other states."

So, just like in the episode, Barney Fife ended up saving the day in the real world. We're sure the deputy would tip his hat and humbly say, "You're welcome, Indiana." 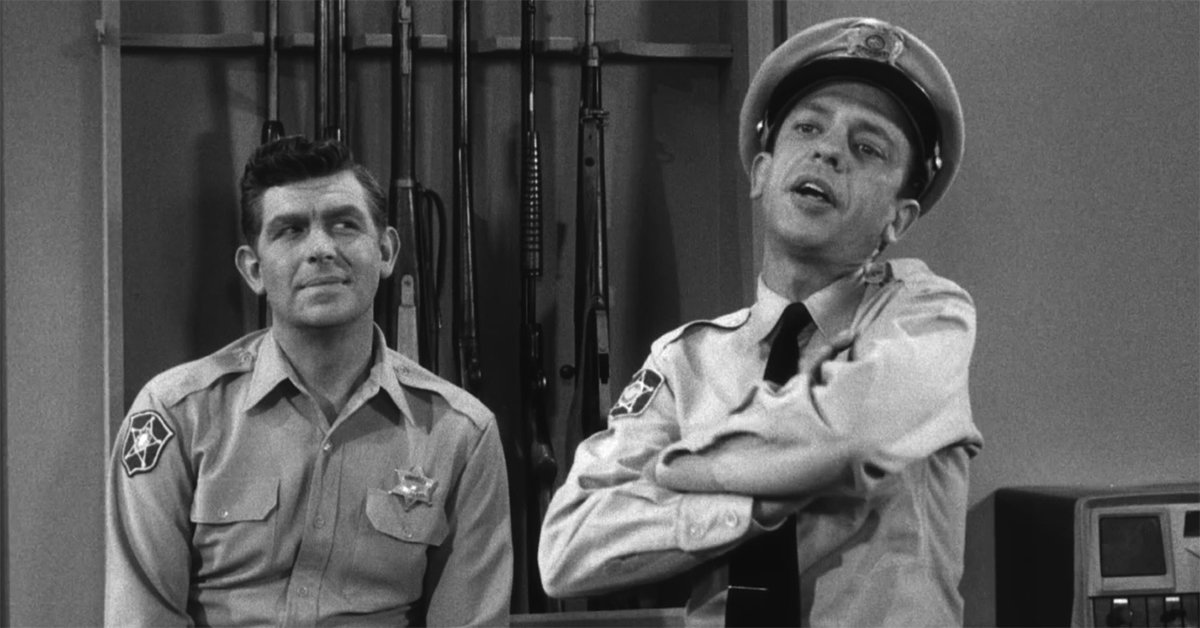 At the end of "Barney's First Car," Andy and Barney stake out the gang that sold Barney the car. It's a rare tense moment on the show, but when the little old lady (who turns out to be the gang leader Myrt "Hubcaps" Lesh) arrives, she sees the car first. Andy and Barney, as you'd expect, were stealthily hiding: 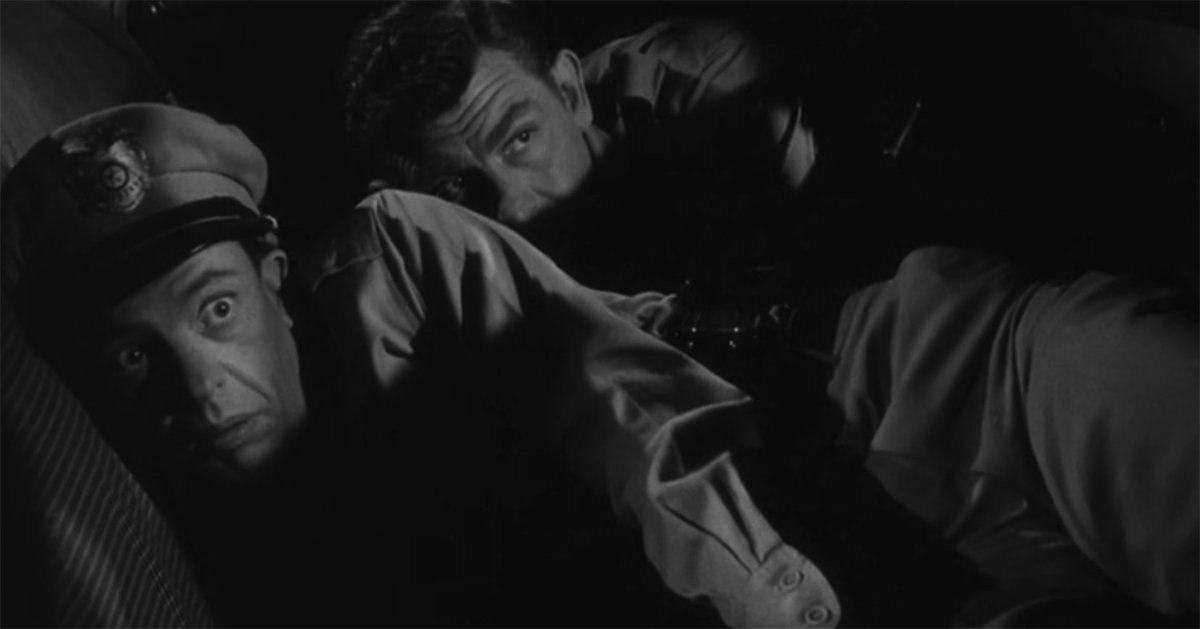 "Hubcaps" sees the car and lets out a dismissive line, custom made to push Barney out of hiding: “That’s the clunker I sold to that boob in Mayberry!” Shaking only a little, Barney pops out, gun drawn. He replies, “You didn’t think you were fooling anybody did you Mrs. Lesh?"

Their bravery pays off, and Barney gets his money back by the time the closing credits roll. Decades later, fans of this episode would point to this important precedent and Barney Fife would once again help make the world a more honest place, especially in a small town that seems to mirror Mayberry in so many ways.

UnicornPrincess 38 months ago
This is a pretty cool story.
Like Reply Delete

HachikoTelly 38 months ago
Sure. Barney gets the credit for the solution. Meanwhile, the writer(s) of that episode are turning in their grave(s). Where's the justice in that?
Like (1) Reply Delete