"She'd drift out of Dodge if it weren't for Matt Dillon." 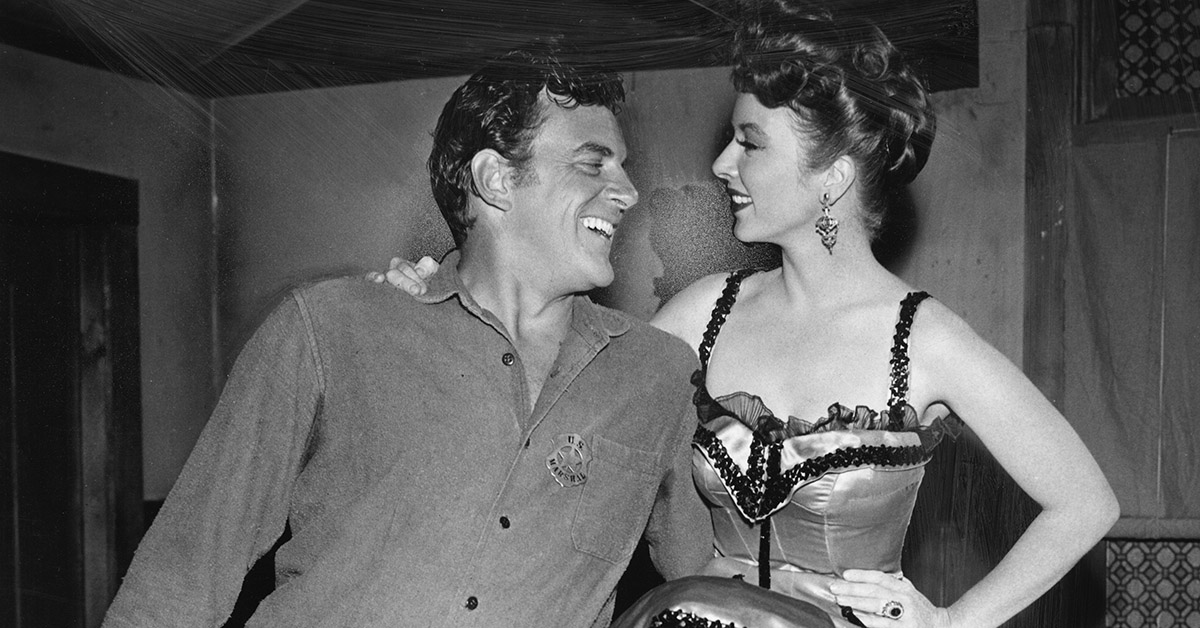 When Gunsmoke first became a TV show in 1955, Amanda Blake wanted in. According to The New York Times, the actress once claimed in an interview after securing her part on the long-running Western, "I knew I had to have the part of Kitty, so I hounded the producer until I got it."

The saying goes that a girl knows what she wants, and for the actress, her end-game was clear: A huge fan of the radio drama, she wanted to play Kitty to James Arness' Matt Dillon, and that was that. But the real question for longtime Gunsmoke fans might be: Did she want the two characters to get together in the end? The answer to that is decidedly no, and Blake's reasoning for why will definitely tickle fans of classic TV.

In an early interview from 1960, Blake said she already knew the couple were never meant to be. According to Blake, referencing her character Kitty:

"She'd love Matt to say, 'Kitty, let's buy a hunk o' land and raise some beans and kids.' But then we'd have I Love Lucy Out West."

Of course, Gunsmoke went on one of the longest runs in TV history, stretching 15 years beyond Blake's early interview before the series ended in 1975. And still, Blake's call was absolutely correct, even that early on. It shows how well she knew not only the drama she starred on, but also the source material it sprang from.

In his own interview, Arness also took time to spell out that the relationship wouldn't work, "I think they felt that you could only go so far with it, and then you'd have to change the character and nature of the show. If you have Matt and Kitty have an onscreen love affair, then, you know, they'd have to get married, and then you'd have a different show there." 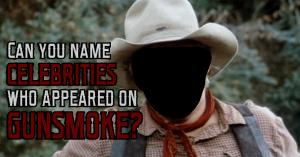 Can you name celebrity guest stars on Gunsmoke?

Later on in the Blake interview, she did conceed that although Kitty would never marry Matt, "she'd drift out of Dodge if it weren't for Matt Dillon."  So the love is just as real as fans hope, it's just also a little complicated. And ain't that just the way in the Old West?

In real life, Amanda Blake herself didn't really date either. She revealed in the interview that quite simply, she liked her life the way it was, without any men interfering with her work as an actress. Her Gunsmoke co-star Milburn Stone, who plays her close confidant on the show Doc Adams, also became her closest friend in the real world, and according to him, Blake was right on about dedicating her life to finessing her talent. Stone said, "Without Amanda, it wouldn't be Gunsmoke, and that's a fact."

RebeccaEisenhuth 26 months ago
They understood each other but I always felt as long as he was the Sheriff, with all the dangers surrounding it, he would never marry. And Kitty? She got that but may have always lived in hope that he'd retire some day. Sad in a way but she wasn't wallowing in it. Kitty was a business woman.
Like Reply Delete

RedSamRackham 35 months ago
Matt & Kitty married would be Roy & Dale. BUT Lt Rip Masters should have married and adopted Rusty in a Rin Tin Tin series finale. ☺
Like Reply Delete

Delmo 35 months ago
OF course, Amanda Blake left GUNSMOKE after the 19th season so, Milburn Stone was wrong-GUNSMOKE got along just fine without her.
Like Reply Delete

GregNichols Delmo 29 months ago
Delmo says that after Amanda Blake left the “...series got along just fine without her,” but wasn’t the first season without her also the last?
Like Reply Delete

Tampammm GregNichols 29 months ago
That's a very good point! Although after 20 years, I think it was time to ride off into the sunset, regardless.
Like Reply Delete

MikeKnowlton 39 months ago
I listen to old time radio OTR on an internet radio. I have at least 6 streams that run old radio programs.
Regarding Kitty, she was a different character on the radio program. She didn't own the bar, she 'worked' in the bar and her reputation has not one to be tolerated by the more uppity town folks.
In one program she is not welcome at the holiday dance and Marshall Dillon comes in and soothes her hurt pride, and let's the town folk know she is welcome.
Like Reply Delete

Beta6 42 months ago
I would love to hear the radio shows again.

I always wanted for Matt and Kitty to at least be a couple. She did one time say that Matt was her man when she was asked if he was by another woman.

Greg 42 months ago
Characters were just so 1 dimensional
back then. The hero couldn't be tied down to a wife and kids
Like Reply Delete

BuckeyeBeth 42 months ago
I think it would have worked out. I mean Matt was busy being a Marshal and being out of town for long stretches, and Kitty would have kept her business because she was 1. independent and 2. for something to occupy her time while Matt was gone for big stretches. It never would have worked if she sold the bar and became a housewife. Even if they had a kid I still see her still having the business.
Like Reply Delete

UTZAAKE 42 months ago
"All right! Now, go see Miss Kitty and she'll fix you up with a nice hooker."
Chandler Bing (Matthew Perry)
Like (1) Reply Delete

Lantern 42 months ago
Although the TV Gunsmoke was good, the radio show was even better. Hear it all the time on the satellite radio channel. I understand it's by far the most popular western they air (and in the top three of the most popular of all the shows they air).
Like (2) Reply Delete

MrsPhilHarris Lantern 42 months ago
I prefer the old radio comedies or mysteries, but I have to say William Conrad's voice for Matt Dillon was perfect.
Like (2) Reply Delete

BuckeyeBeth Lantern 42 months ago
What channel is it on?
Like Reply Delete

Inkwell765 BuckeyeBeth 42 months ago
You can listen to them here.
https://archive.org/details/OTRR_Gunsmoke_Singles
Like Reply Delete