Where To Watch Shop Store Contact
Home / Stories / Alan Alda’s first screen role ever was on a different hit military show
did you know?

Embarrassed, Alda said he showed up on set with no lines memorized. 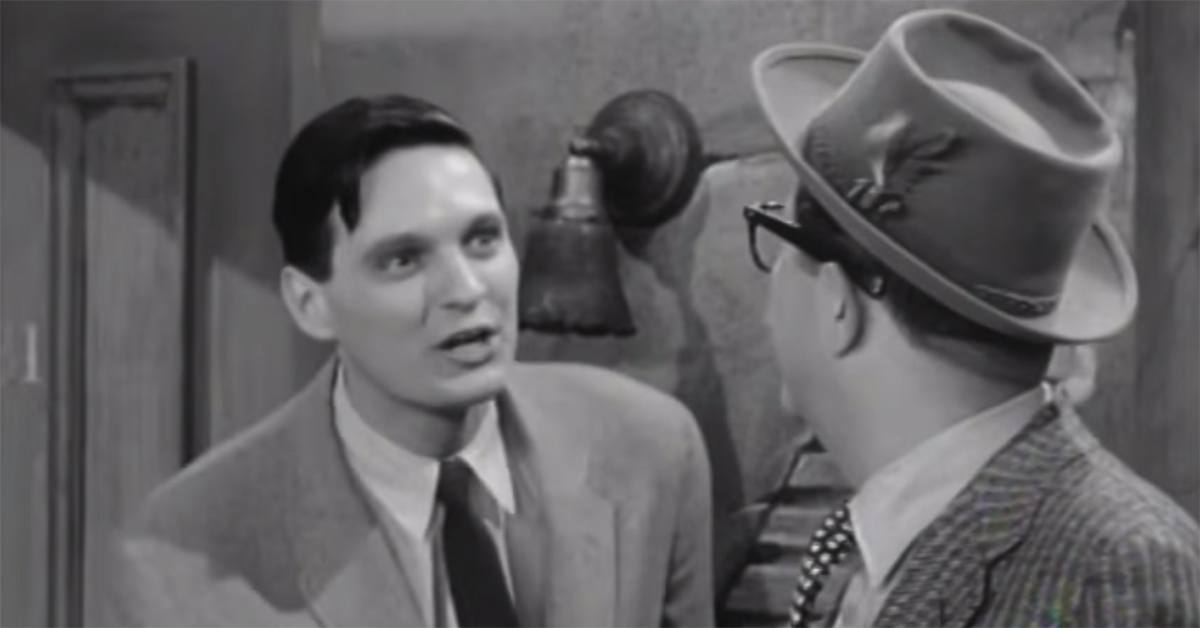 The first time Alan Alda appeared onscreen, he showed up suited up in a tux on a totally different military show than the one that would make him one of TV's biggest stars.

It happened on The Phil Silvers Show, where Alda portrayed a 25-year-old millionaire friend who Sgt. Bilko hits up when he desperately needs a vacation, but can't afford to take one. So, he calls up Alda to fish out an invitation to come visit him in New York.

In that very first scene, Alda crosses his legs with his hair neatly combed to the side and as Carlyle Thompson III, fails to pick up on Bilko's hints at charity, saying, "Well, my aunt always stays at the Ritz Plaza. The suites are big and comfortable. Of course, there's the Waldorf." 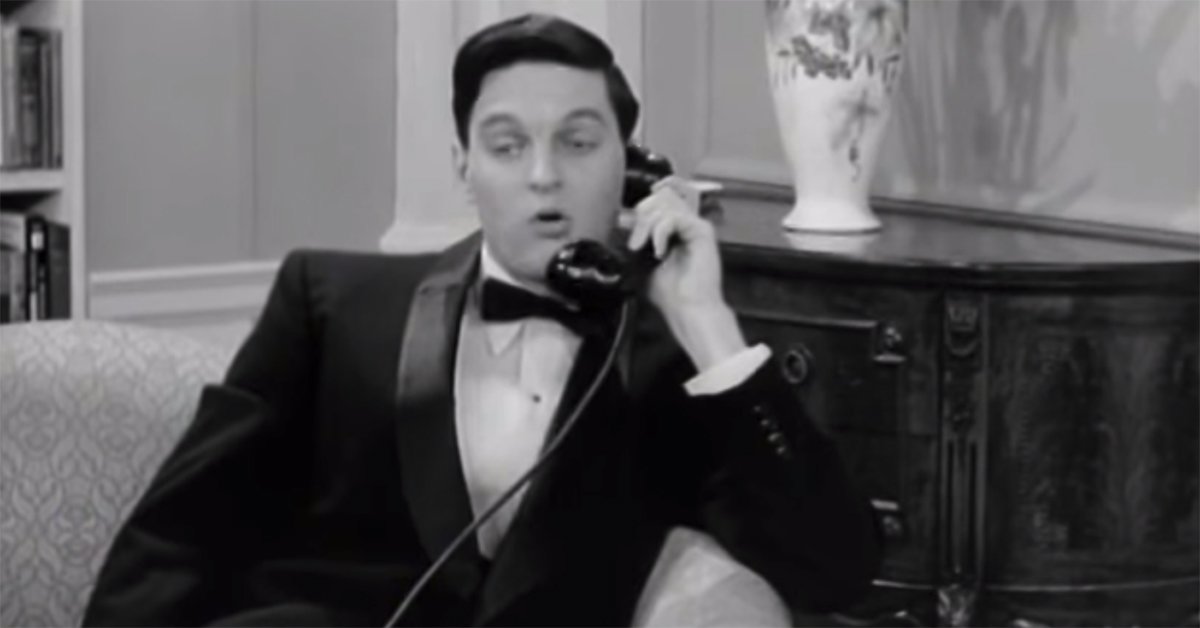 Because it's a sitcom, in the end, Bilko gets the invitation he seeks, only to find out that Carlyle has seven months before his inheritance hits. Instead of hobnobbing with a hotshot, then, Bilko finds himself in the company of Alda's character as a struggling artist. With this added dimension to his character, we watch Alda shift from the haughty tone he uses on the phone to the squeaky impassioned pleas of an artist whose talents are ignored by his ignorant father.

For these scenes, fans can delight in the first time we see Alda's eyes fly around the screen, a dramatic actor who's been passionate and dynamic from the very start, but according to Alda in an interview with the Archive of American Television, this early role represented him in his rawest form as an actor. He even admitted that he showed up on set without having his lines memorized. It seemed in hindsight, Alda had a lot to learn to make the transition from Broadway to TV and movies:

"I had more talent than I did ability, but you could see the raw talent. And I had a lot of energy and you could see that I had this thing that my father had, which was that I could interest an audience looking at me and seeing what I was gonna do. But I needed a lot more experience. I was very raw. And I was shocked that when I got to work that day, that I was supposed to know my lines in advance, and they rolled the camera and I was supposed to do it." 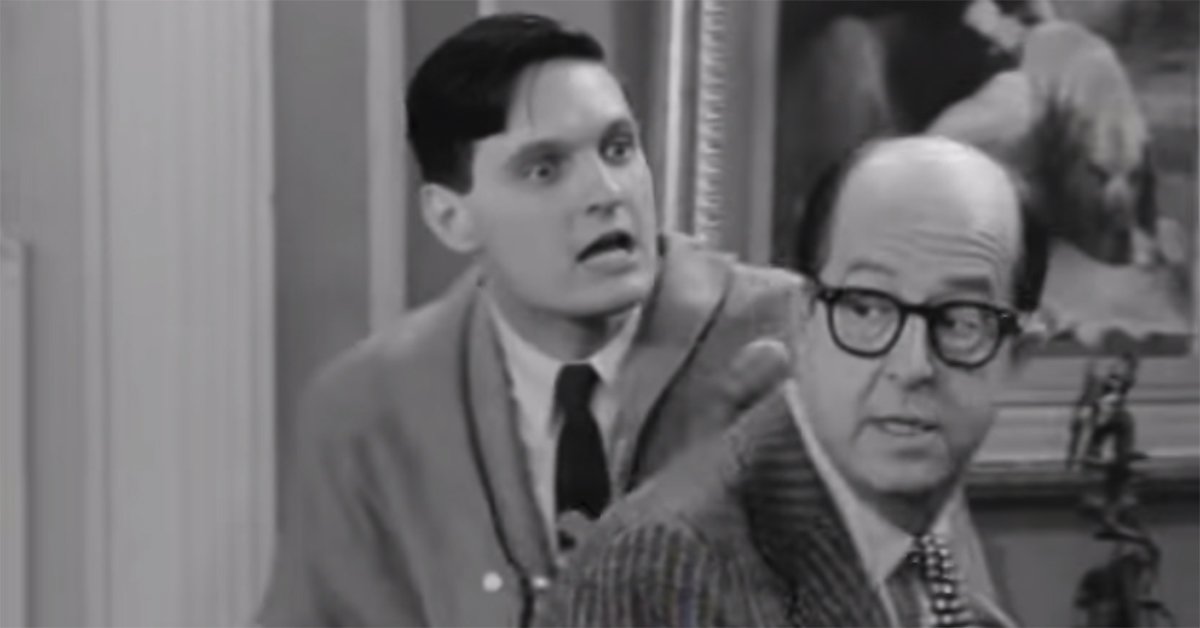 Embarrassed, Alda acted fast. He said, "I was supposed to get it over with in one try, one take. At the most, two takes. And I had to go off in the corner and get somebody’s help to drill it into my head, because I was used to learning it in rehearsal. Learning it doing it."

Despite his inexperience, Alda landed the part because he nailed the audition, he said in the interview, but he also thought he might've had a tiny feather in his cap that helped him catch Phil Silvers' eye.

It seems that when Alda was just a baby, Phil Silvers once carried him onstage in a sketch during a burlesque show, and Alda thought perhaps this fond memory gave him an advantage. He said, "I had a very good-sized part on The Phil Silvers Show, and I think I was on the show partly because Phil Silvers had carried me onstage when I was 6 months old, but also because I auditioned and I was good."

He estimated in the interview that he was about six months old at the time and that Rags Ragland was also onstage when it happened, noting with a smile, "I had a lot of famous costars at six months." 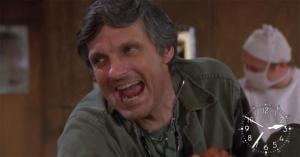 But ultimately, Alda said he never really became the sort of actor who showed up with lines memorized, and in the interview, he described the way the cast of M*A*S*H worked, which was a much more natural process for him:

"I don’t want to learn it in a mechanical way. I’m afraid I’ll say it in a mechanical way. When we were on M*A*S*H, we’d all sit around in a circle, and this might’ve been because of my need to do it, I don’t know, but it evolved that we all did it and we all enjoyed it. We’d sit around in a circle and read the scene with each other, over and over again in the same way that you would do for a stage rehearsal, and we had all come from the stage, so we were comfortable with stage techniques."

He also gave a pretty good reason why he works the way he does, which might just explain how he won so many Emmys, "I learned things in context. I don’t just learn the words. I like to know how I feel about what I’m saying. I like to know how I’m relating to you as I say it."

Did you know?
This semi-regular M*A*S*H actor sneakily played two roles in one episode
Are you sure you want to delete this comment?
Close 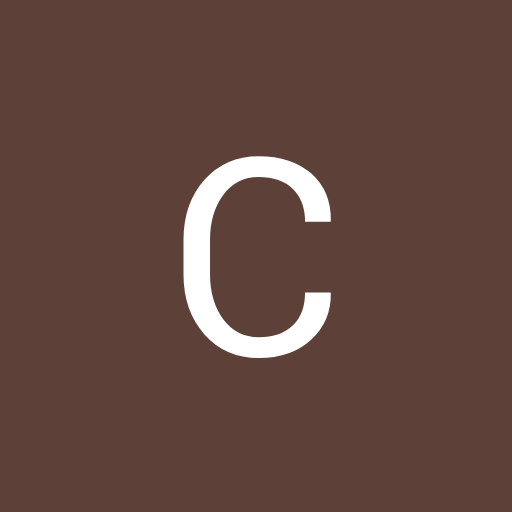 daDoctah 42 months ago
Alda claims he got the job because he auditioned and because Silvers had once carried him onstage as a baby. Might the fact that his father was a famous actor have had something to do with the opportunity too?
Like Reply Delete

Pacificsun 42 months ago
Because so many actors came to TV in the 60's with (either) theater experience or training based in the theater, is why their work (acting ability) seems so much richer than what it is today. I think Alda had it exactly right, understanding the dialogue in context, shapes the emotions and interpersonal relationships. That never be accomplished through stage directions alone.