Which people in your life are most similar to these classic TV characters? 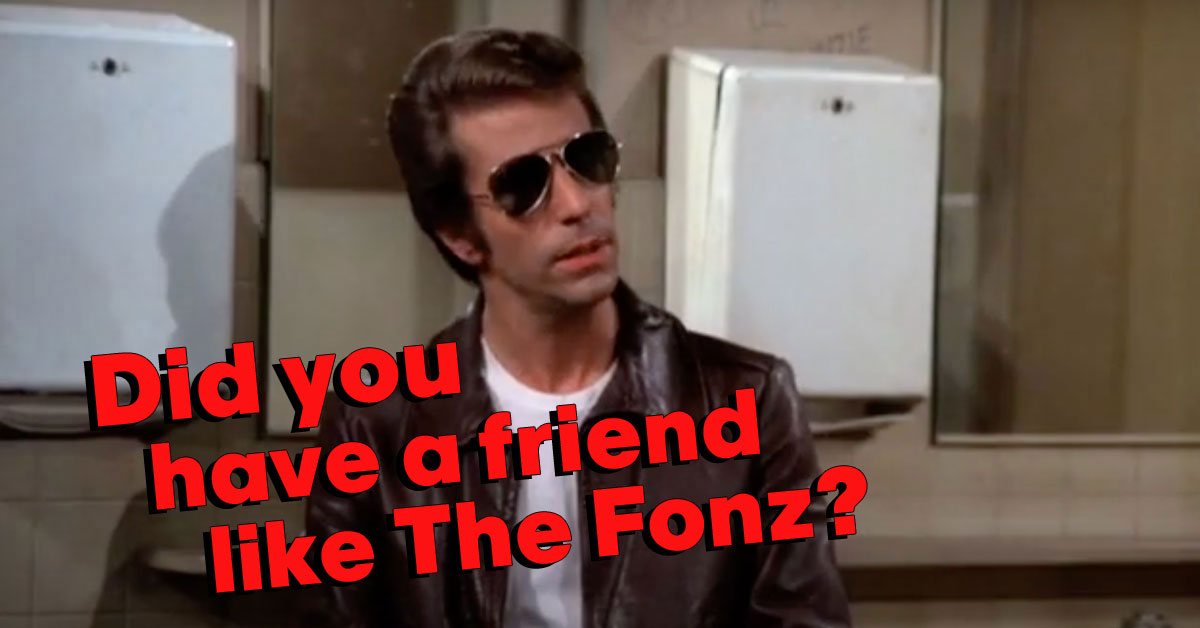 The best television shows convey relatable parts of everyday life. The situations may be heightened but the characters are still people we connect with.

Do you know anyone that is just like a character on TV? We know we do! Here are some of our favorite classic TV faces. Pick who in your life is similar to each one and see how close your choices are to everyone else’s. Let us know in a comment why your uncle is the Barney Fife of the family or why your old roommate could be a member of the Addams family!

Which people in your life are most similar to these classic TV characters? 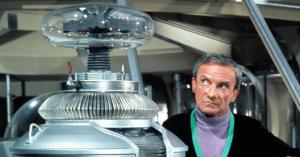 Take another quiz: How well do you know the Robot from Lost in Space? 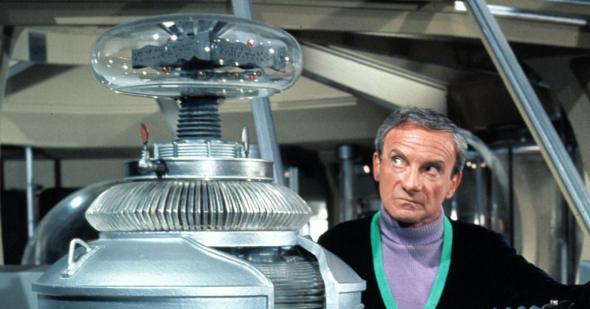 How well do you know the Robot from Lost in Space? 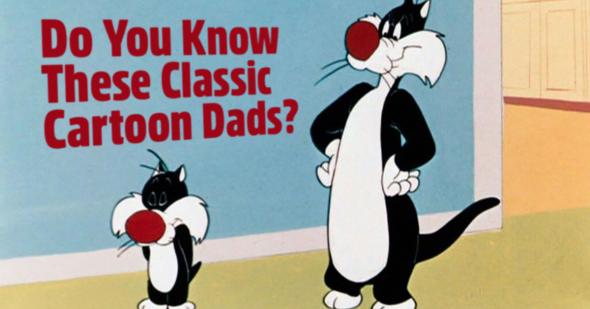 Quiz
Do you know these classic cartoon fathers? 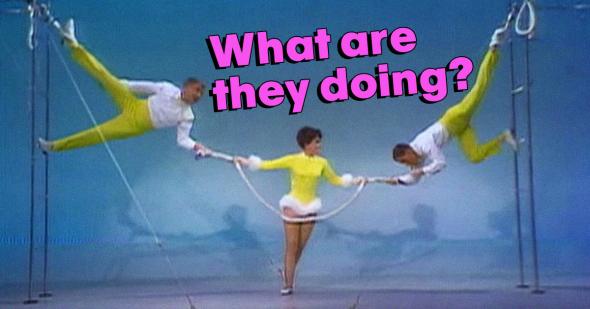 What amazing feats are these unique acts on The Ed Sullivan Show about to perform?
Are you sure you want to delete this comment?
Close

L 3 days ago
Many of these choices should either be none of the above or yourself.
Like Reply Delete

FLETCH 25 days ago
Did you ever know someone like glamorous movie star Ginger Grant from Gilligan’s Island?

L FLETCH 3 days ago
I don't remember her name but one of my mother's high school classmates was a minor actress. She did a couple of movies with John Wayne.

Or drag a file here to upload
texasluva 28 days ago
Our movie quiz winner is none other then LoveMETV22 . We thank LoveMETV22 for letting us all watch this awesome movie Spartacus.

This movie also has a wonderful overture through the movie credits. It is long but you have a pause to take breaks whenever. Also able to download at your own discretion. Audio ++ Video vg.
Spartacus (1960) 3hr 16 min
Director: Stanley Kubrick
Cast:
Kirk Douglas
Laurence Olivier
Jean Simmons
Charles Laughton
Peter Ustinov
Tony Curtis

Moody texasluva 25 days ago
We probably wouldn't make it on Thursday either I'm afraid. Our oldest son & his family are coming in Thursday afternoon. We haven't seen them in almost 2 years so this is a special occasion. In fact, all 5 of our kids are going to be here this weekend with their families. This hasn't happened in about 6 years so Tessa & I are very excited. This is going to be really great! Sorry about not making the quiz again. I hope you can get enough of the others to participate.
Like Reply Delete
texasluva Moody 25 days ago
Don't sweat it. You will have your hands full and lots of fun. Quiz will most likely be there when you have time to return. I think I am doing it Friday because two said Friday and two said they did not care. I will give you the names of the movies as bonuses in a day or two. Looks like two Hitchcock and another one along with the Quiz movie.
Like Reply Delete
texasluva Moody 23 days ago
Hey! How bout them Yankees last night win . There is always hope and faith . I am going to give you the names of the bonus movies in which you can come by anytime Friday night or after to collect them and the Movie quiz along with some entertainment.
Bonus Movie #1- Shadow Of A Doubt (1943)
Bonus Movie #2- North By Northwest (1959)
Bonus Movie #3- Used Cars (1980)
Movie Quiz- On Friday Night
I hope you have a wonderful time with your family and Happy 4th Of July.
Like (2) Reply Delete
texasluva Moody 19 days ago
Happy 4th Of July everyone.

Holidays are supposed to be fun. So I am going to give it to you. What happens when you are a famous wanted man. Someone named Dr. Evil wants him bad. The bottom line is to---Kill Austin Powers. As you can see what failure becomes at the start of movie. Once you watch 5 minutes your done for and have to see what's to transpire.

A Magnificent movie deserving of every accolade. You've had a hard life. Most around in the same situation. You and others wish to have a better life in the future. Everyone needs a leader to follow to help with these situations. There is such a man. Actors and director are at the top of the Cinema chain. Adventure, Biography, Drama. It just takes one guess to bring this to our movie screens. Who'll be the one. Meanwhile enjoy the entertainment below.


Fine Performances-Turn up your stereo!
Gerry and the Pacemakers Live - I Like It. October 28, 1964 at Santa Monica Civic Auditorium.

Freddie & The Dreamers "I'm Telling You Now" on The Ed Sullivan Show.


takes place at the Top of the World and the ownership of a secret microfilm lost by the commies which we now control. At least we think so. With an all-star cast it's a decent movie. A little slow at the start but the ending is well worth waiting for. With a Overture to boot.
Ice Station Zebra (1968) 2 hr 29 min-Adventure, Thriller
Director: John Sturges
Cast:
Rock Hudson
Ernest Borgnine
Patrick McGoohan
Jim Brown
Lloyd Nolan


You won't get your kicks on Route 66 here. No cheese either. Because what we have is this!!!!!
Destroy All Monsters....yep you heard me. You know when you get tired of the same ole thing you can always turn to this. Dubbed over voices but you have all the worlds monsters to deal with when GODZILLA attacks New York! RODAN devastates Moscow! MANDA obliterates London! and MOTHRA smashes Peking! What can one do, gulp? You have to get control and pronto or else the world we all live in will be kaput. After watching this you can say you've done that and you watched this and now life is totally complete. I say this with a straight face (eyes rolling).
Destroy All Monsters (1968) 1 hr 29 min
Director and cast:
You know the ones, you can't pronounce their names are all here.

Stay tuned for next weeks stunners. We are breaking the Bank.

Moody texasluva 11 days ago
I didn't watch much of the game. I was watching the Euro Cup instead. At least my team won there. Forza Italia! 😄🏐🇮🇹
Like Reply Delete

stephaniestavr5 Moody 9 days ago
Where did you find this photo? I love trains. I also really live just looking at an empty/no longer used tracks. There's just something about them that puts one's mind to wanderin.' I know, the same can be said for the ocean, a field of flowers, etc.
Like (1) Reply Delete

Moody stephaniestavr5 9 days ago
That was posted by Texasluva actually. But it is an awesome picture. You might be able to find it by Googling the name in the lower right corner.
Like Reply Delete
texasluva stephaniestavr5 3 days ago
It was I said the guy . Sometimes I look for pics using artists or just put in the word train tracks on Google. Then up above images. It will give you 100's of choices then find one using Search Google for image and it will sometimes pop up with dozens of sizes to use on your PC or other devices that might fit screen better. Also on this rail-road pic-right click on pic then click search for Google image. Then click all sizes. Up pops 100 or so pics of this image. Then whatever one you want you can save as (give it a name, unless you wish to use the name given). Tell me what you want and for a small fee I'll find it - just kidding, no charge. Below another one I picked at random.
Like Reply Delete

Mark091 Mark091 28 days ago
Correction
I would like to have a friend to
TELL(not the word yes)me funny
Jokes like Ralph Malph Donny Most and a COOL FRIEND like
FONZIE (Henry Winkle).
Like Reply Delete

L Mark091 3 days ago
How about knowing someone as rich as the Howells (at least for a little while).

I don't even know someone who knows someone (times three) that rich.

Some rich people have as much (maybe more) trouble as us poor(er) people.
Like Reply Delete

UTZAAKE 29 days ago
53% similar. Fibbed on all but #6. My family was a sister and Alice Nelson short of a full Brady Bunch-like experience.
Like Reply Delete

MarthaWashington 30 days ago
I don't have any uncles, but my son in law and daughter in law fit some of those descriptions

dodgebob 30 days ago
77%, needed more options or a place for write ins.
Like Reply Delete

Runeshaper 30 days ago
77% I wish grandparents were an option (-:
Like Reply Delete

Tlor 30 days ago
Sorry my family and friends were normal and nothing outstanding to warrant a tv character.
Like (1) Reply Delete

lonestarrcookingdiva 1 month ago
Should have added grandparents and myself, sister or brother in-laws.
Like Reply Delete

MaryAnn 1 month ago
I’m like Kitty, with a little bit of Barney Fife thrown in.
Like (2) Reply Delete

MaryAnn retired2019 1 month ago
I think this would have been more interesting if “myself” had been an occasional option!
Like (1) Reply Delete

RavensDawn 1 month ago
77%. I chose Friend more than anything because many of the "answers" I needed weren't there. There were a couple I would've named as myself- lol!!!
Like (1) Reply Delete