What ever happened to the cast of 'Dobie Gillis'?

Sure, you know about Gilligan, but other cast members became politicians, album cover stars and directors. 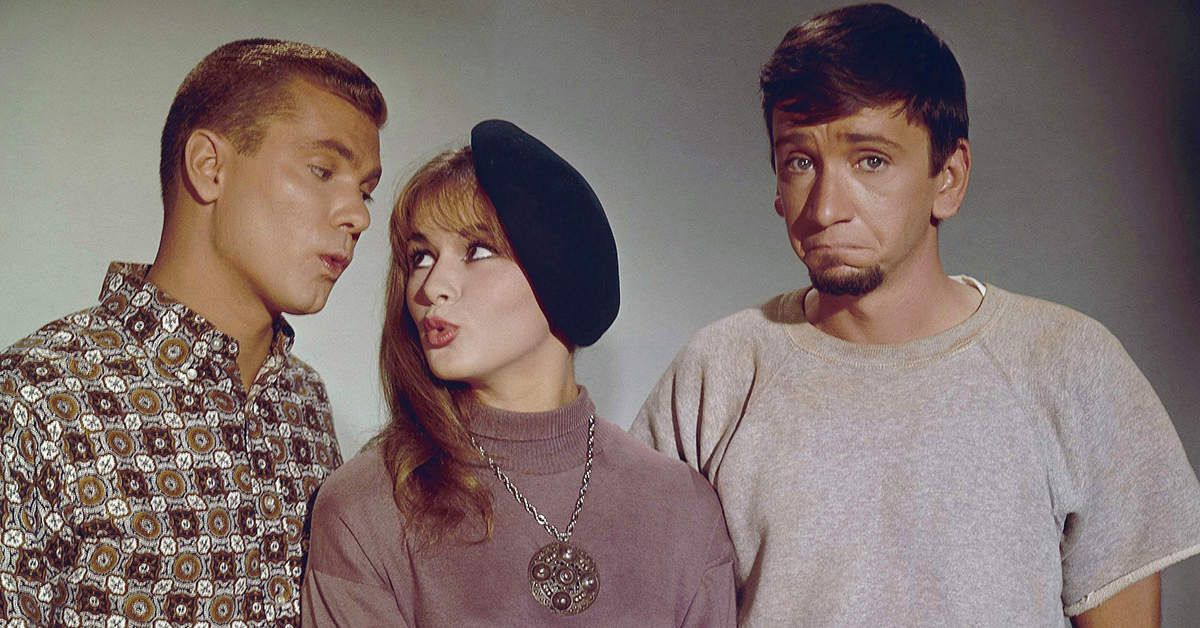 What every happened to the most popular kid in high school? We often find ourselves asking that question. In some ways, that question can be asked about the sitcom The Many Loves of Dobie Gillis itself. While it often goes overlooked in the pantheon of classic television comedies, Dobie Gillis was one of the most influential shows of its day.

There's the fact that the characters of Scooby Doo were based on the teens of Dobie Gillis. Likewise, the pioneering soul singer Dobie Gray, born Lawrence Darrow Brown, took his stage name from the sitcom, which gave hits like "The 'In' Crowd" a little more Boomer cred. Speaking of the "In" crowd, Bob Denver's character Maynard G. Krebs, a stereotypical beatnik who constantly praised Thelonious Monk, helped define the American hipster.

Few shows had bothered to center around teenagers. After all, teen culture was a relatively new concept in pop culture in 1959.

So, what happened to that cast of adolescents when they grew up? And the adults, too. A few of them became world famous. The others might surprise you. Let's take a look.

You do not have to be told that Bob Denver went on to become Gilligan on Gilligan's Island. You would likely not be on MeTV.com without that knowledge. That TV legacy might never have happened if not for his neck. After just the third episode of Dobie, Denver received his draft notice. His departure was written into the show with the episode "Maynard's Farewell to the Troops," and Michael J. Pollard was hired to play his replacement, Maynard's cousin, Jerome Krebs. However, Denver was labeled 4-F — unfit for military service — due to a problematic neck. Thankfully, he was rehired for the series, which gave his career a boost. Later in life, Denver moved to Princeton, West Virginia, where he created an oldies-format radio station with his wife, Dreama. Dubbed "Little Buddy Radio," WGAG 93.1 was established as a nonprofit, donating all its proceeds to families with special needs via the Bob Denver Foundation. Denver passed away in 2005 at the age of 70. 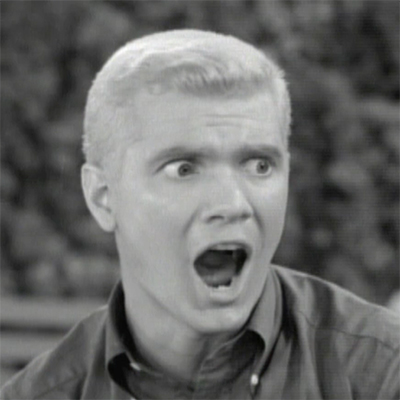 That brings us to Dobie himself, Dwayne Hickman. After the show ended, the actor made the leap to the big screen, starring alongside Frankie Avalon in the teen romps Ski Patrol and Dr. Goldfoot and the Bikini Machine. Unable to shake the typecast of a vivacious youth, Hickman transitioned to working behind the scenes in the entertainment biz, working as a publicist, a director and, most significantly, as a programming executive at CBS from 1977–88.

Kuehl stole scenes as the adorably dorky teen genius Zelda Gilroy. Producers had initially planned on Zelda being a one-shot character on Dobie Gillis, but Kuehl quickly proved her worth and was written into the show as a regular. The actress earned a degree at UCLA while working on the sitcom. There was an attempted spin-off, titled Zelda, which never made it past pilot. Kuehl found her calling elsewhere, and attended Harvard Law School in the 1970s. After practicing and teaching law, Kuehl made the leap into politics in 1994, and became the first openly gay person elected to the California legislature. A few years later, she became the first woman to be named Speaker pro Tempore in California, and in 2000 was elected as a State Senator, serving for eight years.

The blonde beauty was paid handsomely for her single season on Dobie Gillis. Though she only appeared in the first year of the series, her impact was great. She nabbed a Golden Globe Award for Most Promising Female Newcomer in 1960, and the accolades kept piling up. She was nominated for a Golden Globe Award for Play It as It Lays (1972), for an Academy Award for Best Supporting Actress for Looking for Mr. Goodbar (1977), and for an Emmy for The Winter of Our Discontent (1983). For decades, she remained a style icon, being name-checked in everything from The Muppet Show to Donald Fagan pop singles. Rocker Matthew Sweet used a vintage photo of Weld for his breakthrough 1991 power-pop album Girlfriend. Sweet had intended to call the record Nothing Lasts, but Weld refused to allow her image to be used under such a statement. Thus, the LP was dubbed Girlfriend. 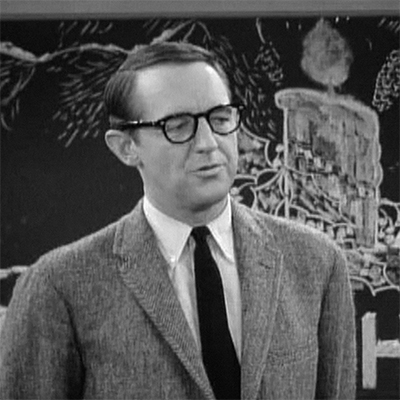 One of the most familiar faces of 20th-century television, Schallert crafted countless memorable roles, from father Martin Lane on The Patty Duke Show to guest spots on… well, just about everything. You might have spotted him on anything from The Waltons to 2 Broke Girls. No wonder the beloved performer served as the president of the Screen Actors Guild from 1979–81. He passed away in 2016, mere weeks after his former onscreen daughter, Patty Duke.

On Dobie Gillis, Franken played millionaire playboy and Dobie rival Chatsworth Osborne, Jr. He embraced the role of an adversary, playing another rich rake on Tom, Dick and Mary, not to mention a killer in the Perry Mason episode "The Case of the Deadly Verdict," the rare, rare episode in which Mason actually lost a case. From there, Franken continued to land small parts in television shows for decades, including a brief spot as one of Elaine's neighbors on Seinfeld, as seen here in a later episode, "The Maid." Franken also did voice work in superhero cartoons like Batman: The Animated Series, Spawn and Static Shock. He passed away in 2012. 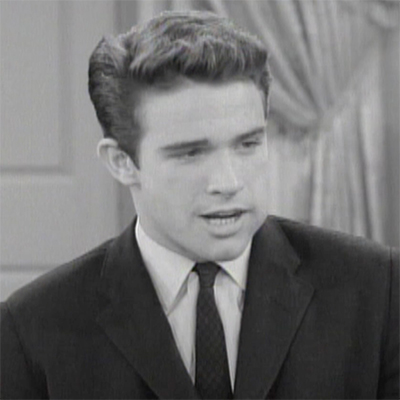 Perhaps you've heard of him? In fact, you probably forgot he was even on Dobie Gillis. You can be forgiven for overlooking that fact, as he only appeared in the first season, as the romantic rival of Dobie trying to woo Tuesday Weld. Franken filled the void after Beatty left the series, destined for bigger things — like Dick Tracy!

What ever became of Dobie's mom, Winnie, you wonder? Well, Florida eventually appeared as a regular on another MeTV sitcom, The Bob Newhart Show, playing one of Bob Hartley's frequent patients, Mrs. Lillian Bakerman. Her character was a shy old woman, who would often knit during her psychology sessions. Friebus made a significant impact in the world of theater, as well. Her stage work predated her television career, actually. In 1932, she co-authored the stage adaptation of Alice in Wonderland, a production that was revived on Broadway into the 1980s. 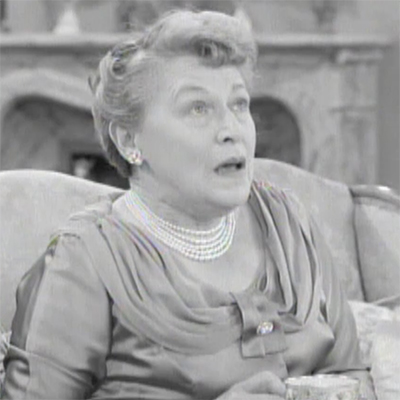 Packer had the unique distinction of playing two different roles on Dobie Gillis — though they were essentially the same. Initially cast as the mother to Warren Beatty's character, Packer was rewritten to be the mother of Franken's character. With her perfect English, she made for a brilliant rich society woman. She was simultaneously appearing on Leave It to Beaver as school principal Mrs. Rayburn. Afterward, she found bit guest roles, typically as a wealthy elderly lady, on shows such as Green Acres and My Favorite Martian. Packer passed away in 1979.

SEE MORE: WHAT EVER HAPPENED TO THE CAST OF 'ALF'? 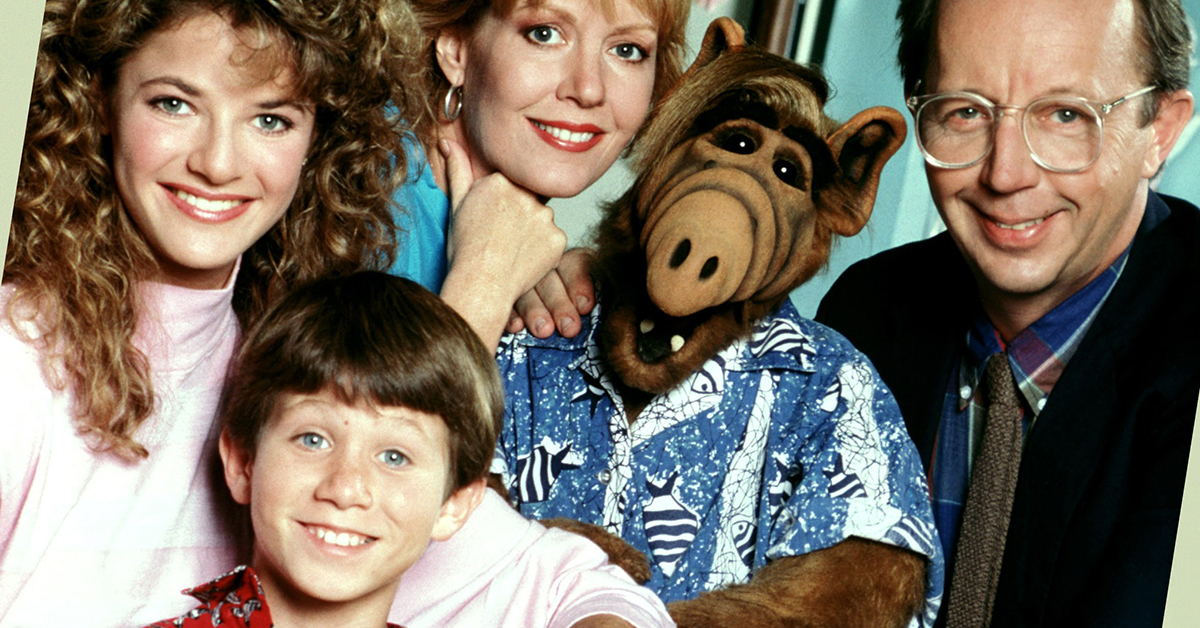 Hey, what ever became of Willy? READ MORE

Hello,
Settings / Logout
Newest | Oldest | Top Comments
Steve2021 4 months ago
The Dobie Gillis show I remember watching. The show opened with Dobie with "The Thinker". Maynard his best friend. Thema to get a date with Dobie. The series had beatnik lingo like "you're the ginchiest " I never forgot that saying.
Like Reply Delete

Snickers 4 months ago
Sadly Dwayne Hickman has been added to the names of actors who have passed away in 2022.
Like (1) Reply Delete

KrisHoward 39 months ago
WAIT!!! How could you forget Frank Faylen....Dobie's father - Herbert T. Gillis????!!!! Also known as Ernie the cab driver in "It's A Wonderful Life"!
Ohhh...for shame!
Like (5) Reply Delete