Live from New York, it's all your favorite classic TV shows referenced by 'SNL'! 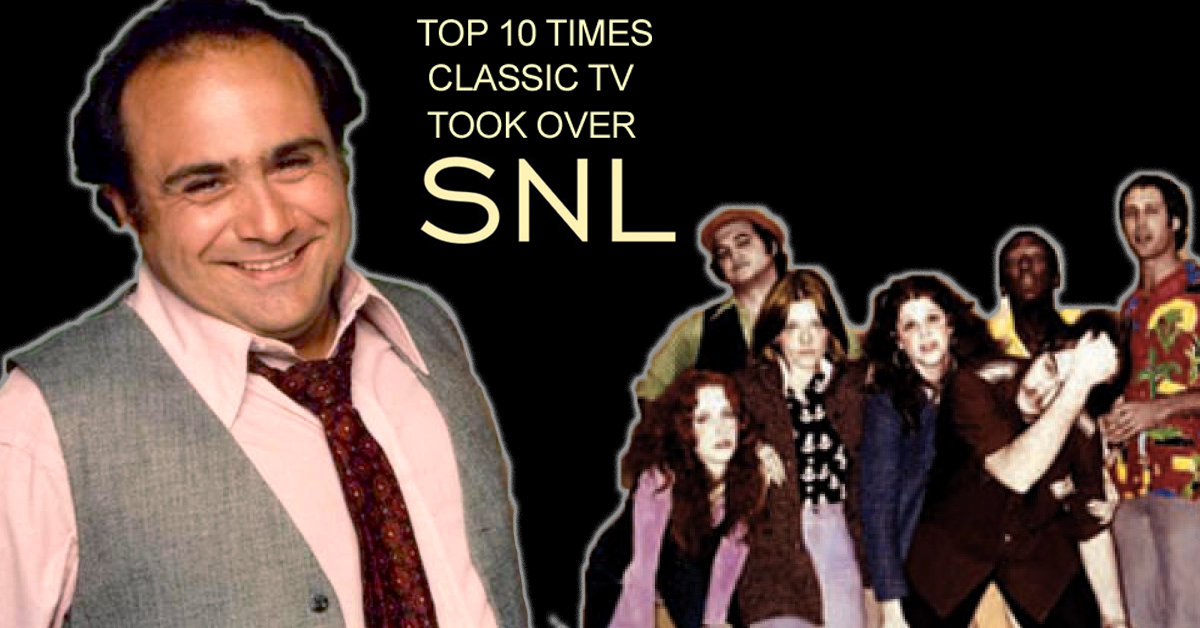 On this day in TV history, Saturday Night Live premiered in 1975. It remains relevant and cherished by many TV viewers looking for laughs today, still airing on NBC as it has for the past 42 years. 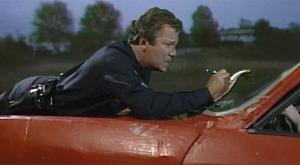 As we look back over all those episodes, though, one common theme emerges: SNL has always been about celebrating the best of TV. For us, that means classic shows, and of all the times our favorite stars have gone on to host (still holding our breath that one day we'll see Carol Burnett), we've picked out our top 10 favorites in the list below. Keep scrolling to watch clips from early episodes in the 1970s, '80s and early '90s, and see if you missed any of these memorable SNL highlights rooted in the early days of TV. 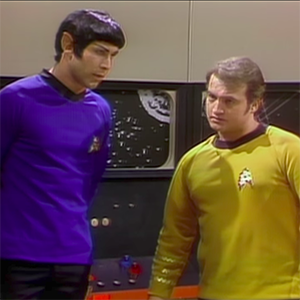 When Saturday Night Live parodied the 1969 cancellation of Star Trek, we saw an alternate Trek universe where John Belushi is Captain Kirk, Chevy Chase was Spock and Dan Aykroyd as Bones. It delighted Trekkies everywhere, including Gene Roddenberry himself. Today, it's still regarded as one of SNL's best sketches, and we still chuckle when Elliott Gould enters as a network executive to say the series must be cancelled and Belushi fires off the line, "Fire at my command!" 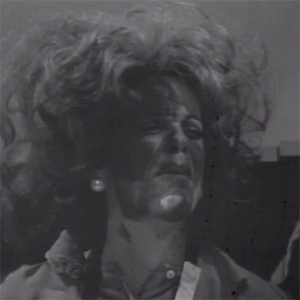 In the second season episode of Saturday Night Live hosted by Highway Patrol star Broderick Crawford, Gilda Radner takes on Lucy Ricardo for the sketch "Lucy A-Bomb." It's a spoof of the I Love Lucy episode "Job Switching." People in the audience start laughing before the conveyor belt even has a chance to quicken, and longtime Lucy fans know it's because that original scene is just so funny. For her part, Radner carries her own parodying Lucille Ball's memorable physical comedy and signature "Wah!" 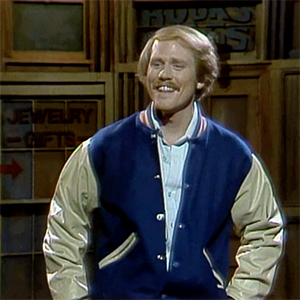 The joke of the 1982 Saturday Night Live episode that Ron Howard hosted was that Howard had finally escaped prime time and could now do and say everything he could not say on his shows like The Andy Griffith Show and Happy Days. It's a little immature (the first word is "doo-doo"), but if you watched these shows, Howard's sheepish grin is kind of the best. 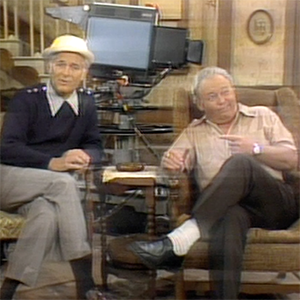 When Norman Lear hosted Saturday Night Live in 1976, his monologue featured this great cut to recording of different stars of his hit TV shows, all talking about how great he is to work then mocking him from literally "behind his back." Carol O'Connor's scrunched up face is probably the funniest part. 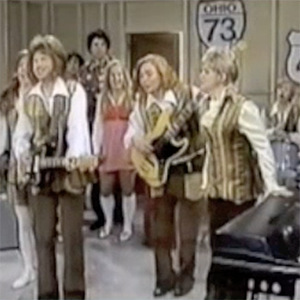 In 1992, Susan Dey hosted Saturday Night Live, resulting in another best-loved sketch that pitted the Partridge Family against the Brady Bunch. It features a battle of the bands and lovingly spoofed both shows, giving us a "sunshine day" in late-night TV. 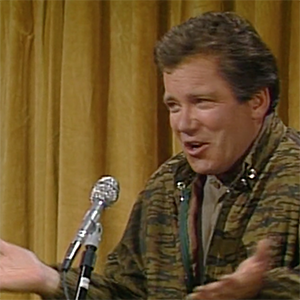 Saturday Night Live came back for Star Trek fans with "Trekkie" in 1986. They pretty much had to, since William Shatner was hosting. The sketch saw Shatner at a Star Trek convention with Dana Carvey, Kevin Nealon and Jon Lovitz all portraying Trekkies. Eventually Shatner comes in to shatter their world by telling them to get a life, and the result is as hilarious as you'd expect. At the end Shatner shouts, "It's just a TV show!" and Carvey's response, "Are you saying we should pay more attention to the movies?" is beyond priceless. 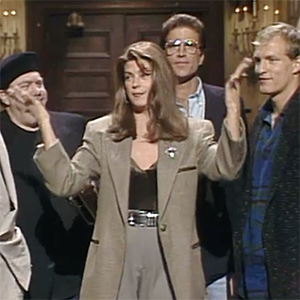 When Kirstie Alley hosted Saturday Night Live in 1991, the show opened with her talking about just how much she misses her Cheers cast mates. She starts singing the theme song, her voice cracking with vulnerability. Then suddenly Woody joins in from the crowd. Then Frasier. Norm. Sam. You get the idea. The crafted moment succeeded in bringing the spirit of our favorite neighborhood bar to the SNL stage. 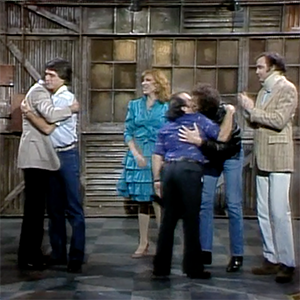 When NBC canceled Taxi in 1983, Danny DeVito went on Saturday Night Live and got the whole audience to boo the network. In his opening monologue, DeVito shares a letter that's supposed to be from his mother. In it, he reads, she says he's been "besmirched" and then DeVito shares his biggest complaint is that the show never got a "final bow." So SNL lets him correct that, and he invites out his Taxi cast mates to do just that. In return, the crowd gives the cast a standing ovation. 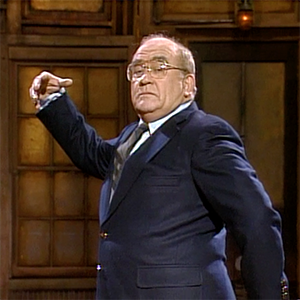 Ed Asner went on Saturday Night Live in 1984 to host and for his opening monologue, they decided to get him talking about his history as one of TV's father figures. Asner begins by asking, "Is Lou Grant really a father figure?" and then he goes on to list TV's real father figures like Ward Cleaver. He goes through all his best-known roles, and the reel remains a must-see for Asner fans. 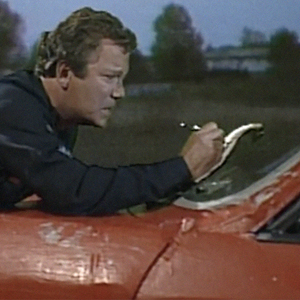 Shatner returned to SNL in 1986 to spoof one of his other shows, T.J. Hooker. In the show, Hooker has a habit of finding himself holding on for dear life on the hood of getaway cars. That's the detail Saturday Night Live focused on to deliver extra laughs by exaggerating in the sketch, which sees Shatner taking down notes and even drifting off to sleep while still stuck there on the car's hood.

Wiseguy 25 months ago
NBC cancelled Taxi in 1983.
Like Reply Delete

IsabellaRusso Wiseguy 22 months ago
When Danny Devito hosted SNL and asked for the cast to have a final bow, that was when Taxi was canceled the first time by ABC in 1982. They were then picked up by NBC and then canceled again the following year by NBC.
Like Reply Delete

Outrider 40 months ago
So where are the clips??
Like Reply Delete