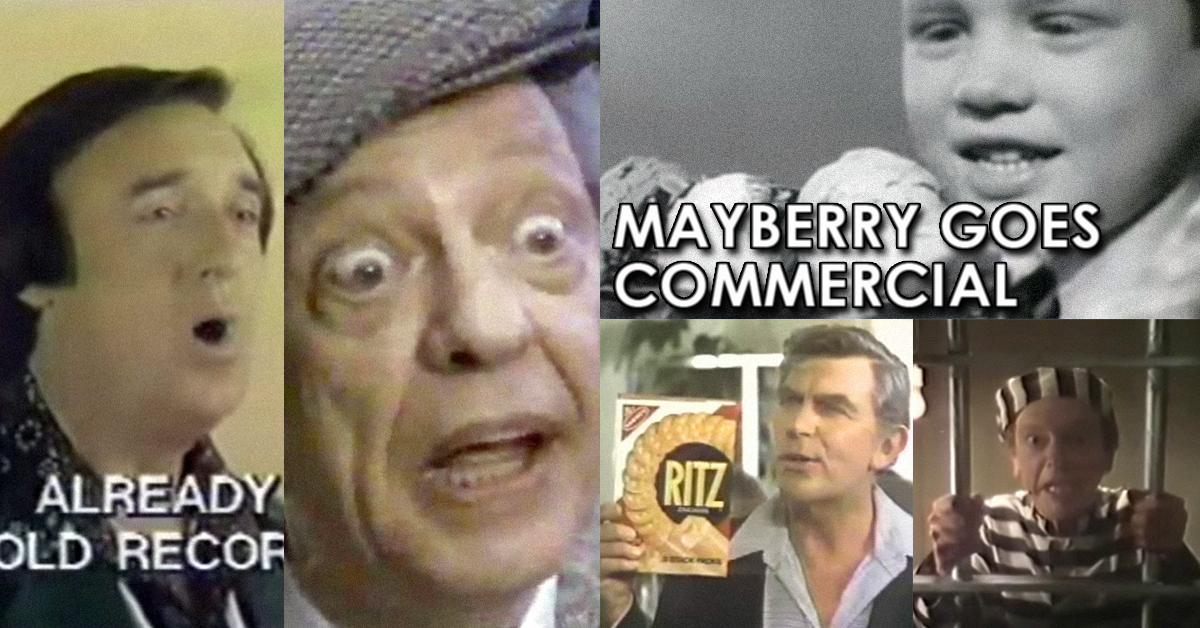 If you could go back in time and watch original broadcasts of The Andy Griffith Show, you would notice one key difference. At the end of each episode, Andy, Opie, Bee and Barney would come back, typically in the kitchen, to promote a sponsor. The lines between commercials and characters were blurred in that era, as the actors acted out short scenes to pitch everything from cereal to dog food.

The cast pushed Sanka Coffee, Post Toasties Corn Flakes, Maxwell House and Gaines Burgers Dog Food. In one, Andy tells his family about a dream he had in which he flew in a rocket ship made out of corn husks. In another, he feeds his dog Prince some Gaines Burgers he keeps in the silver drawer. Wait… the Taylors had a dog?

Anyway… Andy Griffith, Don Knotts and the rest of the actors continued to turn in up commercials, outside of the sitcom itself. In some cases, companies even put these former Mayberry faces back into character. Let's take a look at some vintage TV ads with Andy Griffith Show actors. 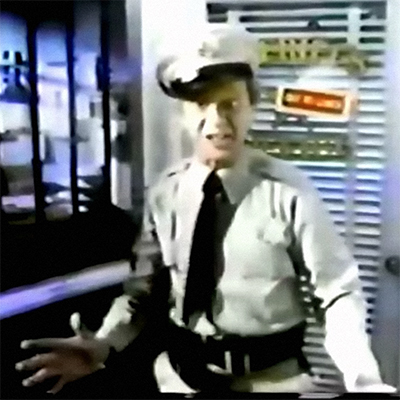 We begin with a commercial that stands as the ultimate mash-up of classic TV universes. Knotts, in character as Barney Fife standing in front of a Sheriff's Office, announces, "I discovered a Bonanza!" Early in the ad, Bob Denver does the same, lolling in a hammock as Gilligan. Yep, it's characters from Gilligan's Island and The Andy Griffith Show, advertising a steakhouse inspired by the Western Bonanza. Watch it here. 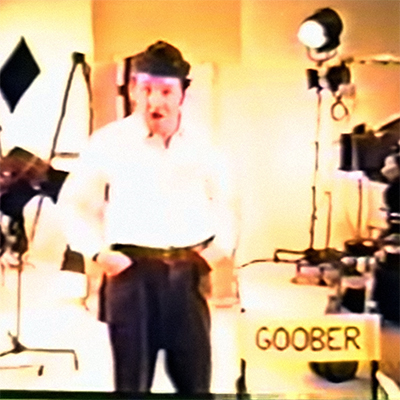 In case the whoopee cap did not give it away, Lindsey saunters up to a director's chair labeled "Goober." Ol' Goober Pyle here was advertising a two-album compilation called Country Pop Vol. 1 & 2. Tele House, an as-seen-on-TV record label in the vein of K-Tel, gathered Johnny Cash, Anne Murray, Ferlin Husky and more for its Country Pop collection. "If you're not satisfied, they'll get your money back to ya faster'n greased lightning," Goober promises. Watch it here. 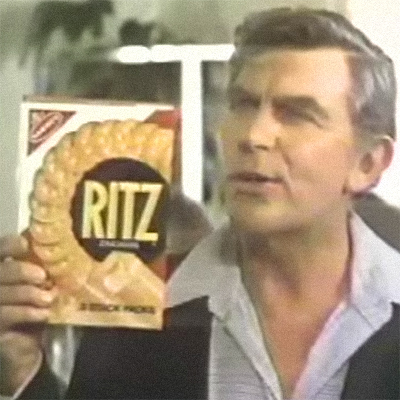 Andy Griffith rapping? About crackers? It happened. "Ritz crackers make the occasion right / There's golden goodness in every bite," he rhymes with his fly-collar splayed wide. (It was 1977, remember.) Watch it here. 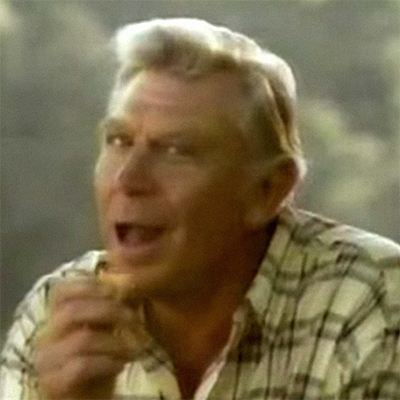 It took a decade for Andy to get some free cheese for those free crackers. This cheddar commercial mined Mayberry nostalgia more than most, as it featured the charming elder fishing on a golden pond. "Even when the fish aren't bitin', I am." Watch it here. 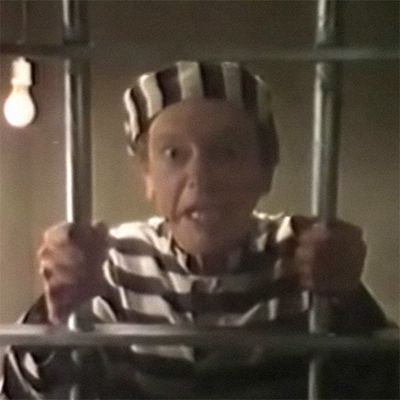 Pete Rose, Pele and Knotts appeared together in an early commercial for the video game system. So why is Knotts dressed as a convict behind bars? To push the game Breakout. "You can't keep me in here, Atari!" he cries. Watch it here. 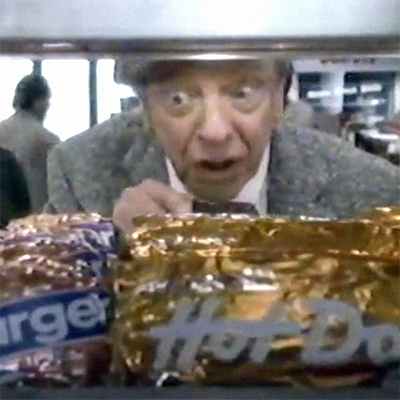 Knotts was pulling silly faces in full slapstick mode, more along the lines of his Disney movies, in this Eighties ad for the convenience store. He marvels at the hamburgers and hot dogs on offer. "Hamburger… great, great! …hot dog… Ooooooh!" he drools. Watch it here. 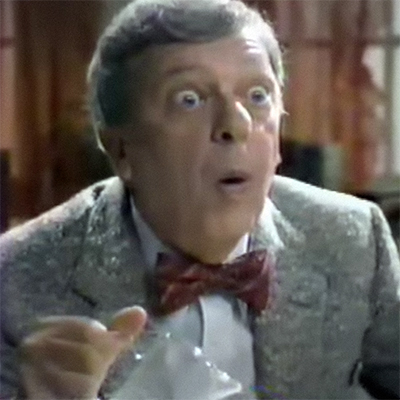 We wonder how the folks at Post felt when Knotts went to the other side. After talking up Toasties and Grape Nuts on The Andy Griffith Show, the former Fife joyfully chomped on Kellogg's in the early '80s. His grinning face was even on the box. Watch it here.

8. Andy Griffith for A1 Steak Sauce 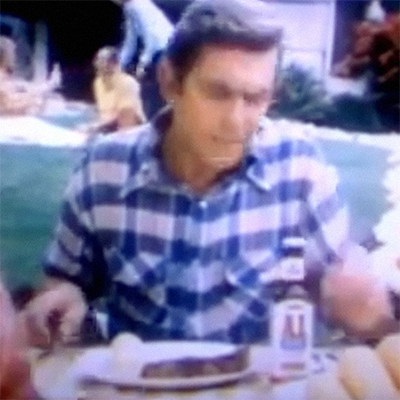 The "Nothing Better Together" campaign could have booked both Griffith and Knotts to prove their point, but that would have cost too much, presumably. Instead, we have Griffith pouring on the charm and Mmm-mms as thick as the steak sauce. Watch it here.

Unlike Goober, Gomer had no need to push other people's music. The bellowing baritone was the king of compilations sold on television and at truck stops. This collection was tenderly titled The Heart-Touching Magic of Jim Nabors. Two lovers collapse in each other's arms in soft focus on the cover. Nabors croons, "Come and lay down by my side." Watch it here. 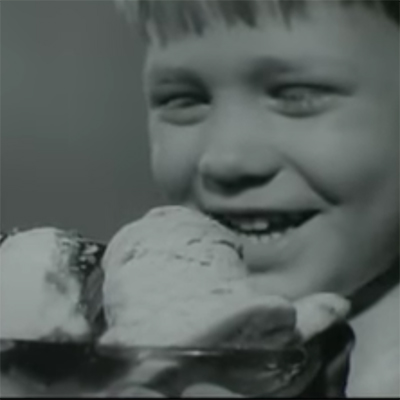 Finally, we roll back the clock to the era before The Andy Griffith Show. Li'l Ronny Howard beams over a heaping banana split in this 1959 Borden's ad. Elsie the cow hovers in a helicopter as the kids sing the jingle, "Borden's! Borden's! Very big on flavor!" Watch it here. 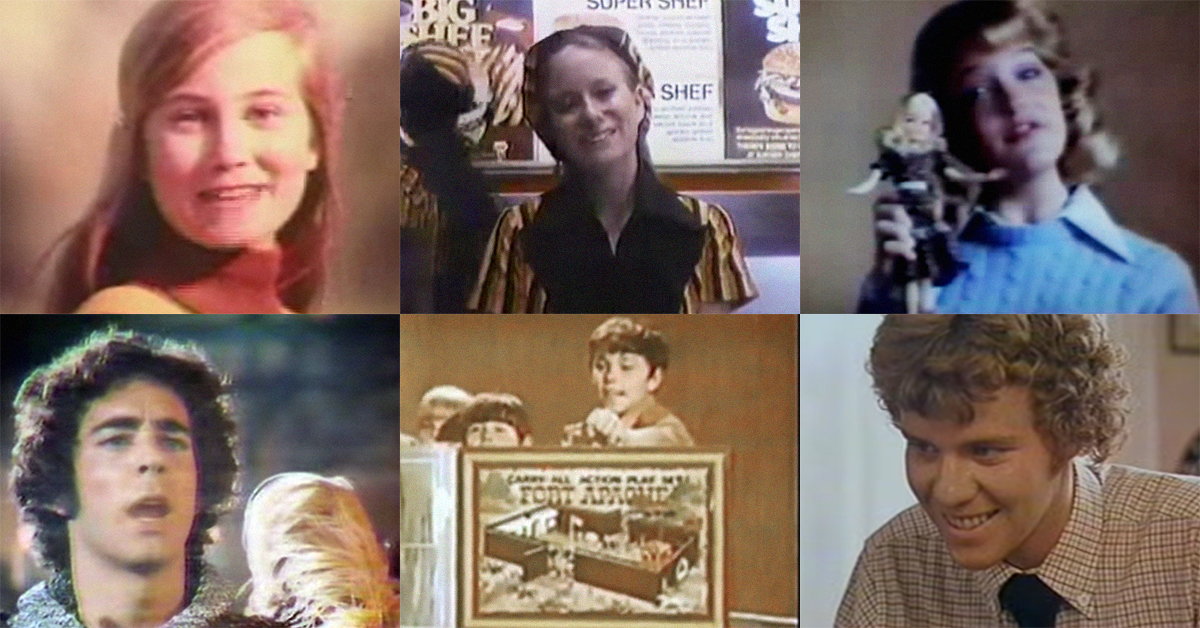 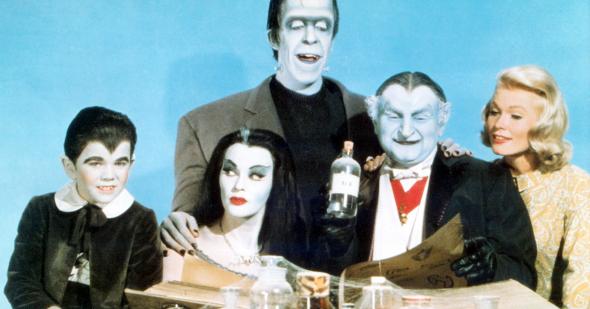 Did you know?
10 colorful facts about 'Munster, Go Home!' 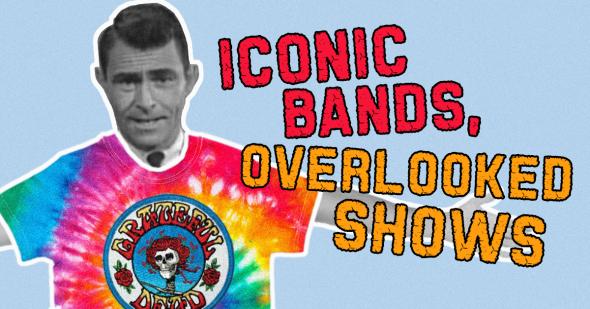 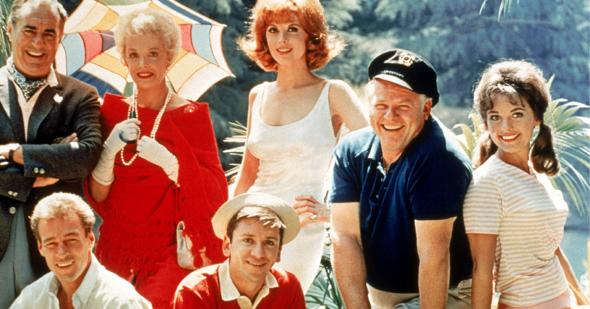 nostalgia
In their own words: Gilligan's Island stars discuss the cast's chemistry
Are you sure you want to delete this comment?
Close

VBartilucci 12 months ago
Don Knotts did a series of ads for Bankers Life and Casualty back in the proverbial Day that were quite popular.

Amazingly, I can't find a single one of them online.
Like Reply Delete