The 8 greatest classic TV finales of all time

From tear-jerkers to clever twists, these are the greatest endings in classic television history. 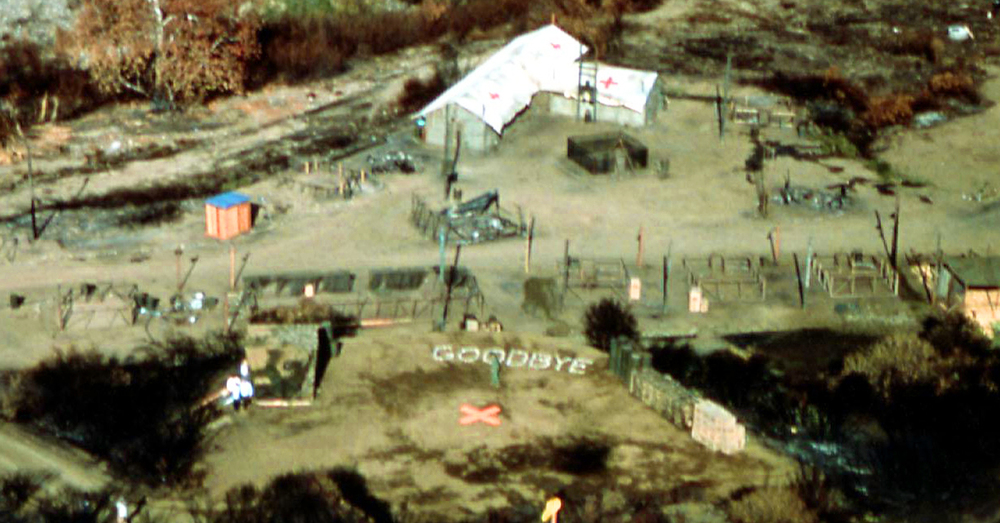 Television can be a cruel business. Too many classic series were unceremoniously canceled. This was particularly true in the early days of the medium, in the 1950s and 1960s, as culture, trends and tastes quickly shifted. Thus, we were denied a proper ending to Star Trek. The Robinson family of Lost in Space never found their way home. Even I Love Lucy awkwardly devolved into The Lucy-Desi Comedy Hour, slowing to an end filled with laugh tracks over the real-world split of Lucy and Desi's relationship, closing with Edie Adams singing a bittersweet "That's All."

It was rare for a show to see its finale coming, plan accordingly, and stick the landing. Fortunately for viewers, a handful of legendary series scripted emotional, fulfilling endings.
M*A*S*H is certainly a contender for the best ever finale.
So, given the opportunity, we had to ask: What was the best TV finale of all time? Tell us your favorite. Here are some of our favorite classic endings. 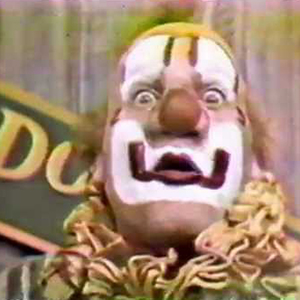 September 24, 1960
Clarabell, the speechless clown, finally revealed that he could talk, proclaiming "Goodbye, kids!" with a tear in his eye. Then, "Auld Lang Syne" played over a darkened set in what had to be one of the heaviest endings to a children's program ever.

2. Leave It to Beaver "Family Scrapbook" 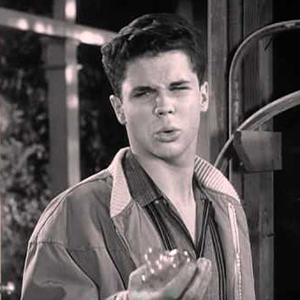 June 20, 1963
Its distinction as the first planned primetime finale earns "Family Scrapbook" a place on the list, but the episode holds up as a tear-jerking adieu as well. June finds an old scrapbook while cleaning and gather the Cleavers for a trip down memory lane. For a clip show, it's quite touching, especially as it ends with the teenage boys gleefully playing with an old wind-up toy from their youth. Oh, and we learn that Beaver got his nickname from Wally being unable to pronounce "Theodore" as a toddler. Half-century-old spoiler alert!

3. The Fugitive "The Judgement" 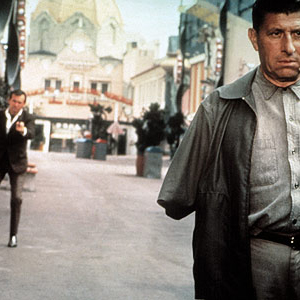 August 22 and 29, 1967
The ultimate whodunnit could have left a sour taste if it had not been able to explain, well, whodunnit. In a gripping scene at an amusement park, Kimble is finally able to extract a confession from the One-Armed Man. The public was desperate to know how it would end. The climax remained the most viewed television show in the nation until Dallas revealed who shot J.R. Nearly half of America tuned in. 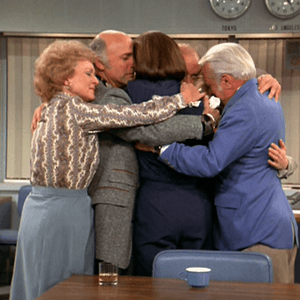 March 19, 1977
A new station manager axes everyone but the inept Ted. Mary delivers a gut wrenching farewell speech to her friends. As hard as it is to believe, this would be the only episode to feature all eight principle characters (Mary, Lou, Rhoda, Ted, Murray, Phyllis, Georgette and Sue Ann) together. The cast comes together for a group hug and curtain call.

5. All in the Family "Too Good Edith" 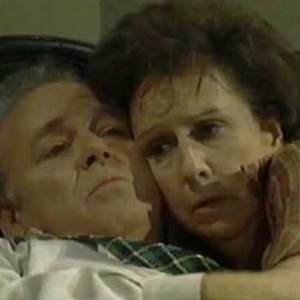 April 8, 1979
Though loaded with love, this one ultimately is tough to watch. Archie must face life without Edith, due to both of their loving stubbornness. The two lie in bed together, as husband tells wife, "I ain’t nothing without you." It doesn't just tug the heartstrings, it cuts them. 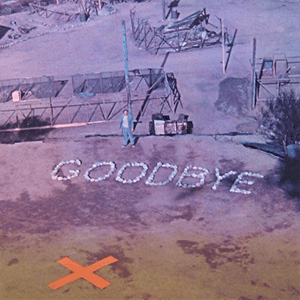 February 28, 1983
Just try to watch Hawkeye leaving in a helicopter, as he looks down to see that B.J. has spelled "Goodbye" on the ground, without crying. The mix of machoism and tenderness, sadness and laughter is perfect. Only a robot could keep dry eyes. Potter even rides off into the sunset in what is the most satisfying sob-fest even created for TV. The mammoth ending captured a whopping 77% audience share, around 125 million viewers. Not a single one likely complained (take that, Lost). 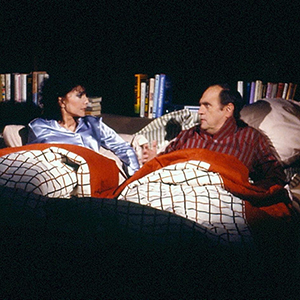 In the most clever ending, a rare welcome spin on the "It was all just a dream" trope, it is revealed that the entire series Newhart has in fact been a strange fantasy set within The Bob Newhart Show. Newhart is back to being Dr. Bob Hartley, in bed next to Suzanne Pleshette. It's so brilliant, it could only be done once. Leave it to Newhart to make a finale that much hard for every sitcom since. 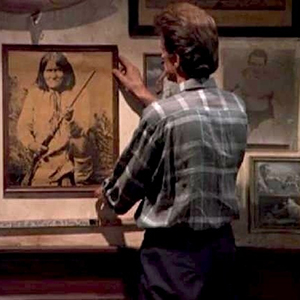 May 20, 1993
The only sitcom to come close to matching M*A*S*H finale numbers, Cheers captured 64% of America, nearly 100 million viewers. It, too, struck the right bittersweet tone, with Sam reuniting with Diane… only to leave her again for his one true love, the bar. Sam turns off the lights, alone in his tavern. It's difficult to say he made the right choice, which is what lends this such weight.

news
M*A*S*H co-stars remember the ''exceptional'' talent and ''beautiful heart'' of David Ogden Stiers
Are you sure you want to delete this comment?
Close

RedSamRackham 7 months ago
* "The Last Newhart" would've been a great finale for Gilligan's Island with Maynard G. Krebs waking up from a dream. BTW the Bob Newhart Show cast (Bob, Emily, Carol, Jerry, Howard and Mr. Carlin) did a reunion special that began with that Bob waking from his dream scene from "Newhart" and then going to his office with Emily & Howard and telling that whole gang about his bizarre dream. At the end of the special Bob is about to get on the elevator and sees it is being repaired by Larry, his brother Darryl and his other brother Darryl so Bob decides to take the stairs. ☺
Like Reply Delete

RichPeter 13 months ago
Can you record me tv shows and how?

VAC RichPeter 7 months ago
Only if you have a TIVO or digital recorder.
Like Reply Delete

Mr305north 17 months ago
Does anybody know why Oliver in green acres always wears a tie in every scene.!!!!!!! He's on a farm. Ziffel, ducker, kimbel etc always had on farm clothes. So weird. He even had on tie while in the fields.
Like Reply Delete

RedSamRackham Mr305north 7 months ago
* And instead of hiring those inept Monroe brothers why didn't Oliver just tear down that ramshackle farm house and get nice pre-fab aluminum house? And why didn't he trade in that Lincoln for a pickup truck? ☺
Like Reply Delete

RedSamRackham 33 months ago
* You missed the Hawaii 5-O finale when after years of Wo Fat escaping arrest Steve McGarrett finally caught him saying "After all these years, Wo Fat, it will give me great pleasure to book you myself!" ☺ Gilligan's Island should've ended like Newhart with Maynard G. Krebs waking up from a dream! ♣
Like Reply Delete

idkwut2use 33 months ago
The Golden Girls finale is SUUUCH a tearjerker...;;
Like (1) Reply Delete