The 10 Scariest Episodes of Classic Television

Which ones still keep you up at night? 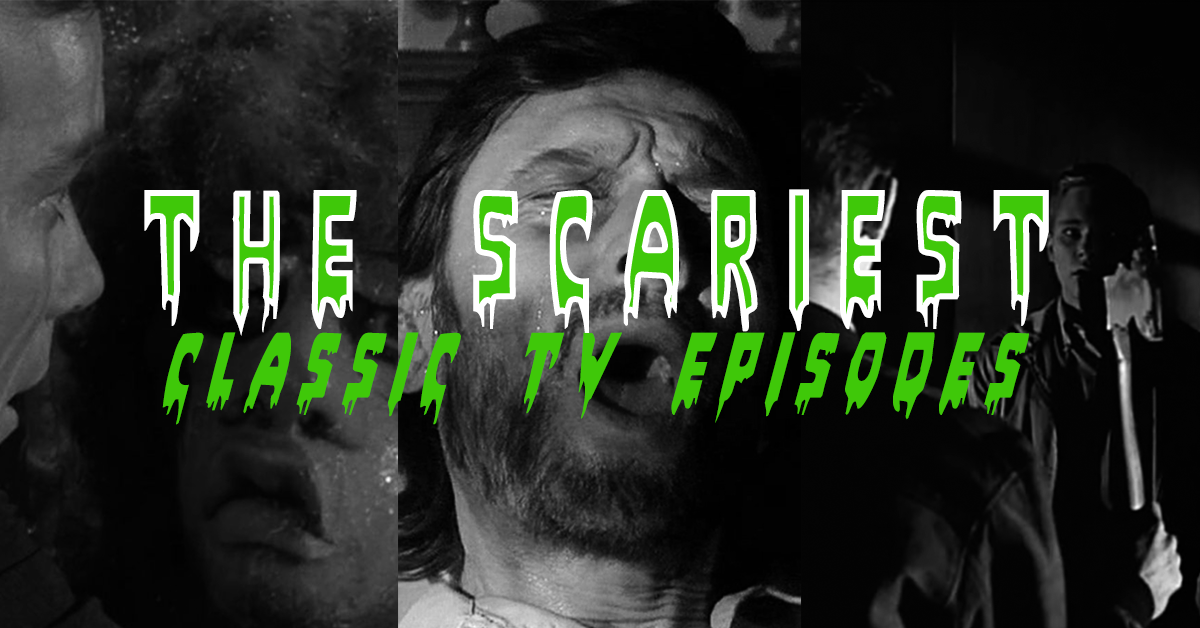 October is here, and with it the promise of Halloween and things that go bump in the night. To get in the mood, we're looking back at some episodes of classic television that scared the pants off us as kids — from series like The Twilight Zone, Night Gallery, The Outer Limits and more. We advise re-watching these as you get ready for the 31st.

Which ones do you remember? Which episodes would you add to the list?

"The Zanti Misfits" – The Outer Limits 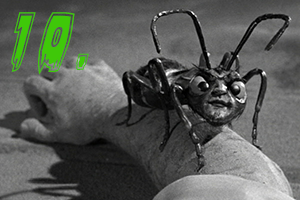 While some of the effects may feel dated, the moral quandary at the center of "The Zanti Misfits" is timeless. The plot, about an alien world that uses Earth as a prison for its criminals, is a classic "mankind is violent and horrible" tale of nihilism. The stop-motion aliens are scary, but like most good horror, it's the suggestion of what they're capable of — instead of physically seeing it — that makes them such distressing villains. But are they even the villains, or are Earthlings the true cold-blooded enemies of the universe? That question is what what Zanti lets us chew on. 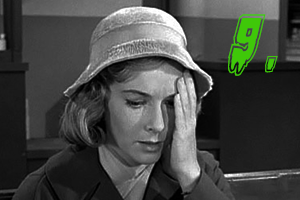 It's hard to narrow down Twilight Zone episodes (really, most of them could have found their way onto this list), but the mounting and lasting dread of "Mirror Image," and the way it grapples with some of the show's key themes like sanity and identity, makes it one of the more unforgettable trips into the Zone. When a young woman waiting at a bus stop is told by workers that she's been there before that night, she insists they're wrong — until she spots a copy of herself in a bathroom mirror. What follows are a series of bizarre instances that probe at the psyche in a way only The Twilght Zone really can. We're still checking our mirrors for doubles. 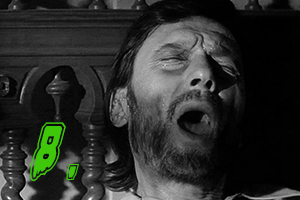 This one is the reason we're still afraid of earwigs! Like a bad old wives' tale come to life, the episode is about a nasty British civil servant named Macy whose plan to kill his kind old host with an earwig (in an attempt to woo away the hosts's young wife) backfires — the man he pays to unleash the eargwig mistakenly puts it on Macy's pillow instead. The squirm factor on this one is high, and the unhappy ending is cruel in the best Serling way. 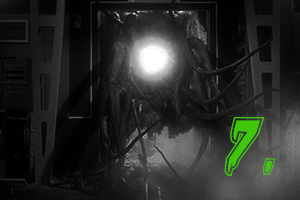 We're still freaked out by the tentacled monster in this 1975 episode of the British sci-fi series Space: 1999. Not only is its size and design imposing, but who can forget the demonic way it lures in unsuspecting victims and then spits out their charred corpses? The flashbacks and feelings of déjà vu make the whole episode feel like a Lovecraftian fever dream.

"The Monkey's Paw: A Retelling" - The Alfred Hitchcock Hour 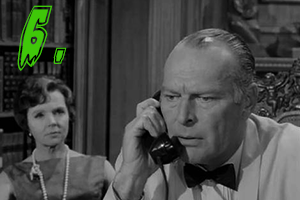 Leif Erickson, Jane Wyatt and Lee Majors star in this play on W. W. Jacobs' classic short story "The Monkey's Paw." It's the ultimate "be careful what you wish for" story, with a man realizing too late the evil powers of a "lucky" monkey's paw that grants its owner three wishes. Like the best Hitchcock, the power lies in the suspense, all leading up to that final knock at the door…

"The House That Bled to Death" - Hammer House of Horror 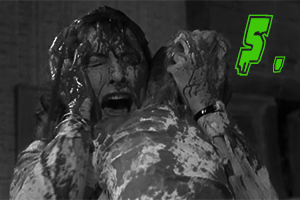 This one is from a British anthology series, the great Hammer House of Horror. Those lucky enough to see it back in 1980 were in for a despicable treat. The whole mood of the episode — about a family who moves into a house where a terrible murder took place — is peculiar and unsettling, but it's the gory children's party scene that cements its legendary status. 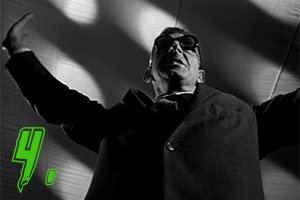 The Outer Band Individuated Teletacer, or the O.B.I.T. of this episode's title, is a machine of unqiue and terrifying origins, created (spoiler alert!) to drive man insane so as to prepare for an alien invasion. Jeff Corey is memorable as Byron Lomax (as is his final form), and the overarching theme of government surveillance and scrutiny feels just as relevant today as it did in 1963. 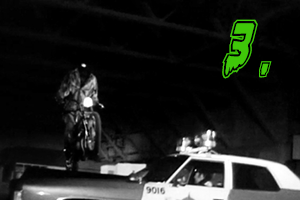 There are plenty of Kolchak episodes that could work on this list, but we went with this one due to both its reigning popularity and the utter creepiness of this Headless Horseman–esque villain, a hulking, headless bad guy who kills fellow bikers with a samurai sword. His menacing figure and sheer force make him a villain for the ages. Also of note, this episode was scripted by Robert Zemeckis and Bob Gale, who would go on to create Back to the Future. 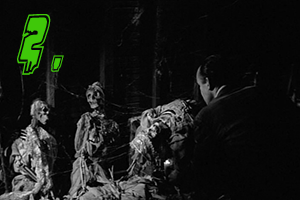 There's much to be afraid of in this 1961 episode of Thriller. The decaying mansion, the ominous score, Boris Karloff's eerie narration. Oh yeah, and the animated corpse of a young man chasing his friend with the axe that killed him. The episode also touches on voodoo, zombies, curses and, yes, pigeons from hell (thought to be the spirits of the creepy manor's former residents). The overall mood here is one of dread and suspicion, and it holds up marveously — just hearing that music is enough to send a shiver down the spine! 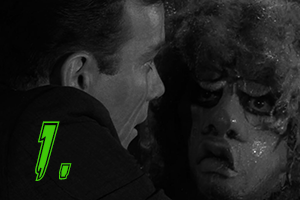 Other episodes might be more viscerally scary, but the mounting dread of this classic Twilight Zone is hard to top, and that it remains iconically horrific all these years later (it was even parodied on The Simpsons) is proof of its lasting impression. A pre-Star Trek William Shatner plays a man on a plane who swears he sees a gremlin outside on the wing, but every time he tries to show someone, it leaps from view. Is he crazy (we learn he recently suffered a mental breakdown) or is the gremlin really there? We get a definitive answer by the end, but it’s the play between one man's fragile sanity and a very real-looking monster that make the moments leading to the conclusion so anxiety-inducing. That it was written by horror master Richard Matheson is no surprise. This one takes the cake.

SEE MORE: WHICH 'TWILIGHT ZONE' EPISODE IS YOUR PERSONAL NIGHTMARE? 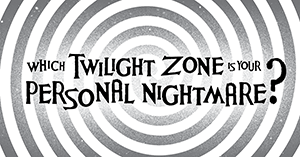 Find out which classic episode taps into your phobias. TAKE THE QUIZ

Stoney 29 months ago
All are scary, but I would have included the Twilight Zone episode "The Living Doll." Scariest line ever: "My name is Talky Tina, and I'm going to kill you."
Like Reply Delete