Where To Watch Shop Store Contact
Home / Stories / Take a tour through the merriest Christmas towns in America
did you know?

Take a tour through the merriest Christmas towns in America

Vintage postcards offer a glimpse into these Santa-inspired cities. 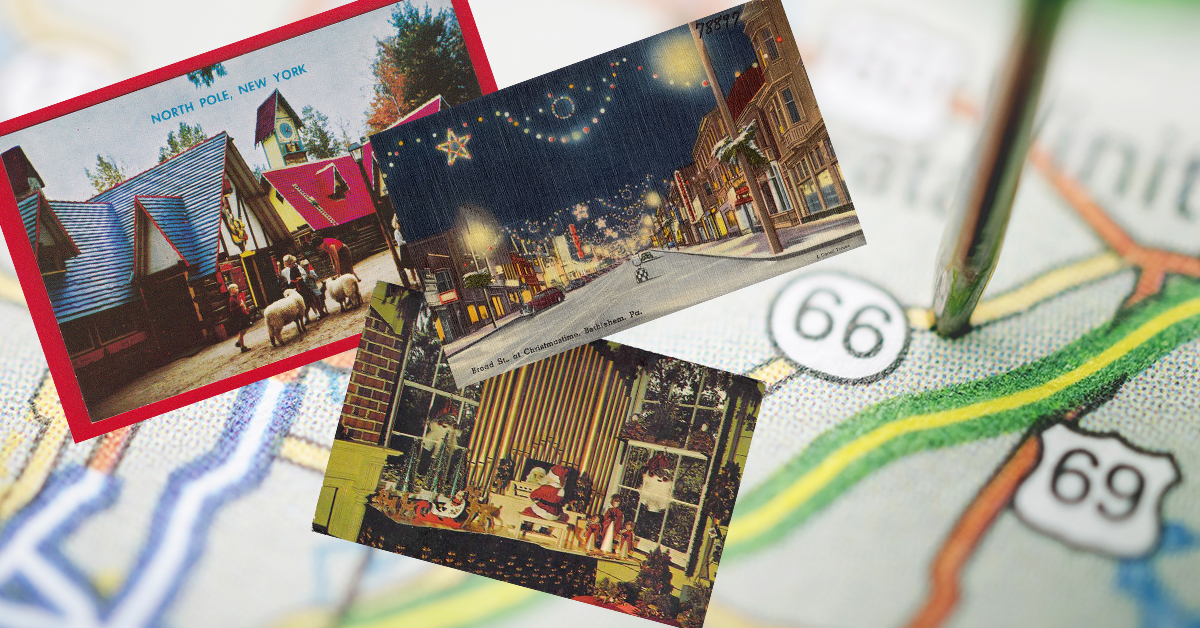 In some towns sprinkled throughout the U.S., "It's Christmas time in the city" could refer to any old time of the year. These towns, cities, hamlets and harbors observe the holiday 365 days of the year, with Christmas-inspired names like North Pole, Bethlehem and even Santa Claus!

While there's surely no place like home for Christmas, we've dug up vintage postcards from some of America's most festive towns to give you a tour of Christmas' most committed enthusiasts. Follow in Santa's footsteps below and bounce from place to place to find out what Christmas means in these locations where it's always the holidays in spirit. 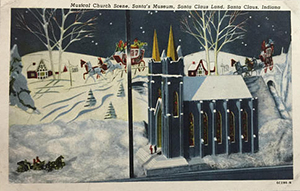 Originally called Santa Fe, the town of Santa Claus, Indiana, has the claim to fame of being home to the only "Santa Claus post office" in the U.S. Because of this, tons of kids send their letters to Santa there. The town's response? A heap of Santa's helpers serve as volunteers to answer every letter the Indiana post office receives. 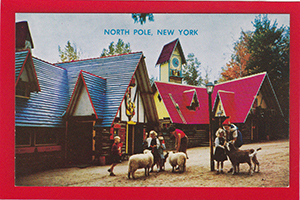 Located up in the snowy Adirondacks is the small slice of Wilmington that's known as North Pole, New York. Not only do they have a fully decked-out Santa's Workshop you can visit from June to December, but if you show up on Christmas day? Their historical records show you have a 96 percent chance of a White Christmas. 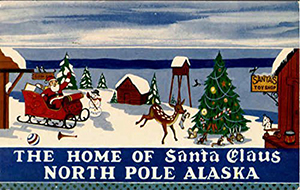 Not to be outshined by its New York rival, Alaska has its own North Pole, a small city inside the Fairbanks metro area. Once there, you can travel streets like Snowman Lane or Kris Kringle Drive. But the most Christmas-y thing about the place, apart from its festive name, is that it's where you can find the biggest, jolliest fiberglass Santa in America. Just go knock on the door of the city's famous Santa Claus House. 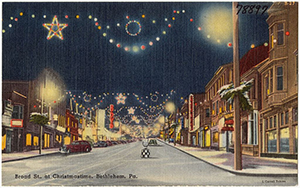 Founded on Christmas Eve in 1741, the city of Bethlehem, Pennsylvania, started out as a missionary post. Now its nickname is "Christmas City, U.S.A.," mostly due to a gorgeous $5,000 illuminated steel star they put up in 1939. You can spot it shining from 20 miles down the road. 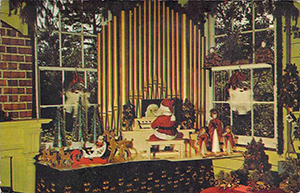 Located in South Bristol, Maine, Christmas Cove is a harbor where the story goes that explorer John Smith in 1614 weathered away a bad storm on one historic Christmas Day. Actual historians dispute the timeline if not the entire legend, but his name for the harbor stuck, either way. The eventually put up a Santa Claus shop, and the postcard here shows its decked-out interior. 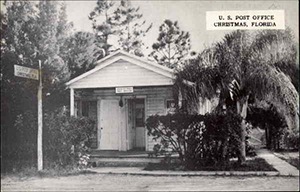 In the sunny state of Florida is the small, unincorporated area called Christmas. Its post office features a Christmas tree next to a wooden Santa sleigh that's all tinseled up year-round. If you head back past the post office, you come across Fort Christmas Historical Park, where tourists can stay in tiny log cabins that almost convince you the North Pole may be around the corner, and not as far away from Florida's humidity as it can get.