Where To Watch Shop Store Contact
Home / Stories / Navel gazing: The first female belly buttons ever seen on TV
Did you know?

Bellies have a bizarre history on the small screen. 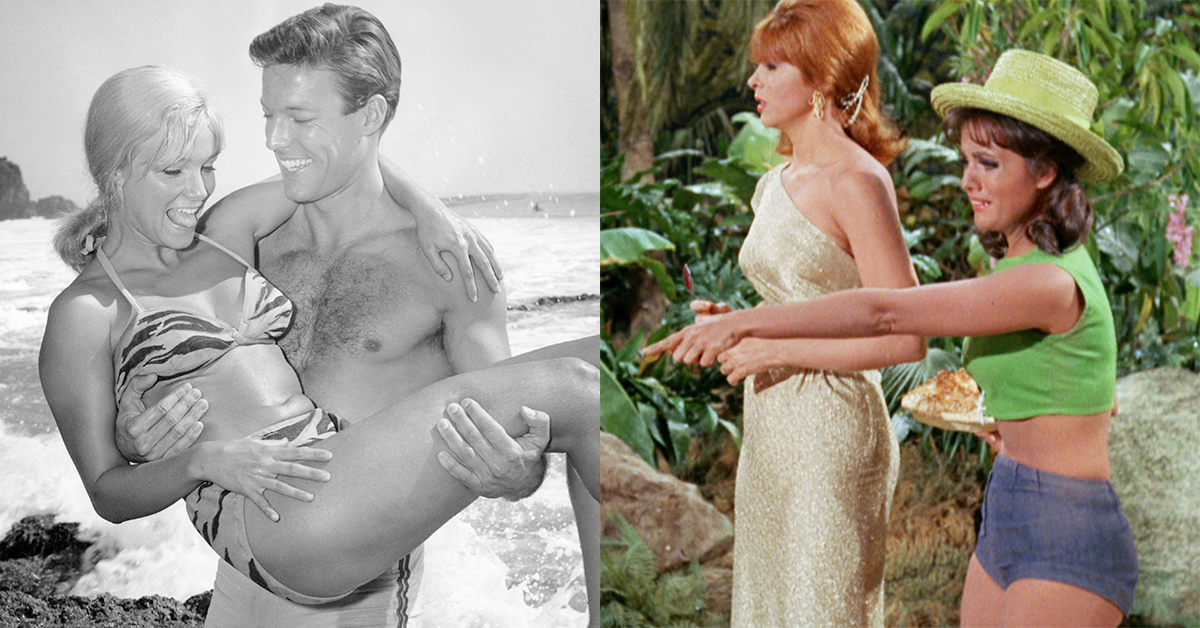 A tiny piece of fabric could not placate the National Legion of Decency. In 1959, Marilyn Monroe turned heads as the bombshell in Some Like It Hot. In the film, the blonde idol wore a slinky, sheer black and nude cocktail dress that flashed a good amount of skin. Not the belly button, however. The crew covered up the actress' navel with a piece of fabric. Nevertheless, the NLoD condemned the film.

At last, three years later, Monroe was able to bare her belly button in the aptly titled Something's Got to Give. "I guess the censors are willing to recognize that everybody has a navel," she quipped. Not long after, Disney was insisting that Annette Funicello contractually cover up her navel in Beach Party — a teen bikini film. Such were the muddled morals of the time.

Meanwhile, on the small screen, censors were far more strict.

In 1951, the National Association of Broadcasters established its Code of Practices for Television Broadcasters. Amongst many other things, the regulations prohibited the display of a woman's navel. Believe it or not, the Code stood in place until 1983 — though as we shall see, things got lax.

Mostly thanks to Cher.

Here's a brief early history of the bare female belly on TV.

Mimieux was no stranger to a swimsuit. The Southern California girl had previously starred in Where the Boys Are (1960). Though she never became an A-list leading lady, Mimieux holds an important distinction in history — she was the first woman to show her navel on American television. The event happened in the two-part Dr. Kildare episode "Tyger, Tyger." Perhaps moralists allowed it as her character perishes atop a surfboard in the end, dying in the manly arms of Richard Chamberlain. 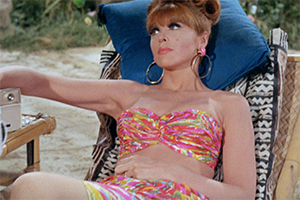 That same year, two soon-to-be legendary women became castaways on a remote island. Stranded in the tropics, Ginger and Mary Ann were dressed for the occasion, often sporting two-piece beach ensembles. However, both of the belly buttons were covered throughout the series. Tina Louise was a pro at casually draping her arm over her midriff, while Dawn Wells constructed a clever pair of short-shorts that came up over her navel.

3. Barbara Eden in 'I Dream of Jeannie' 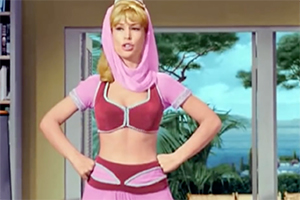 It was a similar story for Barbara Eden, who saw her stomach become a topic of debate with network suits. Execs gathered around a table to argue about Jeannie's navel — to show or not to show, that was the question. In the end, the production used fabric and skin-colored make-up to cover her belly button, or simply the waistband of her harem pants. 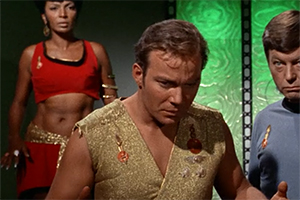 Leave it to progressive pioneer Gene Roddenberry to boldly go where other shows would not, though largely by "accident." In "Mirror, Mirror," the brilliant second season episode with the "evil" versions of the Enterprise crew, Uhura beams back aboard the ship, clearly showing off her six-pack. The shot slipped by the censors. This has been credited to Star Trek superfan Bjo Trimble. She reportedly distracted the observer from Standards & Practices with a long lunch. Meanwhile, Kirk had his shirt off all over the place. 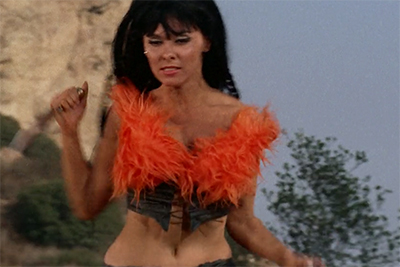 Later that season, another navel would briefly appear onscreen in "A Private Little War." Kovack's character, Nona, wears a primitive, furry orange two-piece that tends to flash her belly here and there. The censors must have missed that one.

Leave it to Cher to have the attitude of "Belly bare, don't care." The iconic singer shattered the norms on her variety show. The host and performer constantly showed off her enviable abs — navel included. This led to People magazing dubbing her the "Pioneer of the Belly Beautiful." She said, "All I know is I got in trouble for showing my belly button, and every time I turned around after I went off the air, all you saw were Cheryl Ladd's boobs." Fair point, Cher. 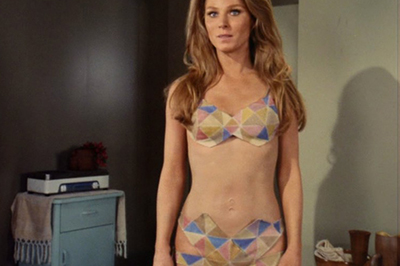 We end with Gene Roddenberry again. In "All Our Yesterdays," the next to last Star Trek episode, censors had prohibited Mariette Hartley from showing her navel. So what did Roddenberry do four years later? He cast Hartley in his sci-fi pilot Genesis II… and gave her two belly buttons. Is that what the "II" stood for?

KnowsOldShows 5 days ago
On Rowan & Martin's Laugh-In, Season 1 Episode 9 (originally broadcast in March 1968), Ruth Buzzi did a lengthy hula dance showing full unadorned navel.  They outfitted her with an extra-long lei (as if they hoped to camoflauge it), but it didn't hide anything.  Ms Buzzi had an hourglass waistline and a picture-perfect innie.

When we recently watched that episode, we got to wondering if Ms Buzzi might be a contender for Earliest Exposed TV Belly Button.  Then, of course, we realized that for several episodes, the other Laugh-In girls had already been go-go dancing wearing hip-hugging bikinis and painted skin slogans ... so Ms Buzzi's reveal wasn't as shocking as we'd first assumed.

J. B. 3 months ago
There was a episode of Gilligan's Island that was done in black and white that had both Ginger and Mary Ann in hula outfits that did show their belly buttons.

RichardHolliday 12 months ago
Another Star Trek episode has two prominent belly button appearances. Both Diana Ewing “Droxine” and Charlene Polite “Vanna” in the episode “The Cloud Minders” have their bare midriff clearly visible with buttons in plain sight.
Like Reply Delete

bagandwallyfan52 13 months ago
I was very sad when Dawn Wells Mary Ann Summers passed away in 2020.I was also sad when Roy Stuart (Corporal Boyle
On Gomer Pyle USMC) and
Russell Johnson(Professor
Roy HINKLEY on Gilligan's Island
Passed away.
Like Reply Delete