Here's what 11 classic TV characters earn at their jobs

How could Mike Brady afford that home with six kids and a maid? 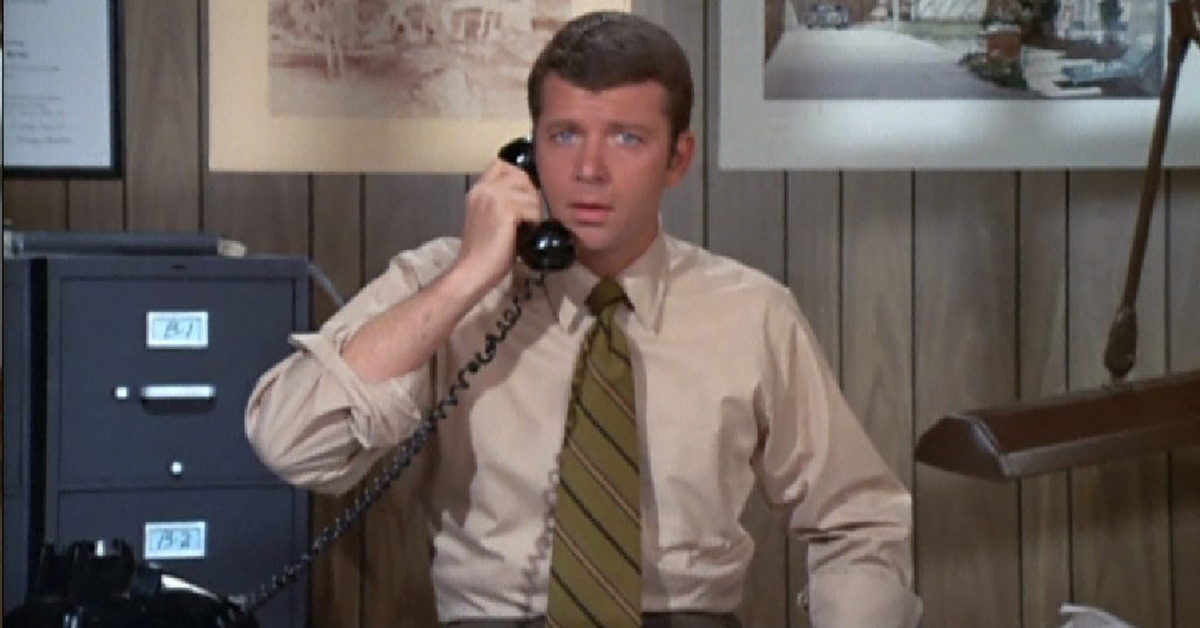 It was always intriguing to see how our favorite TV characters lived. Some of them had decent jobs, but seemed to live beyond their means. This discrepancy had us thinking, what kind of money did our favorite characters make?

To find each character's salary, we used the website PayScale and entered their profession, location and approximate years of experience in the field. For example, someone like Mary Richards wouldn't have any experience, but someone like Lt. Theo Kojak would have a couple decades under their belt.

Once we entered the information, PayScale gave us the median salary for each person. All the figures are in 2016 dollars, but we included what the salary would be during the time the show takes place, adjusting for inflation.

The results we got might surprise you. Do these salaries seem fair to you? 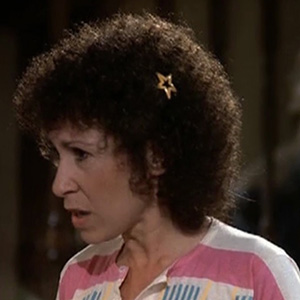 Tortelli was so mean-spirited because she probably wasn't pulling in a lot of tips waiting tables. As a waitress at a Boston bar, Tortelli would make around $27,209 per year. 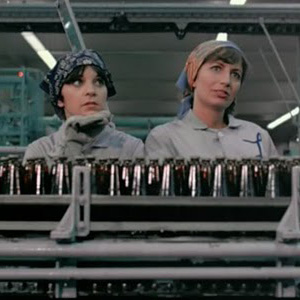 These ladies were making their dreams come true as bottlecappers at the Shotz Brewery. In similar factory positions today, people make around $33,571 per year. 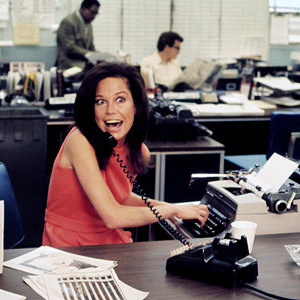 After being dumped by her boyfriend, Richards moved to Minneapolis and got a job as a producer at a local news station. With no experience, she would probably start off making about $35,516 per year. 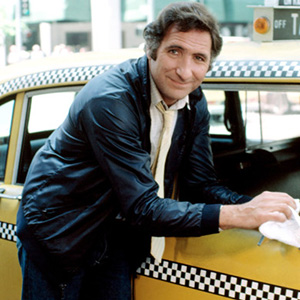 While everyone else at the Sunshine Cab Company thought of being a taxi driver as a temporary gig, Reiger considered it his profession. After driving around the streets for as long as he did, he would make around $37,179 per year. Or maybe he'd go Uber? 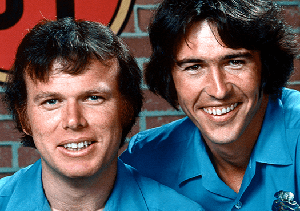 Paramedics John Gage and Roy DeSoto did some important work, but they didn't rake in that much money. In fact, with their experience, they would only each make about $44,816 every year. 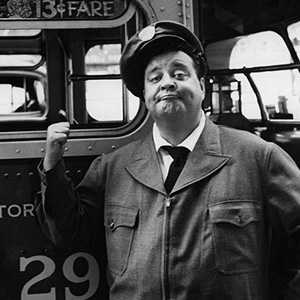 The Kramdens were certainly portrayed as poor on The Honeymooners, but that wouldn't really be the case in today's society. Bus drivers in New York City with comparable experience earn a median salary of $51,075 per year. 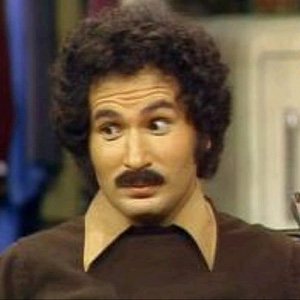 Kotter was paid pretty well for what he had to put up with. On average, high school teachers in New York City earn about $64,561 per year. 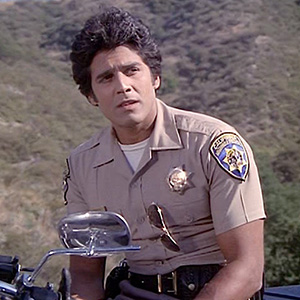 Frank "Ponch" Poncherello might have been pretty new to the police force, but he was already making the big bucks. With his level of experience, he would pull in around $64,943 per year as a California trooper. 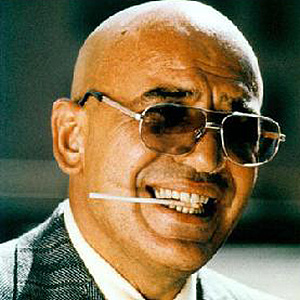 As a detective, Theo Kojak was in charge of investigating some pretty tough crimes. To compensate, he would earn a yearly salary of $77,223. How many Tootsie Pops could he afford with that? 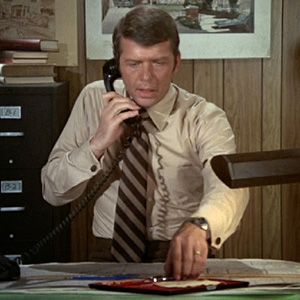 With six kids, a stay-at-home wife, a maid and a fairly expensive home, Mr. Brady had a lot on his plate. Luckily, he'd make good money as an architect, at around $87,978 per year. 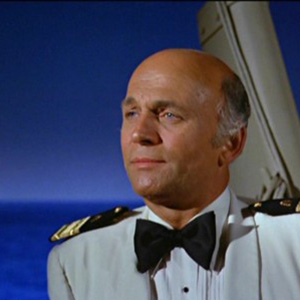 Who would have guessed the captain of The Love Boat was the highest paid person on this list? In addition to making a lot of fantasies come true, Stubing would net in around $113,540 every year.

KJames90755 2 months ago
Don't forget the home prices were much lower in the time the Brady Bunch series was set, that big house probably only set him back about $35,000-40,000 fictional at that time. My stepfather bought a 2BR/2BA in the College Park area of Costa Mesa for $28K in 1971.
Like (2) Reply Delete

AndreaZ 2 months ago
I waited tables and I can guarantee that a person waiting tables in a pub like Cheers in Boston makes way more than $27,000 a year today. Probably closer to $60,000 or more a year.
Like (1) Reply Delete

AndreaZ JeffreyCoon 2 months ago
He didn't break any barriers. He stayed in the closet his entire career.
Like (1) Reply Delete

Jayfive67 AndreaZ 2 months ago
so what? it would have destroyed his career if he had come out.
Like Reply Delete

JimmyMuraco Jayfive67 2 months ago
That's why he didn't break any barriers. Had he come out, was embraced by the public, and gone on to be a major star, the he would have broken that barrier. I don't think the public was ready for that back then.
Like Reply Delete

LanceMcCrickard 2 months ago
I wish they did Sheriff Andy Taylor or Deputy Barney Fife.
Like Reply Delete

TinaMarieHaddadRhodes 2 months ago
I find it hard to believe 13,000 a year living in California in 1969 would be enough money to have that big house that he was said to have built and have a house keeper. And added three more kids, two cars, more of a food bill, clothes bill etc without being in some kind of debt. I would think to save money the housekeeper would have to go because she was not needed anymore with a new wife to take over. And maybe the wife would have to get a job too to have the happy life the Brady’s lived.
Like Reply Delete

Kahuna TinaMarieHaddadRhodes 2 months ago
Alice WAS NEEDED because Carol was a Real Estate Agent at the time, so Mike and Carol's combined salaries would have been more than enough.
Like Reply Delete

Jayfive67 TinaMarieHaddadRhodes 2 months ago
inflation was a lot lower in 1969 especially than it is now under Biden.
Like Reply Delete

JamesTobey Kahuna 2 months ago
Carol didn’t work in the original series. It was revealed in “The Brady Brides” she became a real estate agent and that was continued in “A Very Brady Christmas” and “The Brady’s”.
Like Reply Delete

HerbF 17 months ago
Since it's possible that Carol Brady's husband had died (Even though they wanted her to be divorced) the 3 girls would receive dependent survivor benefits from Social Security till they were 18 so that would be extra income into the Brady Home.
Like (1) Reply Delete

JamesTobey HerbF 2 months ago
Excellent point. It’s also possible that both she and Mike got life insurance when their spouse(s) died. It was also common at that time for people to trade cars every few years and it would often cost $1,000 to $2,000 or even less.
Like Reply Delete