Where To Watch Shop Store Contact
Home / Stories / Do you remember these 6 obscure sitcoms from 1976?

Do you remember these 6 obscure sitcoms from 1976? 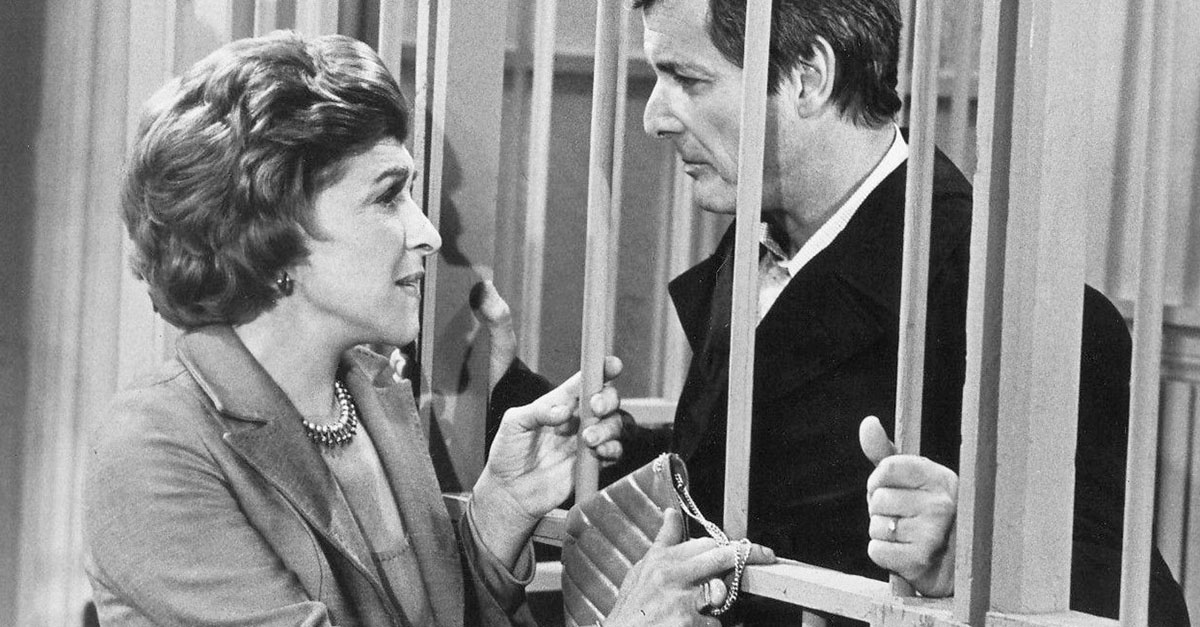 The Bicentennial brought more than patriotism to America. The year 1976 also saw the debut of some classic television series. Laverne & Shirley first hit the airwaves in January. Alice and The Family Feud kicked off.

Yet for every Muppet Show there was a Holmes & Yoyo. Every new year and new TV season delivers winners and losers in the ratings. That's just the nature of the business. Some of the following sitcoms that aired in 1976 featured fantastic actors and were produced by legendary creators like Norman Lear. Perhaps some of them deserved a better shot, or a better slot.

Do you remember these fleeting series from the mid-'70s? 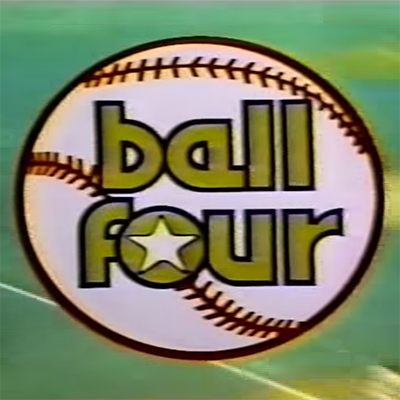 Pitcher Jim Bouton pulled back the curtain on America's pastime with his professional baseball memoir Ball Four. The bestselling book exposed the rowdy life of (some) MLB players. The autobiography from the Big League Chew bubblegum co-creator was such a smash that it spawned a comedy. Bouton himself starred and wrote for the show, which followed the fictional team the Washington Americans. To capture the blue language of ballplayers, the show dreamt up with curse words like "bullpimp" and "horse-crock." It lasted five episodes. 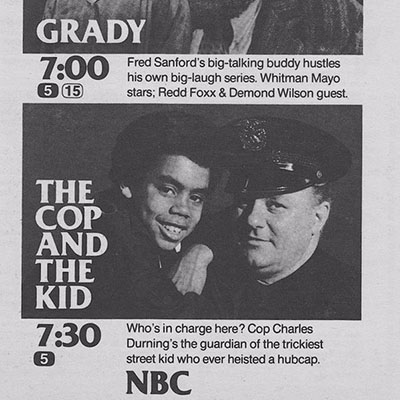 A bachelor beat cop, played by Charles Durning, catches a boy shoplifting and is forced to adopt the kid. The age gap and culture gap were mined for most of the jokes in the 13 episodes. During would later appear on shows such as Evening Shade and Rescue Me. Young Tierre Turner grew up to become a successful Hollywood stuntman and stunt coordinator. 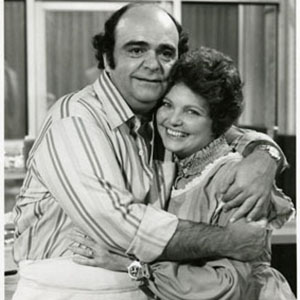 Think of a mix of Mike & Molly and Alice. This half-hour focused on a happily married plus-size couple who ran a deli / diner in Manhattan. Angela Dumpling would be the final role for screen vet Geraldine Brooks, who can be seen on many series like Have Gun - Will Travel, Bonanza, Gunsmoke and more. Brooks died the following year. James Coco co-starred as loving husband Joe Dumpling. Ten of eleven episodes aired. 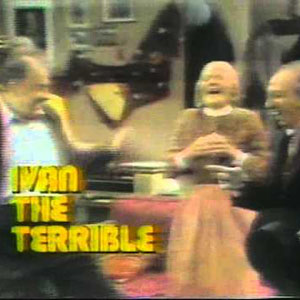 This Cold War comedy was set in Moscow and followed a hotel waiter supporting his family and a Cuban exchange student. The Russian yuks, not to mention a feral dog named Rasputin, were not enough to get past five episodes. 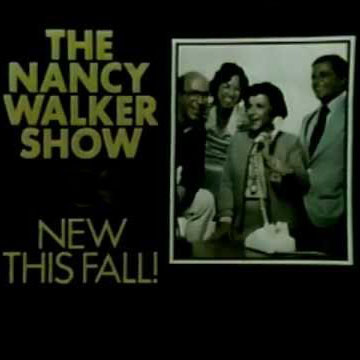 Nancy Walker seemed like a sure bet in 1976. The veteran of McMillan & Wife and The Mary Tyler Moore Show, best known as Rhoda's mother, led this comedy about marriage and the management of a talent agency. The Norman Lear production, like most of his brilliant work, pushed boundaries. Despite its pedigree, it could not beat The Tony Randall Show and Hawaii Five-O. 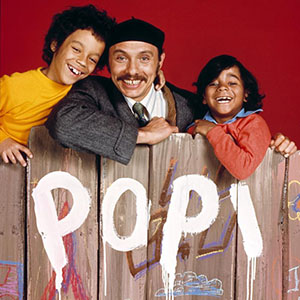 Héctor Elizondo starred in this TV adaptation of a popular 1969 film of the same name — which starred Alan Arkin in the lead role. A single Puerto Rican father raises two kids in Spanish Harlem. It was in a tough time slot, opposite the wildly popular Laverne & Shirley and managed to just break double digits in episodes.

MarkJamesMeli 22 months ago
Of all the shows, I only remember two. The Nancy Walker Show I watched because it seemed she was destined to go places...before she faded to TV commercials. The other was "The Cop And The Kid." And I only remembered that one from the title alone.
Like Reply Delete

BrianPhillips 26 months ago
Well, I know what I did back in 1976...I have recollections of all 6!
1. Ball Four - They had one racist character on the show (Rhino?) that would be used as an easy applause point when Bouton/Bolton told Rhino to shut up or take a hike. Partial lyrics: "That's what I'm playing ball for"

2. The Cop & The Kid - All I can recall of this was that, after much struggle, the cop got the kid back in school. The kid waved goodbye, let the door to the school close, he dropped his books in the trash and walked out the back door to discover...the cop waiting at the back. The kid went back into the school.

3. The Dumplings - A delightful show, watched every episode. This was a rare thing, an older, overweight couple that were madly in love with other and openly affectionate. One plot had them attempting to branch out and market one of their recipes, but it took too much time away from their personal life, so they said no. Another episode had them mark their anniversary by re-enacting how they met, which they did at the same time, every year. Last line of one show from her to him from across the table: "I don't know about you, but from where I sit, the view is terrific."

Partial lyrics: He[the Lord] sure knew what he was doin'/When He started His two-by-twoin'/Heart and Soul/Rock and Roll...always together/We'll go through life discovering/Good things come in pairs". Coco lamented that the critics loved it and it got cancelled.

4. Ivan the Terrible - Partial lyrics: "Life's getting better, spring's coming soon/Five feet of snow and it's only June..." All I can recall is that Ivan would get upset at someone and call them a Yocht (sp?).

5. The Nancy Walker Show - Theme song was called, "You're Gonna Love It Here!" as sung by Nancy Walker (a very cheesy synthesizer-accented showbiz-y tune). One of the boundaries that this show pushed was her openly gay assistant, played by Ken Olfson. The plot I recall was that there was a part for a serial killer that Terry (Olfson) was referred to by Walker, and the producer figured that this rather effeminate man could not play such a part. Terry took this VERY badly, already being in a depression. He then proceeded to tell Nancy to shut up and that he would harm the producer ("I could slit your throat...just as easy...") he then said, "Do you know what else? [singing] "I'm a Yankee doodle dandy/Yankee doodle do or die..." and danced out of the door. Depression gone.


6. Popi - Partial lyrics that extolled American life: ONE SON: Hot dog buns... OTHER SON: ...and long home runs! That's all my 12 year-old mind can recall about this show.

Not in your article, but the same year:

Big Eddie, starring Sheree North and Sheldon Leonard (North's real-life husband) as Eddie, a gangster who did his best to look out for his wife and his family. Partial lyric, spoke-sung by Leonard, "If ya ever need friend...KIDS VOCALS: Call Biiiig Eddie! LEONARD: That's the man!"

This show got beaten up by the critics. The only plot I recall was that his daughter had a toy called a Loopy-Doopy, which was defective. Eddie has his day in court, complete with a stereotypical German expert taking the toy company to task, EXPERT: They call it a "Loopy-Doopy", because you can go loopy tryink to put the doopy thing together!"

Perhaps it would be better to remember Leonard for "It's a Wonderful Life", "I Spy" and "The Dick Van Dyke Show".
Like Reply Delete

BrianPhillips BrianPhillips 26 months ago
Another Big Eddie note: He was taking care of his GRANDDAUGHTER, not his daughter and she was played by Quinn Cummings ("The Goodbye Girl")

Oh, and North and Leonard were not married in real-life. Sorry!
Like (1) Reply Delete

Dario BrianPhillips 22 months ago
Thanks for putting that dummy in his place, Brian! That buffon's comments sounded like stereotypes as he put it, ironically. 😏
Like Reply Delete

RedjacArbez 33 months ago
Ball Four was a fun read back in the day.
Like Reply Delete