9 things you never knew about the ''Happy Days'' theme song

Pink Floyd, Wonder Woman and the Fugees can all thank the creators of this tune. 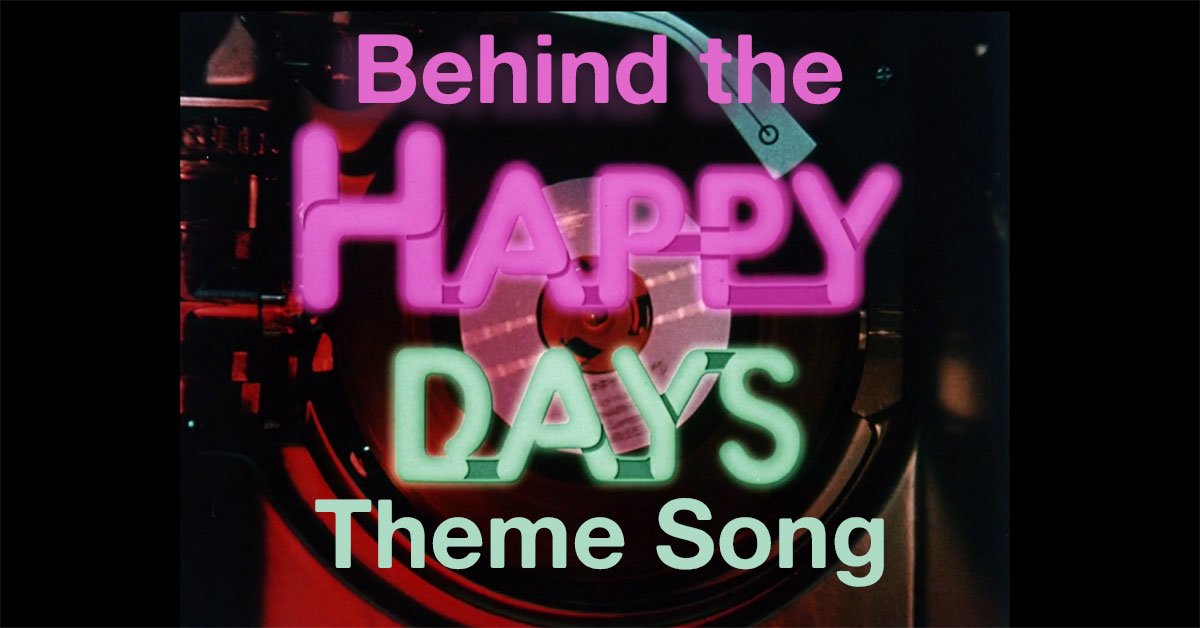 "Hello sunshine, goodbye rain!" It remains one of the most memorable refrains in television history. Odds are, you can sing along to every word of the Happy Days theme song. You know, the one also titled "Happy Days."

However, you might not know some surprising details about the songwriters, singers and producers of that record.

Let's take a deep dive into this classic TV tune!

1. It was originally the closing theme. 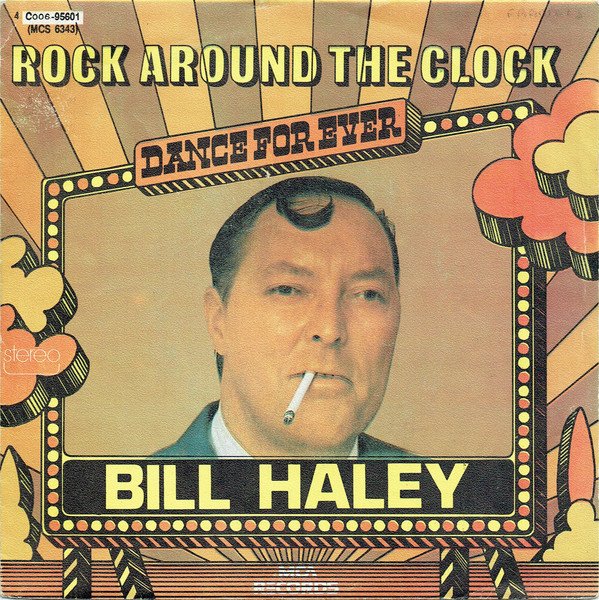 The first two seasons of Happy Days stand out for a couple of reasons. Those early episodes were shot on film with one camera, giving the sitcom a more cinematic look than the familiar, bright, live-audience studio vibe of later years. Secondly, the sitcom used a re-recorded version of "Rock Around the Clock" by Bill Haley. Originally released in 1955 by Bill Haley & His Comets, a re-recorded version of would hit the charts again in 1974 thanks to its usage in both American Graffiti and Happy Days. Meanwhile, The "Sunday, Monday…" refrain of "Happy Days" could be heard at the end of Happy Days episodes.

2. The original ''Happy Days'' singer went on to sing with Pink Floyd. 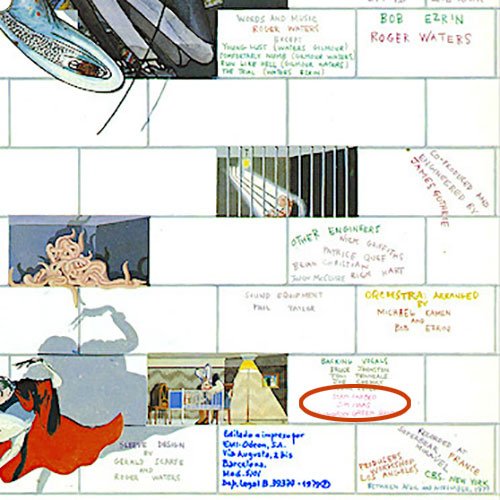 A singer named Jim Haas sang vocals on that original version of "Happy Days." Later in the 1970s, Haas would provide backing vocals on Pink Floyd's seminal concept album The Wall. He joined the band for its 1980–81 Wall Tour,  singing backup on stage. He later would be a member of Roger Water's Bleeding Heart Band.

3. The same songwriters wrote "Killing Me Softly with His Song" 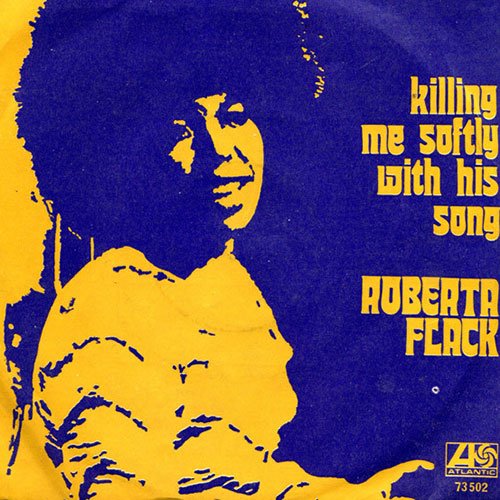 Ace musical minds Norman Gimbel and Charles Fox were the songwriters behind "Happy Days." The duo also penned the brilliant ballas "Killing Me Softly with His Song," a No. 1 hit for Robert Flack. She won a Grammy for the song in 1973 — and the Fugees won a Grammy for their cover version of the tune in 1997.

4. The lyricist won an Oscar. 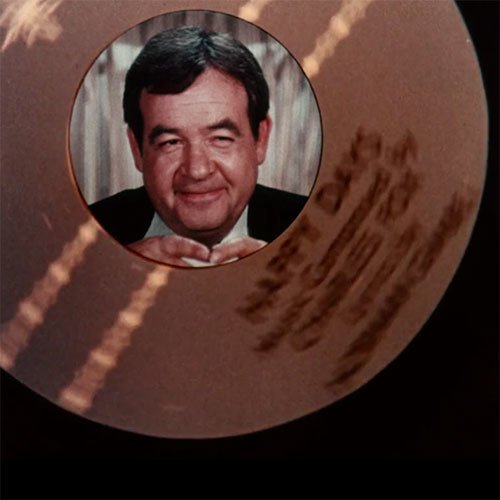 Specifically, Norman Gimbel penned the lyrics for "Happy Days." His musical career includes many fascinating highlights. He wrote the English-language lyrics to "The Girl from Ipanema." In 1980, Gimbel took home an Academy Award thanks to his "It Goes Like It Goes," an original song for the film Norma Rae. 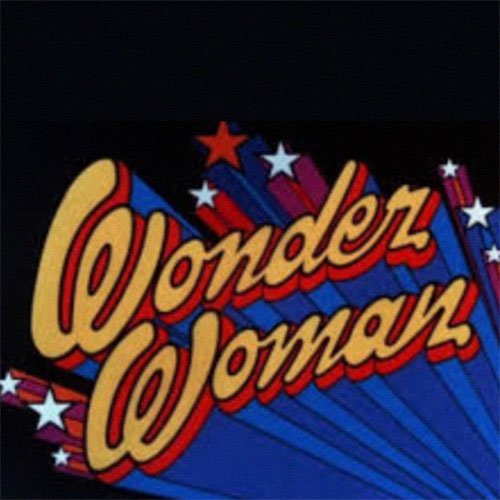 Gimbel & Fox had far more TV hits behind "Happy Days," too. Naturally, they wrote the wonderful theme to the spinoff Laverne & Shirley, "Making Our Dreams Come True." The twosome were also behind the themes to Wonder Woman, Angie and The Bugaloos. You can thank them for rhyming "satin tights" with "your rights." 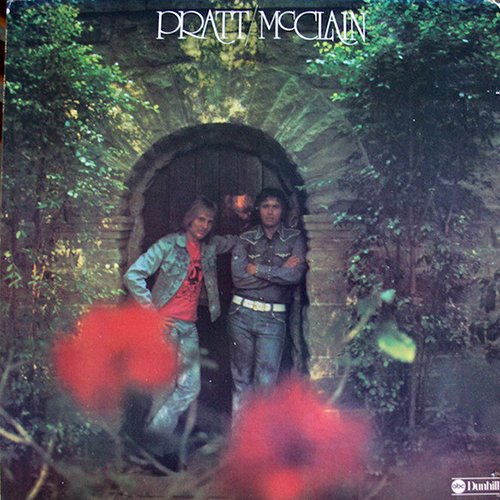 Jerry McClain and Truett Pratt, a Californian-Texan team, came together in the early 1970s. They originally named their band Brother Love, and found work recording jingles for commercials. A record deal with ABC Dunhill records led them to bill themselves as Pratt & McClain, releasing a self-titled album in 1974. Two years later, Pratt & McClain cut a cover version of "Happy Days" which became their defining song.

7. The Pratt & McClain version reached No. 5 on the pop charts. 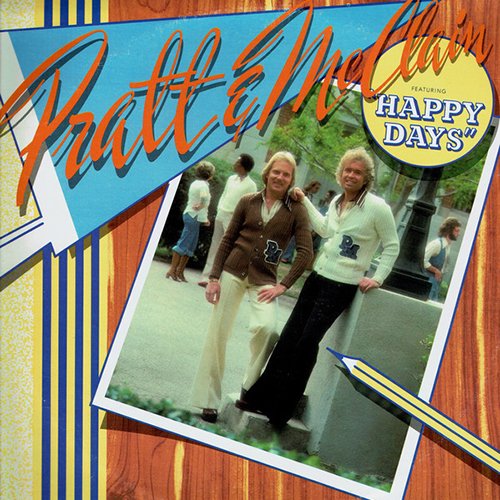 How popular was "Happy Days"? Well, the Pratt & McClain single climbed to No. 5 on the Billboard Hot 100. Canadian loved it even more. The single peaked at No. 3 in that country.

8. The producers pressed a special 45 single just to use in the opening credits. 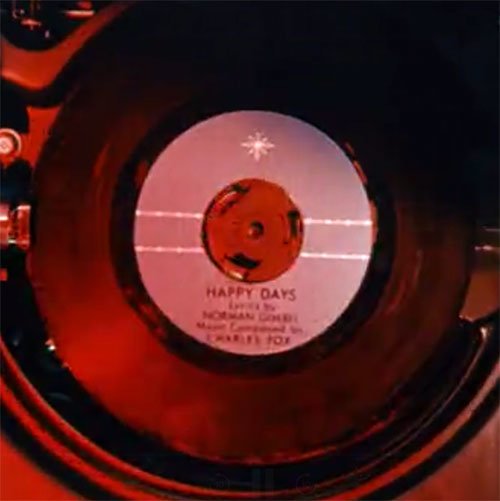 Pay close attention to the jukebox in the opening credits of Happy Days. When the mechanical arm lays the 45 on the turntable, you can read the label. It is printed with: HAPPY DAYS / Lyrics by NORMAN GIMBEL / Music Composed by CHARLES FOX. That was not a commercially released record. The producers specially custom-made that 7" record to be shot in the opening credits!

9. The jukebox in the opening credits has other '70s songs. 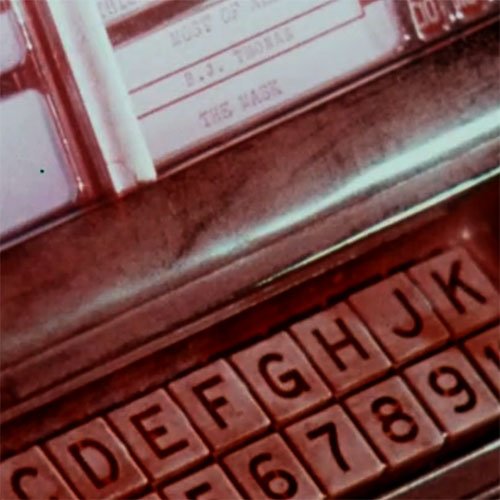 Oh, and about that jukebox. It's a bit of an anachronism if you expect it to be 1950s authentic and examine the fine print. You can see other real songs available as selections on the jukebox. For example, in this shot look for the B.J. Thomas song "Most of All" b/w "The Mask." Scepter Records released that single in 1970.

JDnHuntsvilleAL 7 months ago
I don't believe #8. It would be stupid to produce and entire 45 record for the opening shot when all they had to do was produce a 45 record LABEL and stick it on any ol' 45 record.
Like Reply Delete 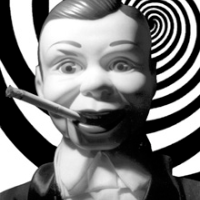 SashaPayneDiaz 7 months ago
Who's Robert Flack? What are "brilliant ballas"?
Like Reply Delete

Moriyah 7 months ago
I want to see what this show is all about. I'll try to watch a little bit tonight.
Like Reply Delete

MadMadMadWorld 7 months ago
Here is the complete song on YouTube, for 2 min 16 sec.: https://www.youtube.com/watch?v=slvGKU7HF6M
Like (1) Reply Delete

MadMadMadWorld MadMadMadWorld 7 months ago
And here is the abbreviated version shown on the opening credits for 1 min 18 sec.: https://www.youtube.com/watch?v=0H4EBicz5qQ
Like Reply Delete

MadMadMadWorld MadMadMadWorld 7 months ago
Here is the first season song, the iconic, terrific, ground-breaking, rock and rolling smash hit by Bill Haley and His Comets, "Rock Around The Clock" (orig. released in May 1954, then May 1955), that started the R&R era, evolving from the Blues and Swing era! #1 for 8 weeks! Rolling Stone ranked it #158 of the 500 Greatest Songs of All Time. First heard in the iconic movie, "Blackboard Jungle" (1955), where it really took off in popularity after its original May 1954 release. https://www.youtube.com/watch?v=VlmeQv8OTk0

kilimanjaro 8 months ago
Rock Around The Clock was a far superior tune!
Like (1) Reply Delete

carolej70 8 months ago
Soooooo glad to have Happy Days back on Metv!! :)
Like (2) Reply Delete

moax429 8 months ago
I still have the original 1976 Pratt and McClain single of "Happy Days;" I was halfway through 8th grade at Lansing Catholic High School in Lansing, Michigan. (By that time, Pratt and McClain recorded for Reprise Records; I wasn't even aware they were on ABC/Dunhill before that.) Now that my 1976 Seeburg "Sunstar" jukebox is fully functional again, the "Happy Days" theme will soon have a place in it. I also liked the B-side, the instrumental "Cruisin' With the Fonz."

Also: *The original* 1956 Decca Records (which has long been since absorbed into MCA and then Geffen) version of "Rock Around the Clock," besides being used in "American Graffiti," was the one rereleased as a 45 in 1974. The rerecorded version was the one used for the first two seasons of "Happy Days."

Diz 8 months ago
I will join the chorus of people who couldn't stand the Fugees version of Killing Me Softly.

TerrancePaulTucker Diz 8 months ago
Lest we not forget the original woman whose version Roberta Flack heard before her version went huge named Lori Lieberman. Her version should be mentioned always.
Like (2) Reply Delete

Utzaake 8 months ago
6 & 7. Pratt & McClain's "Happy Days" when put in a nonstop loop is a form of psychological torture.
Like (1) Reply Delete

Jayme 8 months ago
In the 70s, my dad had the dame jukebox with a lot of 70s 45s that came with it. It was about 74 or 75 that he got it... so hmm.... these days I have downloaded and CD ripped the same songs and more and it fits on this tiny SD card that goes into a Sony Walkman for my pocket! (They still make MP3 players! and call them 'Walkman.' Starlord, eat your heart out!
Like Reply Delete

jimmyvici 8 months ago
Great song regardless. Catchy too.
Like (2) Reply Delete

cperrynaples 8 months ago
A comment about 8: ironically, you only saw the record label when Rock Around The Clock was the opening theme! In later seasons, it was obscured by the neon title credit! Fun Fact: Family Guy wanted to use Happy Days to close an episode, but the songwriters said no, so RATC got to be a closing theme! However, the characters did get to be in HD circles!
Like (1) Reply Delete

cperrynaples cperrynaples 8 months ago
PS Is it just me or did you also hate the Fugees adding "one time...two times" to the chorus of "Killing Me Softly"? Lauren Hill didn't need those idiots ruining the song!!
Like (7) Reply Delete

jojo68 cperrynaples 8 months ago
You're not the only one, I hated it too.
Like (5) Reply Delete

frances3agape cperrynaples 8 months ago
I was just talking about Roberta Flack to Hubby yesterday! About 2002, she gave one of the BEST concerts I have even seen - singing and playing piano. It was with our Knoxville Symphony Pops.
Like (3) Reply Delete