9 successful TV shows that were spin-offs of spin-offs

It seems as if half of '70s television can trace its roots to 'Love, American Style.' 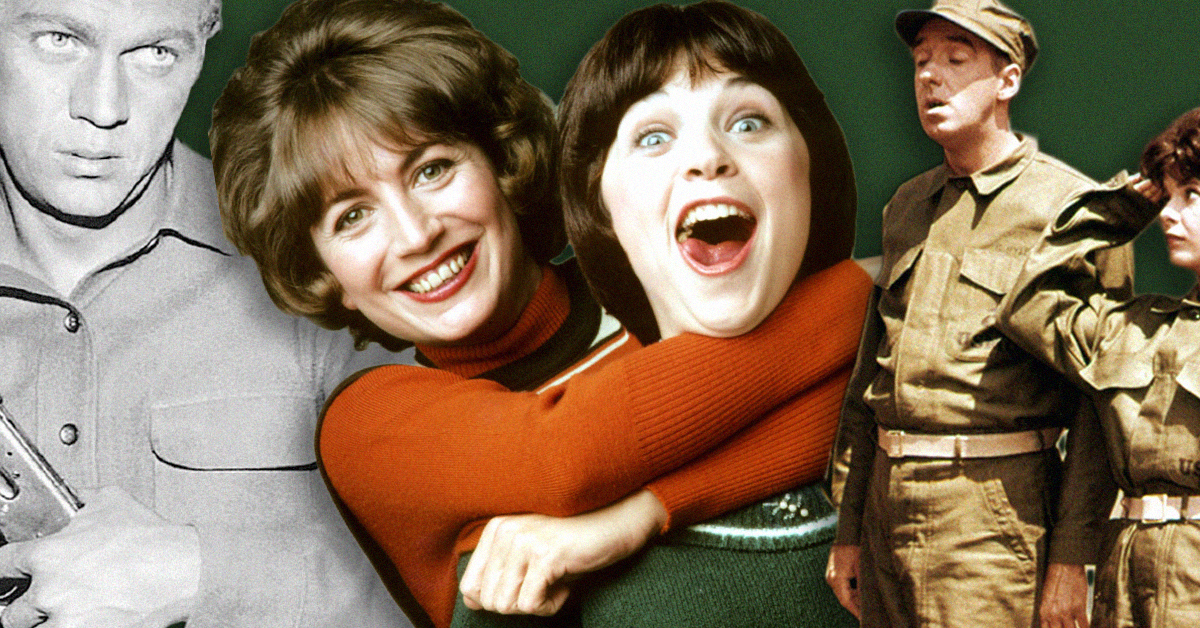 Only a few fortunate TV series get to spawn a spin-off. Heck, the majority of new television shows fail to make it past a second season. Back in the golden era of network television, spin-offs were far more common. But to truly reach a rarified level of popularity, a show had to have spin-offs of its spin-offs.

Happy Days branched out into a sprawling television universe, with five live-action spin-offs, not to mention a handful of cartoons. Of course, Happy Days itself was a spin-off. We begin our list there, in Garry Marshall's fictional Milwaukee… 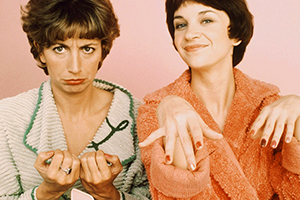 From Happy Days which was from Love, American Style

Laverne & Shirley was the first and most successful spin-off of Happy Days, which had originated as "Love and the Television Set," a story on the anthology series Love, American Style. L&S immediately jumped to the top of the Nielsen charts. It failed to launch its own Carmine spin-off, though it tried, but a cartoon did follow, Laverne & Shirley in the Army. Check out 13 things you might not know about Laverne & Shirley. 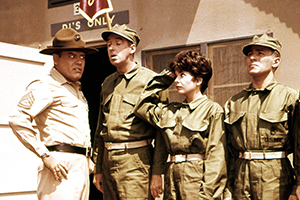 Golly! Gomer piled up 150 episodes of his own series after leaving Mayberry. The Andy Griffith Show had originated from an episode of Danny Thomas, a.k.a. Make Room for Daddy, called "Danny Meets Andy Griffith." Which was odd, because he met Sheriff Andy Taylor and Opie. 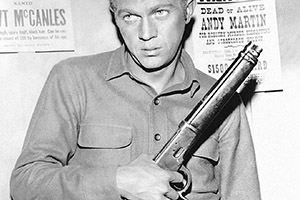 From Trackdown which was from Dick Powell's Zane Grey Theatre

Zane Grey Theatre, which ran from 1956–61, was a veritable cowboy factory for Westerns series, as it spawned five different shows — Trackdown, The Rifleman, Johnny Ringo, Black Saddle and The Westerner. In 1958, Trackdown introduced the cool, steely bounty hunter Josh Randall, played by Steve McQueen, who quickly received his own series in Wanted. Here are 8 more things you might not know about Wanted: Dead or Alive. 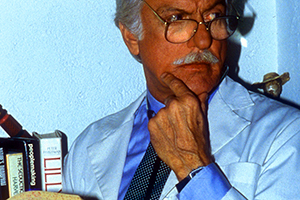 From Jake and the Fatman which was from Matlock

Dick Van Dyke and Andy Griffith were both sitcom titans of the early 1960s — and both ended up solving crimes in the same world in the 1980s. When William Conrad appeared as aging District Attorney James L. McShane on the Diagnosis Murder episode "The Don," producers loved the character enough to build a new series around the idea. Changing the name to Jason L. McCabe, The Fatman became a hit in its own right for five seasons. However, that paled in comparison to Diagnosis Murder, which racked up eight seasons, after Dr. Mark Sloane was introduced in the Fatman episode "It Never Entered My Mind." Matlock would make an appearance on Murder in season four. 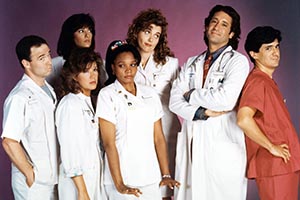 From Empty Nest which was from Golden Girls

While certainly more obscure than other titles on this list, Nurses nevertheless managed to chalk up three seasons of television, which is as much as you can say for Gilligan's Island and Batman. Loni Anderson eventually joined the cast of this comedy, set inside the Miami hospital where Empty Nest's Dr. Harry Weston worked. Both Betty White and Estelle Getty would reprise their Golden Girls characters as guest stars on Nurses. 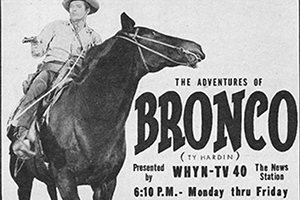 From Cheyenne which was from Warner Bros. Presents

Warner Bros. Presents was the studio's first foray into television. It was a unique format, as it cycled through three three rotating series, Kings Row, Casablanca and Cheyenne. Eventually, Cheyenne spun-off into its own series in 1955. Three years later, co-star Ty Hardin walked out on the show due to contract disputes, but Warner Bros. was able to smooth things out and give him his own series, Bronco, which ran for four seasons. 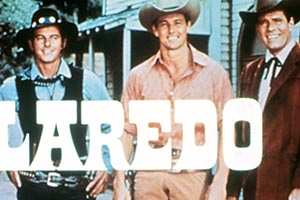 From The Virginian which was from Decision

From 1965–67, Laredo blurred the line between comedy and Western. The series spun out of an episode of The Virginian, "We've Lost a Train." The Virginian itself had been born from a rather obscure anthology series on NBC titled Decision. The summer series was a brilliant idea, really, as it aired pilots for different shows over its 13 weeks. 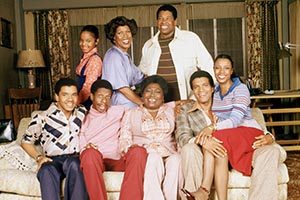 From Maude which was from All in the Family

The family tree of All in the Family nearly equals that of Happy Days. Who knew that Archie Bunker would lead to series like The Jeffersons? Bea Arthur's Maude was the first spin off from All in the Family, and the New York–set show would lead all the way to Good Times in Chicago. 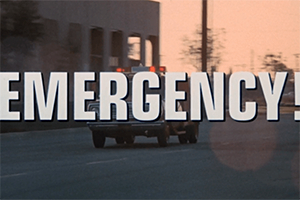 From Adam-12 which was from Dragnet

While not direct spin-offs in the traditional sense, Dragnet, Adam-12 and Emergency! were all set in creator Jack Webb's television universe, and characters from the shows crossed over. The three all took a realistic approach to depicting the police and rescue services of Los Angeles.

QUIZ: CAN YOU NAME WHICH TV SHOWS SPAWNED THESE SPIN-OFFS? 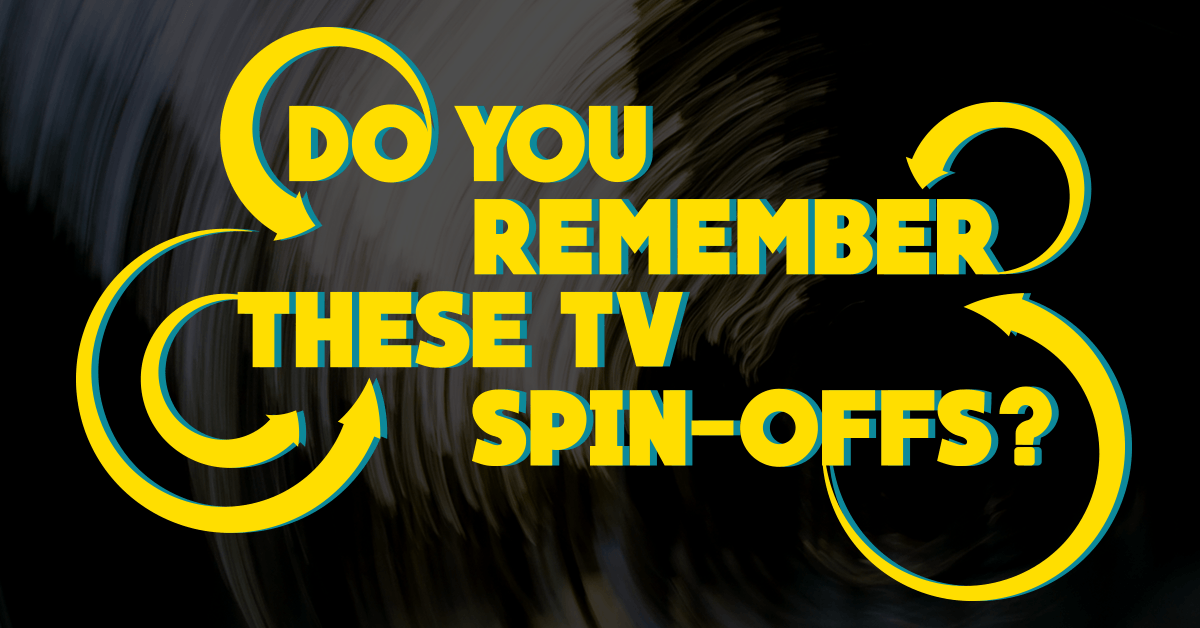 This quiz should be a little easier after reading this article. TAKE THE QUIZ

Steve 1 month ago
Calling "Happy Days" a spin-off of "Love American Style" is a bit of a stretch. The original, failed pilot for "Happy Days" was used as an episode of "Love American Style", but it by no means spun off the original's concept. Some of the other examples are pretty interesting though. Especially "Good Times" from "Maude" from "All in the Family" (which spun off more shows than any other TV series).
Like Reply Delete

PattyHerbst 24 months ago
Randolph Mantooth himself clarified that Emergency! was not a spin-off a few years back.It had it's own separate beginning, apart from any of Jack Webb's other shows.
Like (1) Reply Delete

Ehsauve PeterRoff 22 months ago
you are correct, it isn't right. Jake and the Fatman was born from Matlock, and Diagnosis Murder was spun off from Jake and The Fatman
Like Reply Delete