9 facts about the most luxurious candy bar 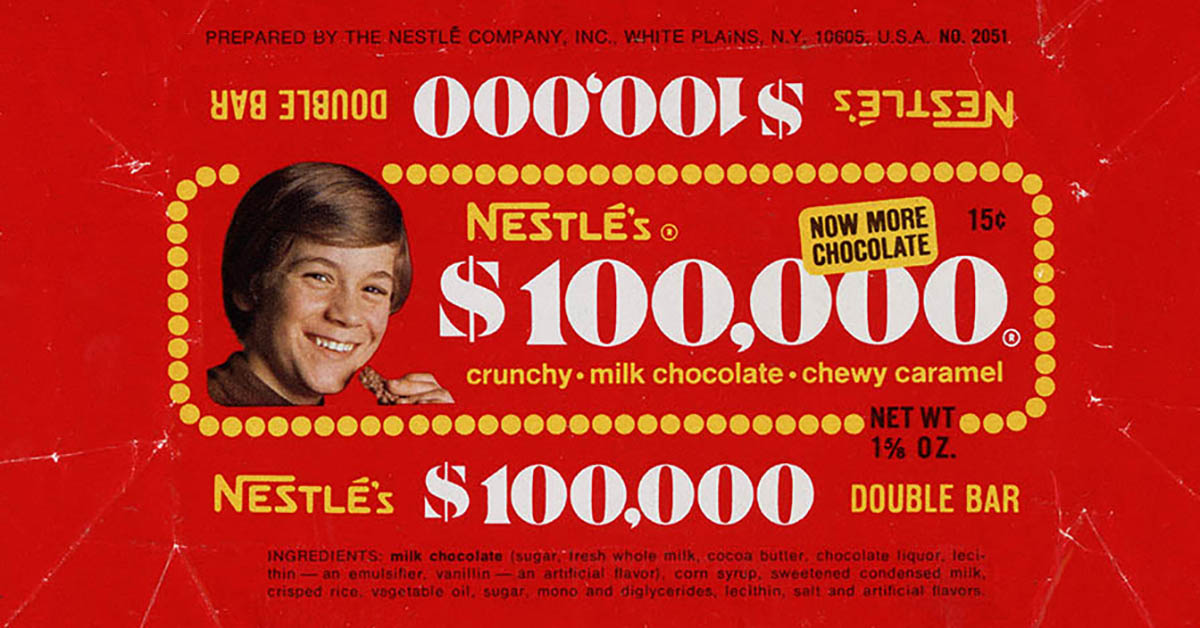 Even though $100,000 won't buy you what it did in 1966, 100 Grand bars taste just as delicious. Here are nine things you might not have known about Nestlé's most luxurious chocolate. 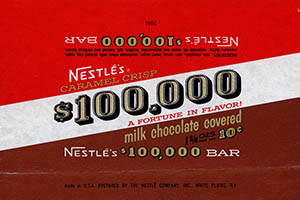 This one will come as no surprise to anyone who remembers the Reagan era, but the candy used to have a numeric name. In the mid '80's, Nestlé switched the name over to "100 Grand" to revamp the brand.

2. It was named after a game show. 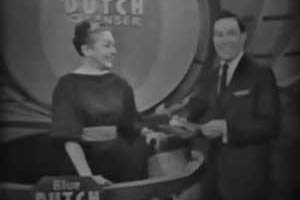 After the success of quiz shows in the 1950s, Nestlé came up with the idea to create a candy bar based on those programs. In particular, the company was inspired by The Big Surprise, in which the grand prize was $100,000.

3. The name was inflated in South Africa. 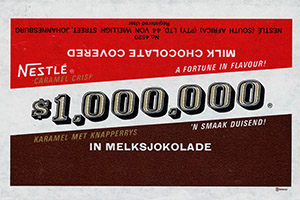 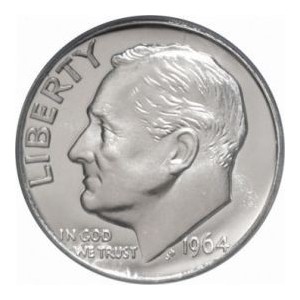 Despite its namesake, the $100,000 Bar wasn't worth a lot to begin with. Like most candy bars, it originally cost 10 cents. My, how times have changed.

5. Who was the kid on the wrapper? 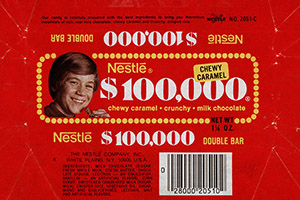 Remember when a boy was on the wrapper of the $100,000 bar? Throughout the 1970s, Nestlé revamped the packaging to make it look more modern. We still don't know who that boy is, but we hope he got free chocolate for life.

6. There was a different kid in Canada 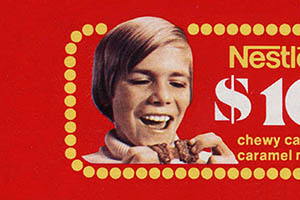 Surprisingly enough, there was a different boy on $100,000 bar wrappers in Canada. Perhaps the original boy looked too American? 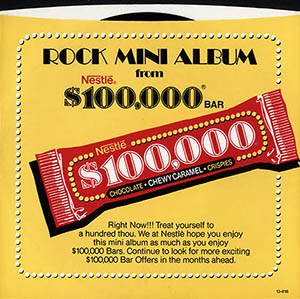 In terms of unusual promotions, this one is up there. In the early 1980s, consumers could order a free mini rock album after paying postage and handling. People could choose to listen to Journey, REO Speedwagon, Cheap Trick and Molly Hatchet.

8. It's been involved in a lawsuit. 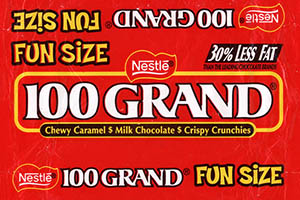 For years, radio DJs have played pranks on listeners, promising them "100 Grand" for answering certain questions correctly. In 2005, one woman was none too happy about the prank, and sued a Lexington, Kentucky, area radio station for leading listeners to believe they were getting actual money.

9. It used to have different varieties. 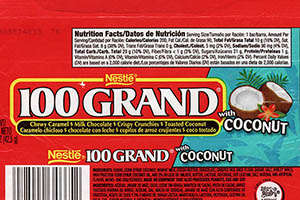 For a brief period about a decade ago, you could find 100 Grand bars with peanuts, coconut and dark chocolate.

jeffy 20 months ago
I found this gem on collectingcandy.com, the answer to the question "Who is the kid on the wrapper"? - Answer: "I went to grade school with the kid on the wrapper
His name is Ricky McBriarty and at the time he lived in New Milford CT" (the last name is spelled differently by another person who answered the question and states that they went to school together. They have it spelled "McBrierty" - Hope this is helpful!!
Like Reply Delete

BrianSkii 32 months ago
7. Rock music mini album
The songs:
Journey- 'Any Way You Want It'.
REO Speedwagon- 'Time for Me to Fly'.
Cheap Trick- 'I Want You to Want Me'.
Molly Hatchet- 'Flirtin With Disaster'. 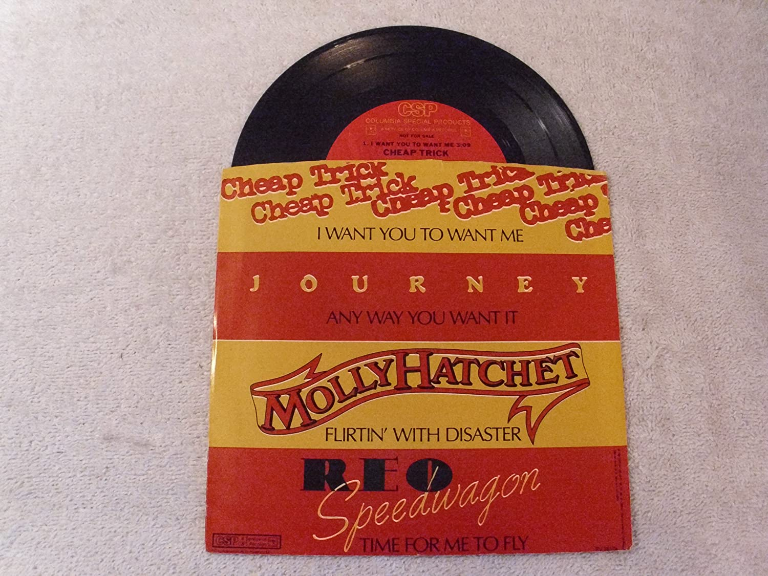 Robinfla 42 months ago
Does anyone remember there being a short lived breakfast cereal made with miniature 100 grand bars sold in the '70's? What more could a kid want for breakfast than candy.
Like Reply Delete