9 minor TV characters that ended up taking over the show

For better or worse, these small roles changed television. 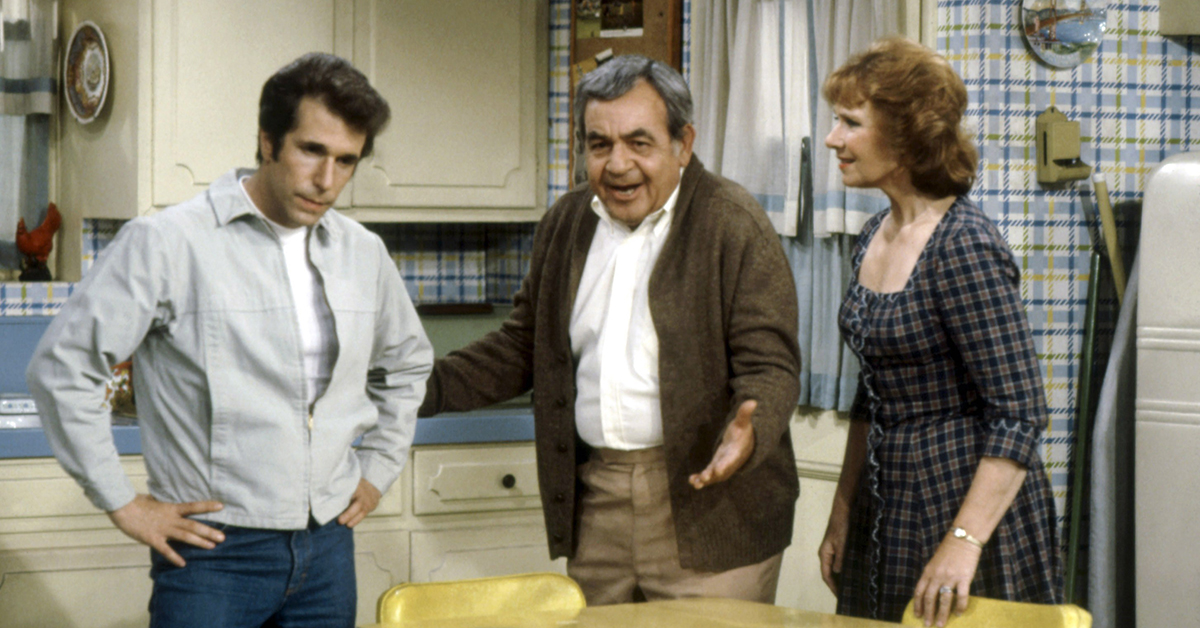 The difference between the premiere of a TV show and its finale is striking. Actors leave, new characters arrive. Sometimes, babies are born, or people die during production.

Many times, minor characters win over audiences and gain a larger part on the show. The Fonz was originally supposed to be a recurring character on Happy Days, and Steve Urkel never appeared in the first few episodes of Family Matters.

What do you think of them? 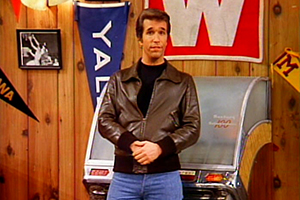 Henry Winkler was originally brought onto the series as a recurring character, but the Fonz's explosive popularity allowed him to become a major part of the series. When Happy Days changed formats in season three, the Fonz was undeniably the star of the show. Ron Howard even claimed TV executives wanted to change the name of the show to Fonzie's Happy Days. 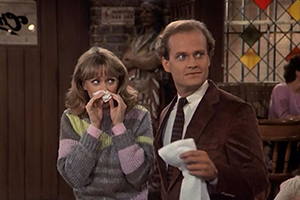 Frasier was only supposed to be on Cheers for a multi-episode arc as Diane's rebound from Sam. The romance didn't last, but the rest is TV history. Frasier stuck around and even received his own massively successful spinoff.

The reverend was only meant to be a one-time character, officiating Latka's wedding during Taxi's first season. The next season, however, Reverend Jim was reintroduced and eventually added to the main cast.

4. Maynard G. Krebs - 'The Many Loves of Dobie Gillis' 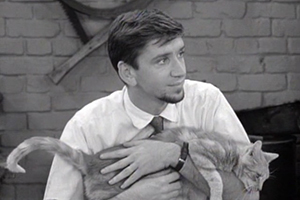 Bob Denver's character was originally supposed to support the show's titular character. But after The Many Loves of Dobie Gillis' first season, and the popularity of Maynard, Denver moved up to become a co-lead alongside Dwane Hickman.

Dorothy's mother was only supposed to be in the pilot episode of The Golden Girls, and the move made sense given the character's age difference from the other women. However, audiences loved the matriarch's blunt nature and wisecracks, and Sophia was written into the show.

It's hard to imagine The Andy Griffith Show without the iconic duo of Andy and Barney, but the latter might not have made it onto the show if not for a phone call by Don Knotts. Before production started, Knotts told Griffith the main character needed a sidekick. Luckily, Griffith agreed, and Knotts eventually won the role. 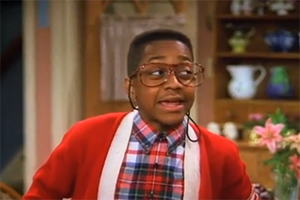 Urkel is perhaps the textbook example of a minor character that took over an entire show. Family Matters was originally about the Winslow family. But when the adorably nerdy (and fan favorite) Urkel showed up during the show's first season, producers took note and centered the show around him. Did he do that? Oh yes he did!

The sweet and caring Elmo ruthlessly took over the children's television staple in the 1990s. That sentence may have been a little harsh, but Elmo's presence has irked fans who grew up with the program in the 1970s and 1980s. First appearing on Sesame Street as "Baby Monster" in 1972, Elmo slowly built a following until 1998, when the character got his own fifteen-minute segment titled "Elmo's World."

To audiences, the eldest Evans kid might have been DY-NO-MITE. But to the rest of the cast, the character's popularity was anything but. Esther Rolle and John Amos left the show due to the character's dominance, with Rolle claiming J.J. was a negative portrayal of the black community. 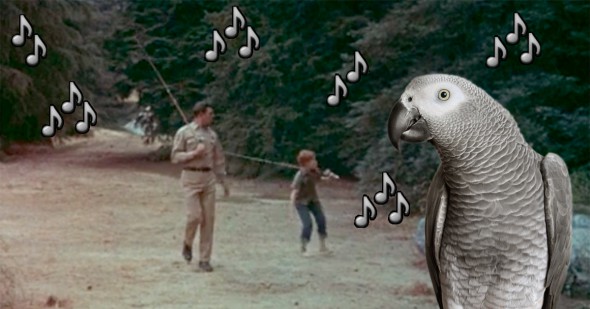 NOSTALGIA
Watch: This awesome parrot learned to whistle 'The Andy Griffith Show' theme song
Are you sure you want to delete this comment?
Close

AndreaZ 29 days ago
Dr. Smith from Lost in Space and, to a lesser extent, Kookie from 77 Sunset Strip also come to mind.
Like Reply Delete

ruswilinc 1 month ago
Totally forgot that idiot Dr. Smith on Lost in Space.
Like (1) Reply Delete

Gary 1 month ago
What people don’t get and still don’t get it. It’s television it’s not real life and don’t take it in that way. If you don’t like a show don’t watch it read a book walk your dog volunteer your time. Heaven knows the world needs people to volunteer.
Like Reply Delete

LittleMissNoName 13 months ago
For better or worse(Elmo), lot of these scene stealing characters are what kept the shows from certain cancellation.

Same deal happened with Uncanny X-Men comics during the 70's. Head writer Chris Claremont hated the Wolverine character and originally planned on writing him out of the book. Canadian artist John Byrne had to stand his ground and talk him out of making what would have been a very costly mistake.

He soon found out from reader mail, the Wolverine was a fan favorite, rivaling tv 's Fonzie in popularity.
Like Reply Delete

RedSamRackham 13 months ago
* Cookie Monster was my favorite Sesame Street character! ☺ Esther Rolle claimed JJ was a negative stereotype yet he was basically a good kid with a positive attitude of life despite living in the projects. I believe the fact was that Esther had an "I'm the star!" attitude & hated being upstaged by popularity of any supporting cast member. John Amos was dropped from the cast for demanding a more realistic portrayal of life in the projects. ♣
Like (2) Reply Delete

wrialhuden 13 months ago
John Amos didn't "leave" Good Times; he was fired by Norman Lear himself and his character killed off in the following season. And Esther Rolle did leave in a later season but was talked into coming back for what would turn out to be the final season. I don't really see how the J.J. character was a "negative portrayal of the black community." Sure he came off as a bit of a clown, but he was a good-hearted character who usually tried to do the right thing. He wasn't involved in gangs (not voluntarily, anyway) or drugs. I'm thinking there may have been some jealousy from John and Esther because J.J. became the breakout character on that show.
Like (2) Reply Delete

Tim 13 months ago
Urkel and Elmo are tied for "Worst Addition To a TV Show Ever."
Like Reply Delete

Amalthea ScotYates 13 months ago
I remember when I was 11, my parents and me taking my little brother to see his first theatre movie. It was a double-bill: "Bambi" and "Gus". Tom Bosley was in "Gus", and all during the movie, every time he came on the screen, a woman sitting behind us would screech to her child, "Look! There's the guy on 'The Fonzie Show'!" "See the guy from 'The Fonzie Show'?" Finally, I turned around and said, "First of all, it's not 'The Fonzie Show'...it's 'Happy Days'. Second...WE KNOW!!!" I thought I'd get in trouble with my parents, but my dad actually had my back.
Like Reply Delete

RJOwles Amalthea 1 month ago
When I was a kid, it was all about the Fonz, although the other characters were important, and when Richie left, it was uninteresting even with the Fonz. I hated the episodes from the first two season when I was a kid. Now that I'm old (and even before I got old), I have come to only watch the first two season's episodes and have come to hate season 3 onward where the Fonz became more of a superhuman cartoon character who battled space aliens with his thumb.
Like (1) Reply Delete

TheFanFromUNCLE ScotYates 1 month ago
Those shows ran a combined 33 seasons. I would love to have even a residual check from those "f-ed up" shows.
Like (1) Reply Delete