9 dangerous toys that prove kids were just tougher before 1990 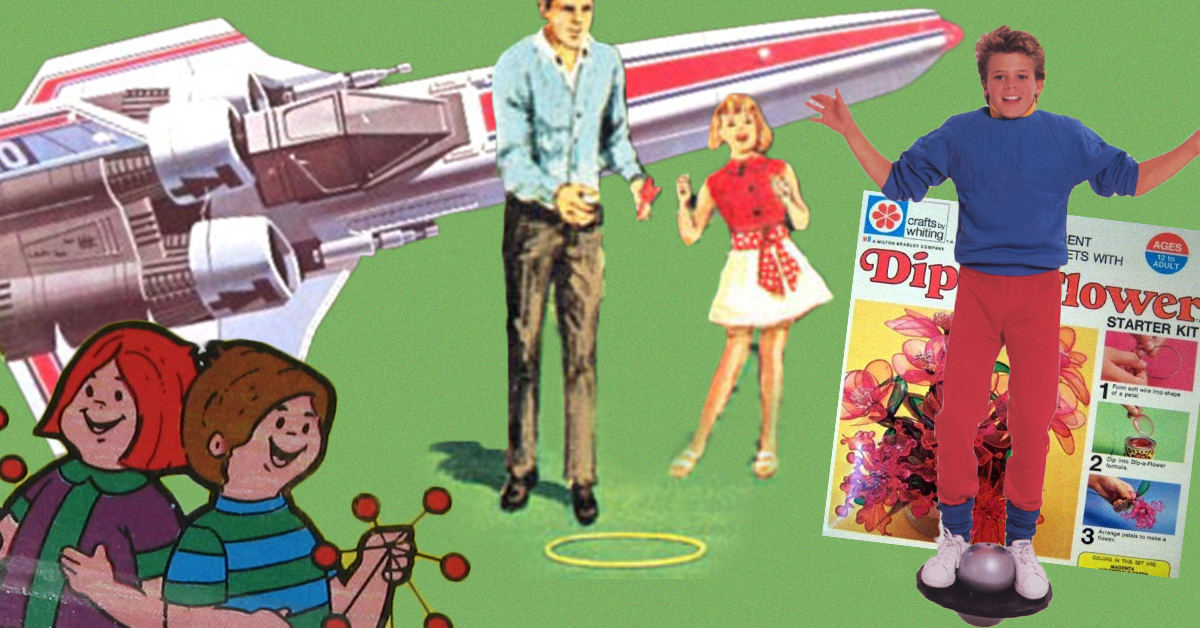 Since the early 1970s, parents have been twitching over the latest toys causing crazes that induce mass hysteria, but potentially endanger their children. Today, the biggest culprit is the fidget spinner, which World Against Toys Causing Harm (W.A.T.C.H.) deemed too dangerous just this summer, along with the shock-inducing hoverboards the the group also strongly disapproves. 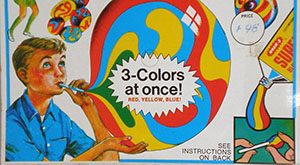 But kids born before 1990 dealt with an array of hazards that modern toymakers have mostly learned to avoid, from shattering glass balls to toxic fumes.

Here, we investigated some of the most popular toys marketed to kids before the 1990s that results in scraped knees, fractured skulls and, unfortunately, sometimes even death. If you survived the toys that tortured kids from these early decades, the evidence gathered below seems to make it crystal clear that kids like you were just made of tougher stuff. 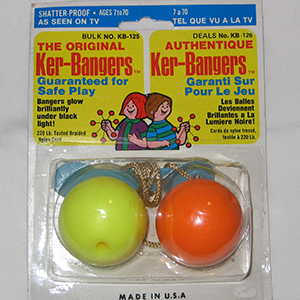 Clackers had a lot of fun nicknames: knockers, click-clacks, bangers, knocker bockers or knicker knackers. But by any name, these 1970s toys were dangerous as heck, especially if you got the original acrylic glass clackers that some kids were either strong enough or intent enough to shatter. It was enough to get the attention of the Society for Prevention of Blindness, who issued their own warning, before a 1973 Consumer Product Safety Commission arrived to deliver the country to the coddling culture that condemned toys like clackers (which are available today in safer wooden, plastic or metal varities) and birthed a generation of nervous parents today. 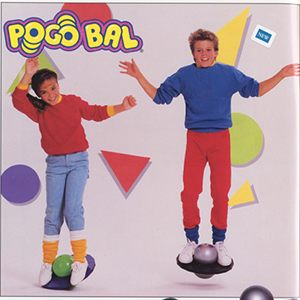 The commercial showed happy kids bouncing on what looked like small rubber planets, with a jingle that deemed them all “Pogo Bal Masters.” The actual truth is the 1987 toy from Hasbro took tremendous balancing skills that sent more kids to the ground than to the sky. That meant that back then, although gym teachers loved them, many moms deemed them way too dangerous. 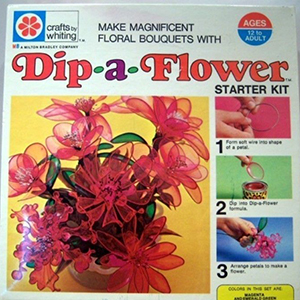 Here’s the thing about Milton Bradley’s 1971 Dip-a-Flower starter kits, which promised crafty kids “magnificent floral bouquets.” These kits are still around today. The only difference is they come with warning labels to wear protective eye gear and thick gloves – and use a respirator. That’s because the resin-mixing process that kids employed was eventually found to be quite toxic. It’s likely the most dizzying floral arrangement '70s kids ever encountered, and that’s saying a lot. 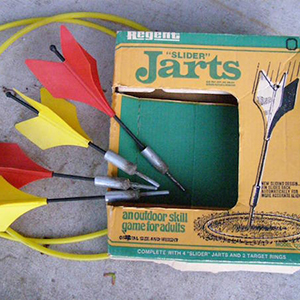 Perhaps the most dangerous toy to terrorize homes everywhere, lawn darts (a.k.a. "Jarts") were approximately a foot long, made of mostly plastic, and featured a blunt metal tip. As kids chucked jarts, though, accidents were frequent. Some say 670 kids visited emergency rooms each year. From minor skull fractures to traumatizing fatalities, the toy was eventually banned throughout the United States in 1988. 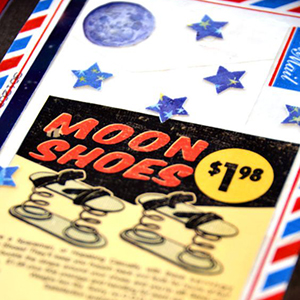 Moon Shoes – sometimes known as Space Shoes or Satellite Jumping Shoes – are the death trap that we just can’t seem to quit. Originally debuting in the 1950s, they were revived again in the 1970s and most popularly (perhaps) in the mid-1990s by Nickelodeon. Whether kids were stepping into a heavy shoe glued to a trampoline-like spring or sinking into a deceptive mesh that sealed your feet in like quick sand., each time meant more ankles snapped. 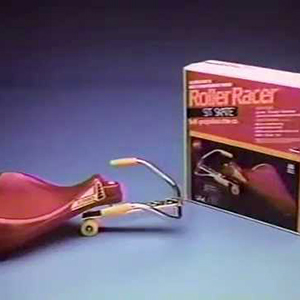 Wham-O’s 1987 Roller Racers were kind of like a skateboard was fashioned into a bicycle seat and given low handlebars with wheels attached to them. The result of having handlebars so close to the wheels whirring on the ground was that kids would often run over their own fingers. There was also the obvious danger that keeping such a low profile made it harder for cars to spot kids whizzing down their streets. Originally conceived in the 1970s as the Flying Turtle, the Roller Racer is still produced today. 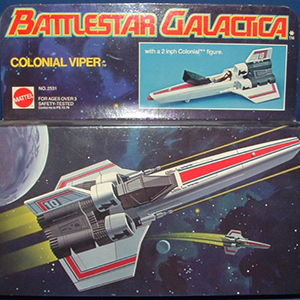 The 1978 original Battlestar Galactica series yielded toys like any successful TV or movie franchise in the day, but the Missile Launcher on the Colonial Viper posed a particular danger in 1979 that led to its ultimate recall. Despite warnings that Mattel later applied to the toy, the temptation to fire the just-over-an-inch-long missiles at friends or siblings proved to be too much. The toy was deemed a choking hazard and pulled from shelves. When the toy returned to stores, the missiles still launched, but they were fashioned to stay in the launcher, which was perhaps less exciting but far more safe. 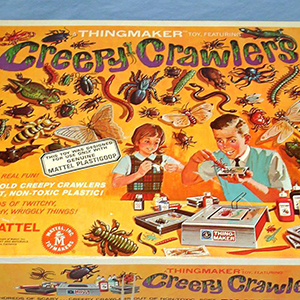 Like the Dip-a-Flower, the main fault kids found with Mattel’s Thing maker Creepy Crawlers from the 1960s was the process by which you made the toy you eventually played with. Only this time, in addition to potentially toxic fumes, the problem was burns and gnarly blisters. The Thing Maker element heated up to 300 degrees Fahrenheit, and many kids scorched their skin in their efforts to make a plastic bug that made your sibling’s skin crawl. A vibe strongly endorsed by the commercial's whispery intro, "Creepy Crawlers, Creepy Crawlers, Creepy ...." 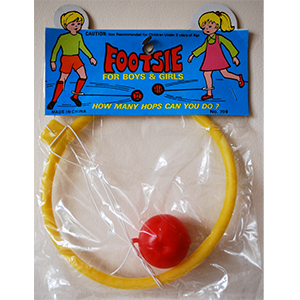 Continuing the trend that it’s the simplest toys that often get ya, the concept behind the popular 1975 Lemon Twist (also called Footsie, Jingle Jump, Skip-a-Roo or Skip-It) has been tripping kids up since the 1930s. The toy had kids tie a rope to their ankles then sort of dance in place, attempting to jump with one foot while the other served as anchor. These dangers were more modest than other reckless inventions of early toy makers, but don’t tell kids still sore over scraped knees on concrete streets that Time celebrated the Skip-It version of the toy among the all-time 100 greatest toys.