Are the castaways on 'Gilligan's Island' the seven deadly sins? Is Spock related to Sherlock? 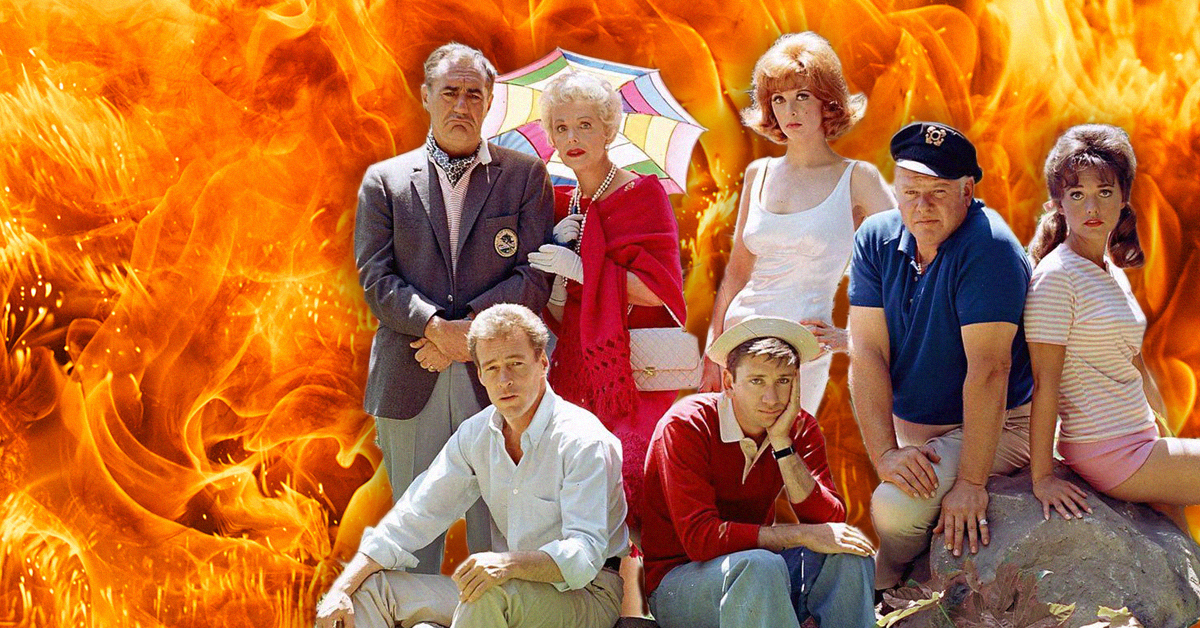 Gilligan's Island is bright, innocent fun, a living cartoon of bold colors, coconuts, slapstick and laugh tracks. Yet some fans have seen a darker message lying underneath. What if it is all an allegory? Maybe, just maybe, Gilligan's Island was the Dante's Inferno of the 1960s?

As far-fetched as that analysis seems, it is quite common on the internet. In fact, the internet being the internet, there is no shortage of conspiracy theories and mind-blowing hypotheses regarding popular television shows. Fans have envisioned fascinating links between series as disparate as Star Trek and The Andy Griffith Show.

Let's dig into some of the more creative fan theories about classic television shows.

1. Spock is related to Sherlock Holmes. 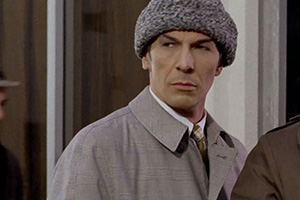 In Star Trek VI: The Undiscovered Country, Spock says, "An ancestor of mine maintained that when you eliminate the impossible, whatever remains, however improbable, must be the truth." The source of that quote? Sherlock Holmes, who uttered the line in the 1890 tale The Sign of the Four. As Spock refers to the speaker as his "ancestor," some fans maintain that his maternal human bloodline can be traced back to Baker Street. The idea is so beloved that J.J. Abrams had Spock repeat the line in the 2009 Star Trek reboot. 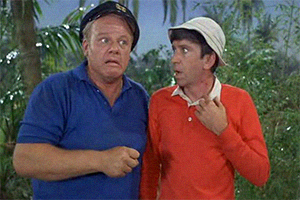 There are many who see the castaways as representatives of the seven deadly sins. Ginger is Lust, obviously, while Mary Ann is pegged as Envy. The know-it-all Professor is Pride, while the rich Thurston Howell stands for Greed. That leaves the Skipper — who could be either Gluttony or Anger — Lovey and Gilligan. Some view Gilligan as Satan, others label him Sloth. Whatever the case, this allegory has merit. It is more of a fact than a mere fan theory. In his 1994 book Inside Gilligan's Island: A Three-Hour Tour Through The Making Of A Television Classic, creator Sherwood Schwartz confirmed this seven deadly sins concept. After pitching the show to CBS, he told his wife, Mildred, "And I'm glad I didn't [tell the network] the Castaways were symbolic of the seven deadly sins." She joked in response, "They probably would have made Billy Graham your technical advisor."

3. 'The Flintstones' and 'Jetsons' take place during the same era. 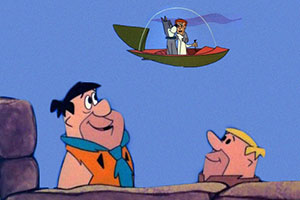 We love this theory. Because of the similarities between the Hanna-Barbera cartoons, a group of cartoon lovers has speculated that the skybound Jetsons are living high above the post-apocalyptic wasteland of the Flintstones on the ground below. Chris Hardwick explored his version of this theory on his Nerdist postcast in 2010 (it begins around the 1 hr., 17 min. mark). "My theory is that The Jetsons predates The Flintstones and that there was some sort of weird robotic takeover and everyone got sent back to the Stone Age." 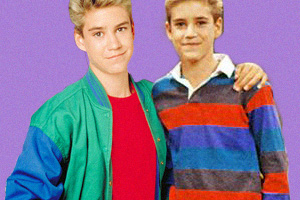 Saved by the Bell began as a Disney Channel sitcom, Good Morning, Miss Bliss. After one season, the show was retooled and moved to NBC. The location was changed from Indiana to sunny Southern California. Some characters — Zack Morris, Lisa Turtle and Screech — made the jump. Others, like Hayley Mills' Miss Bliss, were cut. Zack himself transformed from a dorky boy into the ultimate cool kid. This change in persona and setting has led some fans to postulate that Bayside High is the mere fantasy of a teenage dweeb stuck in the Midwest.

5. 'My Three Sons' is about a serial killer.

Over the course of the sitcom's 12 seasons, many characters disappeared with little explanation. Steven Douglas, the father played by Fred MacMurray, tossed out a line and the issue was dropped. Grandfather Bub went to "visit his mother in Ireland." Mike, the elder brother, "moved east." Robbie went to work on a bridge construction in Peru and vanished for the twelfth season, leaving his young bride and three children with dad. All this led Spy magazine to jokingly speculate in 1987 that Steve Douglas was a serial killer. 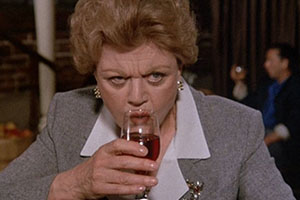 On Murder, She Wrote, Jessica Fletcher sure did stumble upon a lot of corpses in tiny Cabot Cove, Maine, a town with a population around 3,500. This has led to speculation that Fletcher was a serial killer all along.

7. 'The Andy Griffith Show' is a dystopian prequel to 'Star Trek.' 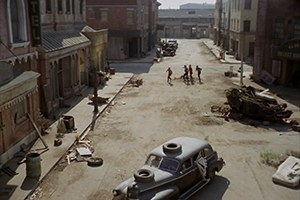 Brace yourself, this one gets pretty geeky. In the early Star Trek episode "Miri," the crew beams down to Mayberry — well, to the same back lot set used on The Andy Griffith Show. The town, easily recognizable as Mayberry, is a postapocalyptic ruin. Additionally, Michael J. Pollard, the actor who played Barney Fife's cousin Virgil appears in "Miri" as the leader of the children. The apocalypse in "Miri" is caused by a disease that kills once a person reaches puberty. The fan theory posits that the peaceful Andy Griffith Show is the peaceful prequel to this scenario, a utopia without war that goes wrong when the government focuses on medicine instead of space travel.

8. The Fresh Prince is dead. 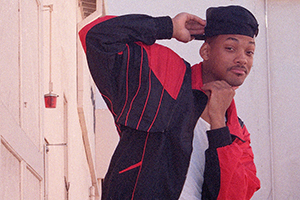 In that memorable theme song to The Fresh Prince of Bel Air, the Fresh Prince encounters "a couple of guys… up to no good… making trouble in my neighborhood." Some have speculated that Will Smith's character died in a fight in Philly and that the entirety of the sitcom is set in the afterlife, with the Banks mansion being heaven. The taxi driver in the "rare" cab who takes him to his "kingdom"? That would be God.

9. Nearly all of television exists inside the head of a boy on 'St. Elsewhere.' 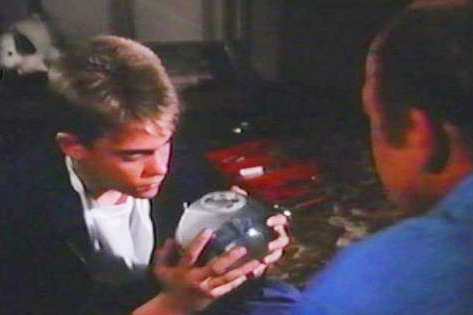 This is the grandaddy of them all. Thousands upon thousands of words can be spent explaining this brilliantly mad theory. But we'll boil it down. In one of the most fascinating series finales of all time, St. Elsewhere ends with the revelation that all the drama might have been the mere imagination of an autistic boy named Tommy Westphall, who holds a snow globe containing a miniature model of St. Eligius hospital. Thus, any television show related to St. Elsewhere — and any show related to that show, and so on and so on — is part of the fantasy. Thanks to crossovers, shared sets and other minor references, a huge chunk of television thus can be said to take place in this same universe. The Tommy Westphall universe is now a sprawl that contains everything from The Dick Van Dyke Show to American Horror Story. This diagram of the universe will blow your mind.