Ever wonder what 'The Andy Griffith Show' would look like in the post-apocalypse? 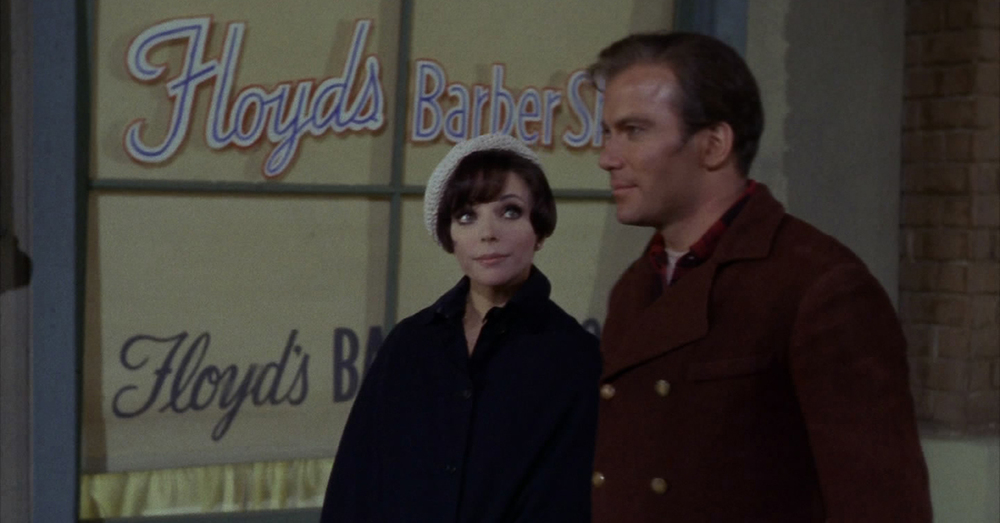 Star Trek was anything but cheap. The first pilot for NBC, "The Cage," racked up quite a bill.  It cost $630,000, the most expensive total for a pilot at that point. That production value is part of what makes the sci-fi series hold up so well — timeless, really.

Still, that is not to say the producers weren't thrifty. Props were reused, like the Nomad robot from "The Changeling," which returned in later episodes, recycled as both another robot (M4) and a Romulan cloaking device. A Desilu Productions work, Star Trek also made frequent use of the company's Forty Acres backlot. The idyllic downtown on the lot was most famous as being the fictional town of Mayberry. Thanks to this, we are left with some shots of Kirk and Spock wandering in the footsteps of Andy and Don. It's the stuff of fan fiction.

"Miri," on the other hand, gives us a glimpse of what Mayberry might look like in the post-apocalypse. This shot of the dilapidated Bartlett Stables in "Miri" shows what was once the stomping ground of Opie. Check out a shot by shot comparison.

Another notable structure is Walker's Drugstore. 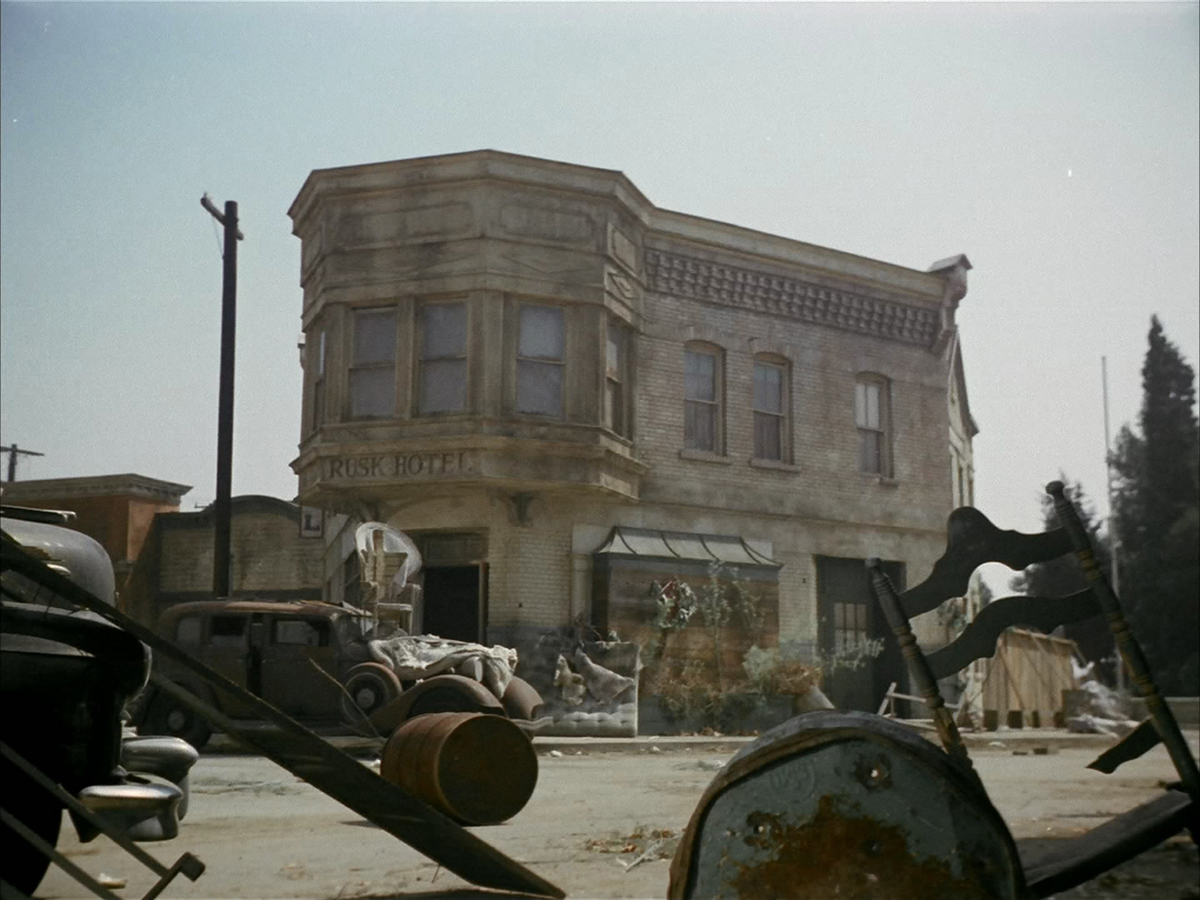 The Enterprise crew explores all over this eerie Mayberry. 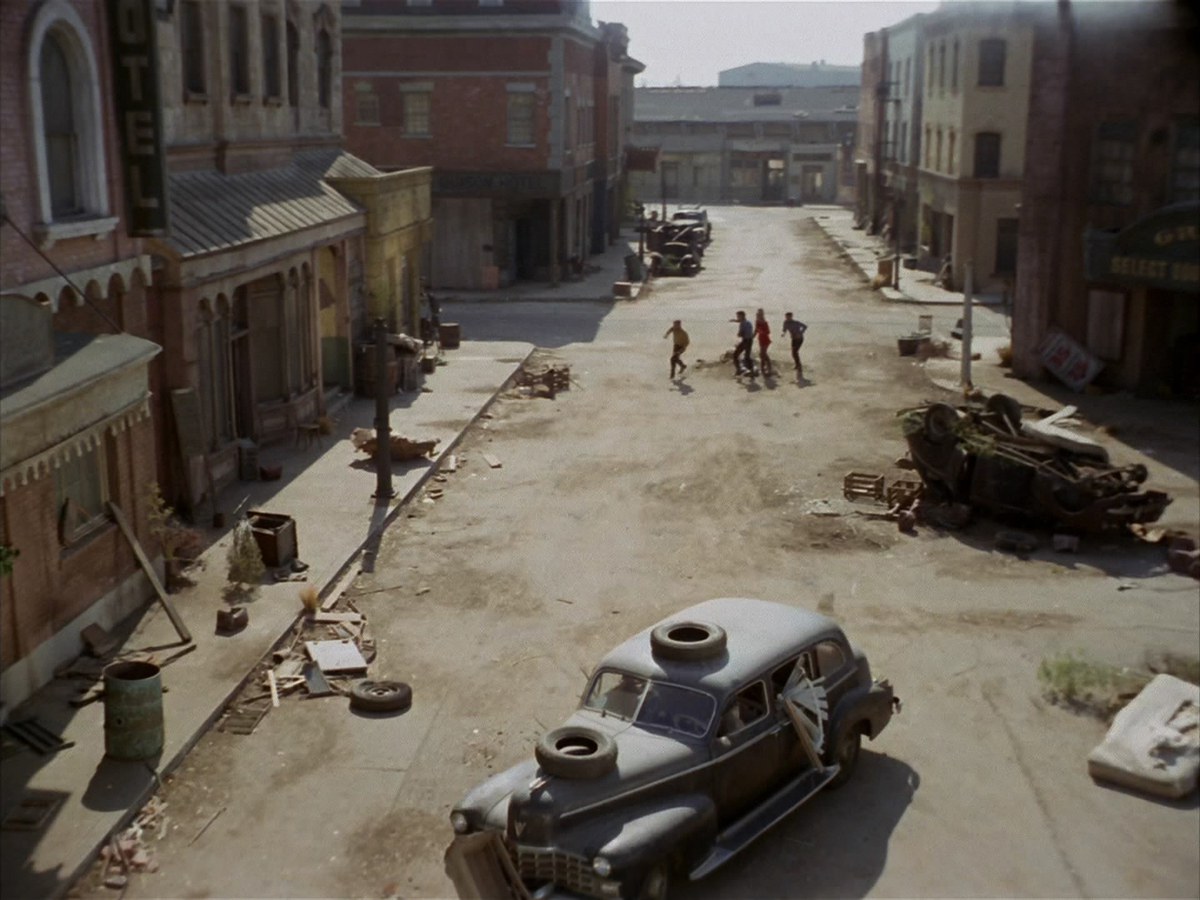 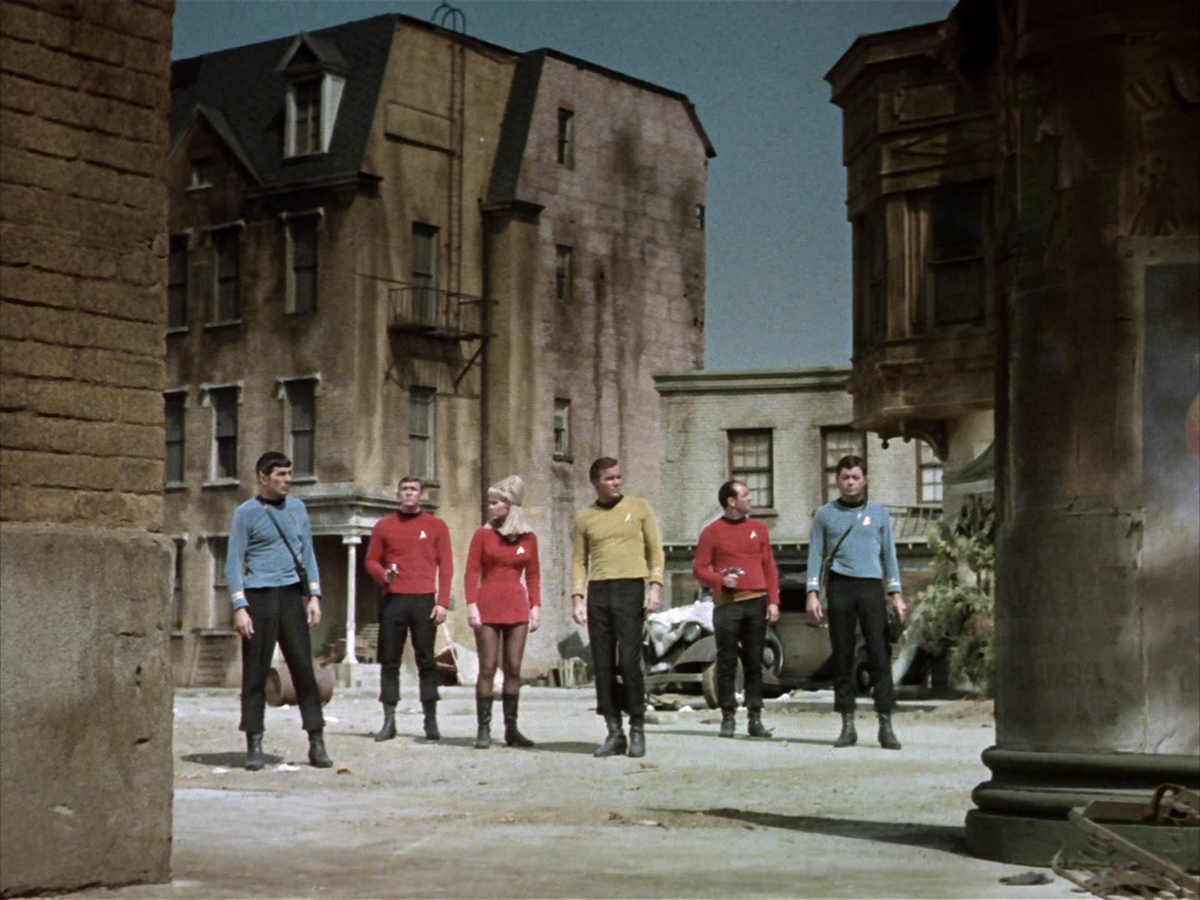 "Miri" is scheduled to air on MeTV on November 14. Andy Griffith fans will want to set the DVRs on record. The town is in better shape in "The City on the Edge of Forever," as you can see as Kirk and Spock explore. 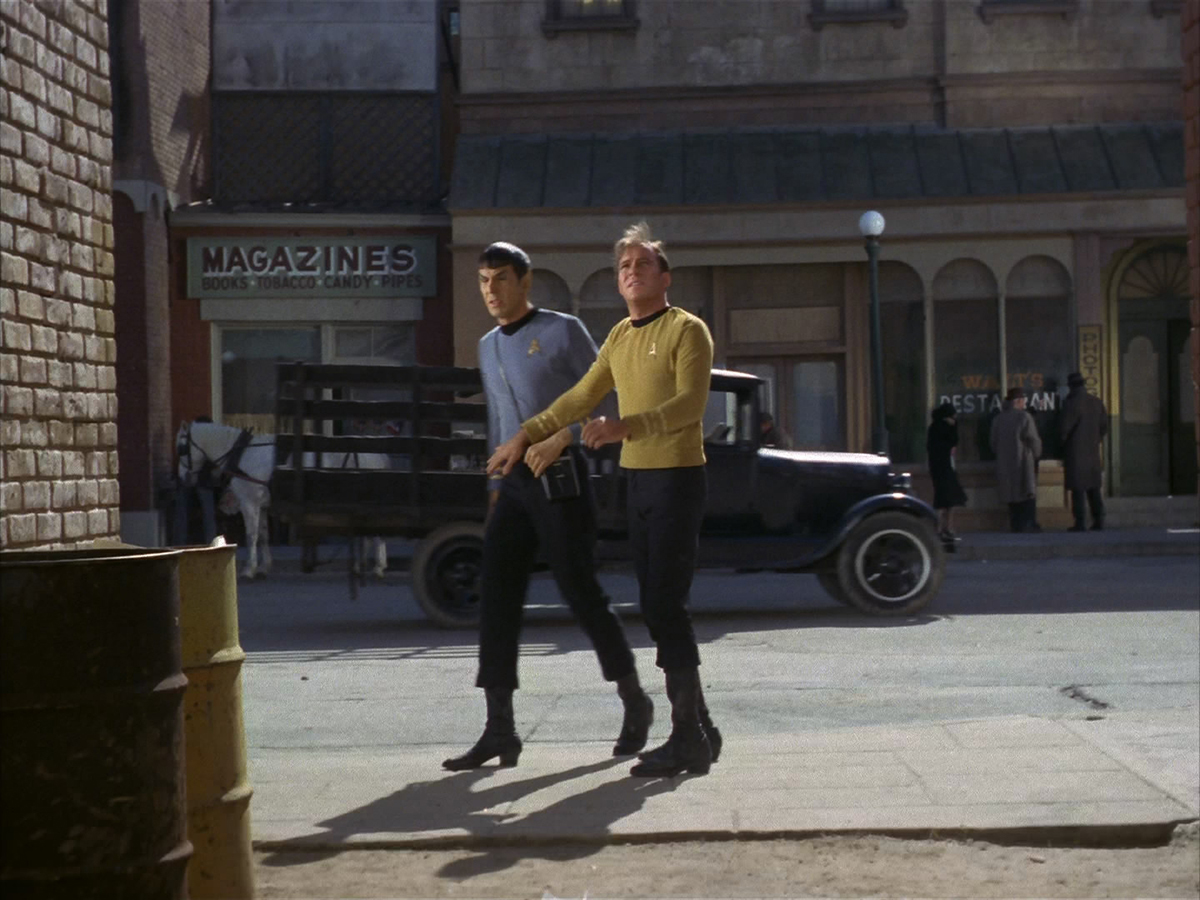 Of course, Forty Acres being a Hollywood facility, the location was used in many other shows and movies. You can even spot it in other MeTV Super Sci-Fi Saturday Night series. Check out the Batmobile whipping through Mayberry. 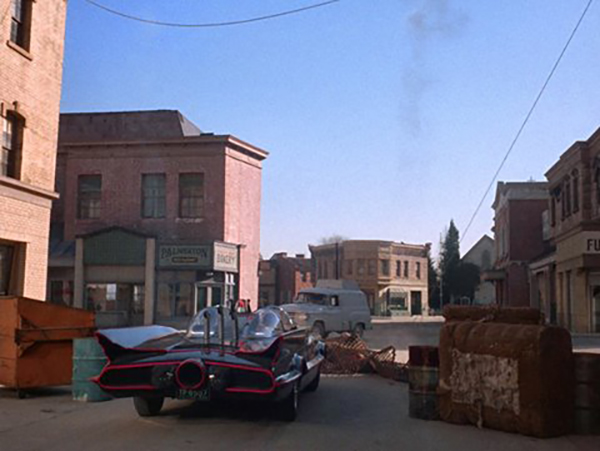 Life Magazine has more fascinating behind-the-scenes shots of the Batman cast and crew hanging around Mayberry.