It seemed like everyone had a pair of Earth shoes. 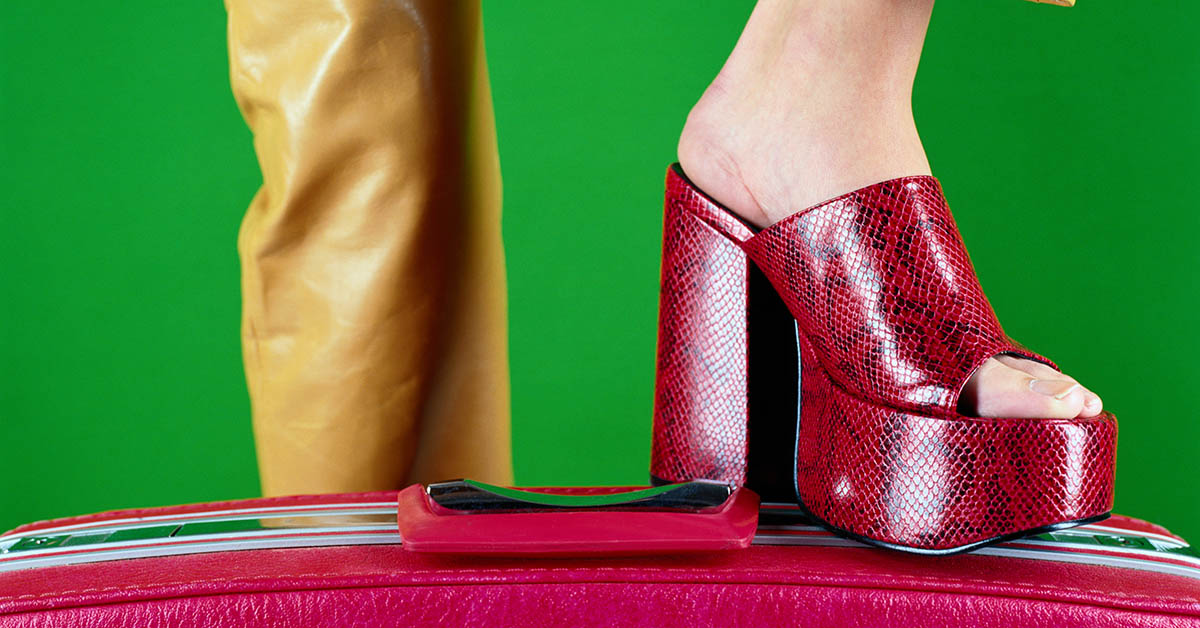 Footwear has been around since the beginning of time, but it didn't get interesting until the 1970s rolled around. Shoes were brought to new heights with taller heels, higher boots and platforms. The "go green" trend even spawned its own footwear too.

But the new heights reached in 1970s footwear didn't mean we forgot the past, as old trends came back into style. Yes, the '70s were a creative time for fashion, and footwear is no exception. Did you own a nice pair of cowboy boots back then? 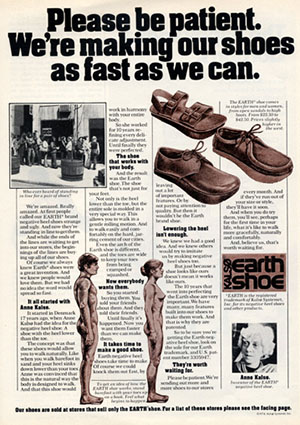 These weren't the most attractive shoes, but they sure were popular! The Scandinavian imports made the soles of the shoe thicker than the heel, which the Kalso Earth Shoe company called "negative heel technology."

The brand was so popular, the company couldn't keep up with demand and discontinued the shoe in the late '70s. However, the shoes recently reemerged and can be found online. 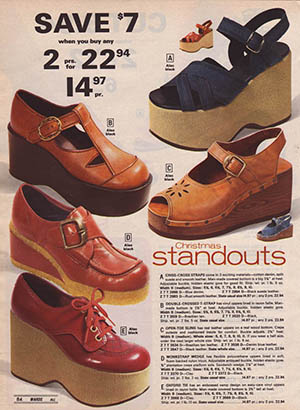 When it came to shoes in the '70s, it motto was seemingly "the bigger the better." Platform shoes raised the shoe game to new heights by having incredibly thick soles.

And don't act like these shoes were just for women. Men who wanted extra height wore these too. Just ask John Travolta. 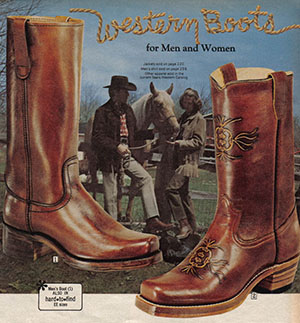 Street style may have taken over the fashion world in the 1970s, but so did a trend from the desert. Cowboy boots completed the western look that many people strived to achieve. With country artists like Dolly Parton and Kenny Rogers crossing over to mainstream music, everyone wanted a little piece of country living. 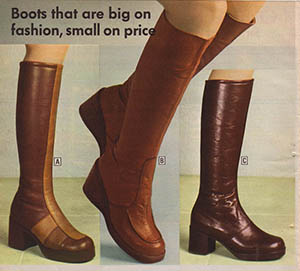 Go-go boots became popular in the 1960s, but the sky-high footwear really went mainstream in the 1970s. More practical versions were sold in catalogs, but they could still get eccentric too. Case in point: pairing go-go boots with a platform heel. 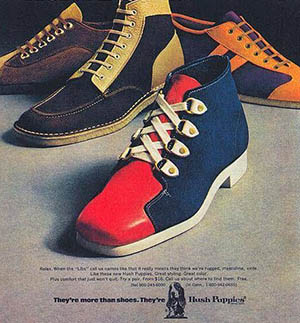 People looking to express themselves had a new outlet in the 1970s: two-tone shoes. We're not talking about two different tones of brown leather, we're talking two bright colors paired together to draw people's eyes to your new pair of kicks. 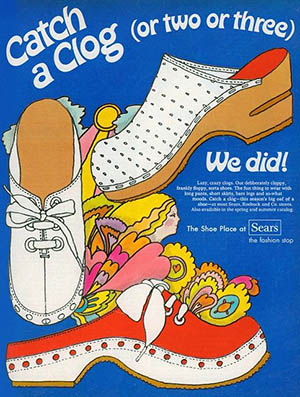 Clogs were another fashion import from Scandinavia that became big in the 1970s. Men and women alike added their own 70s flair to the traditional wooden shoe that dates back hundreds of years. 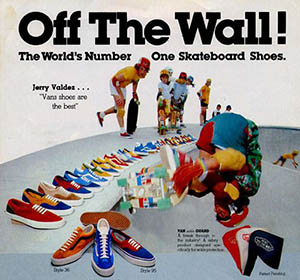 You didn't have to be a skateboarder to wear this shoe. Vans were invented in California in 1966, but took off in the 1970s. The flat skateboarding shoes were notable for their colorful patterns and strong soles.

Even if you didn't have a pair of Vans, you most definitely had a pair of gym shoes. For the first time, athletic shoes were acceptable to wear outside of the gym. 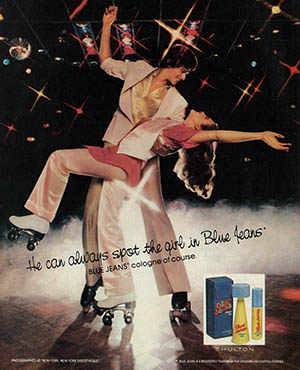 Okay, so these aren't shoes you would wear to work, but we couldn't leave these off the list! Had you ever had so much fun with shoes before donning a pair of these?

Roller skates were a great way to socialize, exercise and bust a move. They were even relevant in pop culture, with songs like Melanie's "Brand New Key" and movies like Xanadu.

jconrad 16 months ago
What about Hush Puppies, Keds and Buster Browns?
Like Reply Delete

Waltham, Mass, December 21, 2018 – It’s been a long time. Too long, many consumers would say. But that’s only stoked the demand. Today Earth, Inc. announced the release of the Iconic Capsule Collection from Earth Kalsø, remakes of the original Kalso styles that became an icon for a generation.

“People have been asking us for years to bring back the styles that became synonymous with comfort and wellness in the 1970s,” says Philippe Meynard, president of Earth, Inc. “Some are loyalists from back in the day, but many are Millennials who’ve seen the shoes in vintage photos. We’ve got good news for everybody!”

The Capsule Collection to be released in February 2019 will feature three styles, two for women and one in both men’s and women’s sizes. The look is pure nostalgia, with clean lines and premium leathers, while the technology inside has been updated with modern, environmentally sustainable materials and the company’s signature comfort system.

“The heart is in the same place, but in fifty years footwear has come a long way,” explains Meynard. “The collection features a new and improved Powerpath Footbed Design made with technically advanced materials.”

But does it have the iconic negative heel?

“Of course!” says Meynard. “We’re calling it a Grounded Heel, and it delivers the same feel and even more comfort than the original that was developed by Anne Kalsø in Denmark in the late 1950s. This is going to make a lot of people very, very happy.”

One look at the Kalsø Facebook page confirms Meynard’s prediction. Countless comments like, “I miss these shoes!”, “Please make a classic line” and “Bring back the old design!!” make it clear that the demand is there.

Just in time for the Iconic Capsule Collection comes a new Kalsø website, where consumers can find the three iconic styles, along with a heavy hit of nostalgia from 1970s photos.

“Earth Kalsø a nostalgic brand, but also a very modern one,” concludes Meynard. “It’s for everyone who appreciates feeling great.”

idkwut2use 28 months ago
Omg, I love/have #2-7! And I have roller blades; used to have skates. ^p^
Like Reply Delete