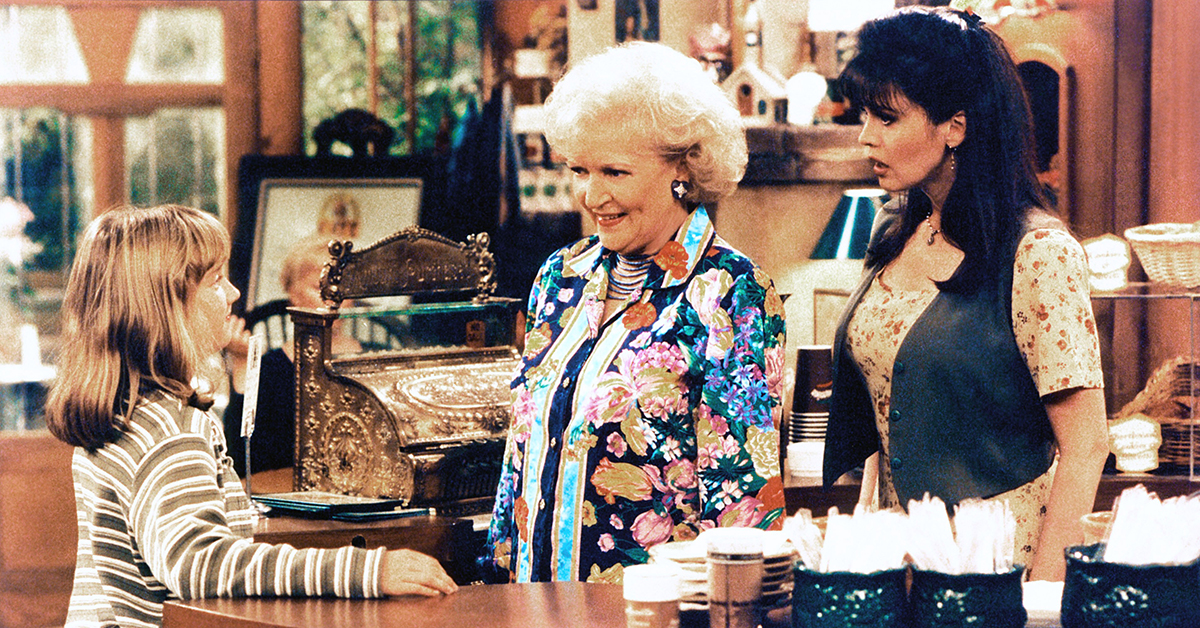 Betty White has been around since the inception of television. In fact, the living legend made her television debut in 1939 by participating in an experimental broadcast in Los Angeles.

Since then, White has gone on to portray some of the most iconic roles of all time, including Sue Ann Nivens on The Mary Tyler Moore Show, Ellen Harper Jackson on Mama's Family and Rose Nylund on The Golden Girls.

With such a storied career, it's hard to honor every single role White has had throughout the years. Believe us, there's been a lot!

Here's a look back at some of her most overlooked roles. We bet you've never heard of Vickie Angel! 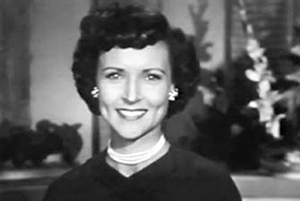 After Life with Elizabeth in the early 1950s, White's second big television role came as Vickie Angel on the sitcom Date with the Angels, which ran for one season in 1957. The series wasn't a major stetch for the time, revolving around a husband and wife and the various situations they get themselves into.

However, White wasn't a fan of the show's sponsor, Plymouth Cars, saying, "That was the only time I have ever wanted to get out of a show." Plymouth phased out the show's dream sequences because they thought fantasy didn't work well on TV, which didn't set well with White. 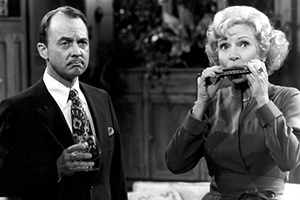 White made guest appearances throughout the '60s, but finally received her own show after the success of Mary Tyler Moore. On The Betty White Show, White played Joyce Whitman, an actress who lands her dream role only to find out her ex husband is directing the project. The Betty White Show only lasted one season in 1977 due to stiff competition from Monday Night Football. 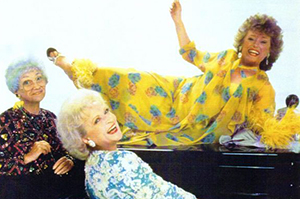 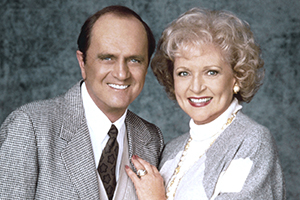 Right after The Golden Palace was canceled, White jumped to Bob, another one of Bob Newhart's eponymous sitcoms. The actress had a starring role as Sylvia Schmidt during the show's second season, acting as Bob's new boss. However, the part was brief, as Bob was canceled five episodes after White's introduction. Yes, the early 1990s were rough for White. 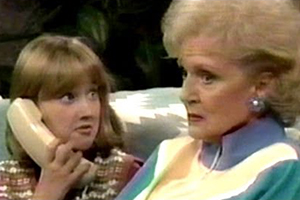 In a cruel play on words, White starred in Maybe This Time not long after The Golden Palace and Bob proved to be unsuccessful. In the sitcom, White plays Shirley, a bakery owner whose daughter just so happens to be portrayed by Marie Osmond. The time wasn't right for Maybe This Time, and the series was canceled after (you guessed it) one season. The sitcom was also the first U.S. role for British talk show host Craig Ferguson. 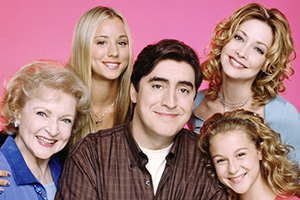 Never one to give up after a string of losses, White continued with her television career by signing onto the sitcom Ladies Man in 1999. White plays Mitzi Stiles, just one of many women living under the same roof as her son Jimmy Stiles. The series featured a young Kaley Cuoco, who now appears in The Big Bang Theory. 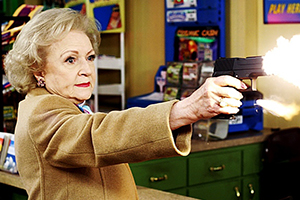 Well into her 80s by the time Boston Legal premiered in 2004, White picked up a recurring role as Catherine Piper on The Practice spinoff. Proving that White just gets sassier with age, the slick-talking Piper had a plethora of roles on the show, from one of the character's assistants to the law firm's sandwich lady.

8. 'The Bold and the Beautiful' 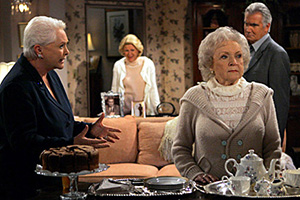 The Bold and the Beautiful has run more than 7,000 episodes since its debut in 1987, so 23 episodes is just a drop in the bucket. But from 2006 to 2009, White signed onto the soap opera to appear as Ann Douglas, the grandmother of Ridge Forrester. Aside from her starring role as Elka in Hot in Cleveland, this was White's last recurring role on a television series. 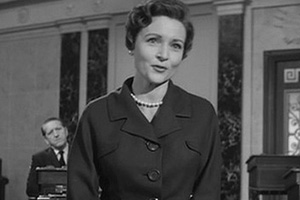 With such an impressive career, there's got to be a few things you didn't know about Betty White. Check them out here.

KMT6600 1 month ago
It's hard to believe that a most beloved actor as she is . has been she never gave up on so many shows .good for her ! I love that woman xo xo
Like Reply Delete