See Marshal Matt Dillon of 'Gunsmoke' fame like you never have before. 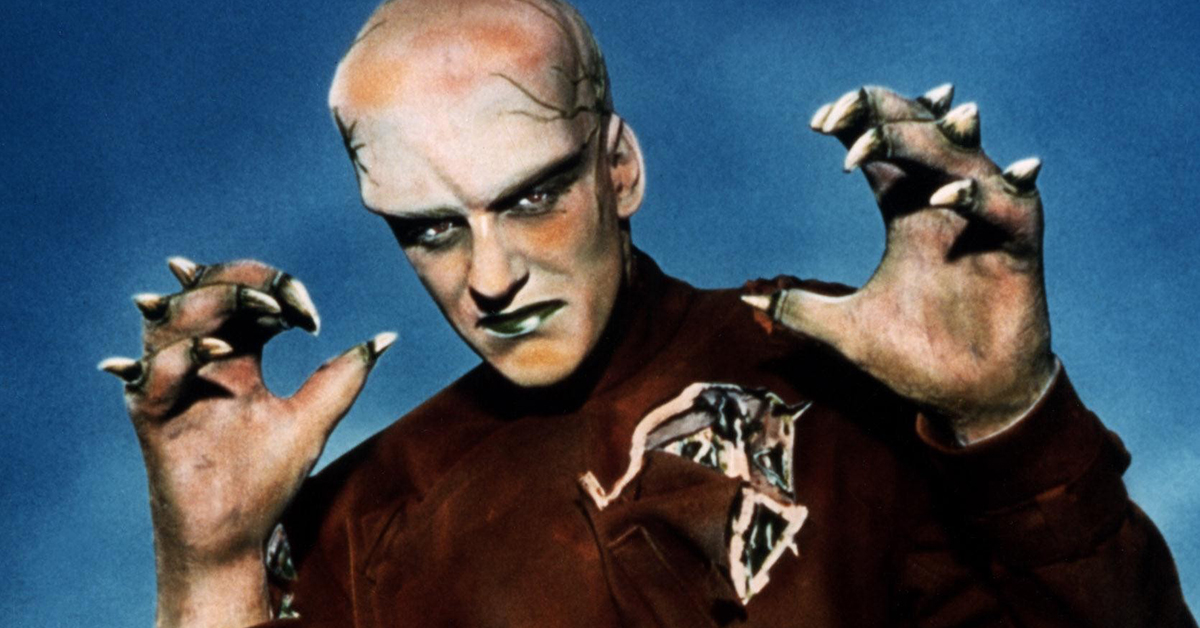 For 20 years on television's Gunsmoke, whenever rustling, gunfights or brawling ruffled the feathers of Dodge City, Marshal Matt Dillon was there to restore law and order to the frontier town.

And it was the 6' 7" frame of the hardy James Arness that gave the Gunsmoke lawman a towering presence. Remarkably, by the time he had hung up his holster for good, Arness had played the iconic marshal across five decades (more on that below).

But there is more to the actor than his impressive run as Marshal Matt Dillon. Here are eight facts about James Arness you may not have known.

1. Peter Graves is his younger brother. 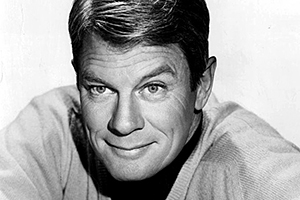 Jim Phelps of Mission: Impossible and Captain Clarence Oveur of the Airplane films also is an Arness — well, actually an "Aurness." While James dropped the "u" for his stage name, his brother, Peter, used the maternal family name, "Graves," for his stage moniker.

2. He served as a rifleman during World War II. 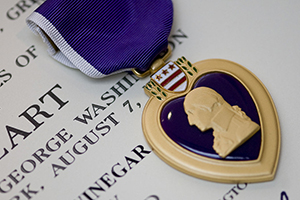 Arness joined the war effort after high school and became a rifleman with the U.S. 3rd Infantry Division. In 1944, he was severely wounded during Operation Shingle in Anzio, Italy. After undergoing several surgeries, Arness was honorably discharged on January 29, 1945. Among his decorations are the Bronze Star Medal, the Purple Heart, the European-African-Middle Eastern Campaign Medal, the World War II Victory Medal and the Combat Infantryman Badge.

3. He acted with Loretta Young in his first film. 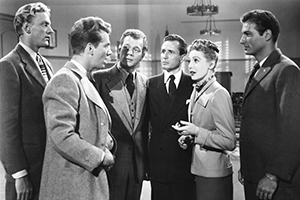 After his discharge from the Army, Arness worked as a radio announcer in Minneapolis for a spell before hitchhiking his way to Hollywood. He got his acting start with RKO Pictures, and his first film role was in 1947's The Farmer's Daughter, in which he played the brother of Loretta Young's character. 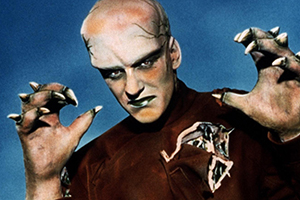 Though he is synonymous with Marshal Matt Dillon, Arness appeared in two classic science fiction films early on in his career: The Thing From Another World (1951) and Them! (1954). In The Thing, the 6' 7" actor was a perfect fit for the titular "thing," a murderous alien that wreaks havoc on a North Pole scientific outpost. Of course, Arness is heavily made-up and unrecognizable as the honest do-gooder he would soon become.

5. He was good friends with John Wayne. 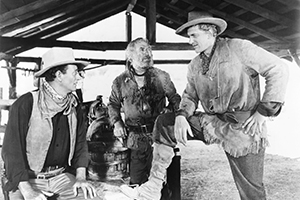 The screen tough guys were good friends in real life and Arness co-starred with Wayne in Big Jim McLain (1952), Hondo (1953), Island in the Sky (1953) and The Sea Chase (1955). John Wayne even recommended that Arness star in Gunsmoke and introduces his friend in a prologue to the first episode of the series. 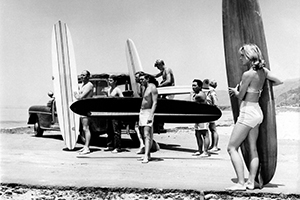 Surfing: not just for beach bums. The towering Gunsmoke marshal was called to the waves at San Onofre Surf Beach and enjoyed hanging ten. The sport ran in the family. The goofy-foot's son, Rolf, won the 1970 World Surfing Championships. 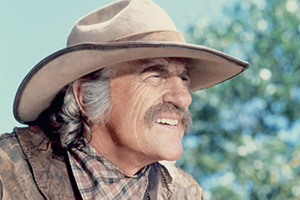 While American audiences will forever know Arness as Marshal Matt Dillon, the actor reached cult status in Europe as Zeb Macahan in How the West Was Won. The late-'70s Western television series found its audience in Europe and was rebroadcast many times on networks in France, Germany, Italy and Sweden. 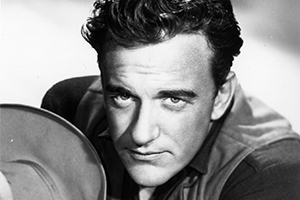 Having kept law and order in Dodge City for 20 years on television's Gunsmoke (1955 to 1975), Arness later reprised his most famous role for television film Gunsmoke: Return to Dodge (1987) as well as for four other Gunsmoke made-for-television films during the 1990s.

plasater 15 months ago
I knew Peter Graves was his brother. If you close your eyes and listen to Peter, you will hear James!