Charles M. Schulz created a world so many of us loved to be in. We've learned a lot more than we realize from the Peanuts creator.

He taught us how to be grateful each Christmas, thankful on Thanksgiving and many other life lessons during his incredibly successful career.

Charlie Brown, Peppermint Patty, Lucy, Pigpen and Snoopy, too, have all become household favorites since the first comic strip in 1950.

To help celebrate Charles Schulz's 100th birthday, let's learn a little bit about the man that built a world out of wholesome, comical and strange characters.

Cheers to you Schulz! Here are eight interesting and surprising facts about the man himself.

1. Charles Schulz and Charlie Brown have a lot in common 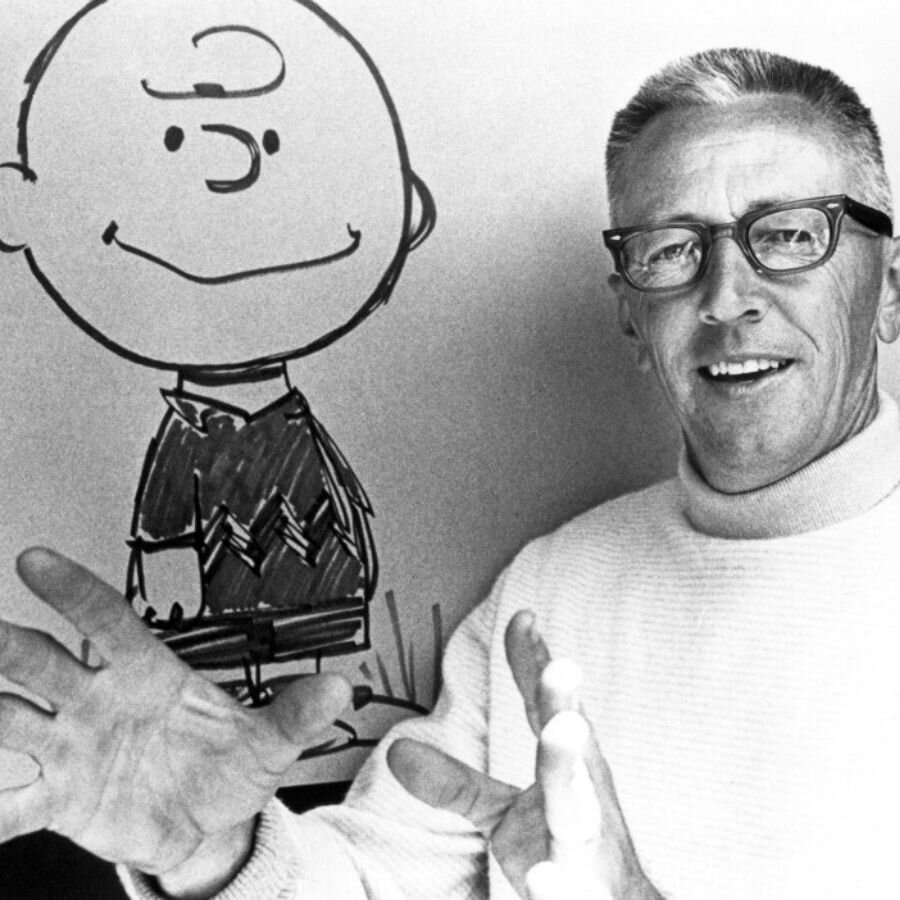 They say "write what you know," and in this case Charles Schulz drew what he knew. Schulz and Charlie Brown have a couple core things in common, making it even more special to see Charlie Brown come to light.

Schulz's father was a barber and his mother was a housewife, just like Charlie Brown. Plus, he was the youngest person in his class at Central High School. Schulz was famously shy and nervous, much like the comic strip character he created.

Next time you watch the Peanuts, think about how a little piece of the creator will forever stay with the all-time favorite, Charlie Brown.

2. Charles Schulz nickname was based on a comic strip 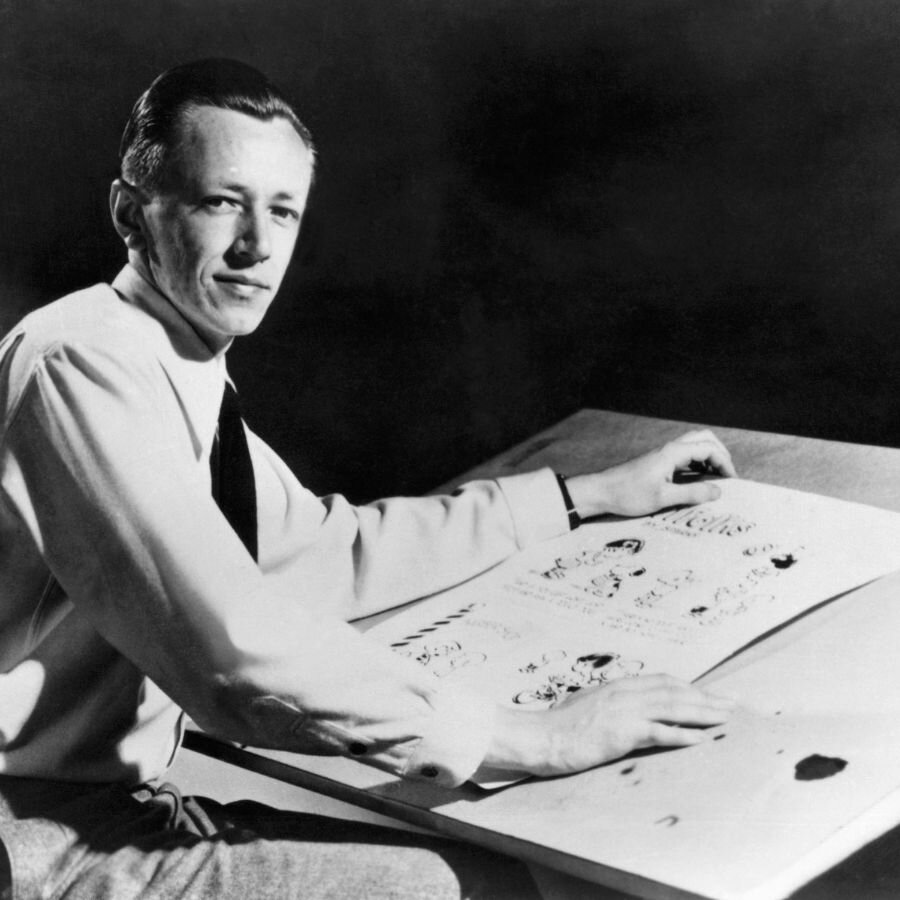 Schulz's childhood nickname, Sparky, was given to him by his uncle. It refers to the race horse in his favorite comic strip. The horse named Spark Plug was featured in the comic strip Barney Google by Billy DeBeck.

We like to believe it destined him to become one of the most famous artists in history. 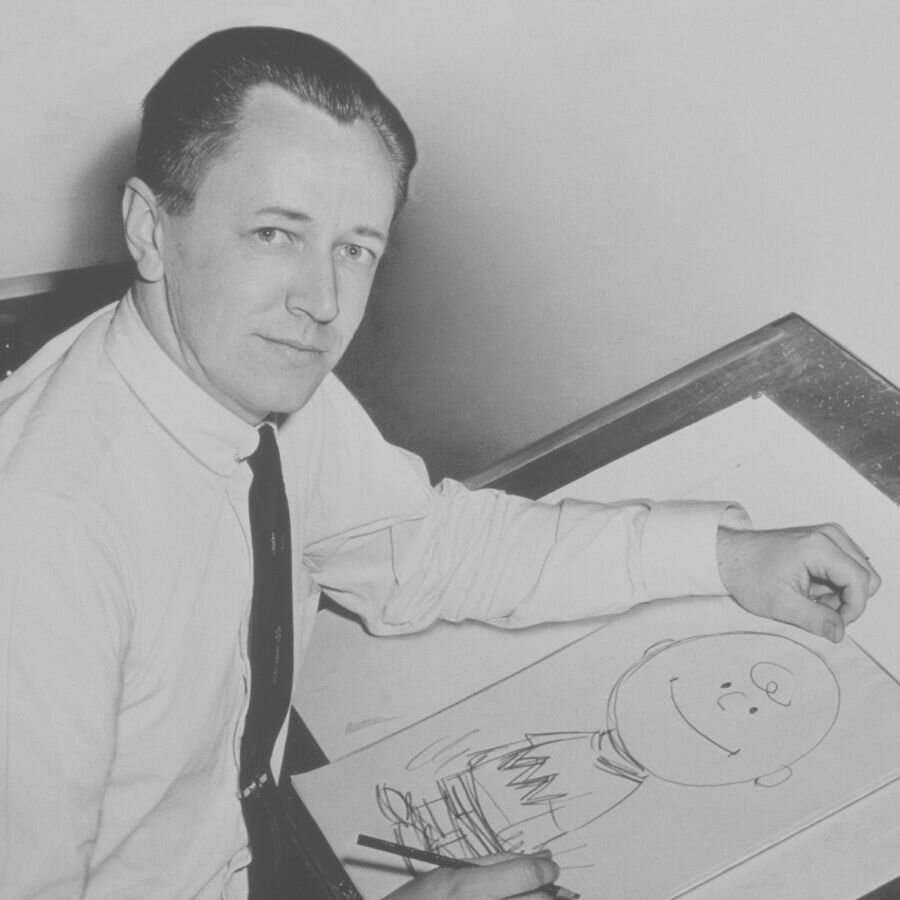 In 1943, Schulz was drafted into the United States Army. He served as a staff sergeant and part of the 20th Armored Infantry Division.

The group was involved in the liberation of Germany's Dachau concentration camp. 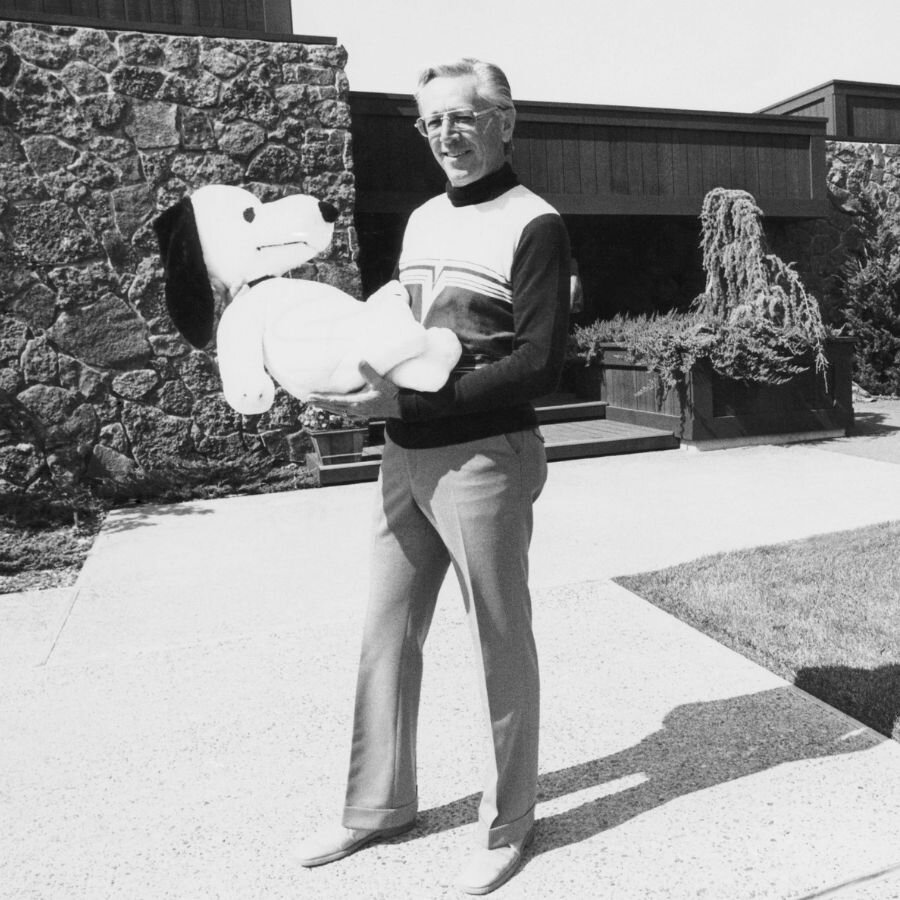 Schulz originally wanted one of the key members of the Peanuts family to have another name! He wanted Snoopy to have the name "Sniffy." He changed course after realizing that "Sniffy," had already been used in another comic strip.

The name Snoopy came after remembering his late mother. She once said if they ever got a dog, they'd name it Snoopy. Whether they ended up with a real dog or not, Snoopy was all they needed. 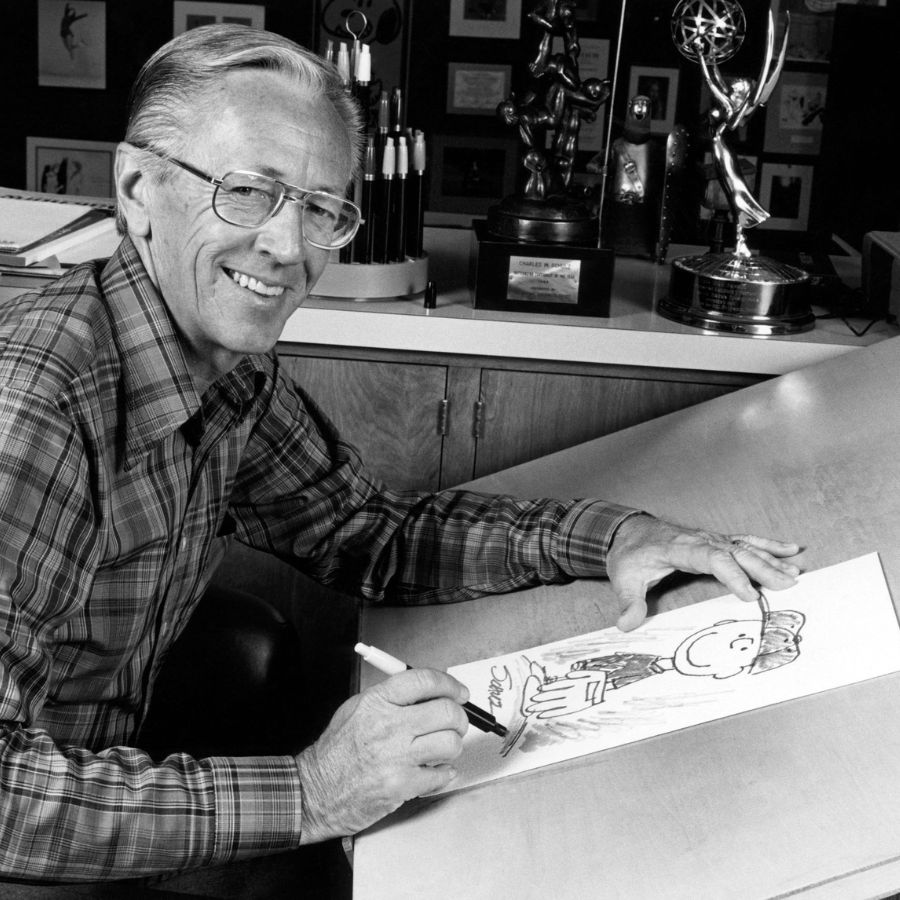 Schulz's involvement with the space program began a year earlier than the 1969 flight of Apollo 10 when he was approached by NASA with a request to use Snoopy as their safety mascot. The Silver Snoopy Award Program began to improve the safety record of NASA employees.

The Apollo 10 command module was also named after Charlie Brown. He made his impact on both land and space. Talk about a multi-talented man!

6. Schulz used his family and friends as inspirations 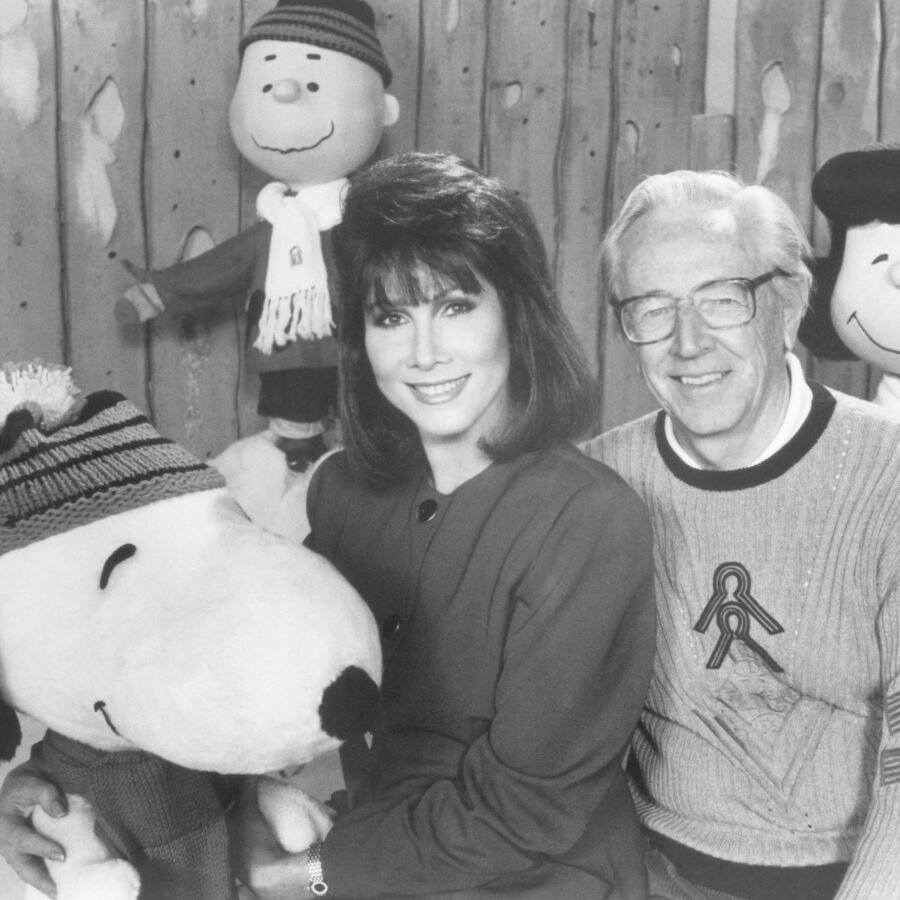 Linus and Shermy were named after Schulz's two good friends. He also took influence from his relatives. The character Peppermint Patty, was inspired by Patricia Swanson, one of Schulz's cousins. He came up with the name after he saw peppermint candies in her house.

He even based a character on his ex. The character of Little Red-Haired Girl was based on a woman and love interest in Schulz's life.

7. Charles Schulz originally hated the name of the cartoon 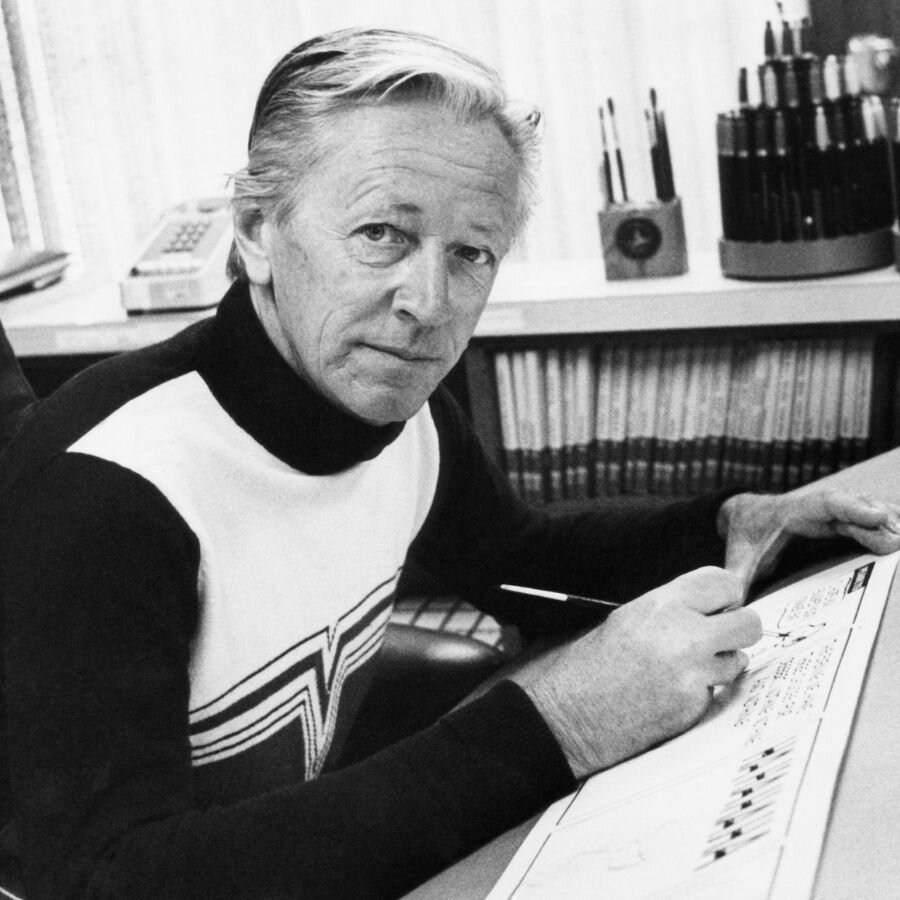 In 1950, Schulz went to the United Feature Syndicate with his comic strip, originally titled, Lil' Folks.

The syndicated accepted his work but wanted a name change. They settled on the name Peanuts after the peanut gallery featured in the Howdy Doody TV show.

8. Schulz created one of the longest stories ever told 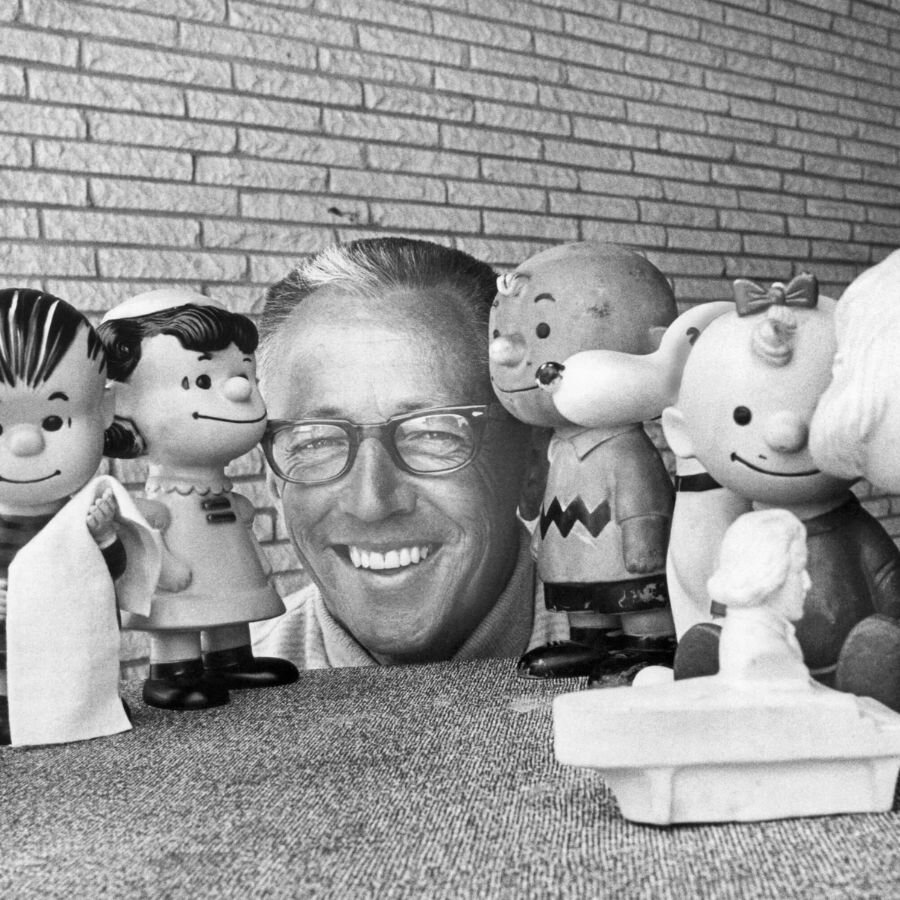 In total, Schulz produced around 17,897 published comic strips from 1950 to 2000, with reruns continuing after.

At the height of his career the Peanuts comic strip was published in 75 different countries and in 21 different languages.

Schulz has been with us for almost 100 years, and his work continues to be a favorite for many people, both young and old. 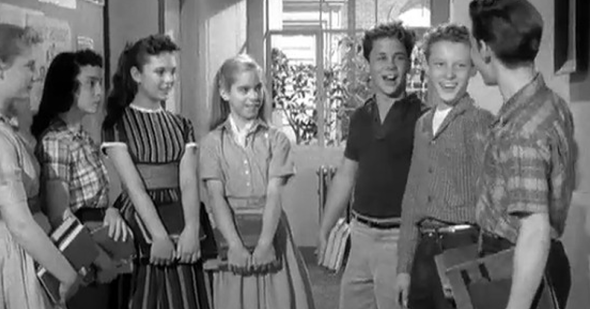 6 popular slang terms used by teens in the '60s 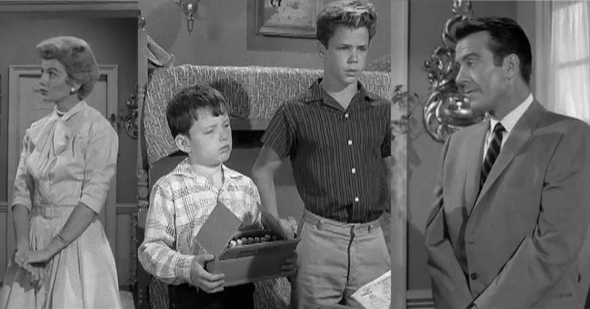 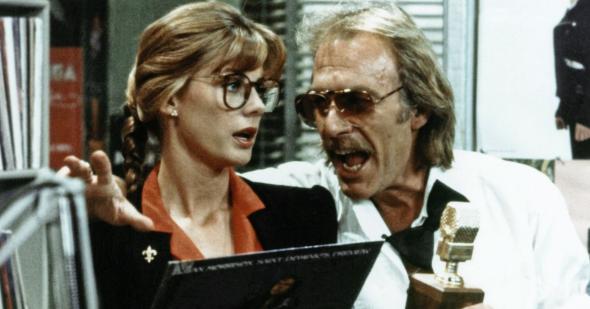 WKRP in CincinnatiHoliday TVA Very Merry MeTVThanksgivingFun FactsDid you know?
7 interesting facts about WKRP in Cincinnati's "Turkeys Away," episode
Are you sure you want to delete this comment?
Close

Wgomez 2 months ago
I have great memories of watching charlie brown cartoons with my family. Thank you Mr. Schulz.
Like Reply Delete

MichaelSkaggs 2 months ago
Thank goodness we have the classics running in our newspaper. We can catch up on the years before they began running them.
Like Reply Delete

15inchBlackandWhite 2 months ago
Schultz was an avid hockey fan and played in an adult men's league into his 80's.
Like (1) Reply Delete

KawiVulc 2 months ago
"Charlie Brown" was the name of a co-worker at a mail in art school Shulz worked at.
Like (2) Reply Delete

daDoctah KawiVulc 2 months ago
I used to work with a guy in our office (an accountant) named Charles S Brown. He went by Charlie. More than one first-time visitor would be amazed and say "did you just call that guy Charlie Brown?!"
Like (2) Reply Delete

15inchBlackandWhite KawiVulc 2 months ago
I remember that school. It was in Minneapolis. They constantly ran TV ads urging you to draw a picture of this turtle and send it in so that they could evaluate your talent.
Like (1) Reply Delete