7 TV crossovers that took us by surprise

These episodes didn't always make sense, but they never failed to amuse. 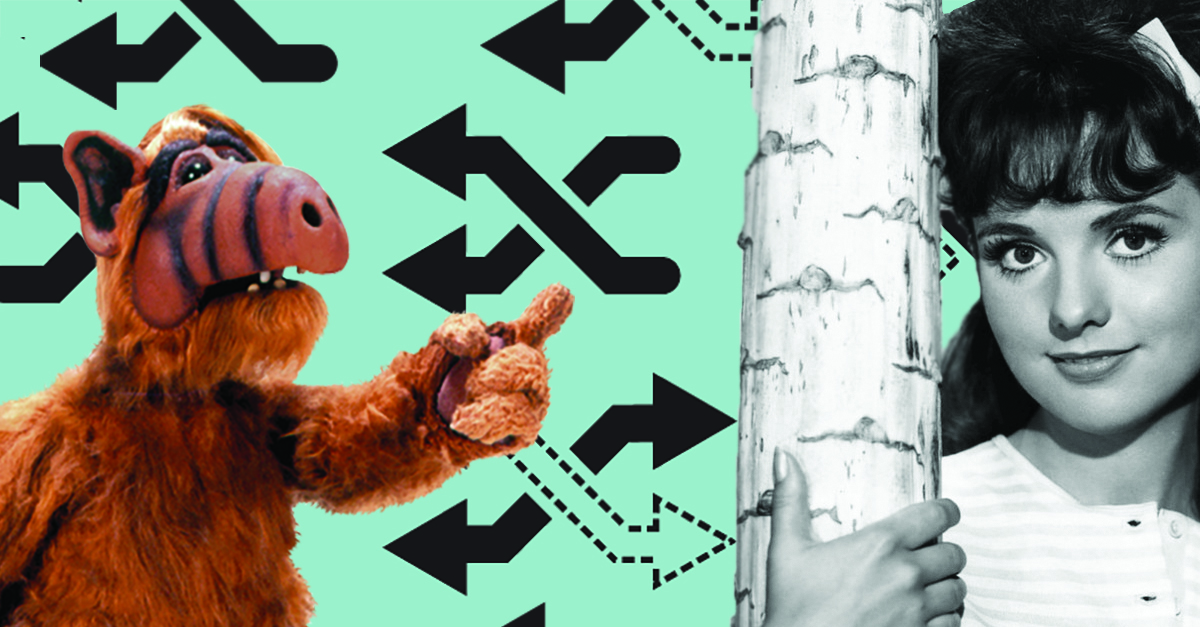 Sometimes the characters on TV seem so real, you almost feel like you could reach through the screen and tousle their perfect hair. Of course, no matter how much magic your TV cranks out, it's impossible to cross over into their fictional worlds. That's probably why it was always such a thrill any time a character from one beloved show turned up on another show when you're simply not expecting it.

Different from a backdoor pilot, in which a character appears on an established show and later appears in a spin-off, these TV crossovers featured characters from unrelated shows mingling together. Those rare moments when you were, say, enjoying ALF, and before you could second-guess it, ALF wandered onto Gilligan's Island.

It was the same random delight as combining all the drinks at the soda fountain into one cup. There was often no rationale given for these crossover cameos. It was typically just for fun. Some networks, like NBC, had so much fun, they eventually started creating special TV events around them.

The best crossovers we could find tended to invent a reason to transport a classic TV character to a new town. Do you remember these crossover moments? Read on to watch the clash of classic TV titans like The Love Boat and Charlie's Angels, Batman and The Green Hornet, and more.

1. Batman and The Green Hornet 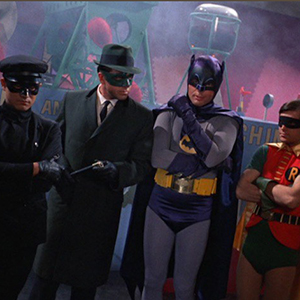 Perhaps one of the most memorable crossover episodes of all time was a two-part crossover between Batman and The Green Hornet. In "A Piece of the Action," Batman and Robin clash with the other crime-fighting duo, who has come to Gotham City to stop a counterfeit operation. The fight scene with Bruce Lee is amazing, and still more fun than a lot of the more recent superhero rivals we've seen on the big screen since this episode debuted in 1967.

2. Charlie's Angels and The Love Boat 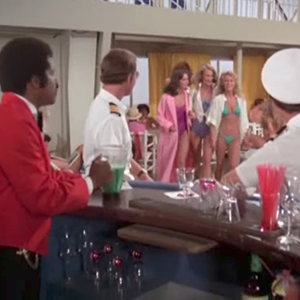 In the first episode of season 4 of Charlie's Angels, "Love Boat Angels," Sabrina Duncan is out and Tiffany Welles is in. The new trio boards The Love Boat, only to become a target for a major crime boss. The crossover episode featured The Love Boat theme song and frequent shots of the boat itself, just in case you weren't paying attention to subtle scenes, like when the crew loses their minds while hovering at the bar as the Angels first appear poolside. This memorable crossover surfaced because Aaron Spelling produced both shows. 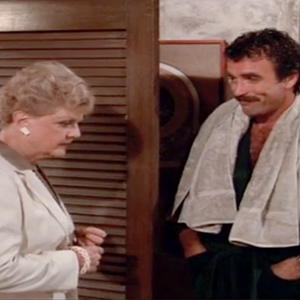 "Magnum on Ice" was a very special episode of Murder, She Wrote — if you were a Magnum, P.I. fan, at least. The episode found one of TV's favorite mustache-sporting detectives keeping his cool while awaiting help from someone he assumes is a male investigator named J.B. Fletcher. When mystery writer Jessica Fletcher shows up instead, Thomas Magnum's pride is threatened almost as much as the targets of the episode's hitman. Wondering what sent Fletcher to Hawaii to bring about these delightful exchanges? She was on vacation, of course. 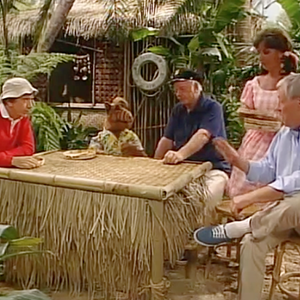 Here's an unusual crossover that absolutely did not take itself seriously. In "Somewhere Over the Rerun," an episode from the second season of ALF, we watched as ALF became obsessed with Gilligan's Island, only to end up stranded with the U.S.S. Minnow crew too. Tongue-in-cheek moments abound, poking fun at the TV classic while ALF represents all of us, simply mystified to be among them. That's why we can probably all relate when ALF bursts this line out to Gilligan and the Skipper upon meeting the famous TV duo: "I worship the sand you walk on!"

5. The Dick Van Dyke Show and Mad About You 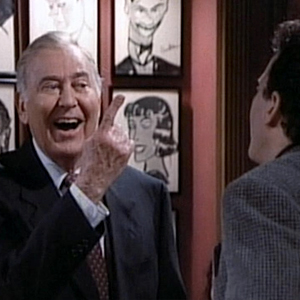 One of the most jarring crossovers occurred in 1992 when Carl Reiner stole every scene of a special episode of Mad About You that revived his character Alan Brady from The Dick Van Dyke Show. It was in the third season for an episode called "The Alan Brady Show," in which series creator Paul Reiser has his character recruit TV legend Alan Brady to narrate a documentary he's making on the history of TV. (If only we could watch that!) Both stars simply ignored the 30-year lag between the two shows to make the crossover work.

6. The Jeffersons and The Fresh Prince of Bel-Air 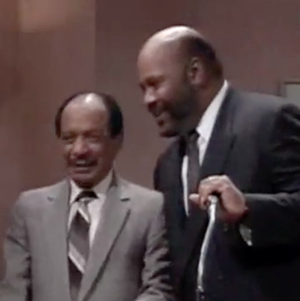 The '90s Will Smith vehicle The Fresh Prince of Bel-Air showed maximum respect to its groundbreaking predecessors like The Jeffersons and Diff'rent Strokes. Unlike other crossover shows, though, when the Fresh Prince brought on stars like The Jeffersons' Sherman Hemsley, it was usually to revive the character but by another name (because that's not confusing). So in "Here Comes the Judge," Hemsley is not George Jefferson exactly, but "Judge Robertson." He's still the same jokester, and he can be seen jabbing Uncle Phil with an insult followed by his signature chuckle. 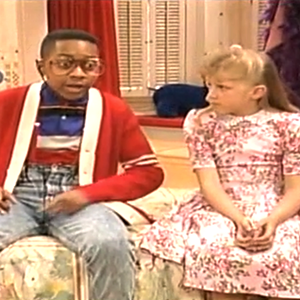 Between 1989 and 1991, ABC's TGIF lineup ran Full House and Family Matters back-to-back. Since the first show takes place in San Francisco and the other takes place in Chicago, it's not exactly like their characters would bump into each other at school, even though most TV fans often always remember the shows together, like they were siblings. That's why it was extra awesome when Steve Urkel shows up on Full House in an episode called "Stephanie Gets Framed." The story goes that Urkel was in town visiting a cousin, but we all know that's just a likely story to put two of TV's most lovable nerdy kids on the same screen.

cripplious 9 months ago
They had George and Weezie on Fresh Prince when Will and Lisa take a couple's course with the Jefferson's. Will is from Mars also Helmsley guest as George Jefferson on House of Payne.
Like Reply Delete