7 things you never knew about Underoos

They were "the underwear that was fun to wear." 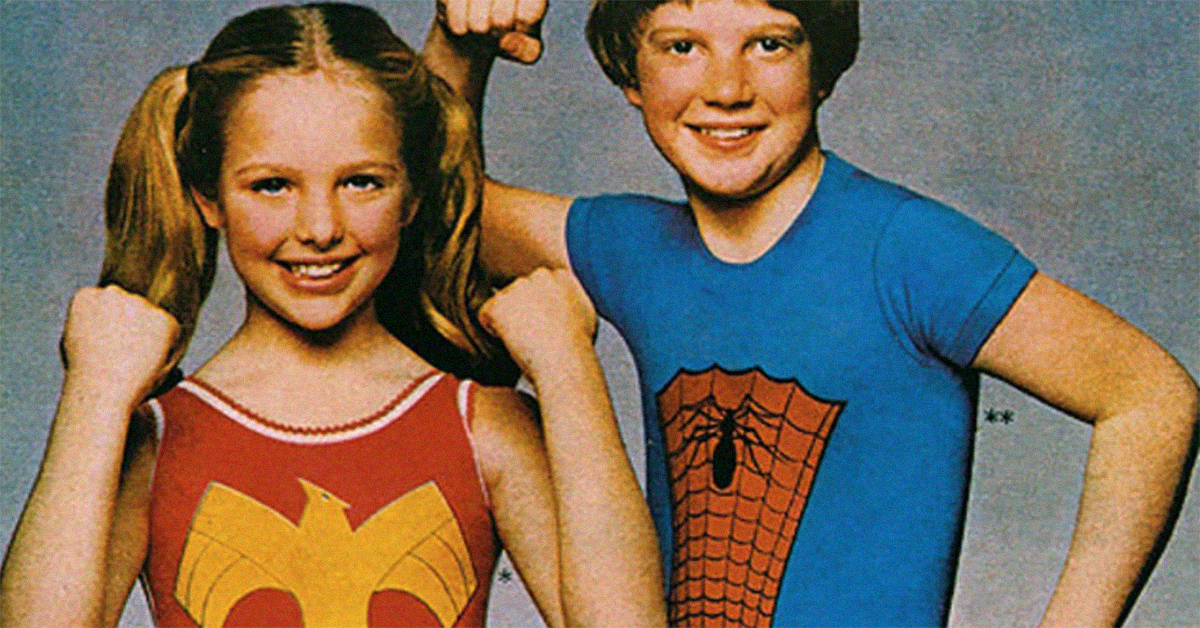 Top image: Fruit of the Loom

Who as a kid didn't want to be Wonder Woman or Superman? Able to leap couch-cushion fortresses in a single bound. Faster than a speeding poodle. More powerful than a little brother. In our Underoos we were just like our idols from the comic books!

The brilliant hybrid of superhero costume and polyester underwear was launched by Fruit of the Loom in 1978. Instead of boring old tighty-whities, we could sport bold… er, tighty-red-and-bluies. Sure, nobody at school could tell you were Spider-Man, but that made you feel like Peter Parker hiding his secret identity.

For almost four decades, Underoos have been part of growing up — or suspended adolescence. Iron-Man refers to Spider-Man as "Underoos" in Captain America: Civil War. But they remain deeply nostalgic for the Star Wars generation. Let's take a look at some surprising things you might not know about "the underwear that's fun to wear."

1. They were invented by the creator of Fruity Pebbles. 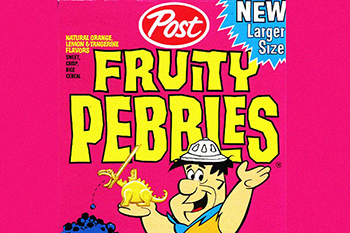 Underoos were the creation of Larry Weiss, a former product manager for Post Cereal. In the late 1960s, he had a brainstorm to re-brand the company's Sugar Rice Krinkles as a Flintstones tie-in. According to his website, Weiss also developed Hungry Jack pancake mix.

2. The name came from a nine year old. 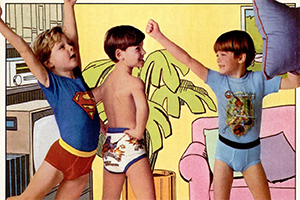 According to Weiss' interview with Mental Floss, "Underoos" came from his young son, who spat out the name while watching dad whip up concept sketches of the product.

Image: Fruit of the Loom 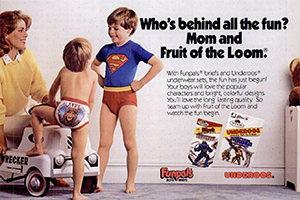 Weiss pitched Underoos to both Hanes and Scott Paper. Somehow, those corporations could not see the appeal of superhero costumes for children? Go figure. They are probably kicking themselves in their Aquaman briefs.

Image: Fruit of the Loom

4. They brought together Marvel and DC superheroes.

The two giants of the comic book industry rarely bring their heroes together. It's almost unheard of today. However, Weiss obtained licenses from DC Comics, Marvel Comics, Hanna-Barbera and Archie Comics, allowing icons from all the universes to coexist. As you can see in this vintage commercial from the early 1980s, it seems as if Spider-Man joined the Justice League.

5. The Archie themed Underoos were a flop.

Despite the best efforts and dance moves of Betty and Veronica, the Archie Comics characters were not a hit. Perhaps because their outfits did not translate well to briefs and T-shirts. (The Archie top had an image of a bow tie.) Or perhaps it was just because kids would much rather be Batman than Jughead. 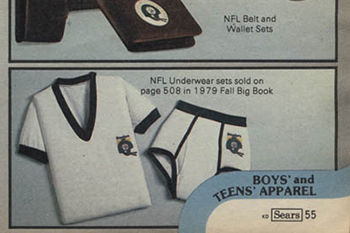 After the smash success of Underoos, Weiss looked to strike gold again with new licenses and apparal concepts. His "NFL Pros" line would essentially be Underoos for professional football. His surprising failure with NFL Pros was perhaps due to the oversaturation of NFL products in the 1970s. As you can see in this 1979 Sears catalog page, the NFL already sold boys underwear. On the other hand, "Bandaroos," superhero-themed bandanas, was not a great concept. How many kids do you see wearing bandanas?

7. They are now sold for adults. 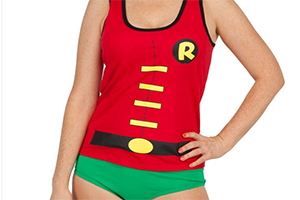 Adulthood is quite different now compared to 1978. The Underoos website sells sets for everything from He-Man to Power Rangers for grown humans.