Did you know that the Star Trek star has ties to Betty White, Superman, Wyatt Earp and a noted inventor? 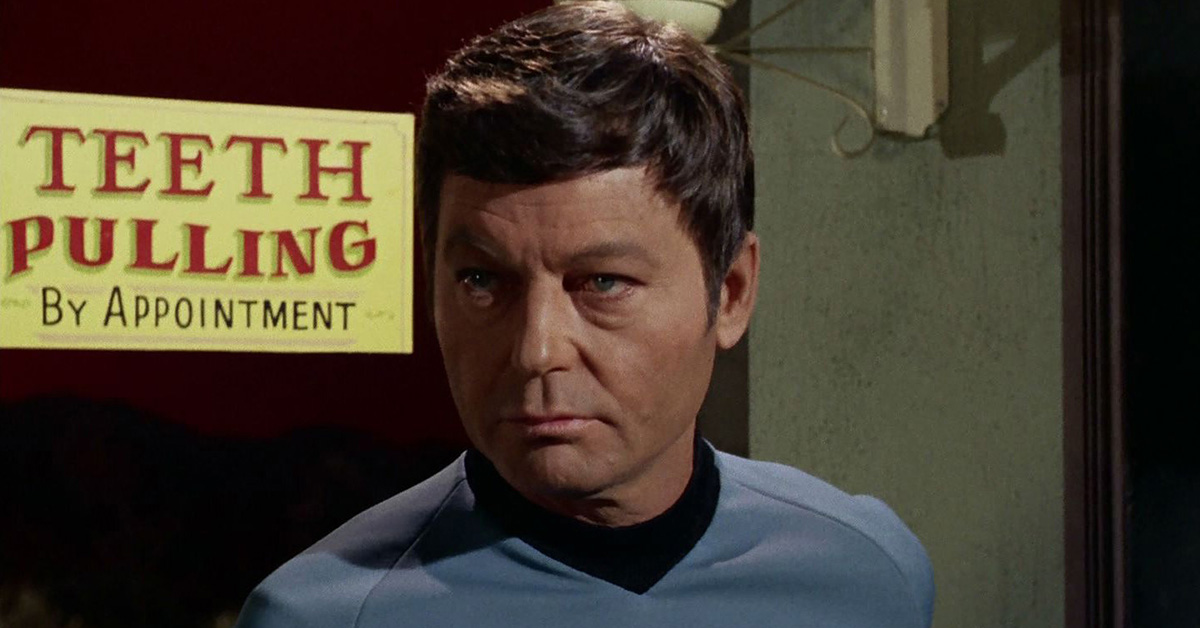 DeForest Kelley will live forever as one of the crewmembers of the Starship Enterprise. As the cantankerous and witty Dr. Leonard McCoy, he brought a dose of comedy to Star Trek. How much did he define the role? Even in the new movie reboots, Karl Urban is essentially doing a DeForest Kelley impression, and that is fine by us.

Though today everyone associates Kelley with the lovable Bones, it was an unlikely casting, as the actor had been mostly typecast as a villain. We salute the good doctor with these fascinating facts about his life.

1. He was named after scientist and radio pioneer Lee de Forest 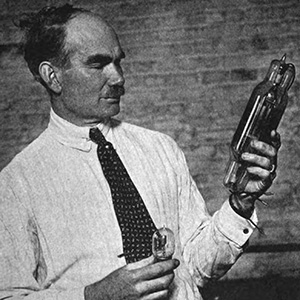 The Georgia-born Kelley was the son of a minister. The inventor Lee de Forest held over 180 patents. Throughout his screen career, the actor was billed with a variety of spellings — De Forest, DeForrest and De Forrest.

2. He was in a 1945 U.S. Armed Forces training film with George Reeves and Betty White. 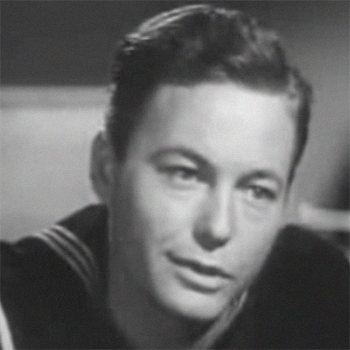 Kelley enlisted in the United States Army Air Forces and served in the First Motion Picture Unit. He appeared in the educational short Time to Kill, which was the first screen credit for a young Betty White! Oh, and Superman George Reeves co-starred as well.

3. He filmed the Gunfight at the O.K. Corral three separate times, as three different characters. 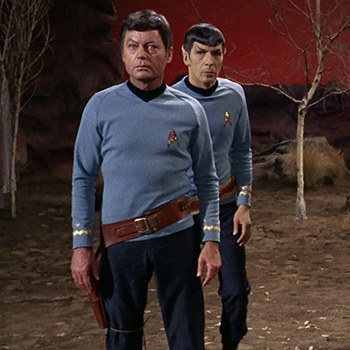 In 1955, he took the role of Ike Clanton in the TV series You Are There. In the 1957 film Gunfight at the O.K. Corral he appeared as Morgan Earp. Finally, in one of the latter Star Trek episodes, "Spectre of the Gun," Kelley filled the shoes of Tom McLaury.

4. He filmed two pilots with Gene Roddenberry prior to Star Trek. 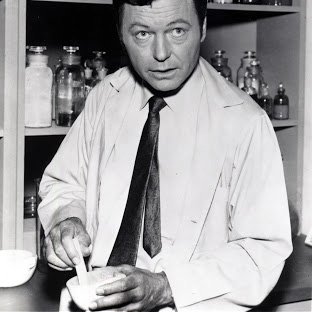 Roddenberry had a handful of projects before Star Trek took off, and the creator cast future Enterprise crew in many of them. Nichelle Nichols was on The Lieutenant.  However, Kelley appeared in two pilots that failed to get picked up. First came 333 Montgomery, which was aired as an episode of Alcoa Theatre. Later, he played a doctor, lab chief Greene, on the cop show Police Story — not to be confused with the 1973 series of the same name.

5. He was in an episode of 'The Virginian' with Leonard Nimoy. 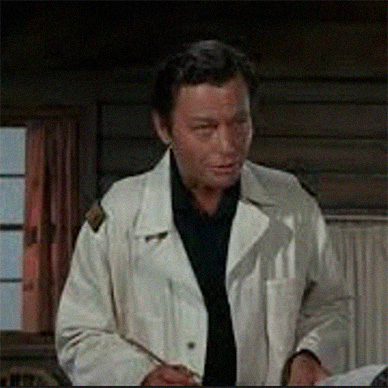 Kelley was most often cast as a villain in his early career. Yet on this western he got to play doctor in the episode "Man of Violence." In a move that might shock Trekkies, Kelley's character Beldon is perhaps responsible for the death of Nimoy's Wismer.

6. He was originally offered the role of Spock. 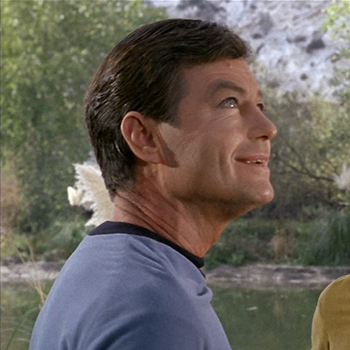 Speaking of Spock, Kelley almost wore the pointy Vulcan ears! As he told Star Trek Monthly magazine later in life, “It wouldn’t have worked with me as Spock. I still remember Gene [Roddenberry] saying there were two roles in Star Trek he thought I’d be right for. One of them was [Spock] and one of them was what I called High Noon [Bones]. I thought it over and I said, ‘I’ll take High Noon, Gene.’ High Noon worked out just fine for me, wouldn’t you agree?”

7. He delivered his "I'm a doctor, not a…" catchphrase 15 times on the original series. 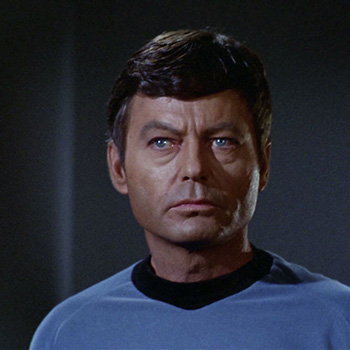