Here's a story of a lovely family—who's a little more flawed than you might think! 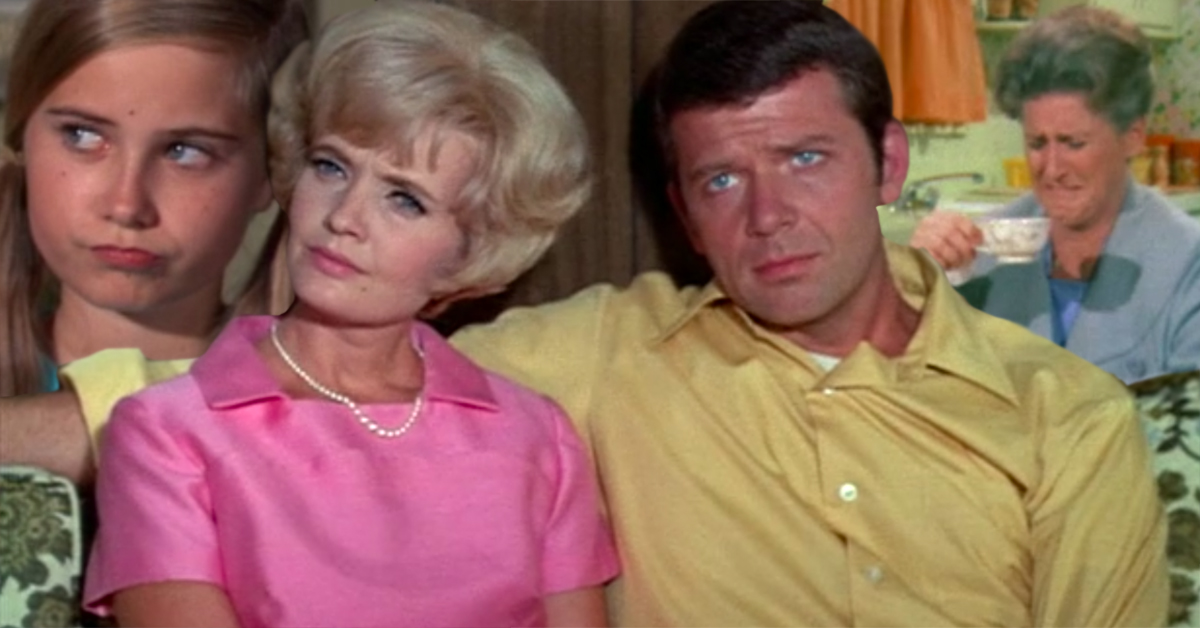 Since The Brady Bunch debuted in 1969, the series name has become synonymous with the notion of "the perfect family." When Mike and Carol joined their clans, it went beyond just bringing their families together. In many ways, the morals of each episode's story had the power to bring viewers at home closer to their families, too.

That's because every episode features a neat conclusion, where every question is answered and every frown turned upside down. No matter how many times the boys and girls found themselves at odds, Mike and Carol always knew the right equation to solve each problem that arose. 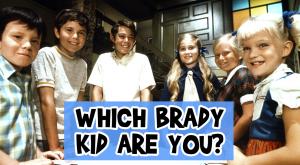 Which Brady kid are you?

However, even families who seem perfect can also be dealing with some unaddressed flaws behind those closed doors of their lovely ranch-style home. Here, we've put The Brady Bunch under the microscope to reveal that, although all the episodes end ideally, the messy road to every agreeable destination can be just as rough and occasionally problematic as ironing out issues in any home can be.

From cruel behavior that leads Alice to quit, to manipulative schemes cracked by Mike and Carol, see how many of these moral hiccups you can recall from the TV family who practically wrote the honor code for doing right by one another.

1. The family's behavior leads Alice to quit in the very first season. 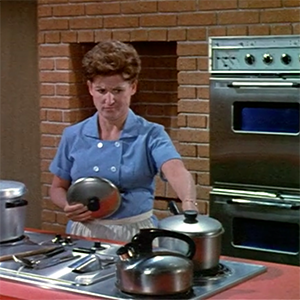 In the first season episode "Alice Doesn't Live Here Anymore," Carol is in, and Alice is out. Admittedly, this is mostly by Alice's choice, as she recognizes Carol is perfectly capable of handling stuff like scraped knees and spats over baseball gloves.

She decides to quit and tries to get the words out during what you'd expect to be a heart to heart with Mike, but instead he has no patience with his longtime employee and tells her to quit "beating around the bush."

This inspires Alice to tell a lie, so she can have a good excuse to leave the family behind. Mike accepts her lie, and Alice says goodbye.

It takes the girls being jealous of all the attention Carol's giving the boys for the family to realize how much they still value Alice in their lives. Pictured here is the first of a few notably heavy frowns we see from Alice throughout the series run. It's pretty sad stuff, especially from the housekeeper whose character otherwise is there for comic relief! 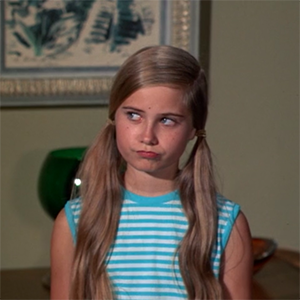 The episode "Father of the Year" finds Marcia trying to conceal her attempts to submit Mike as the best dad in a contest in town. As the episode unfolds, Marcia breaks rules, shirks chores and sneaks out of the house in the middle of the night. All of this is discovered instantly, and her punishments get more severe, until Mike makes the coldhearted call to ban the little sweetheart from the family ski trip. Everything turns out OK in the end, but seemingly only because Mike wins Father of the Year. You have to wonder what would've happened if Marcia's case about his fatherly merits wasn't so convincing!

3. Carol crashes the family car and gets sued. 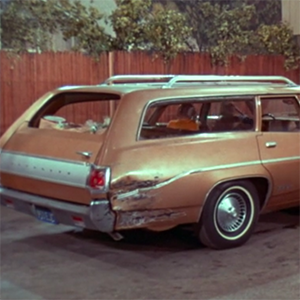 In season three, Carol accidentally backs the family car into another vehicle while grocery shopping in the episode "The Fender Benders." Not only does she seemingly not check the rearview before backing up, but she's driving this wrecklessly with her whole caravan of kids in the car. The very first line of dialog we hear is from Bobby who says, "Boy, wait till dad finds out. Is he gonna be mad!"

When Mike gets home for work, Carol is anxiously chopping vegetables in the kitchen with Alice, who tries to give her advice on how to break the news. Carol flounders, stalling from delivering her bad news, when Greg comes in and unwittingly asks who busted up the car. "Thanks a lot!" Carol says, shoving a piece of celery into Greg's mouth.

Of course when Mike sees the car, he's more level-headed about the matter than his reputation with his family suggests. That is, until it's revealed that Carol didn't report the accident. Later when the guy she hits comes back to weasel nearly $300 out of Mike for the supposed damages to his car, Mike kicks the guy out, threatening violence.

They all end up in court, fighting the guy who's trying to sue everyone's favorite TV family. The family wins the case after proving the guy's neck brace is phony, but it's certainly not the "Sunshine Day" we're used to seeing the Brady family get served.

4. Carol's story about her family gets rejected by a magazine because it's just too negative. 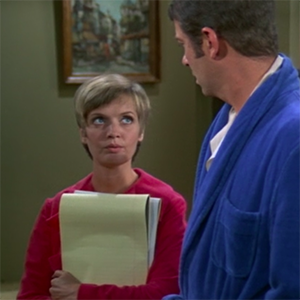 Yet "The Fender Benders" isn't the first time we've seen Carol in a snag where she decides to keep a secret from Mike as long as she can. In the prior season episode "Tell It Like It is," Carol's secretly commissioned to write a story about her family life by Tomorrow's Woman Magazine. She hides what she's doing and even sneaks out of bed at 2AM one night, waking Mike to investigate what could be wrong.

Her concerned husband encounters only more evasiveness when he drags himself out of bed to see what Carol is up to. She refuses to tell him, and he asks her to come to bed anyway. Her secrecy keeps him up all night, making him exhausted in the morning before he has to go to work.

But Carol? That same morning, she's getting all dolled up for a lunch date, which she also won't tell Mike a thing about. This leads Mike to crash the lunch date, nosing into his wife's world since she suddenly won't allow him in it. When he finds out about the story, though, he's encouraging.

Ultimately, Carol's story gets rejected, not because a happy family doesn't make for great reading, but because the stories she's chosen to tell about her bunch are just too negative. It's as shocking a twist as they come in the mostly straight-and-narrow road The Brady Bunch travels.

5. Mike and Carol manipulate Peter to make him feel guilty for an entire episode. 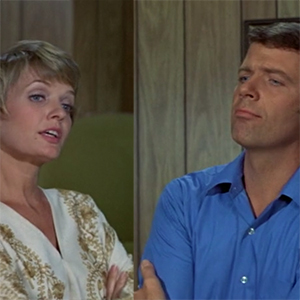 The start of "Confessions, Confessions" is really awfully sweet. Peter accidentally breaks one of Carol's favorite lamps, and all his siblings decide to band together to help him not get caught. As each kid independently goes to their parents to confess to Peter's crime, Peter ends up being the only one who doesn't own up to doing the damage.

This leads Mike and Carol to guess that Peter is actually the culprit, which is, of course, correct. Instead of talking to Peter about the problem of allowing others to accept punishment for his misdeeds, they decide instead to teach Peter a rather un-Brady-like lesson.

So they gather all the kids together and tell them that since Peter is the only one who is clearly innocent, that he will be the one to decide how his siblings will be punished. Peter struggles to come up with punishments that won't be so bad, allowing everybody to weigh in on what wouldn't pain them too much. Carol and Mike reject his punishments as too soft.

Their plan isn't working, so they double down on their manipulations. They take Peter out to buy him a gift for his camping trip, laying it on thick that he deserves it because he's been that good. They're taking him on a guilt trip instead! But even that doesn't work, and Peter accepts the present, still not owning up to his "crime." It's Peter's own conscience that gets him to 'fess up as the episode wraps up, and while Mike and Carol are proud, it's really no thanks to their manipulations.

6. The kids are so cruel to Alice that she quits. Again. 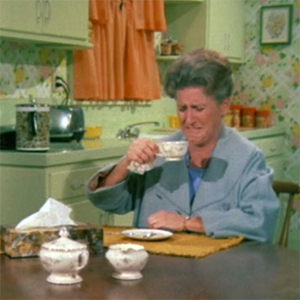 It takes Alice until the fourth season to get to the point where she's ready to quit again. This time, it's because the Brady kids are peeved that she keeps tattling on them. The episode is called "Goodbye, Alice, Hello," and in it, we see Alice break down into tears not once, but twice.

All this starts when yet again, Peter's broken another one of Carol's precious lamps. Greg helps Peter put it back together, and they make Alice promise not to tell Carol. She agrees, but when the glue they use doesn't hold up and Carol finds the lamp in pieces, Alice's got some 'splainin' to do. She rats out the boys, and then later, multiplies her problems with the kids when she informs Carol that Marcia's broken some house rules, too.

The kids get together and decide Alice can no longer be trusted, and her heart breaks when she overhears them drawing this conclusion. Once again, she makes up an excuse to quit, weeping to her confidant that she needs to get out of the Brady house, saying, "The sooner I leave, the better!" Poor Alice!

It's only when the family gets a new housekeeper who the kids like even less that they realize they've made a mistake in betraying Alice. They track her down at her new job as a waitress in a restaurant and basically get her fired by proving to be too much of a distraction. That's how much she loves them! Alice cries again and they all go home, one big happy family, just as we're all keen to always think of them.

zekezeus1 1 month ago
Marcia could be pretty nasty to Jan. I always considered her a “mean” girl after I saw the movie of the same name. She epitomized the role perfectly. Jan’s cries for help were so evident from George Glass to the fake wig to Marsha, Marsha,Marsha to the most popular girl. She never caught a break. Lol. Just my point of view.
Like Reply Delete 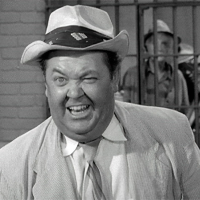 James9 17 months ago
Never cared for The Brady Bunch & never, ever watched it.
Like Reply Delete

RB 17 months ago
I didn't like how they went overboard with ostracizing Jan, to punish her for daring to want a little privacy now and then.
Like Reply Delete

RedSamRackham 28 months ago
7. Mom & Dad were just too mean to Greg in that "exact words" episode! ♣
Like Reply Delete 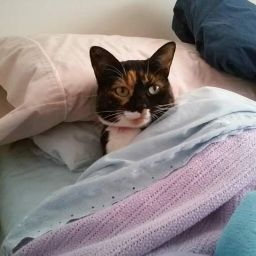 Dario 47 months ago
Goodness! For two episodes, Alice becomes her own Rodney Dangerfield; she gets no respect at all! 😋😆😁
Like Reply Delete